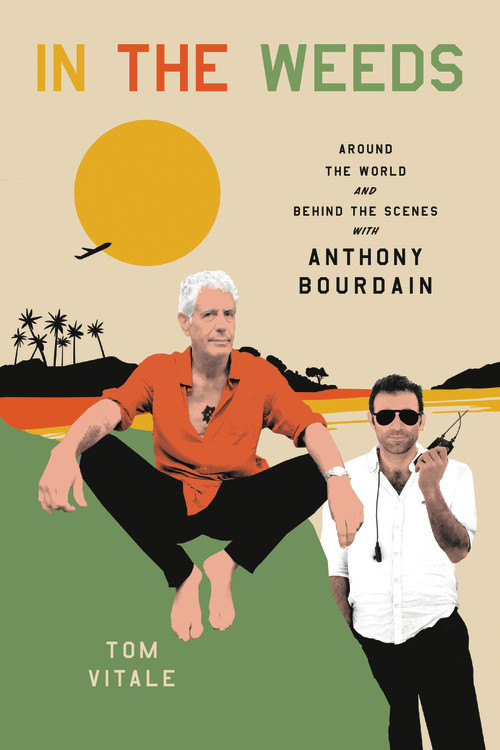 Anthony Bourdain's long time director and producer takes readers behind the scenes to reveal the insanity of filming television in some of the most vola...

Thanks! Just requested it from the library.

I first saw this on this thread, now I see there is a second video posted. So far I’ve been to each spot outside the first, the hot dog place Hirams. Curious to see the rest of the list.

FYI Knife and Fork in Atlantic City has been a long standing favorite of mine.

Should be a third part coming up too. I am having difficulty watching this guy.
Could be the worst guy to do videos, man his facial expressions are disgusting.
Thought I was going to hurl watching him eat breakfast at Lucille’s.
Has to stop watching after he shows the sandwiches at his first stop in Camden

@Ragtopssk, It’s funny you posted this. I have been trying to figure out why I don’t like watching Mark Wiens. He goes to interesting places that I’d like to know more about, but I have never made it more than a third of the way through one of his videos. Unlike you, I don’t find his expressions disgusting, maybe it’s his voice and/or general affect? I don’t know, but I just can’t watch him. I really don’t understand why he’s so wildly popular. Thoughts from others?

He has a positive joyful enthusiasm that I could never pretend to emulate. He never has a negative word for anywhere or anything.
I think (believe?) That’s his appeal.
Sort of the Mario Lopez effect.

Thanks but I don’t like Mario Lopez either, makes sense & I am not a crazy old man

I don’t know, but I just can’t watch him. I really don’t understand why he’s so wildly popular.

He never has a negative word for anywhere or anything.

This is why I don’t really like watching him. It seems like there are so many people trying to do shows like this where they go to places and just say “this is so good, this is so amazing, this is the best (whatever) you will ever have.” It’s just fluff with no insight or critical analysis about the food. Why he stands out from the crowd I have no idea.

Why I enjoy the Review Brah guy.
He tells it like it is, whatever his is is in his world.
I keep thinking about Pee Wee’s Playhouse food edition when his review of the week airs. Also a fan of Reviewbrah…especially his Voice of the Report of the Week podcast!