Some good news has come through for the missus, work wise in terms of a long overdue promotion. In a year with not that much to celebrate I went to our local wine merchant and got some champagne. I’m not a big fan of champagne but this was delicious. 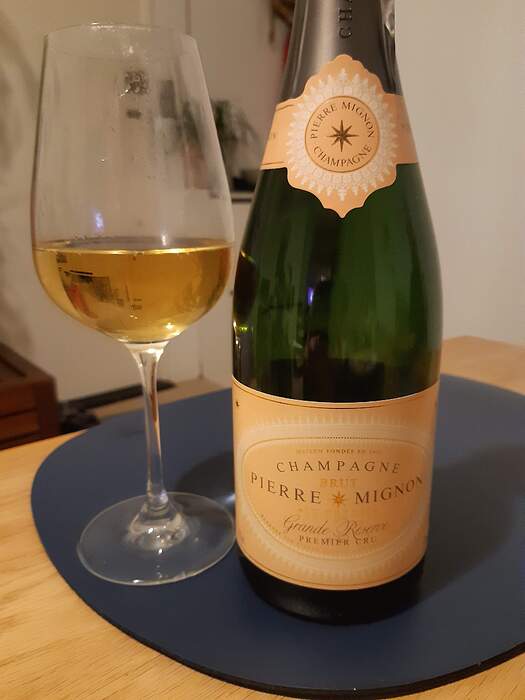 Love the name of the Champagne!

I opened this Italian white last night and my friend and I both loved it. Intensely floral, aromatic nose with notes of honeysuckle and tasting notes of honey, eucalyptus, and sherry (probably slightly oxidized 2015 vintage). It’s a blend of Malvasia, Rhein Riesling, and Friuli. Wish I had more. 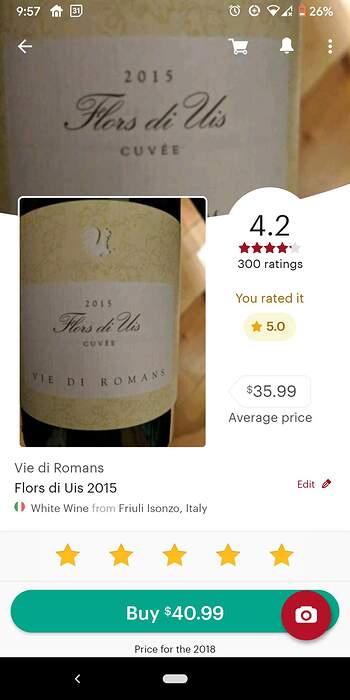 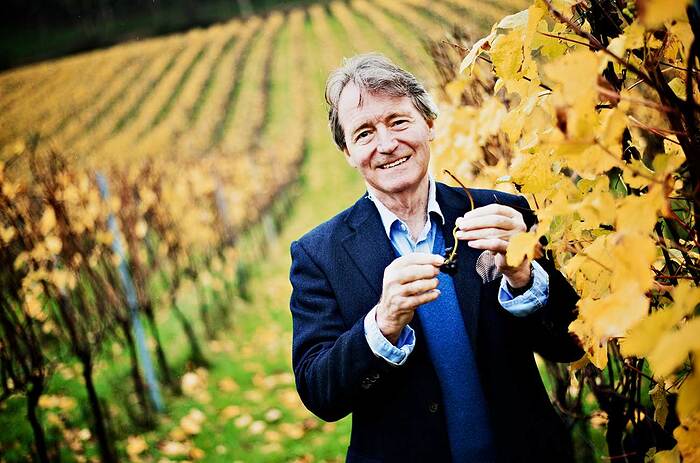 Tributes have been paid across the wine world to Steven Spurrier, the legendary expert who also organised the famous Judgement of Paris...

First of all, I’ve neglected to mention that we’ve been alternating our Ridge 3 Valleys drinking with bottles of Carl Roy’s similar blend (at similar price point). Brought a bottle to our mutual friend’s place for dinner this past weekend & he said he really liked it. A little more refined than the Ridge but not very different in what it would be eaten with.
Secondly, let me brag a little and say that I might be contributing more to this thread in the next several months, as another friend (who is in the wine tasting/reviewing biz) is moving and decided to gift several of us with wines that they wouldn’t be taking with them. I got 2 cases of mixed bottles, but heavy on early 2000’s Chateauneuf de Pape from several producers. We celebrated that night by going home and doing something that we would never do: we had a bottle of 2004 Clos des Pape CdP with a pizza (artisanal, coal oven at least) and some other delivered southern Italian food. The food was good enough & the wine is drinking very well given its age. Very well. Cant wait to try the Beaucastel CdPs and the Pontet Canet Pauillacs we got. And maybe even write about them.

Wow! That is some friend you have there (gifting you those CDPs). Enjoy!
I’ll have to look into those Carl Roy wines.

I enjoyed an excellent Napa cabernet tonight that was on sale for $19.99 at Bottle King and supposedly retails for $50. 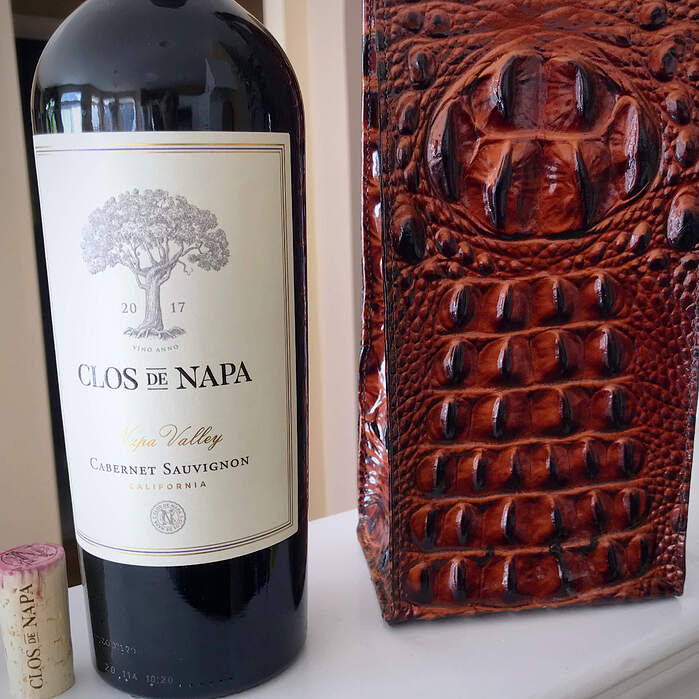 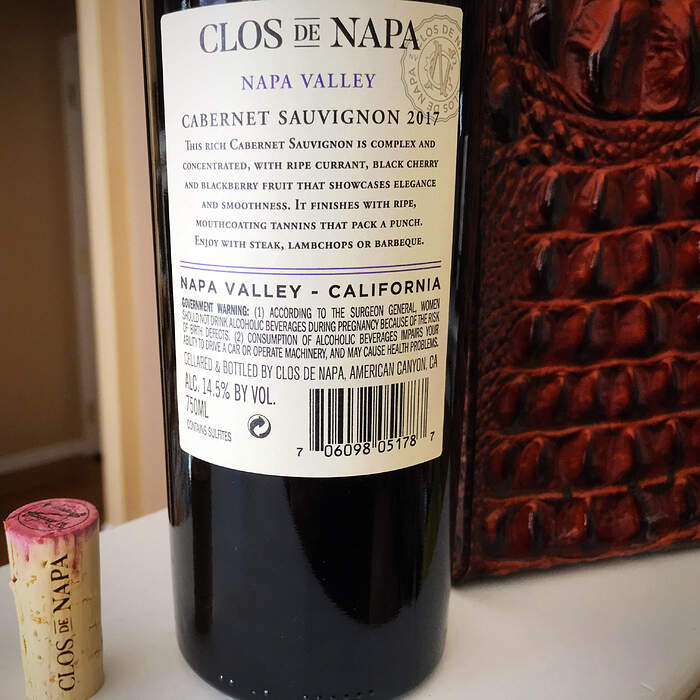 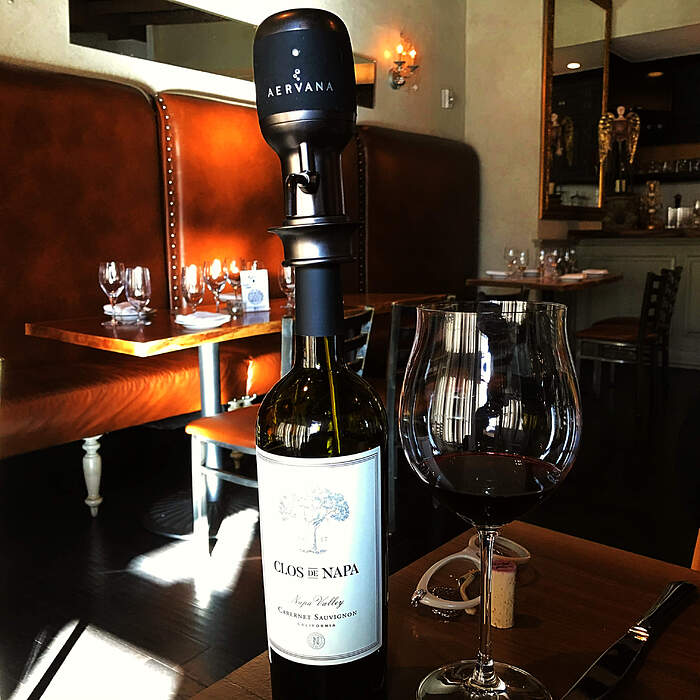 Searching for value in Napa Valley is not an easy thing to do, but in non-pandemic years we send our team of expert buyers several times a year to undercover...

Similar idea tonite, albeit in the $40 retail range: 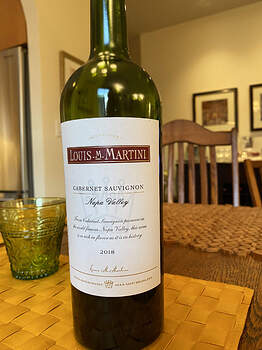 Nice and smooth. Great with the pork chops.

It’s an embossed leather wine tote from Brahmin. We go to a lot of BYO restaurants and like to carry our wine in a nice tote

Also not familiar with Carl Roy, I’ll look. I think CdP actually is a nice match with pizza.

We splurged on our favorite wine, Caymus cabernet, for our 10th anniversary. It is ridiculously priced at almost $200, but is as smooth as velvet. It was a real treat. 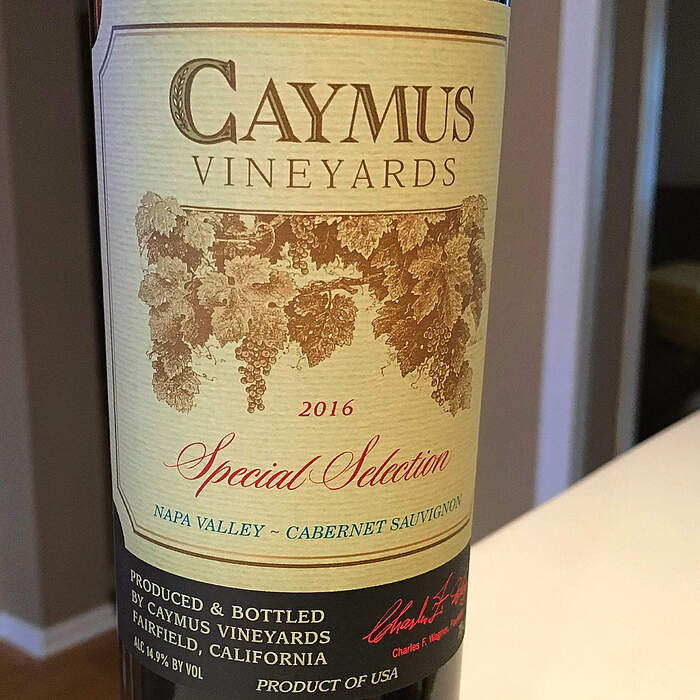 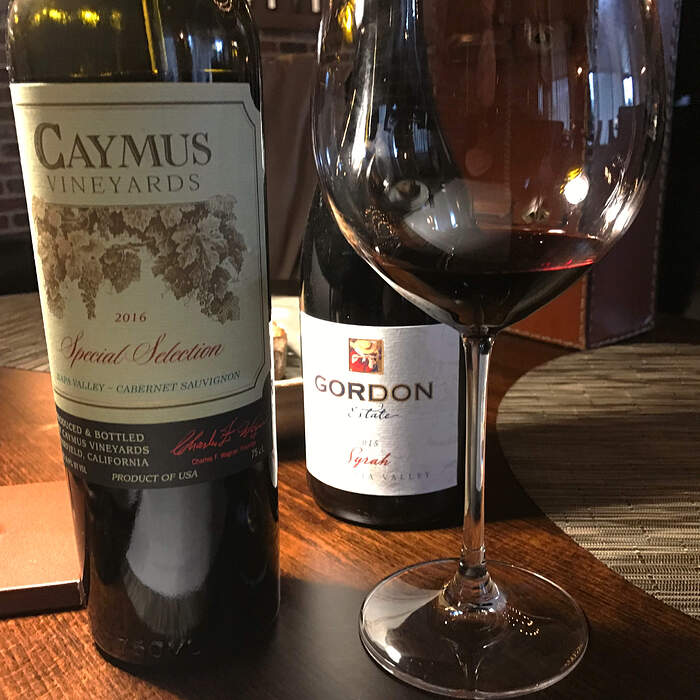 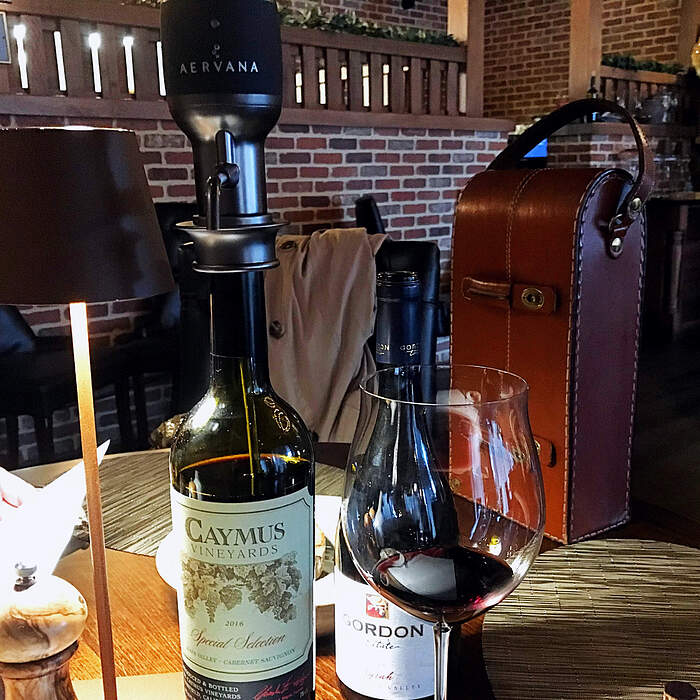 We always have a Vega Sicilia and a Champagne from Bollinger.

Our dinner’s wine was more modest but very nice as well: 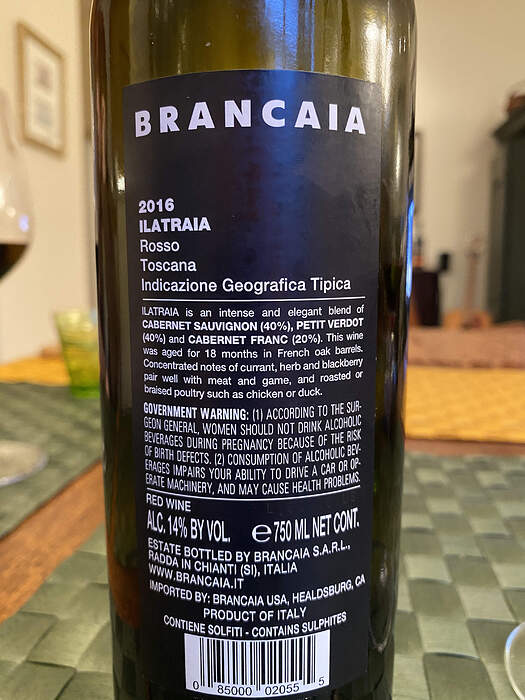 Thanks Steve!
That looks like a nice Italian wine.