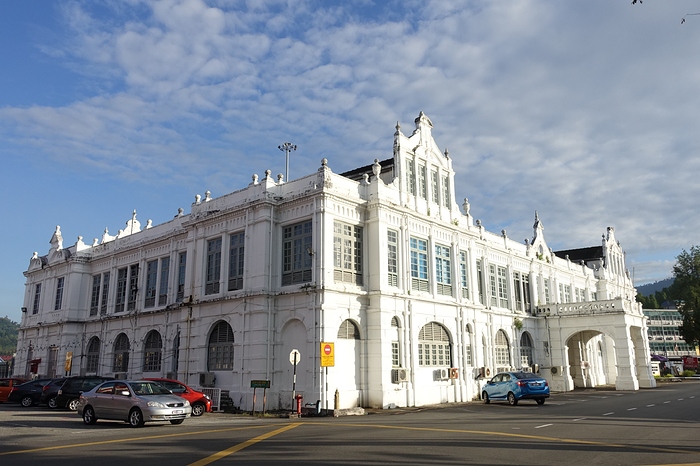 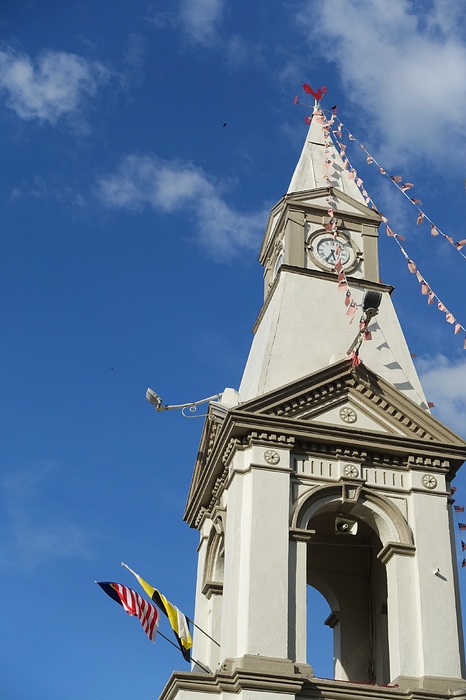 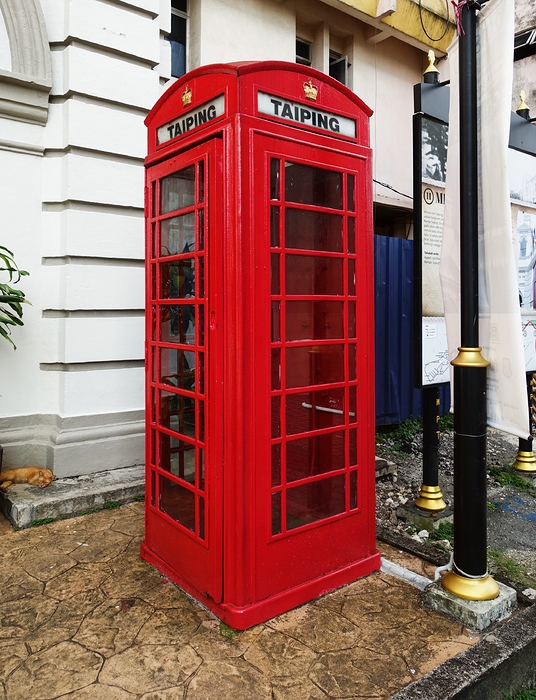 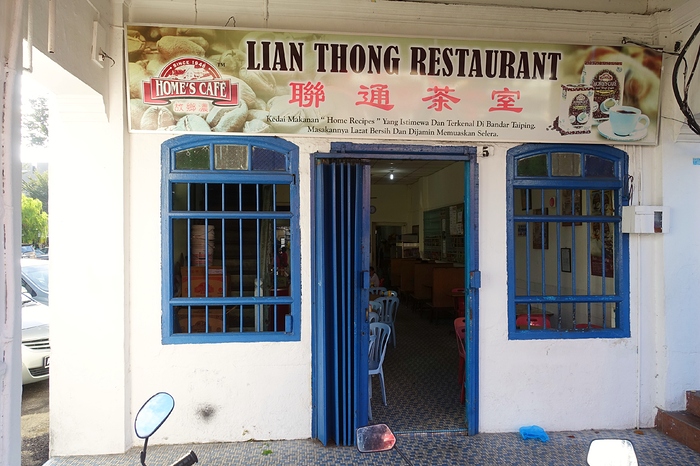 The retro-looking interior consisted of small, round 60s-style formica-topped tables and with retro booths lining one wall. GEC fans swirled lazily above. 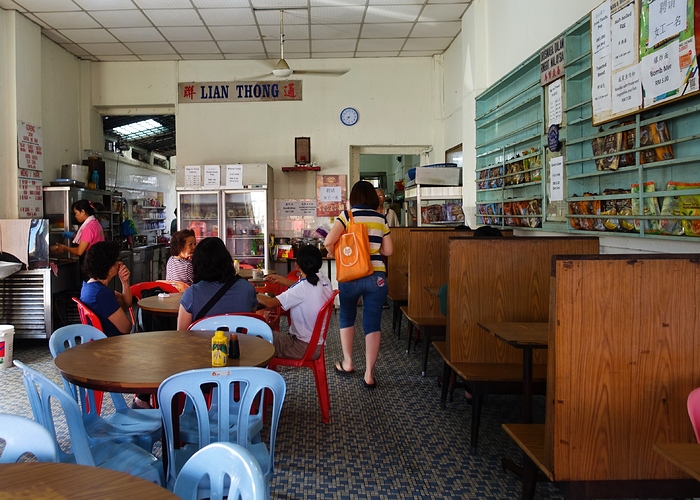 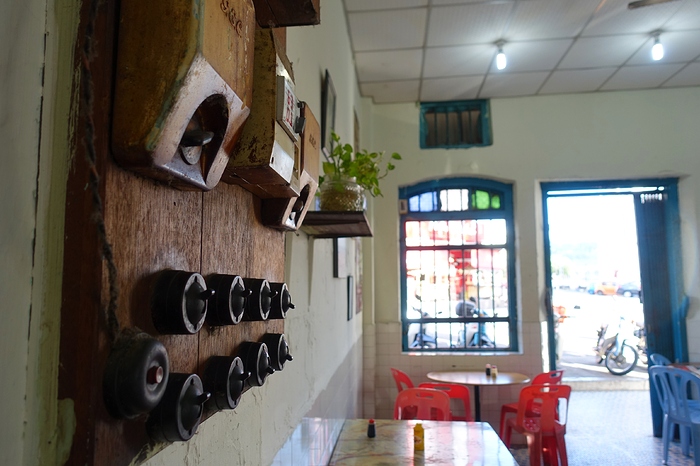 What we ordered for breakfast: 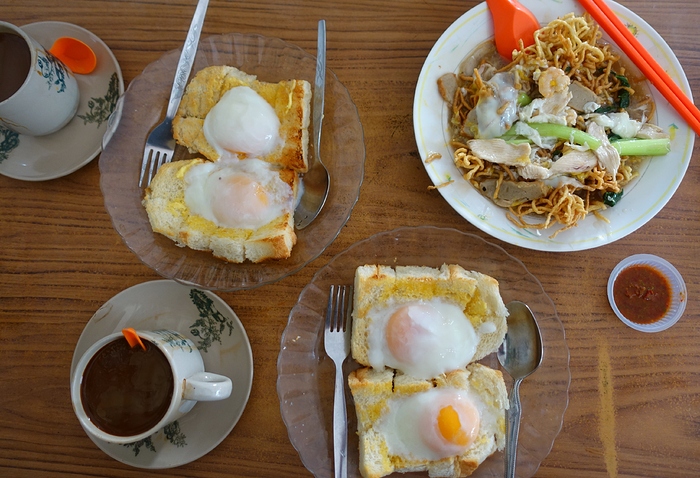 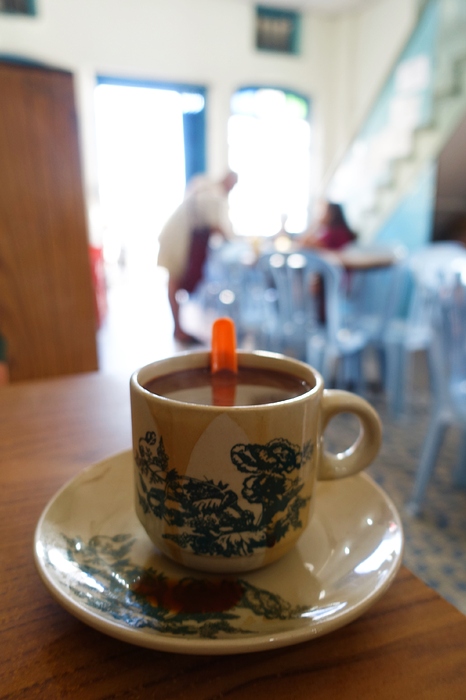 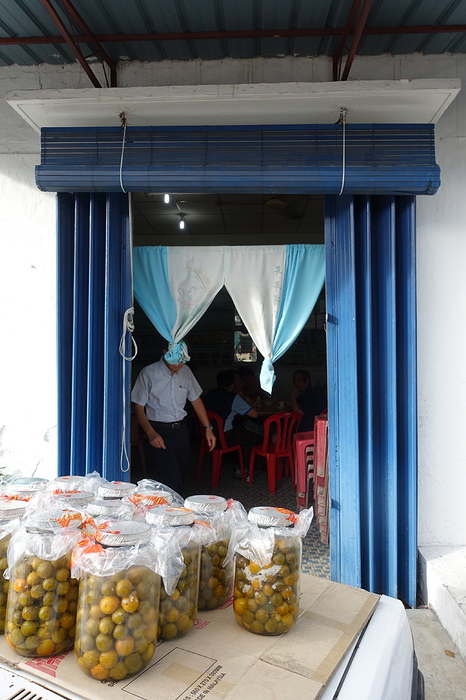 Mr Teoh Seng Huat, 66, is the 2nd-generation owner of Lian Thong, which was started by his father back in 1949 (exactly 70 years ago now), seen here with his wife who does all the cooking, whilst he brews the coffee and tea. 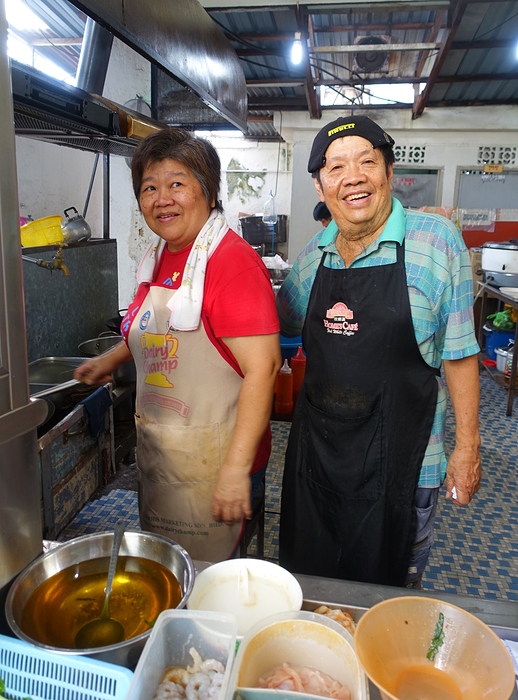 The water boiler was bought by his father from Penang and was estimated to be over a century-old. The large, gallon-sized metal mugs used by Mr Teoh to prepare his coffee were also passed down to him by his father: 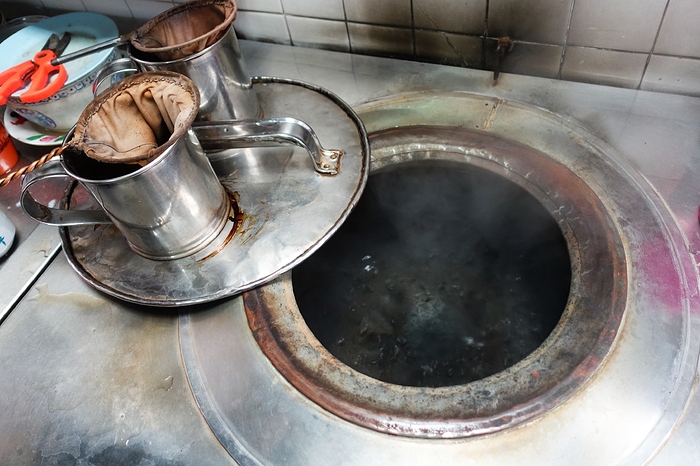 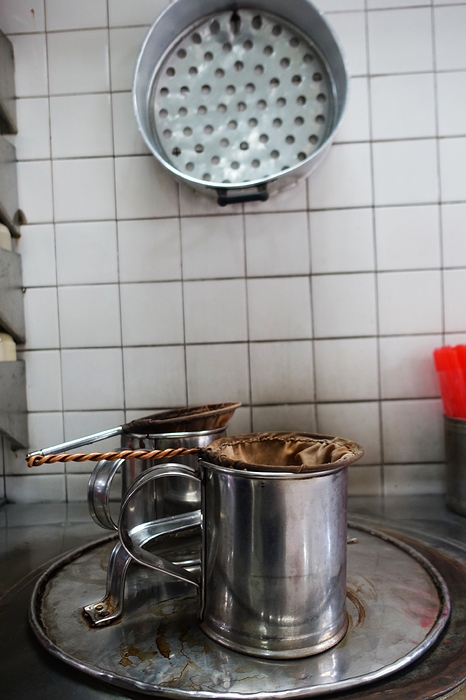 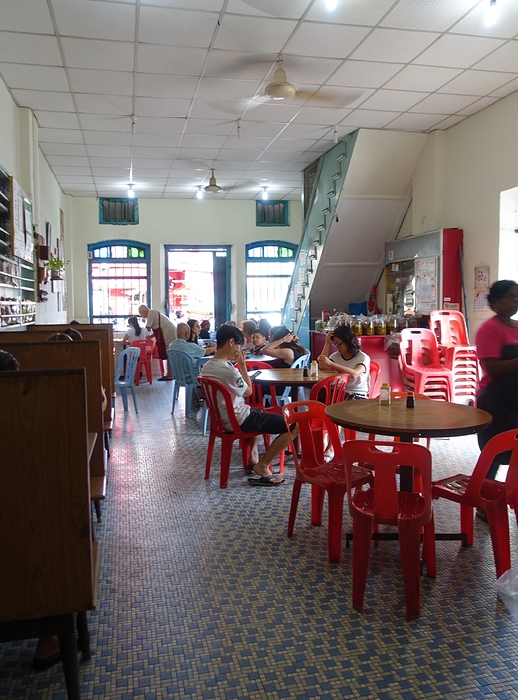 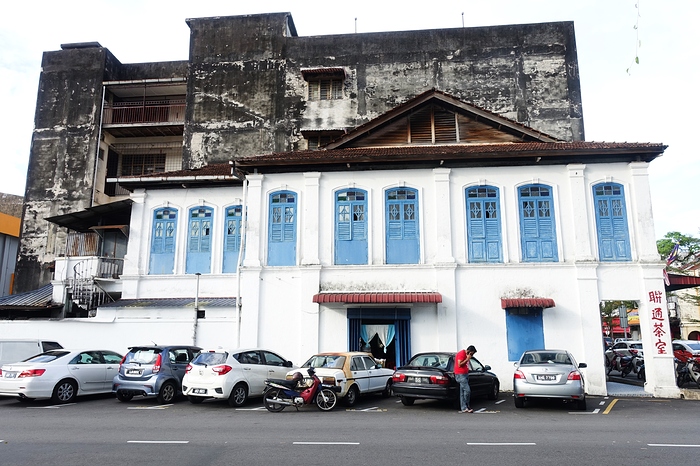 I like the photos of the foods. They are cool, especially the eggs on toast. The decoration is nice too.