According to a teaser, China Live will have SJB.

Christopher St. Cavish followed up his epic Shanghai XLB endeavors with a history and classification scheme for SJB. He characterizes them is having two axes – – a crisp axis and a puffy axis. In addition to discussing the varying levels of leavening, including none at the popular Yang’s, he mentions A place in Taiwan that uses natural yeast for leavening and gives a tang. 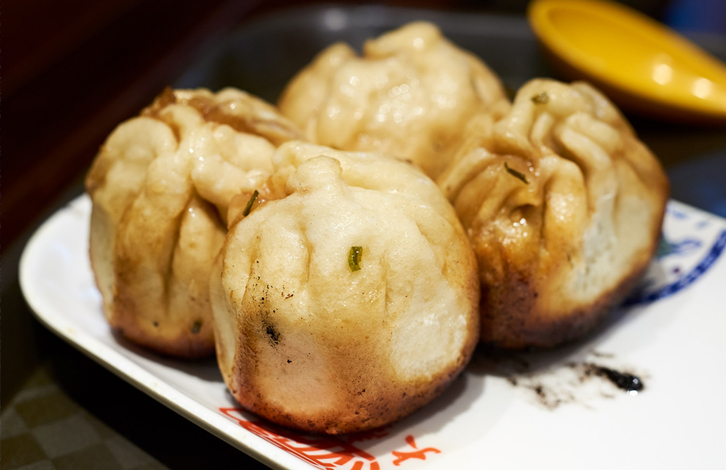 It’s an illuminating article— very few local places have the characteristic deflation he talks about in the unleavened ones. The most common local time seem to be leavened with little free-floating soup. The puffiest I’ve encountered is at the Monterey location of shanghai dumpling King, which is not an SJB but a bleached white fluffy bao that they happen to pan fry.

It’s odd that St. Cavish overlooked a key variable, whether the baozi are fried pleated side up or pleated side down, and if there is any correlation between this variable and the degree of leavening. According Shanghai’s most renowned foodie Shen Hong Fei, frying with the pleats up is “Shanghai style” while frying gthem upside down is “Suzhou style.” Be that as it may, the Suzhou style seems to predominate in Shanghai these days. 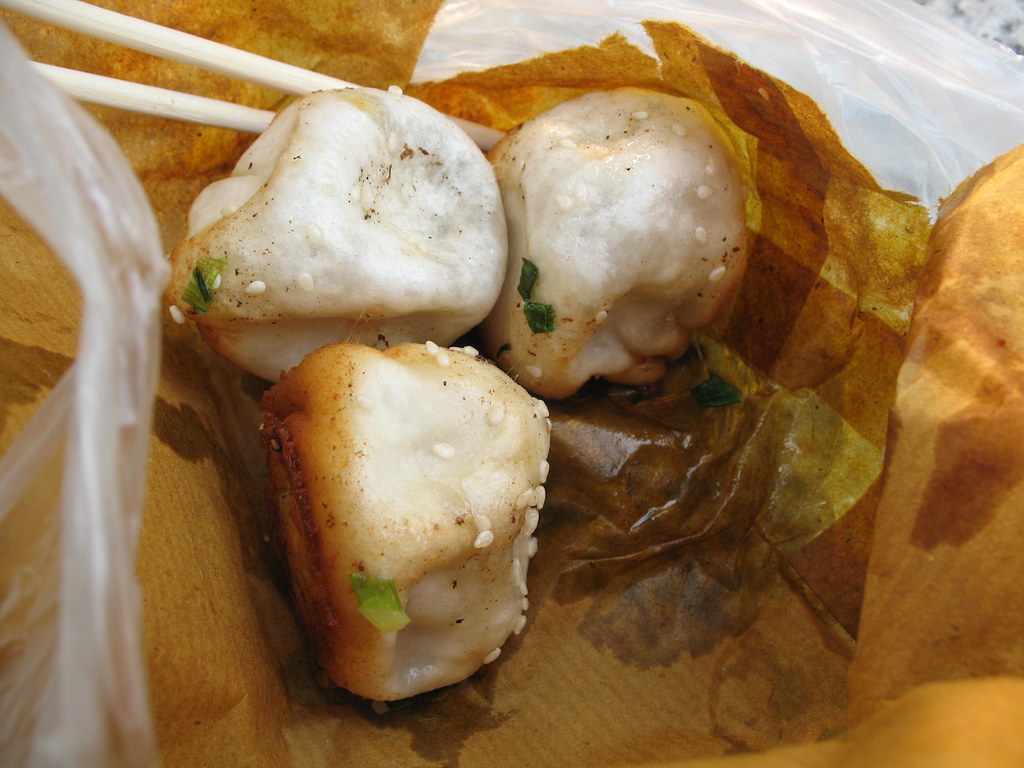 Interesting. St. Cavish traces the unleavened, presumably pleat down, soup filled style to 1930s Shanghai. I’d incorrectly assumed the soup filled ones were a current trend. Other than Shen Hong Fei quote, have you come across people talking about Suzhou style SJB, and whether that’s just popular there or originated there?

Steamed XLB leak from their top seam, so searing the seam in oil seams like a clever way of getting a thinner style bun without potential leakage. Bigger, fluffyier buns have enough stability and absorption that their direction isn’t as important (achem, I speculate despite my own failed attempt to make fluffy, bottom seared SJB

There may not be any correlation between the degree of leavening and whether they are fried “right side up” or “upside down.” They nearly all seem to be fried “Suzhou style” today.

Shen’s comment about the frying style of SJB comes at 21:00 in the midst of the Eileen Chang memorial banquet in the vide below, but the whole documentary is interesting.

Just tried the SJB (#5 on the menu) at Dumpling kitchen. There was no soup whatsoever in any of the ones we got. Should we have sent them back? The wrapper had an odd sweetness. The filling was tasty. But they were not SJB because there wasn’t even the hint of soup.

Consensus on the curent best SJB in SF?

That’s unfortunate. I haven’t been back to Dumpling Kitchen for awhile but I do remember there being at least some soup in the SJB the last time I had it there. Would also like to know where to get some good SJB in SF.

From a construction standpoint, the SJB at Shanghai bistro are fantastic. The large meatballs are wrapped tightly, and there was a full spoonful of liquid within several buns. The bottoms were thicker than the tops, but without a disruptive tuft and they stayed juicy as I work my way through the plate. The flavor is ok, not exactly smoky, but reminded me a bit of hotdogs.

SJB is normally not my thing, so I don’t have many points of reference. Is the meatball and soup supposed to be very salty? I found Shanghai Bistro’s version very much so, which kinda took attention away from other qualities its supposed to have.

very salty? I found Shanghai Bistro’s version very much so, which kinda took attention away from other qualities its supposed to have.

Those are pretty salty, and they don’t add as much Shaoxing wine or other seasonings to my taste. I remember the liquid inside their XLB being salty and oddly clear, with floating white things (protein, fat, scum?).

What appeals to me about SJB is the contrast of crunch to savory slightly wet dough, kind of like a chewier version of the bread on top of French onion soup.