Other than Hungryonion, Chowhound, and Foodtalkcentral, where do you find tips? And where do people learn about pop-ups?

Sf eater : very SF oriented. Their Essential 38 list is a well-rounded list of solid but popular places and they have lots of lists that can seed further research on HO or CH. Lots of info about openings, which seem fueled by publicists and known entities rather than off the beaten path.

SFist does a weekly roundup that summarizes a lot of other food media.

SF Weekly has been on the upswing recently, and is reporting on more obscure places than they had after Jonathan Kauffman and John Birdsall left. They also have had Peninsula tips recently, and good ones in that. This is the only one I’m listing in the OP which I’d consider tip-worthy rather than geared toward popularity and/ new openings.

Yelp’s “new openings” feature is a great way to learn about openings. I regularly do a search for Chinese openings, and will check out a place if the menu and pictures look interesting. Are there Chinese language websites that cover openings (and which might be read with google translate)?

What else do you find useful info?

I read East Bay Express and will read the sfgate food headlines, but less than half the articles since many of them aren’t reviews.

Pop ups are harder to track reliably, the best way is through facebook by following the business.

The Tablehopper Newsletter. Marcia Gagliardi curates other sources and has her own channels for info on new openings, chef changes, etc. and is pretty good at keeping up with the small ethnic joints as well as the heavily PR-ed places. Subscribe by email, or through the “current issue” button on the website.

I mainly follow East Bay food news by Luke Tsai’s blog, “What the Fork: Mid-Week Menu” in the East Bay Express along with his reviews in the Wednesday edition, which appears online on Tuesday night:

Also the Nosh column in Berkeleyside frequently has exclusives news about openings/closings and new developments as well as a well-stocked calendar of food events:

Though Marcia apparently just leveraged her follower base to get herself voted an opportunity to spend six months in NYC. Good for her, personally, but there goes another great source of local information…

Hungryonion, Chowhound, and Foodtalkcentral, where do you find tips? And where do people learn about pop-ups?

As an aside, I find Eater to be hit-or-miss when traveling (outside the bay area), but I always check it. Since it’s curated by a local “expert” it can be great, and I’ve gotten solid tips.

For the peninsula, I try to drive around a lot and write what I see

In the North Bay area near Santa Rosa BiteClub in the Press Democrat. Covers Bodega to Sonoma and Petaluma to Healdsburg generally.

Hoodline has been pumping out some great content, including openings before other media and interviews with restaurant owners, and they’re now covering Oakland. Allie Pape, formerly of SF Eater, is an editor there.

Does anyone read the food section of News for Chinese or have comments about them in general? Articles by “Raymond” get translated with astonishing clarity via Google translate, and have lots of interesting information, both about the restaurants and chefs themselves, and through Raymond’s perspective as someone born in mainland China.

Many thanks for this. You are right, I have never seen Google translate perform so well. These nuggets of info definitely will enhance my knowledge of the local Regional Chinese scene.

Everybody loves “Raymond” (or should).

I know, right? The translated version of the first review I read, I think it was of Chef Zhao, was so clear I wouldn’t have known most of it was written in another language. Google translate does a horrible job at translating Chihuo and Chinese language Facebook forums, which I’d guess has to do with a more casual style of writing. 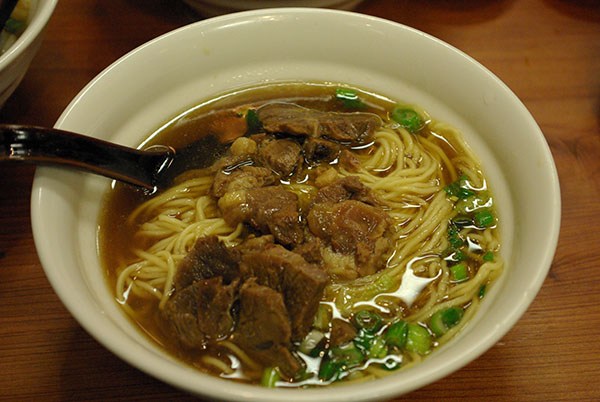 The Six Fifty has pretty good longform food articles about eating in the Silicon Valley. An example is this article about the beans from Iacopi Farms in HMB. 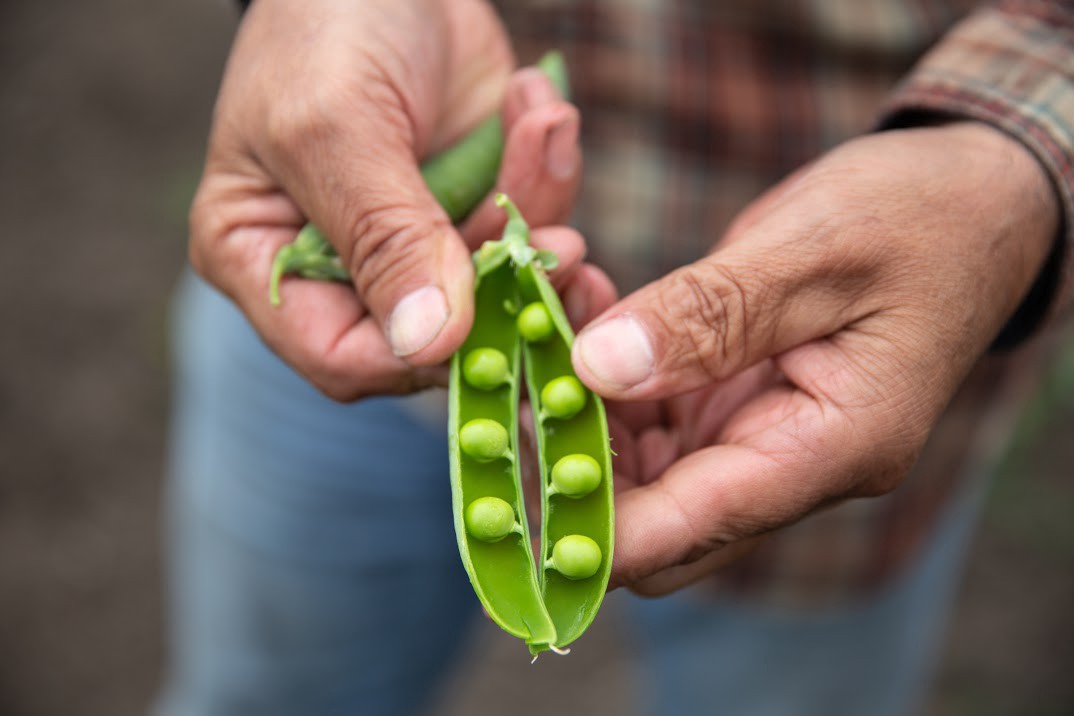 Why the Bay Area's hottest restaurants look to this Half Moon Bay farm as...

They can be tough to grow, but the beans at Iacopi Farms have garnered rock star status with in-the-know local chefs and foodies alike

It’s good to see stalwarts like Iacopi Farms get some exposure, when their hard-fought successes are threatened by upstarts like Steve Sando’s Rancho Gordo elbowing their way onto menus through hipster farmers market politicking.

I am not too familiar with Rancho Gordo other than hearing people seem to like their beans. What do you mean by hipster farmers market politicking?

Earlier this year I noticed that Hoodline was summarizing information from Yelp. The formulaic nature of their write-ups has since given me pause in linking any their articles when a human byline isn’t included, and it turns out much of their content is automated.

For neighborhoods not covered by media, potentially cuisines, this may prove to be an important tool for learning about openings. 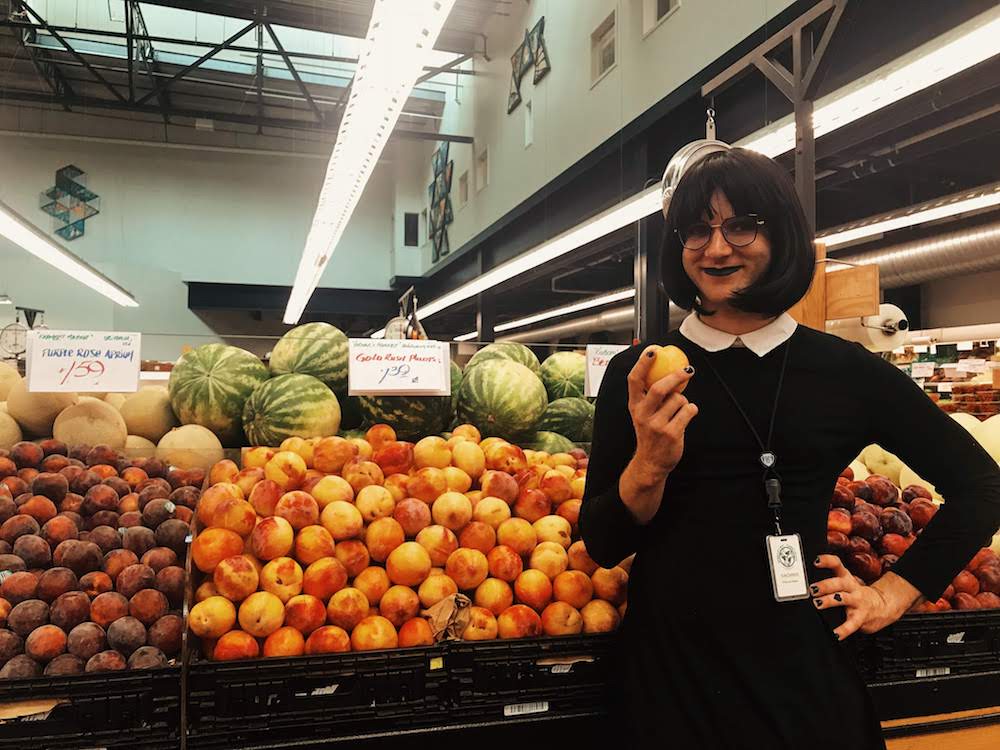 Referencing classical art and pop culture to promote grocery shopping is a stretch, but it works for a place as Berkeley as the Bowl.

Snow looks for inspiration by roaming through the store, and it comes to her in different ways; depending on the platform.

“With Instagram, I wait until I get really hungry,” she said. “I walk around with my phone or camera, and just look at the different food until something leaps out at me that I want to eat. Then I either learn about it or try to get out of my own way. The creative, inspired muse part of it happens when you’re not trying, and you want to be able to harness that.”

She continues, “On Twitter, I’m a fan of absurdism and the disconnect between structure and meaning, or between form and content, which I think is why the posts with Renaissance and Impressionist paintings do so well. There’s a difference between the cultural phenomenon of a grocery store tweeting and a 400-year-old painting hanging in the fanciest museum in the world.”

Events at Omnivore Books on Food 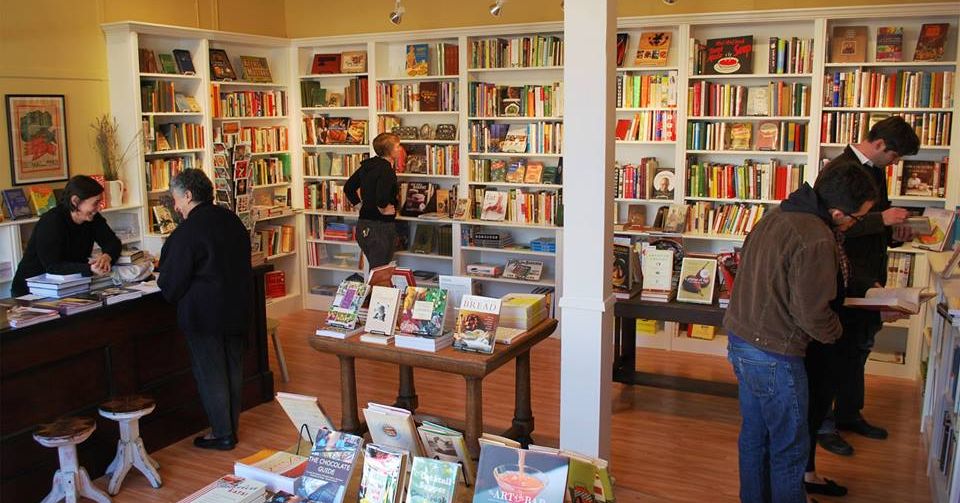