Love Bund Shanghai! Best XLB I’ve had in SF. Also many other super things. On Jackson a few storefronts off Grant.

I was actually a bit disappointed by the XLB and the other two types of dumplings we ordered. Now, I’ve not have XLB elsewhere in SF, but much better ones in Philly. At Bund, the skins were coming apart, and I didn’t find them as flavorful as other versions.

Fine for a hangover breakfast, but not a place to which I’d return. There’s got to be a better place for dumplings in SF (?).

Ooh, I’m so sorry about the XLB

I’ve only had them at one other place - Shanhai Dumpling King IIRC out in the Richmond. I make such a distinction between XLB (Shanghainese) and dim sum (Cantonese) that I’ve never considered ordering other dumpling at Bund Shanghainese. We had an insanely good pork shank once, dan dan noodles, pork belly with tofu knots and other things that I can’t recall right now. Attached are a couple of pix. 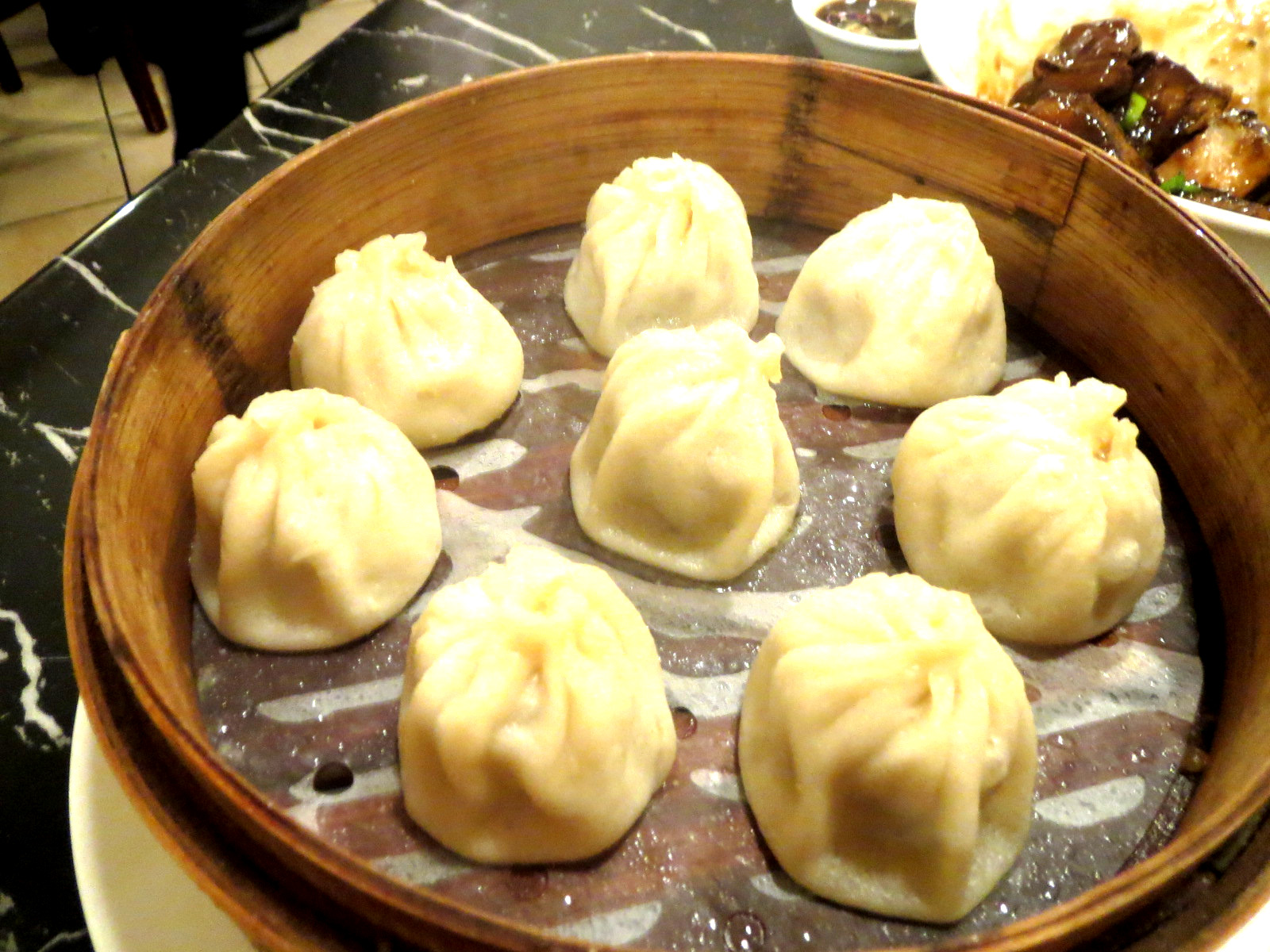 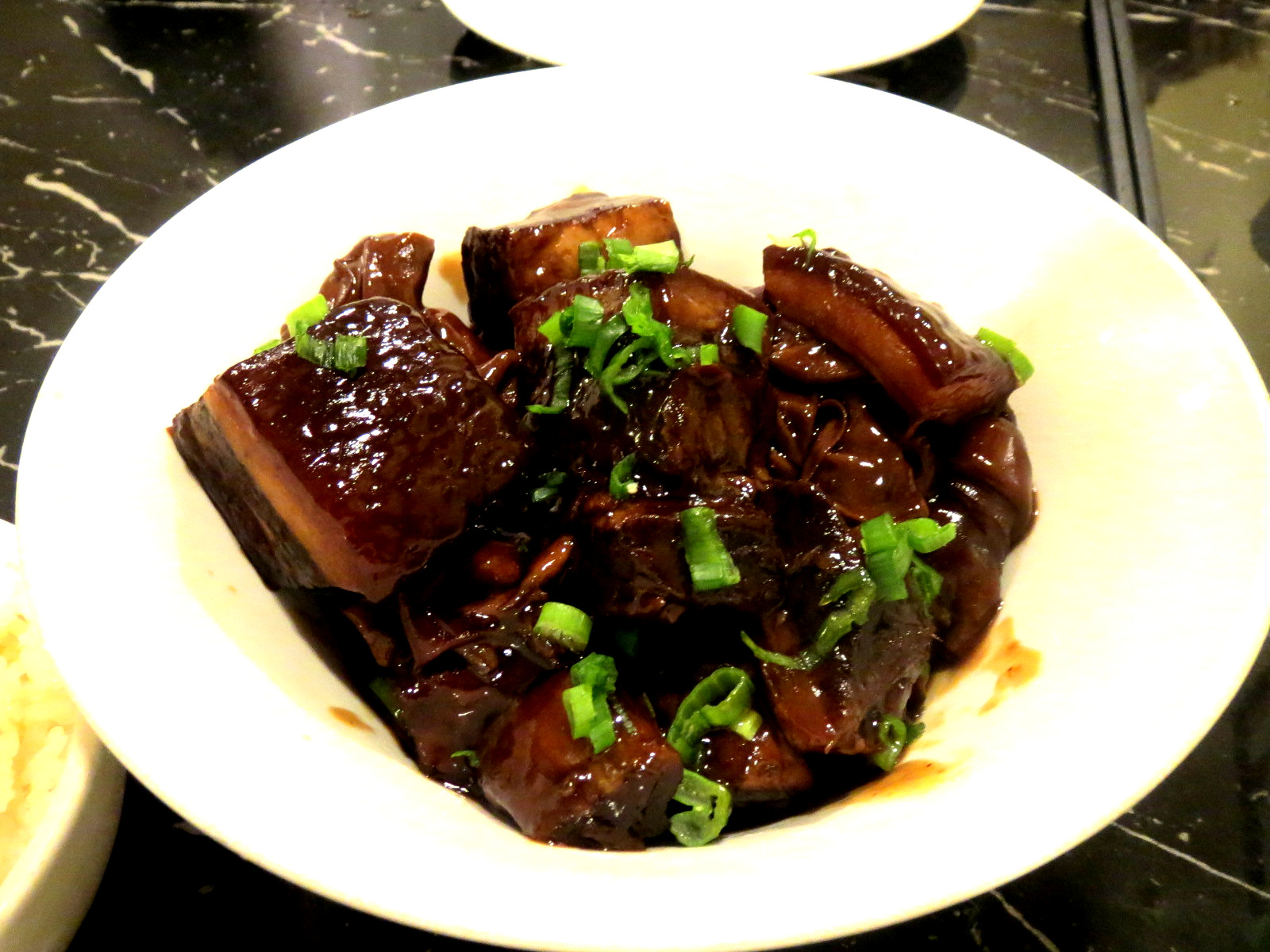 ETA: They’re not in the league with DTF but as good as what I’ve had in NYC

Have not had this dish in Chinatown but the closest is in Millbare at Tai Wu has it. You can ask if you have a favorite in Chinatown. It not that had to make. I have had home made ones before and was told it was easy to make.

Let me know if you find anything (restaurants) nice. I will likely visit SF Chinatown in a week or two.

thanks. i have seen it at Saigon Seafood harbor in Richmond and HK Lounge 1 in SF but wondering where else to get it.

Walking north from the parking garage at Portsmouth Square on Kearny Street, there’s Hanlin Tea House, Chong Qing Xiao Mian, and House of Xian Dumplings.
I had xiao long bao for lunch today at House of Xian Dumplings/ 8 for $7.95. 925 Kearny Street.
Each dumpling was filled with hot steaming broth and a good meat filling; small but sturdy - the skins are not thin but not thick either - satisfying for lunch. Service was quick and friendly.

I think I ate there a year or so ago. If the same place, very friendly, had lamb skewers, could have used more cumin.

There’s not much distinctively Xi’an about the place, but with the other two Xi’an Restaurants gone (at least temporarily) it’s all we’ve got in that category.

What? Terracotta Warrior closed? I was just there a few weeks ago and it was divine. I hope by your writing it’s temporary?

Tried,the Sheng jian bao there (house of xian dumpling). A waste of $8.

The SJB and XLB have impressions on the top that suggest they are machine made. Good is good though, so glad to hear at least the XLB are tasty.

Beyond the border…cross over to Naked Lunch on Monday only for lunch pop-up: Chao Mein by Chef Sarn Saechao/ 504 Broadway.
For menu, search facebook for Chao Mein.

Thanks for the info. I’'d been to Chef Sarn’s Sunday Night popups, and didn’t realize he had shifted to Monday lunch.

He has both Sunday evenings and Monday lunches at Naked Lunch. How are the dinners on Sundays?
Monday lunch was cancelled this week and won’t return until 7-11-16 to 504 Broadway.

Is there anything unique to SF Chinatown and the surrounding blocks these days that one can’t find easily in the burbs? The context is I used to work next to Chinatown and ate there quite a bit, but haven’t eaten there for a while because similar food can be found in the burbs like SV.

Anywhere else in the Bay Area, besides Jai Yun, Mister Jiu’s, China Live? R&G, Z&Y, soy sauce western, noodle and jook have substitutes elsewhere. Maybe Golden Gate Bakery but they are certainly not the only decent ones in town. Is Jai Yun still doing lunch? I may make a trip to Chinatown at some point in the future, and would prefer to eat there out of convenience, but wondering if it makes more sense to, for me, eat at e.g. Liguria, Cotogna or places on this North Beach thread instead.

As of two years ago, Jai Yun wasn’t doing lunch but would make an exception for a large group reservation. Their website only lists dinner hours.

It’s not lunch, but the Dragon Papa window is the only place that regularly makes Dragon Beard Candy in the Bay Area.

By lunchtime, Liguria bakery will have slim pickings if they are even still open.

By lunchtime, Liguria bakery will have slim pickings if they are even still open.

Diagonally across Washington Square from the bakery.