I was aware of kaya toast and have eaten it in KL. I was not a aware of roti titab. This is a slice of butters toast with kaya jam and a soft egg on top.

This is the first place we tried and from my research seems quite renowned for it’s roti titab. Indeed there are pictures of politicians and royalty on the walls. According to the lady running out guesthouse a Malaysian chef declared it the best kopitam in Malaysia , which may account for it’s fame. We had several photos taken by the owner so may find ourselves on the wall of fame. 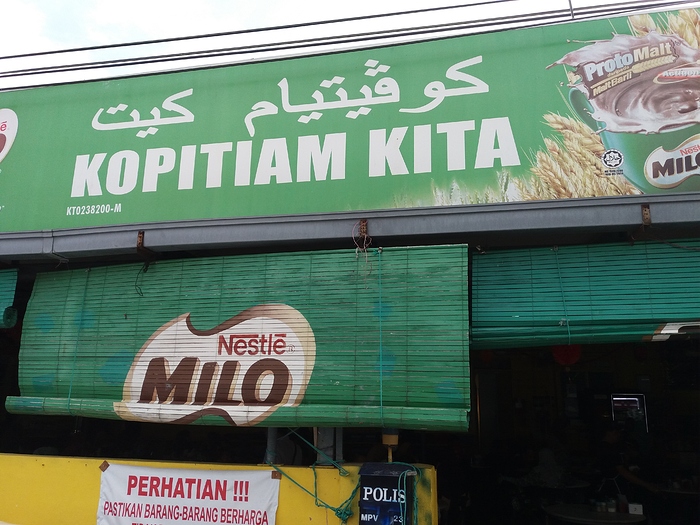 The toast was a nice thick slice and very buttery. Generous dollops of kaya. Very soft egg great for mixing yolk with the kaya. 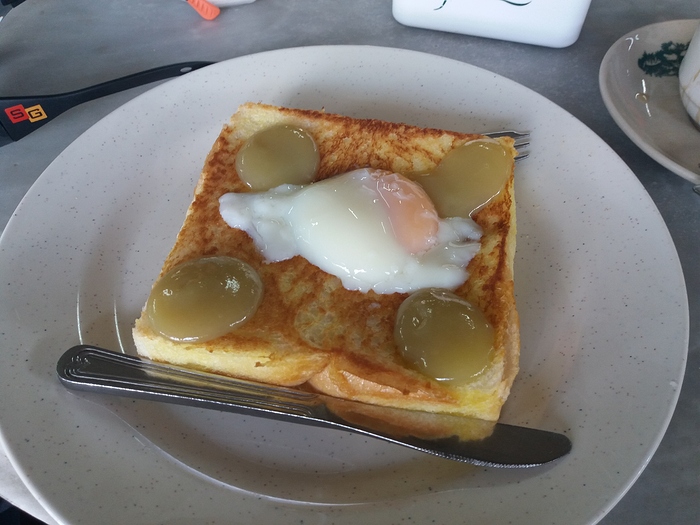 We were tipped of about this place from the lady at our guesthouse. A bit cheaper than Kopitam Kedai. Essentially the same thing though the toast wasn’t as thick or buttery but the egg was slightly better. Also the coffee was very strong and quite thick very much like Turkish coffee. 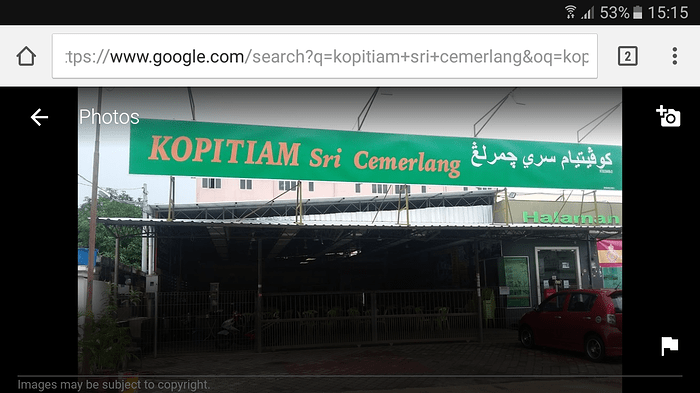 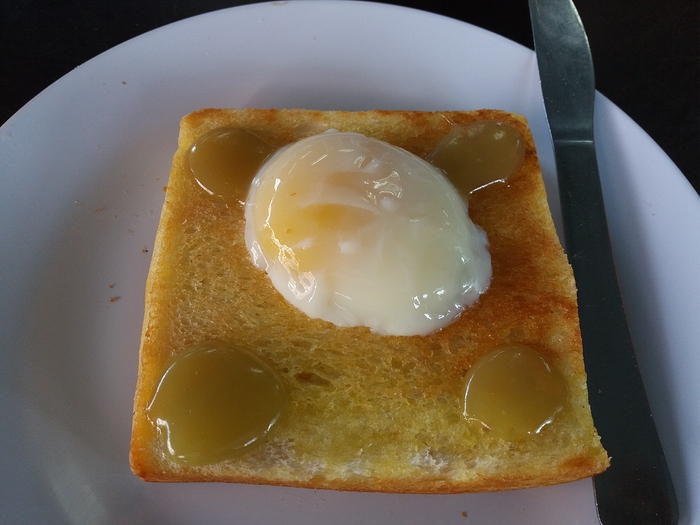