APlace 26, a bright little cafe on Bangkok Lane offers an interesting selection of dishes which reflected the life of its proprietor, Catherine Koay. For me, its main attraction is actually an off-menu, but very popular dish: “khao jam” - a rather complicated, hard-to-prepare herbal rice salad dish originating from Kelantan, Malaysia’s north-eastern frontier state bordering southern Thailand. Kelantan is 95% Malay-Muslim, but it has a large Siamese minority who share the same culture, religion (Theravada Buddhism) and language as Thailand. Khao jam is a Siamese dish closely identified with this community’s unique cuisine.

Historically, Kelantan (Thai : กลันตัน or “Kalantan” as it’s known by its Siamese name) was actually part of the Siamese kingdom, together with Kedah (Thai: ไทรบุรี or “Saiburi”), Perlis ( Thai: ปะลิส or “Palit”) and Terengganu (Thai : ตรังกานู or “Trangkanu”) - the four Siamese states which were ceded to the British in the unequal Anglo-British Treaty of 1909 by King Rama V (also known as King Chulalongkron), in return for the British to stay out of the Siamese kingdom. Fans of Rodgers and Hammerstein’s musical, “The King & I” would recognize Rama V as the king’s eldest son, Prince Chulalongkorn, who took over the rule of the kingdom after his father died at the end of the film.

The four former Siamese states subsequently became part of the Federation of Malaysia in 1957, when the new nation was granted its independence by Britain.

Kelantan today is a fundamentalist Islamic state where the shariah law holds sway. But within its Tumpat district, a large Siamese community flourished, with amazing, colourful Buddhist temples scattered across its landscape. 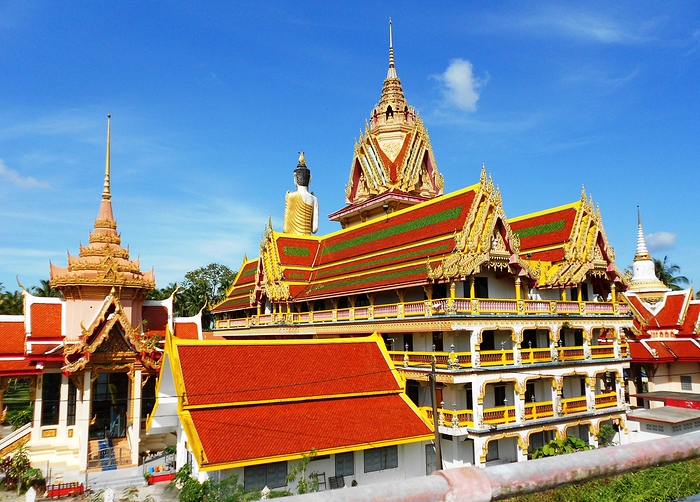 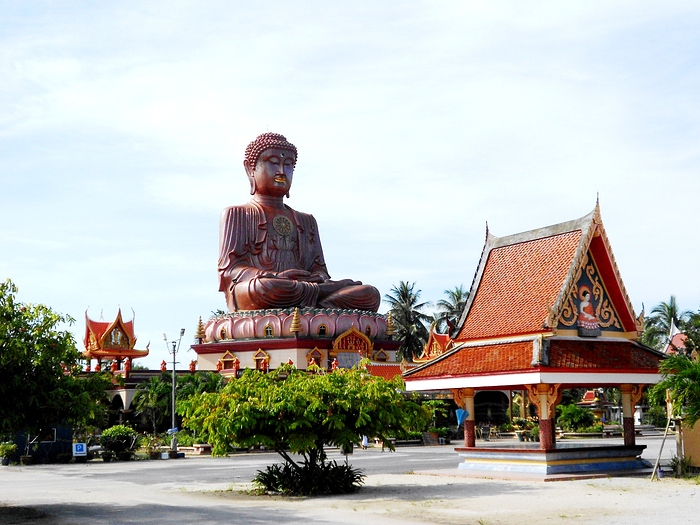 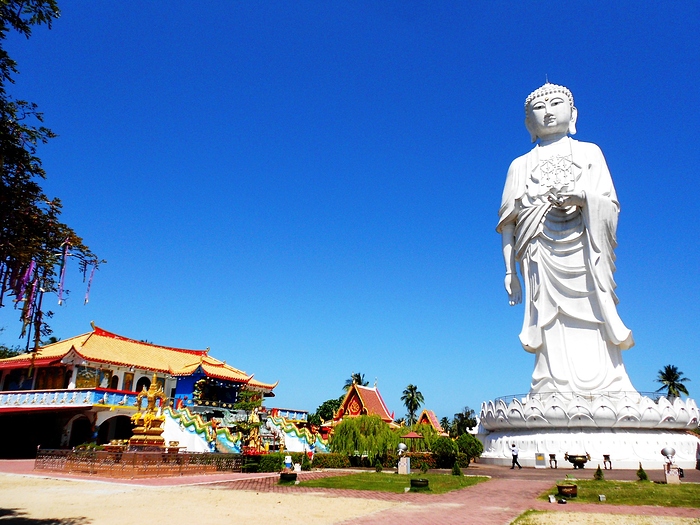 Culinary-wise, the cuisine of Kelantan has very heavy Thai influences. And khao jam has to be one of the most popular and best-known dishes. 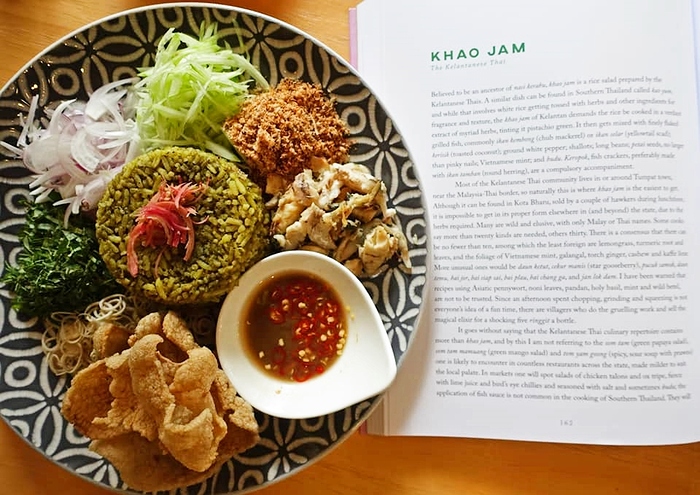 APlace’s proprieteress, Catherine Koay, has Penang parents but was Kelantan-born and stayed there till she was 12, before relocating back to Penang. She now sought to offer this dish in her cafe as a nod to her childhood in Kelantan. But khao jam is so complicated to make - it gets its signature greenish hue from the extracted juices of between 30-40 different herbs - that it’s not listed on APlace’s regular menu, in case some of the herbs needed are not available in the markets for that week.

I appreciated the effort of APlace’s kitchen to come up with this dish, even though their rendition did not quite taste like those I’d had in Tumpat and elsewhere in Kelantan. It is understandable as many of the herbs used are pretty hard to find, and some are only known by their native Siamese names in Kelantan, e.g. bai jor, bai siap sai, jan lok dam, etc. and not easily found in Penang.

I don’t think APlace really promised authenticity, but they made a good effort to produce a rather good-tasting one, complete with the trademark Kelantanese “budu” (fermented fish sauce) dressing. Important components of the dish like the “kerisik” (toasted grated coconut) and steamed, then flaked fish (usually local mackerel or scad) were not forgotten. 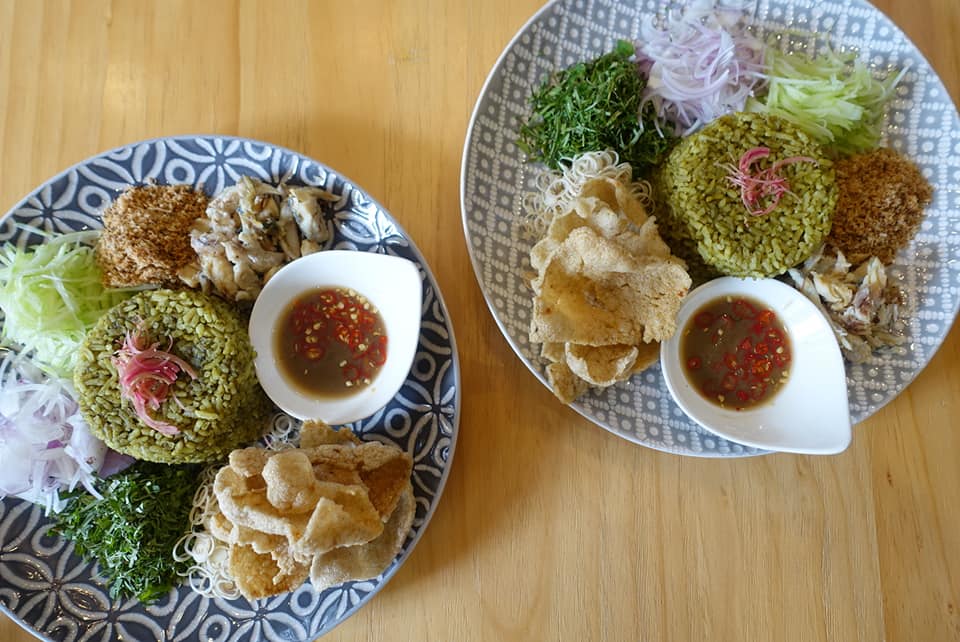 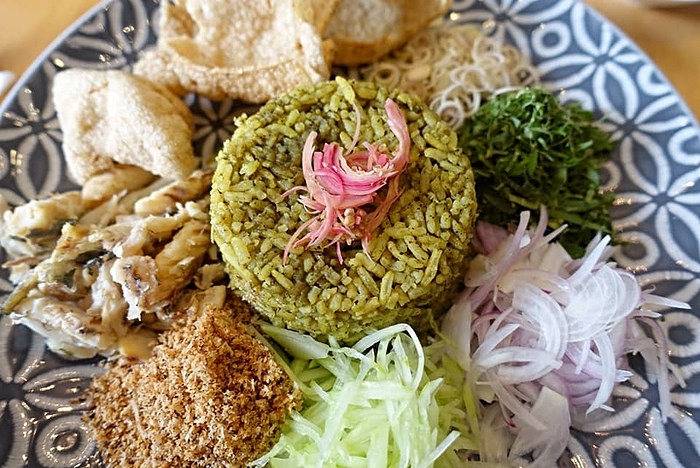 I’d come back to APlace for their khao jam again, and again.

The ancient khao jam is actually the forerunner of the Malay/Nyonya nasi ulam, which is also offered by APlace. The version here is a fusion version, incorporating steamed rice tinted blue using the natural colours from the clitoria ternatea flower (known as “bunga telang” in Malay). 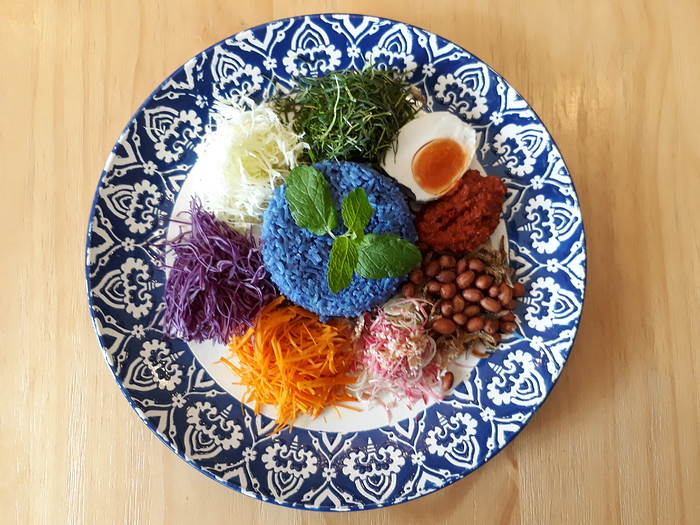 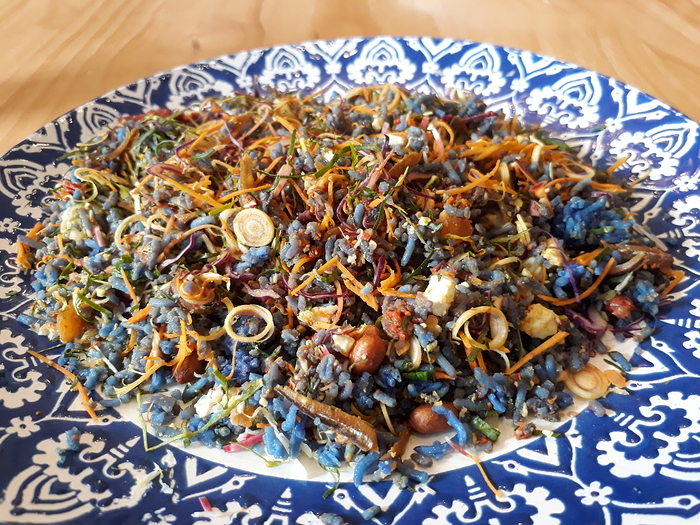 Besides the tradition-inspired rice dishes, APlace has bread and pasta-based dishes. We skipped those today, but opted for a chicken-mushroom roulade, served on a bed of quinoa & corn, and accompanied by sauteed vegetables. 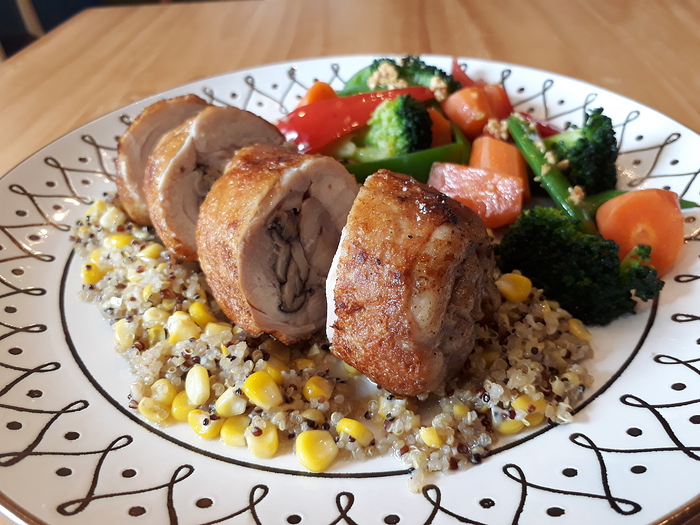 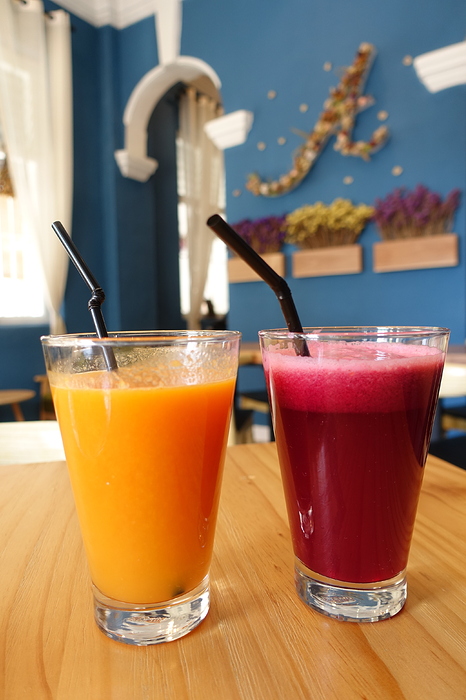 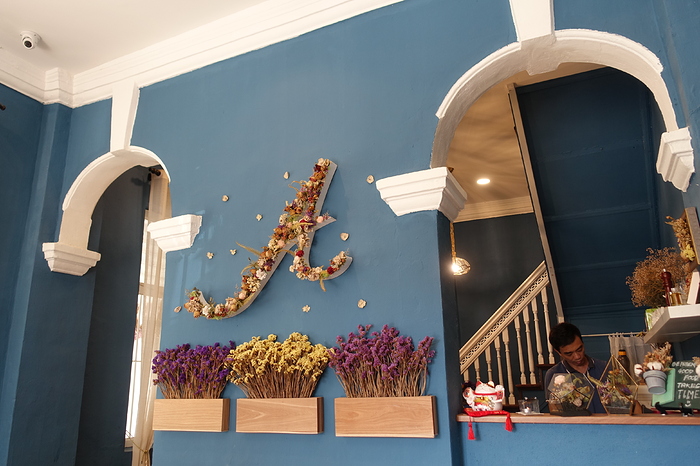 APlace 26 is located on Bangkok Lane, in the middle of Penang’s Siamese settlement, and just a street off the famous Wat Chaiyamangalaram, Penang’s largest Thai Buddhist temple. 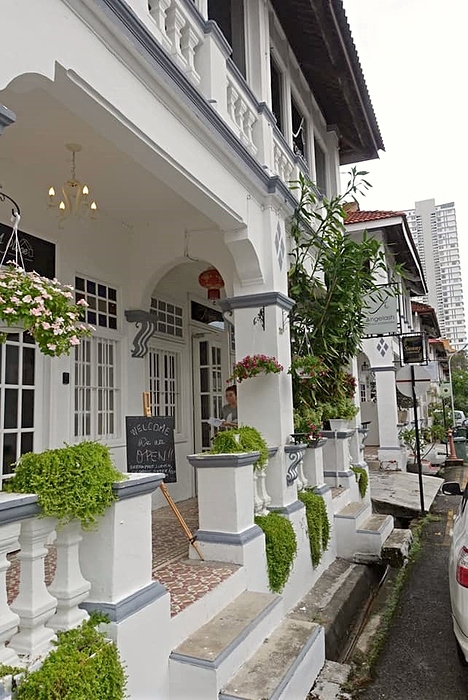 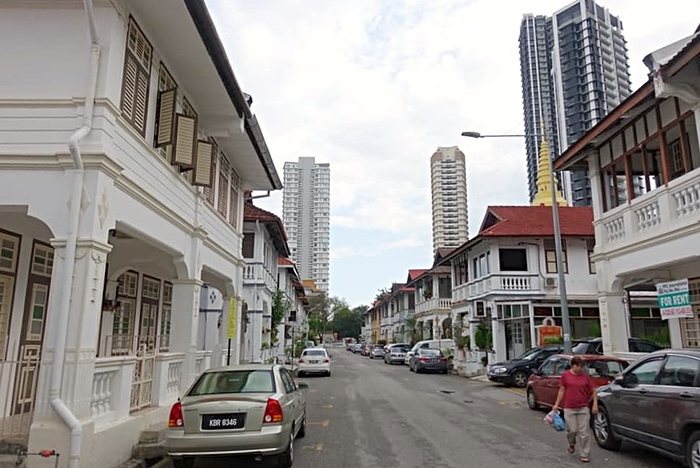 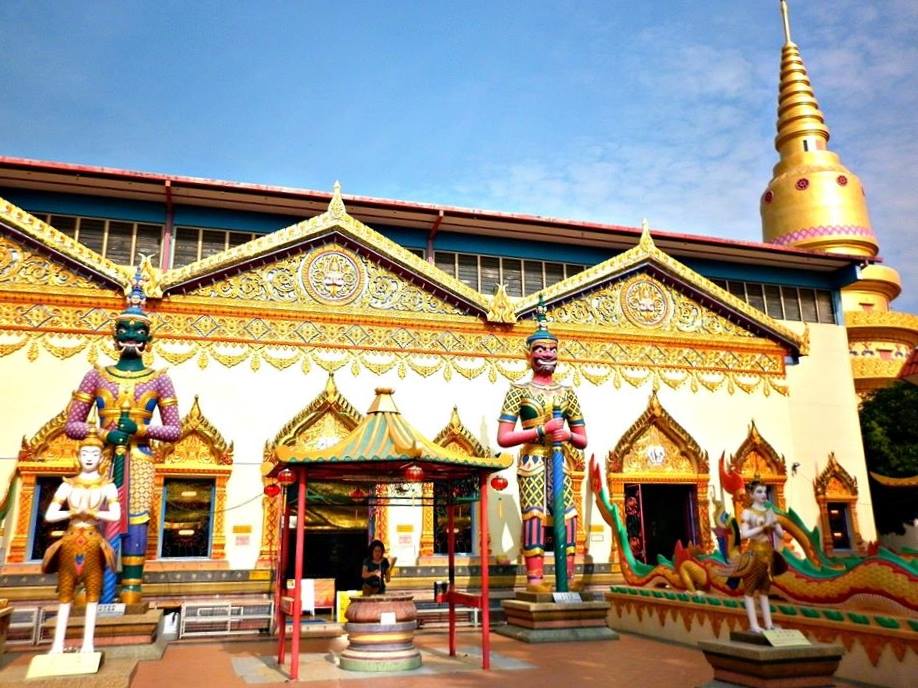 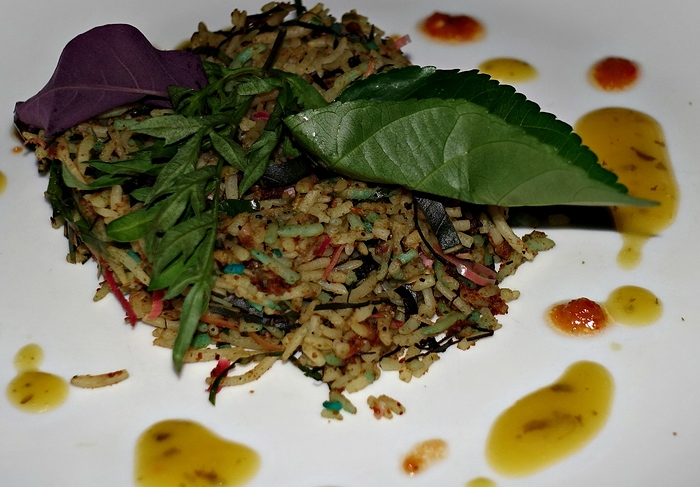 Do you remember the name of the book shown on the photo? TIA

Is it a tradition to serve both these dishes with all the ingredients apart?

Traditionally, it would be pre-mixed. Serving the ingredients apart, and arranging them aesthetically, seemed to be inspired by Korean-style presentation techniques, e.g. for bibimbap or kujeolpan.

Do you remember the name of the book shown on the photo? TIA 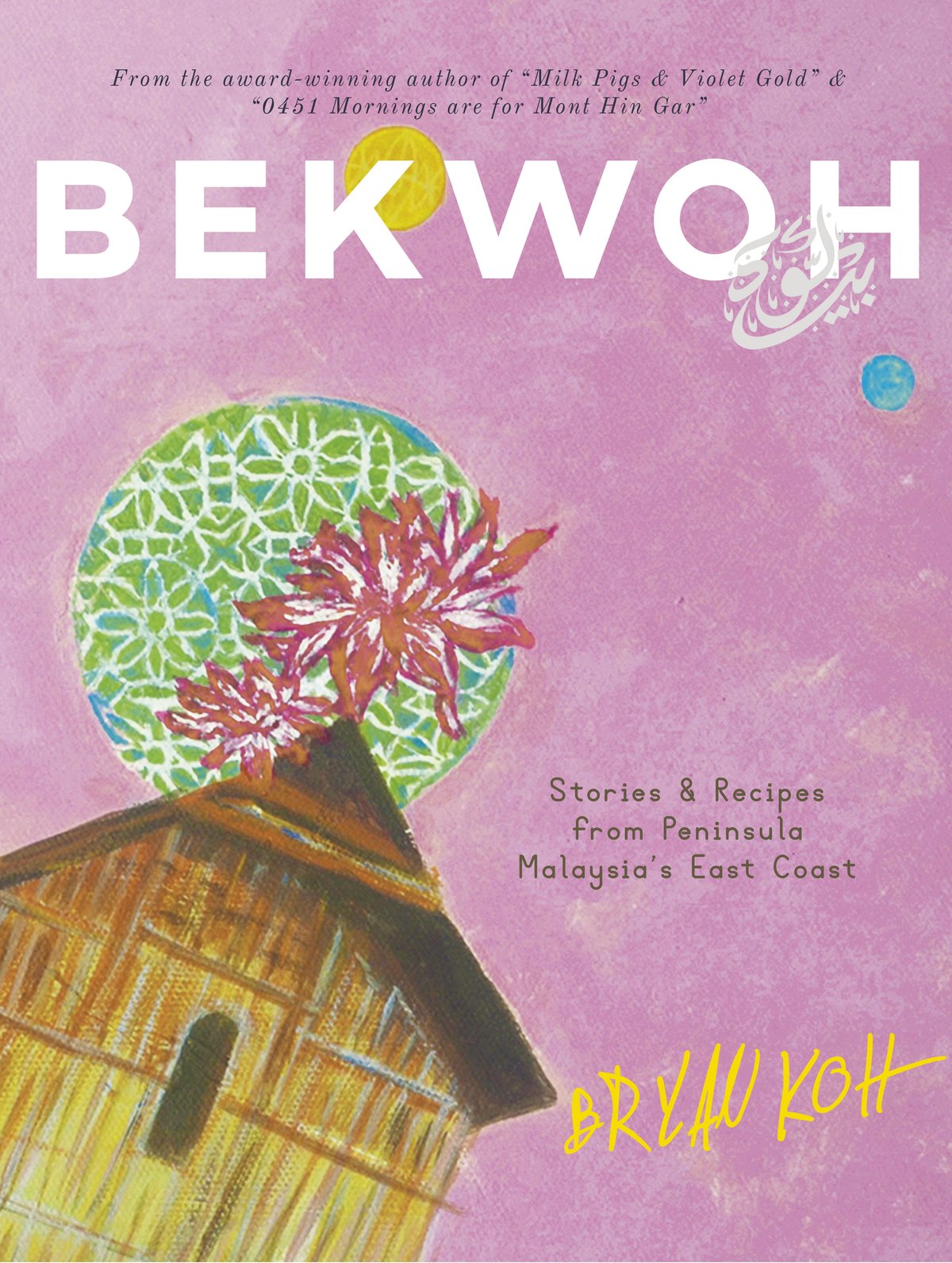 From the award-winning author of Milk Pigs & Violet Gold and 0451 Mornings are for Mont Hin Gar comes another sumptuous adventure. In his third book, Bryan turns his attention to the food of the Malaysian Peninsula’s east coast, comprising the...

It’s very well-researched, and written in an almost storytelling-like fashion.

What does the word bekwoh means btw?

Apparently, it’s an East Coast (Kelantan-Terengganu) term referring to a large cooking vessel. I’d not heard of that term before until now.
BTW, I’m currently at the Peranakan international convention in Jakarta, Indonesia, and I just met the cookbook author, Bryan Koh, who came with the Singapore delegation yesterday (I was with the Kuala Lumpur one). I’ll ask him when I see him tomorrow as to whom he heard the term from.

Come to think of it - there are also large delegations from Kelantan and Terengganu here at the moment, so I may ask them as well. 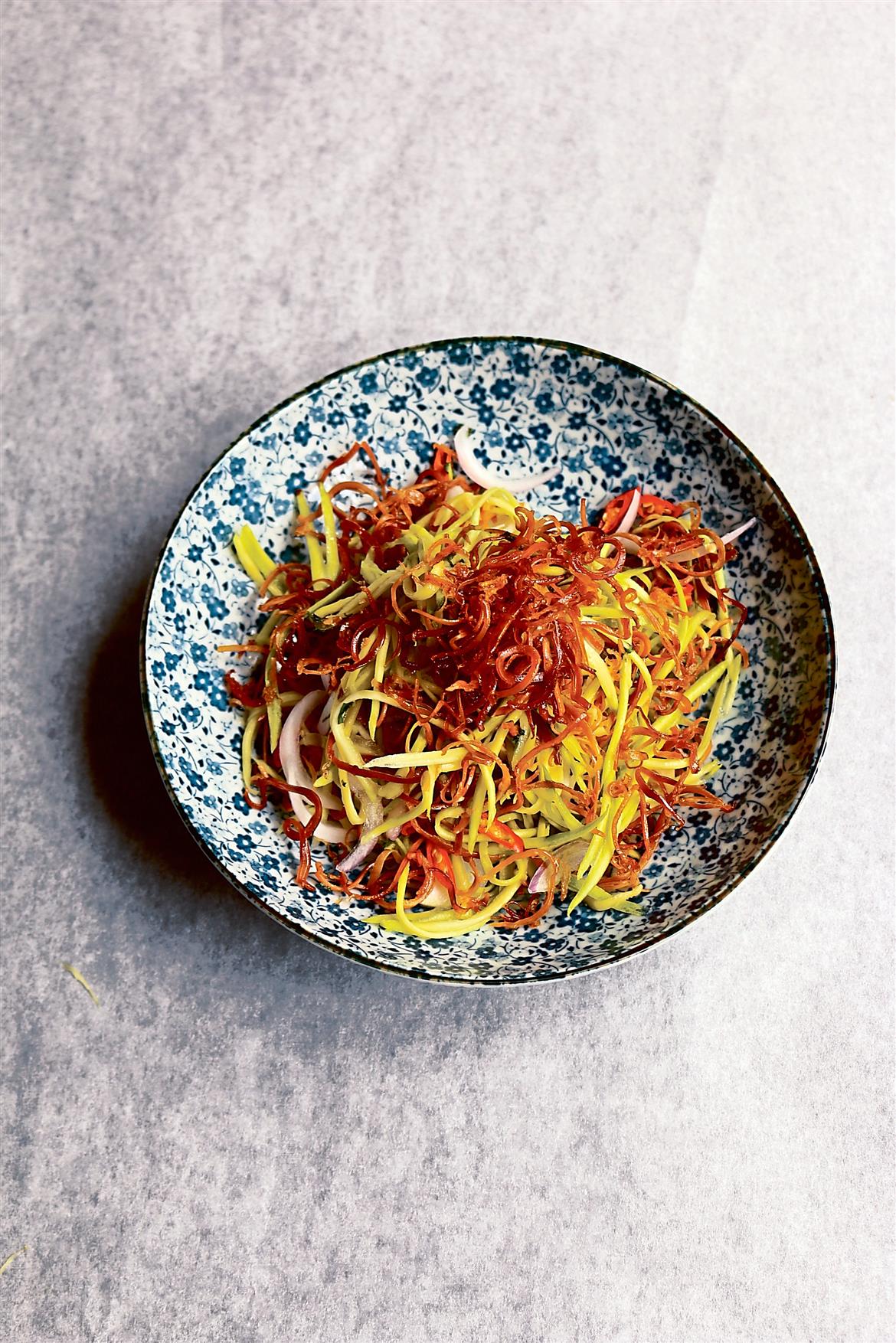 I’ll ask him when I see him tomorrow as to whom he heard the term from.

Sorry this took so long - Bryan Koh said the term “Bekwoh” was mentioned to him by his local Terengganu contact: meaning “Big Wok”. More a local slang, I should say - I’d not seen any publication that mentioned it.