55-year-old Richard Rivalee is a popular award-winning fashion designer in Penang, renowned for his haute couture evening gowns. The man can also cook up a storm - what started as a hobby 5 years ago because he loved cooking for his friends, has turned into a new passion for him, although he’s not about to ditch his 31-year-old fashion design career.

Richard Rivalee Nyonya Cuisine Restaurant has been located at Rain Garden on Bangkok Lane since late last year, from its previous location at Times Square. Smaller, cosier, but no less opulent, the restaurant still serves up the “Richard Rivalee brand” of Nyonya cooking: big, bold flavours and spicier than the usual ones found in other Nyonya restaurants around town. 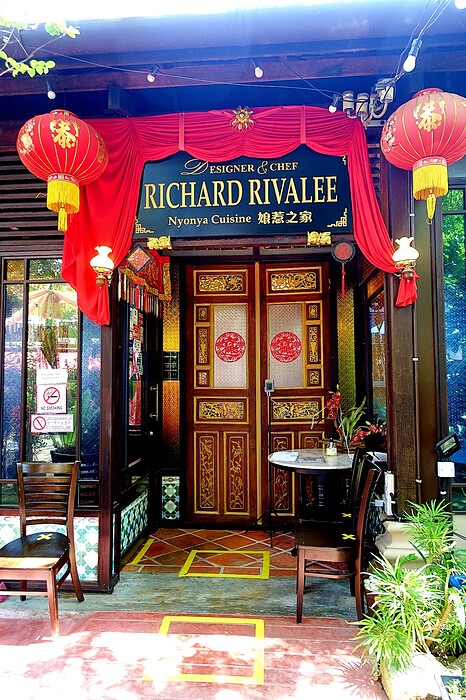 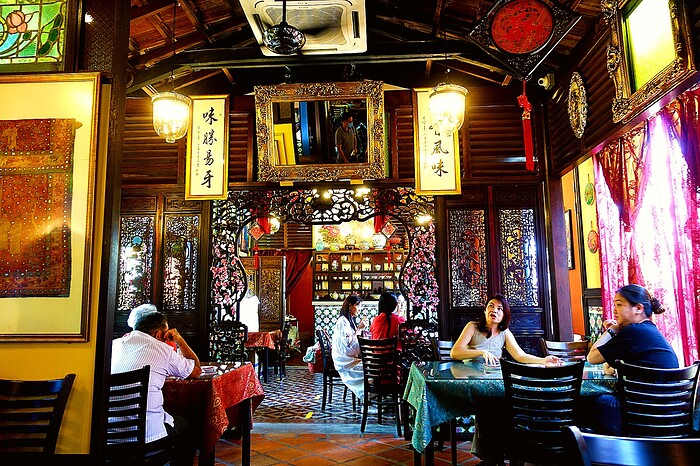 Our lunch spread today was a mish-mash of Penang and Malaccan types of Nyonya dishes. 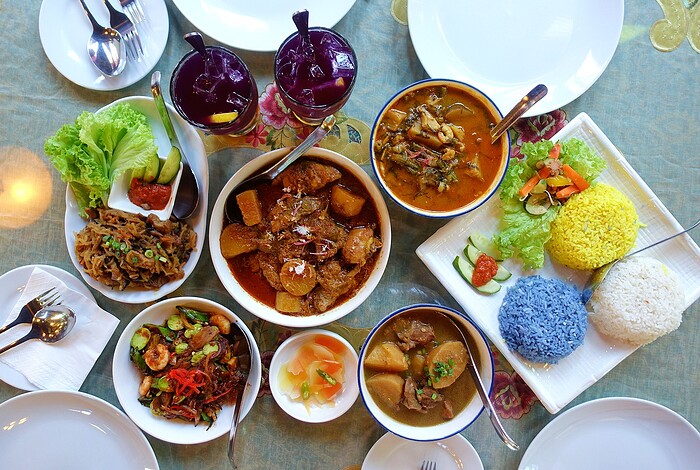 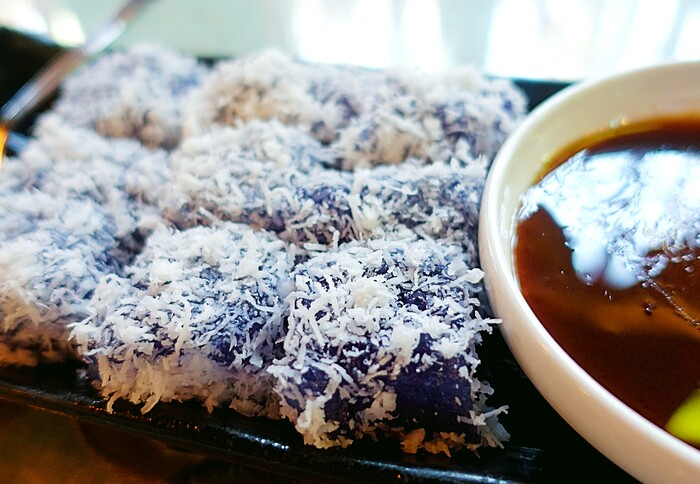 Overall, a very good meal - Richard Rivalee, when he’s at the top of his game, is one of the best in Penang when it comes to Nyonya cooking. 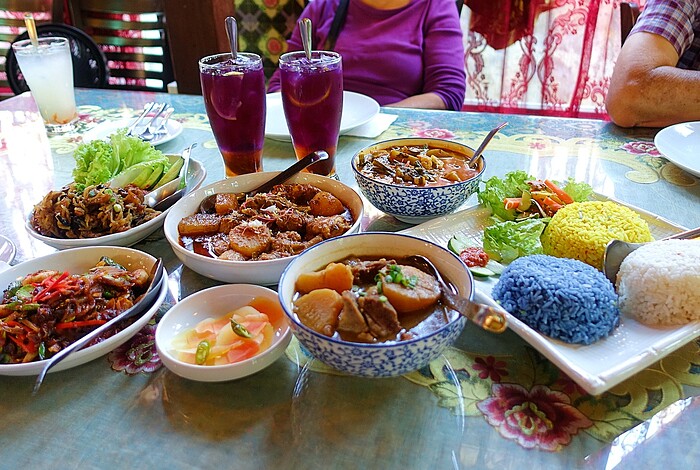 The different coloured rice is a very cute idea.

I’m guessing Kari Kapitan is the same dish as Ayam Kapitan as this recipe from Ping Coombes, winner of the 2014 UK Masterchef series, who originates from Ipoh. 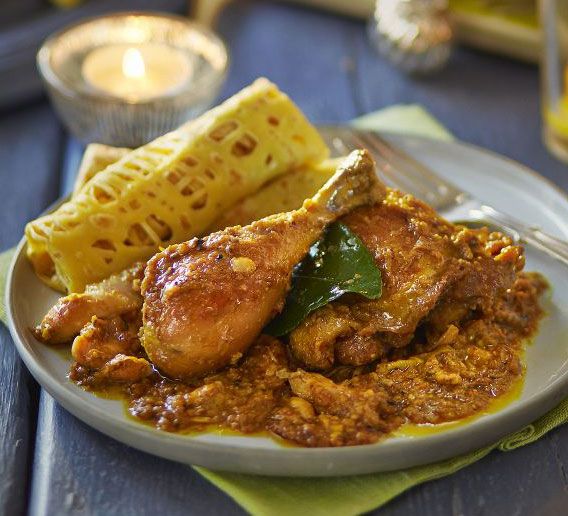 I’m guessing Kari Kapitan is the same dish as Ayam Kapitan as this recipe from Ping Coombes, winner of the 2014 UK Masterchef series, who originates from Ipoh.

Curry Kapitan is a very Penang dish which is also very popular in Kuala Lumpur, which is heavily-influenced by Penang where Nyonya food is concerned - probably because a lot of Penangites live and work in the capital city.

Not sure I’d ever seen it offered commercially in Ping Coombes’ hometown, Ipoh. Although Ipoh’s a mere 2 hours’ drive from Penang, its food culture is totally different! Much of this is due to the fact that Malaysia is a VERY new country, dating back to only 1957. It’s a cobbled-together federation of previously separate (and very disparate) states, each of which has its own food culture which has developed independently for centuries.

The only reason Malaysia’s 13 states even got together was because the British wanted to leave behind all their colonies and protectorates back then - so they managed to convince the old Malay sultanates (Johore, Perak, Pahang, Selangor), the former Siamese/Thai-ruled states of Kelantan, Kedah , Terengganu & Perlis, the Borneo protectorates (Sabah/formerly North Borneo, and Sarawak) plus the Straits Settlement colonies: Penang, Singapore & Malacca, to all come together and form Malaysia. Only Brunei opted to stay out. Then, in 1965, Singapore left the federation due to racially-charged politics.

Thanks for the additional info, Peter. Appreciated, as always. It prompted me to do a quick bit of Googling about the coming together of the various diverse states. I was also interested that your head of state is a King - but one with a term of office, like a president.

I was also interested that your head of state is a King - but one with a term of office, like a president.

Yes, the only way to please the sultans - there are 9 of them, from the states of Perlis, Kedah, Perak, Selangor, Negeri Sembilan, Johore, Pahang, Terengganu and Kelantan - is to let each of them take turn to be the King of Malaysia for a 5-year term.

Penang, Malacca and the Borneo states don’t have sultans, and their appointed governors do not get a chance to be king, only the hereditary sultans do.

I think it’s a great idea. Perhaps the UK might consider it when Liz Windsor passes on. Some notable person in each of our four nations gets their turn being monarch for a while. Or maybe the people should just elect a head of state.

Not far from it at all - Korean doenjang is pretty much the same product as Chinese taucheo: fermented soybean paste.

Richard Rivalee has moved from its long-time Bangkok Lane location to this pair of traditional shophouses on Macalister Lane a couple of months ago. 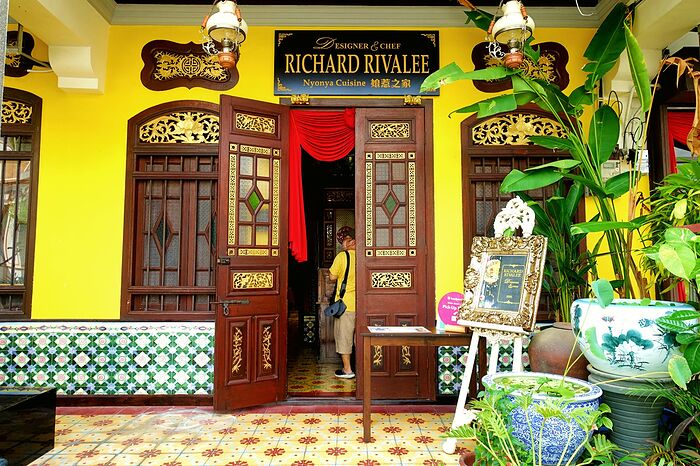 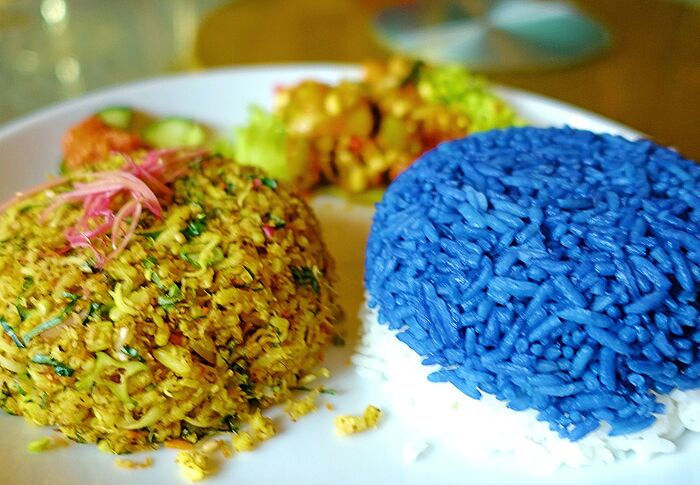 Desserts
7) Bubur cha cha - this is a popular Nyonya dessert, usually served hot: a selection of tubers - sweet potato, purple yam, taro, cassava, plus bananas - cooked in sweetened coconut milk. The version here was not overly sweet, which suits us fine, as traditional Nyonya levels of sweetness can give someone insulin shock. 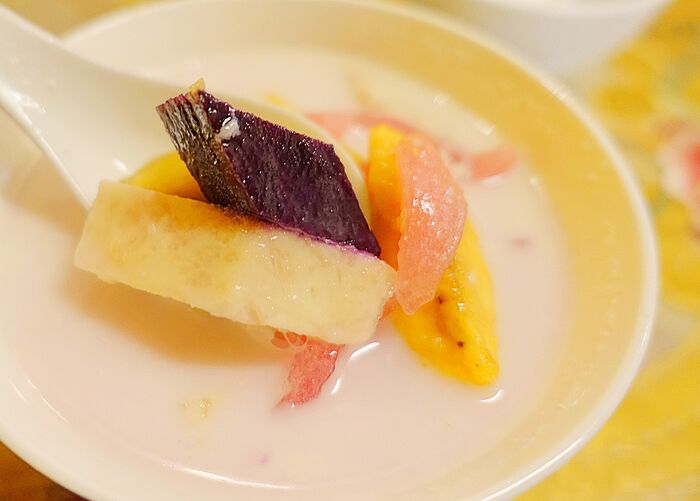 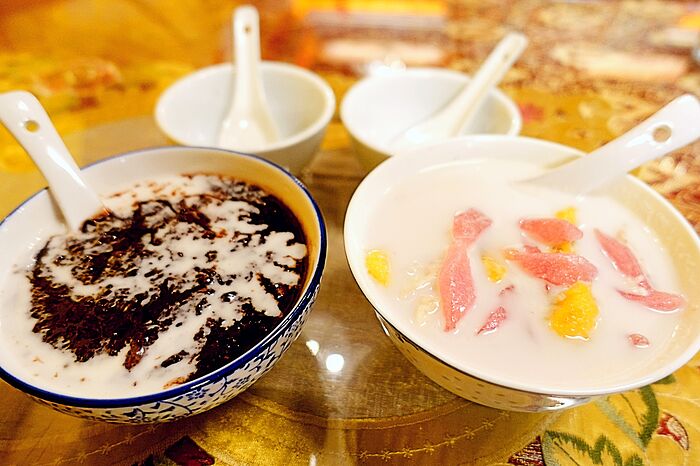 Unlike his earlier leased properties, Richard Rivalee (the man, not his eponymously-named business) owns the two shophouses at this new location, and he has faithfully recreated the same atmosphere here with his Penang-Peranakan collection. 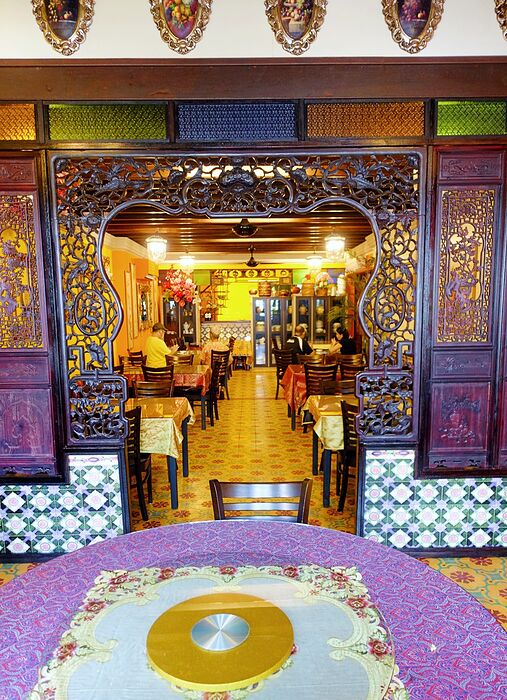 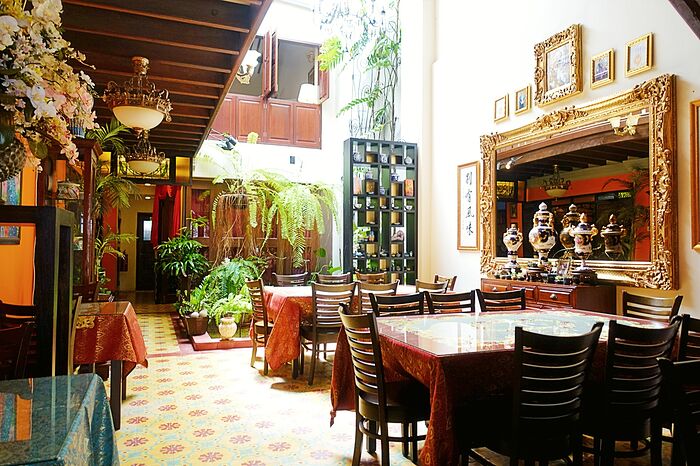 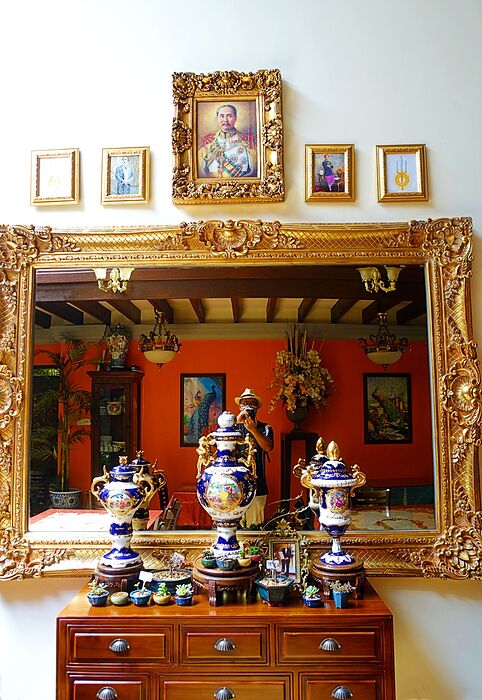