It’s been a while since I come across a youngish, energetic chef like Gobi Vellasamy. He is the co-owner and also executive chef of 5-month-old Hungry Ranch on Sungai Ujong Road.

Chef Gobi has had an impressive 15 years of cooking experience, including 2.5 years in Frankfurt, Germany. His last place in Penang before setting up his own place here was the popular Kim Haus on Campbell Street nearby.

Over at Hungry Ranch, Chef Gobi’s offerings run the gamut, from grilled meats to local Nyonya and Malaccan-Portuguese offerings. 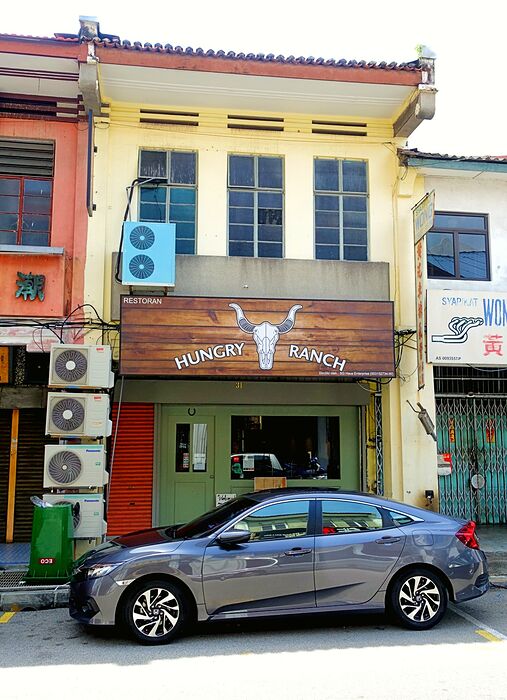 Gobi’s partner and co-owner is the friendly, vivacious Stephanie Teh, who runs the front of the house. 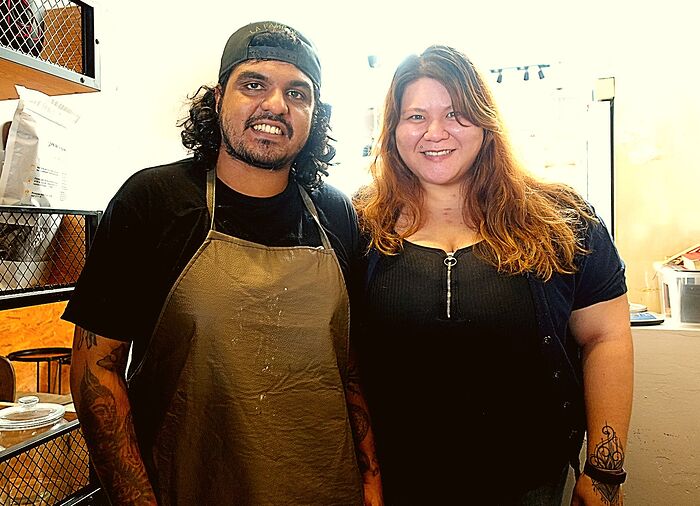 What we ordered at lunch today:

Whilst the traditional roti babi is a cholesterol bomb, Chef Gobi turned it into small canape-sized open sandwiches - lighter and daintier, and more suited to be served as an appetizer. 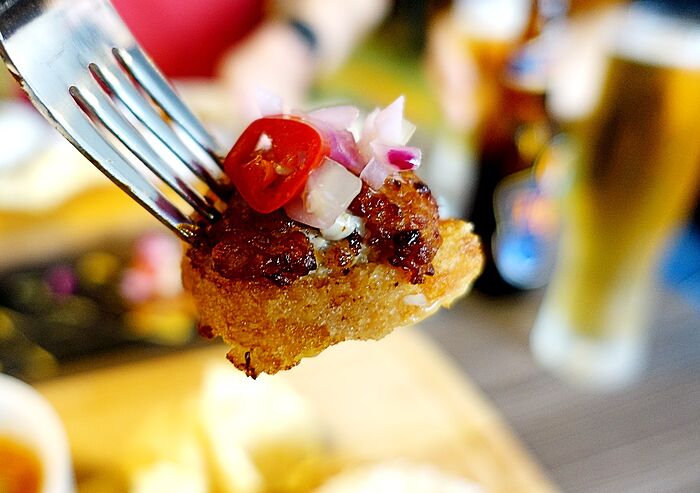 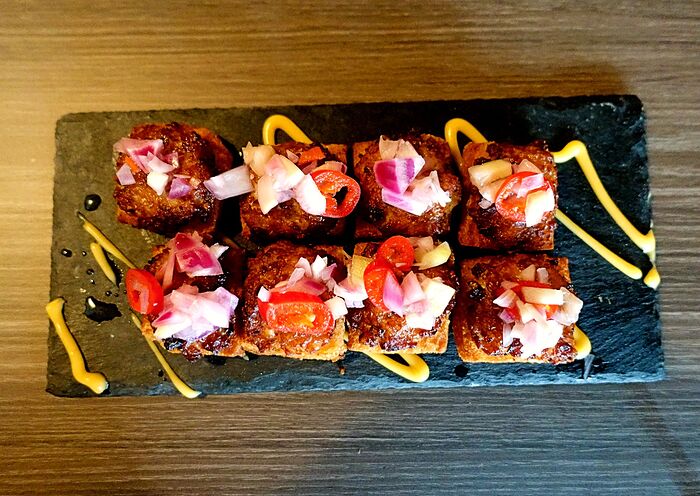 The rendition here used thick belly pork chunks, and was delicious. In Singapore, devil curry usually paired meats (pork, bacon, sausages) with potatoes, whereas in Malacca, the same dish used cabbage instead of potatoes, giving the dish a rather different character. Over here, Chef Gobi used zucchini, which gave the dish a different, and rather unique, textural dimension. It’s tasty, but hellishly spicy as anything dubbed “devil curry” would be. 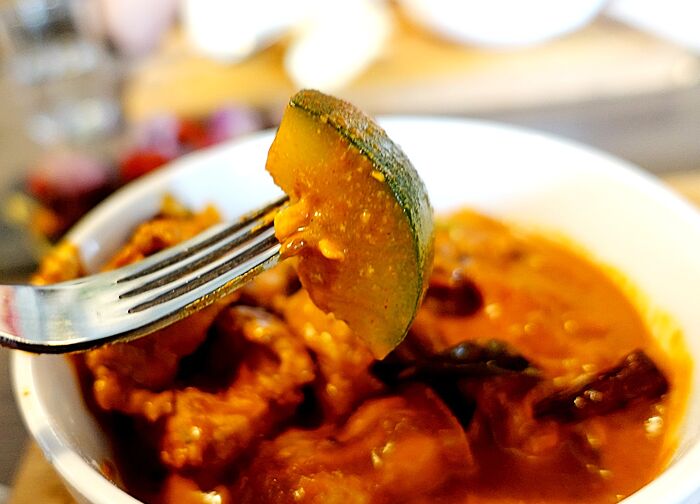 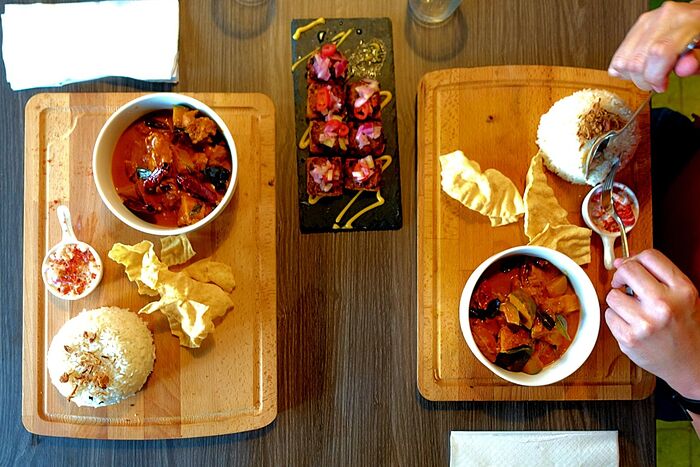 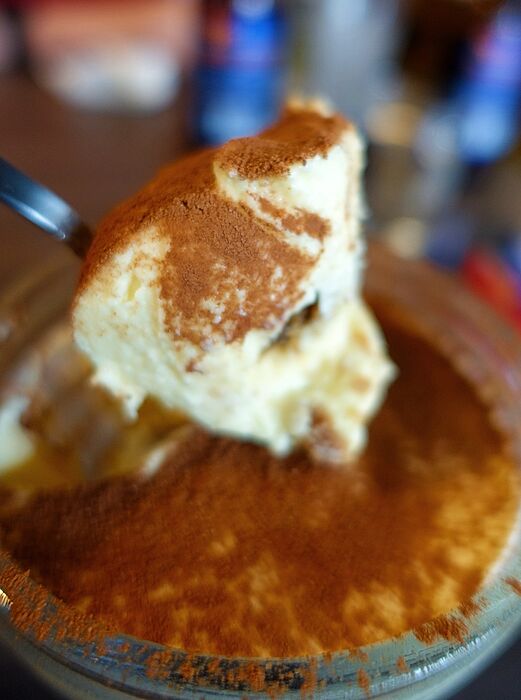 Very tasty dishes, served amidst a pleasant, casual environment. Definitely a place I’d want to return to. Planning to try its other menu options like the breakfast options and the pasta dishes next time.