Lunch today at Miraku, at the G Hotel in Penang, which offers some of the best Japanese bentos on the island. Part of the Texchem Group’s stable of Japanese restaurants here, including the Sushi King chain, Goku Ramen, Yoshinoya, Hanamaru Udon, Hoshino and Doutor Coffee, Miraku is the brainchild of Texchem chairman and a long-time Penang resident (since 1968), Fumihiko Konishi. 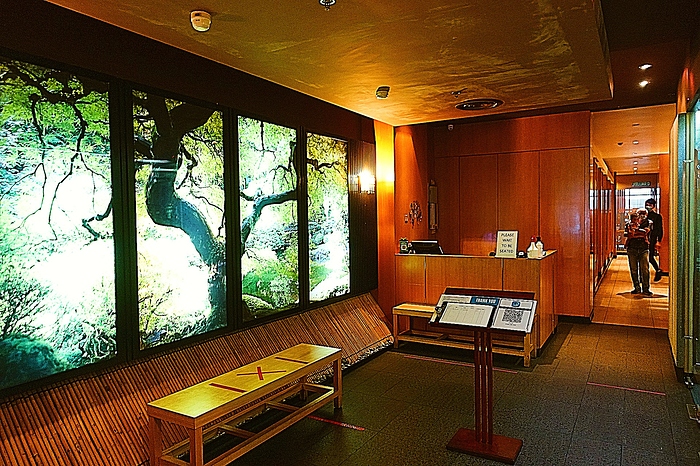 A bon vivant at heart, Konishi’s palatial home in Penang, with its expansive grounds, has played host to music lovers, plus wine & food connoisseurs. 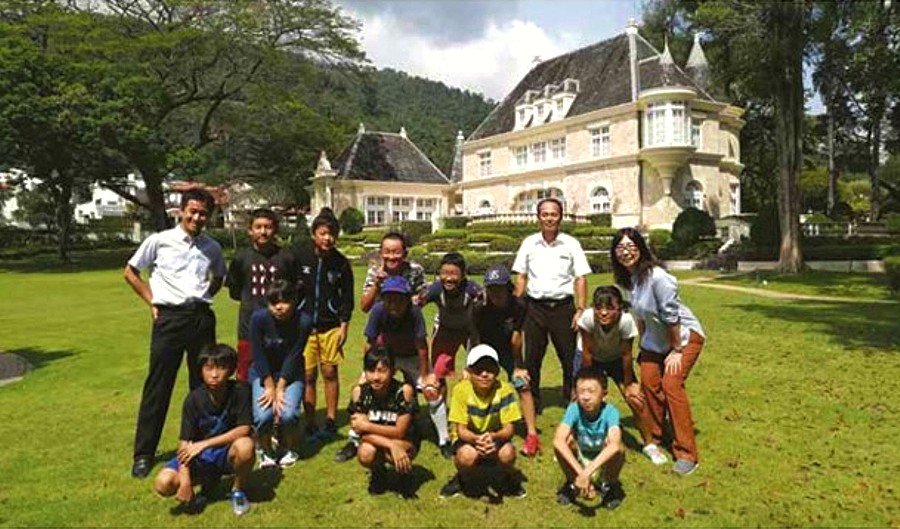 It’s one of those dishes which seemingly “looked like any other”, but an initial mouthful would correct that misconception - the freshness of the sweet-fleshed prawn, the perfectly-textured good quality sushi rice, the lightness of a seemingly rich and sinful “deep-fried” roll, and the subtle flavors set it apart from those in other Japanese spots in town. Pickled ginger and a dollop of freshly-grated wasabi (not disguised horseradish) were offered on the side. 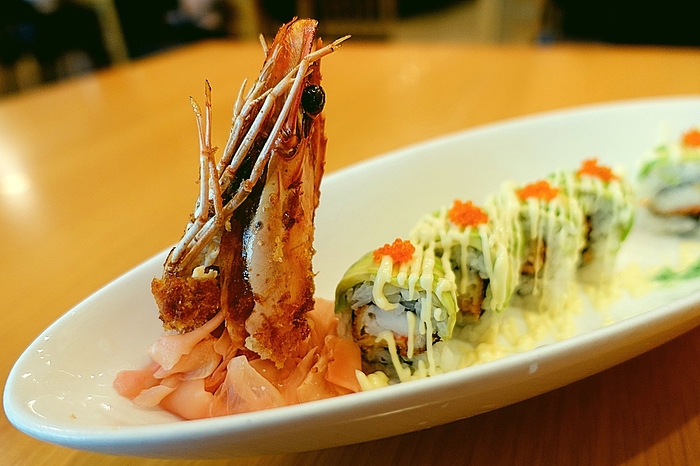 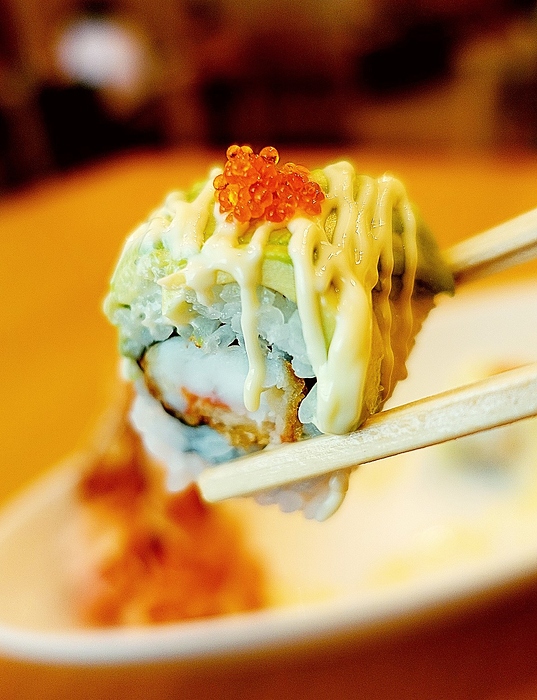 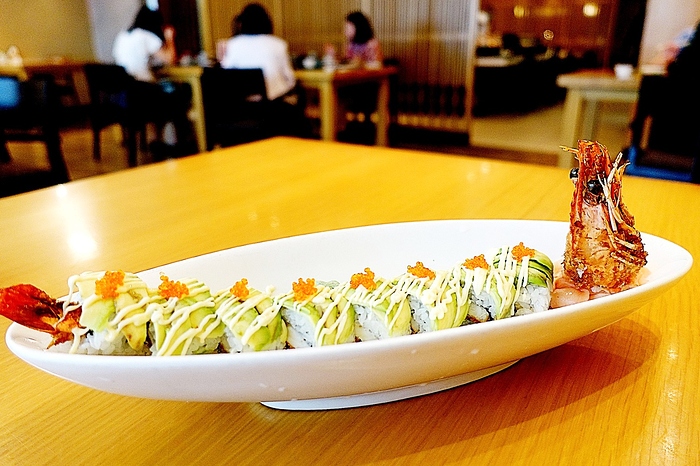 We opted for two of their lunch bento options:
The The Sashimi and Sushi Set, which came with a good chawanmushi, a small crisp salad, miso shiru, and a sweet milk pudding with brown sugar syrup. 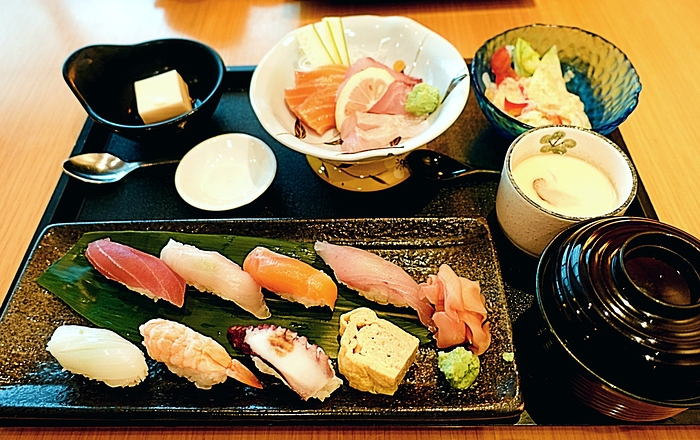 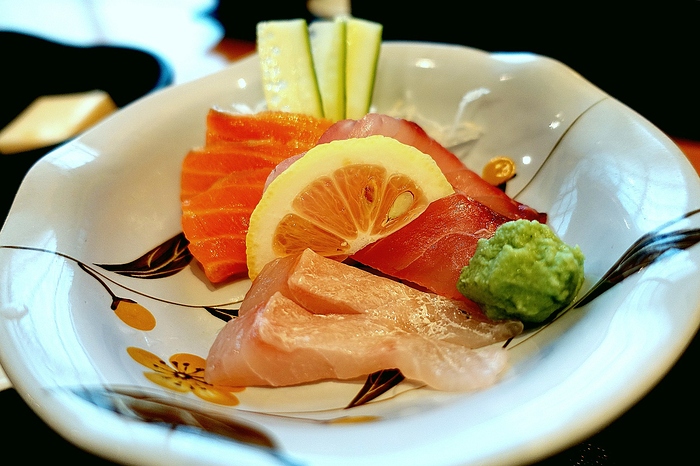 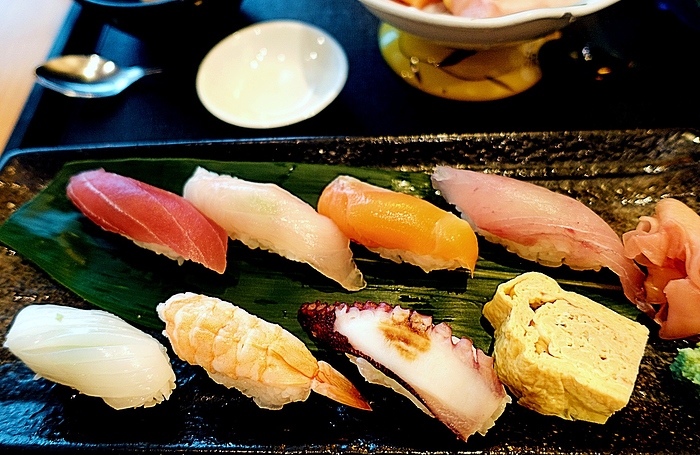 The house signature Miraku Bento which consisted of sashimi, tempura, a small cut of grilled mackerel (saba shioyaki), simmered root vegetables, and the same salad/miso/chawan mushi sides as for the other bento sets. 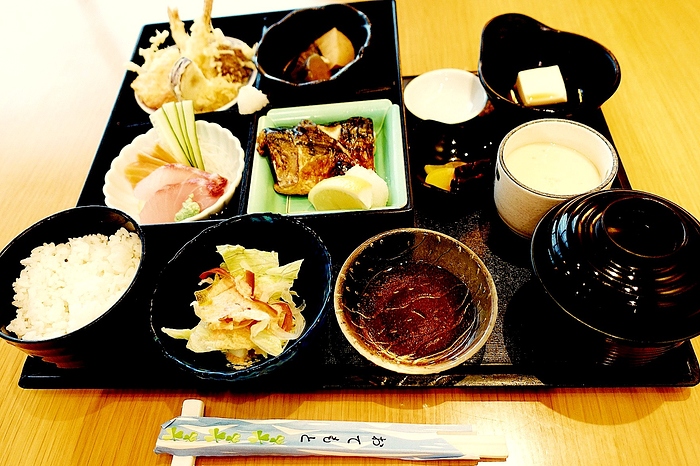 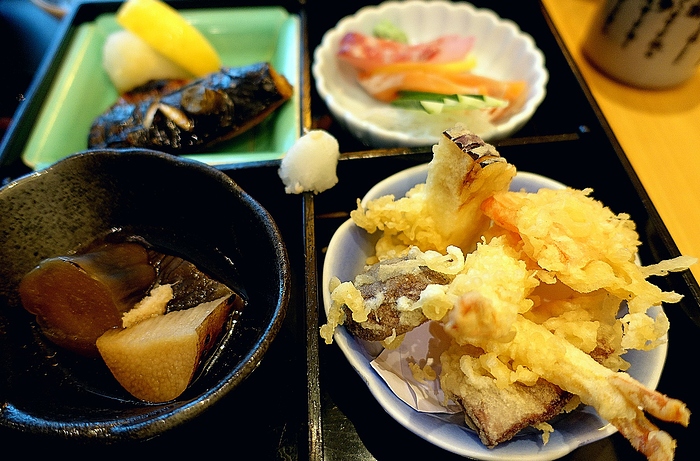 We opted for a couple of traditional desserts at the end:
Fruit daifuku roll, with fresh grapes embedded inside the anko (mashed, sweetened azuki red bean-paste) filling, rolled in mochi sheet. 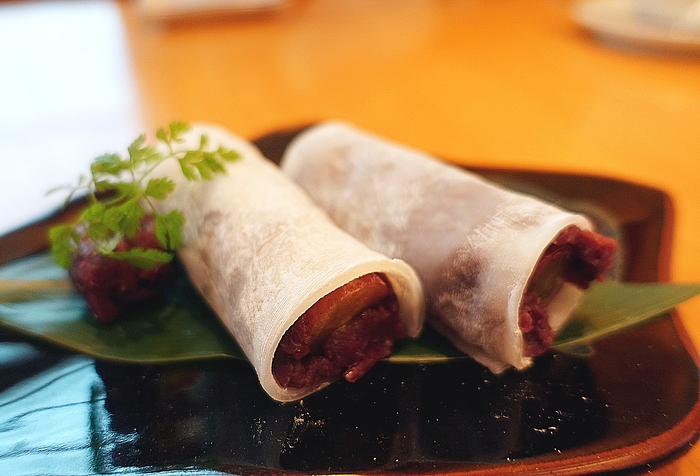 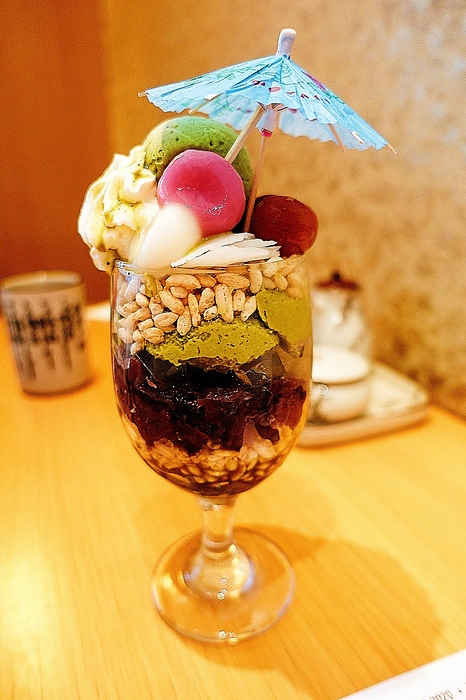 Miraku has, IMO, the best Japanese cuisine and service in Penang - and all thanks to one man: Fumihiko Konishi. 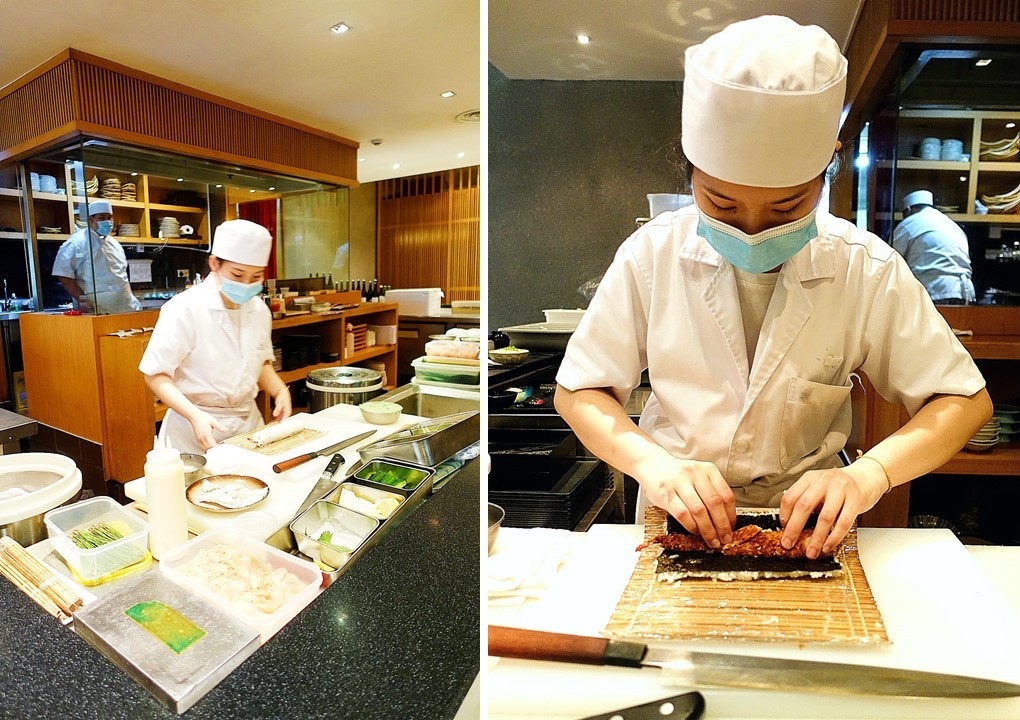 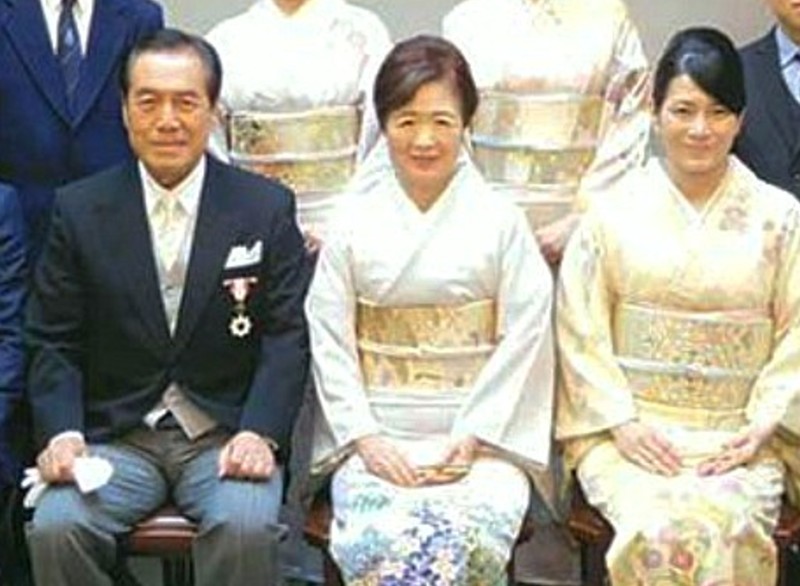 Back to Miraku for its unadon , very well-executed here, with the melt-in-the-mouth barbecued eel fillets glazed with the tasty tare sauce. 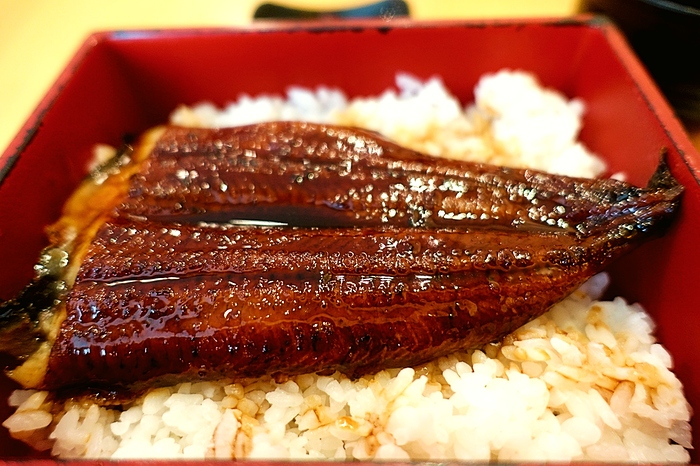 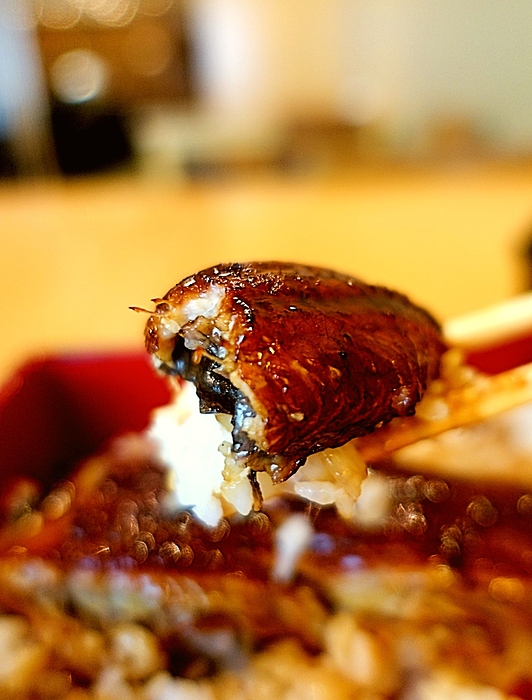 Couldn’t resist another order of Miraku’s Dragon Roll as well. 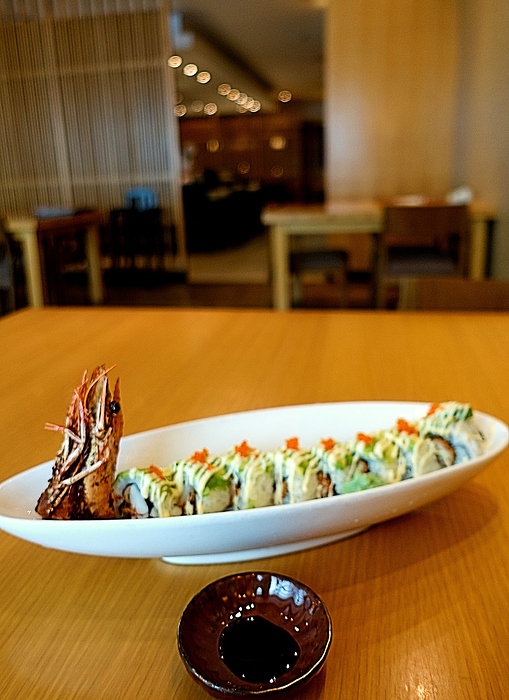 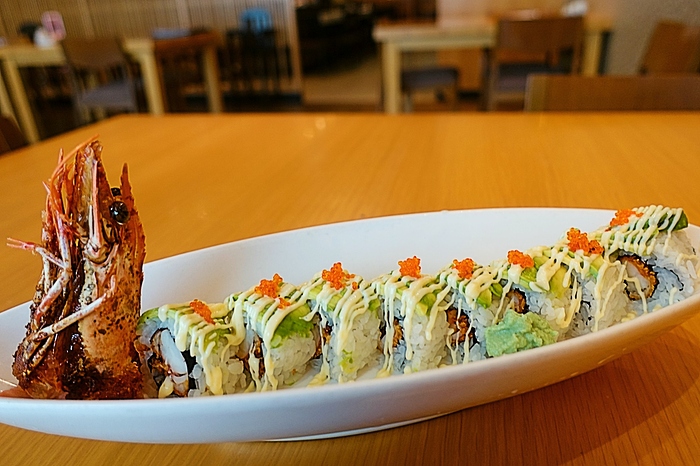 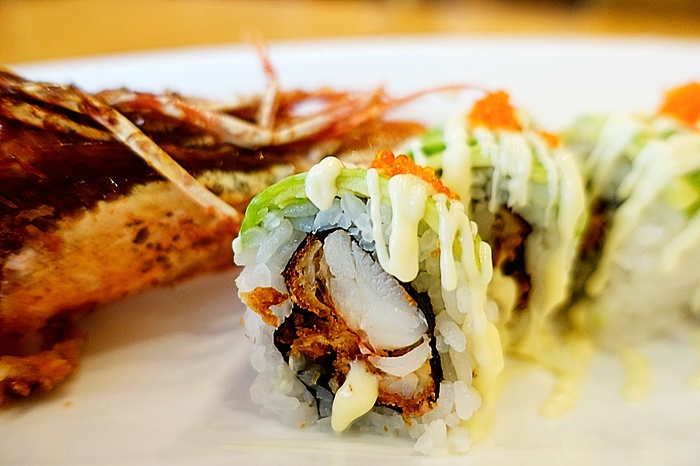