The Gou Lou (“Tall Guy”) Sar Hor Fun stall was one of the mainstays at the now-defunct Yi Garden coffeeshop on the junction of MacAlister Road and Lorong Selamat. Founded in the 1930s, Gou Lou Sar Hor Fun was one of the most famous proponents of this Cantonese dish in Penang, alongside Foo Heong on Cintra Street and Seng Kee on Dato’ Keramat Road.

The Thum family has been running the business from generation to generation since the 1930s. The current owner-chef is 60-something year-old Mr Thum Soon Choong, who’d been frying “sar hor fun” and “yee fu mee”, taking over from his uncle over 40 years ago at Lorong Selamat.

The menu at its new digs in Campbell Street contains all the staple dishes from the well-known fried noodle purveyor of yore: “sar hor fun”, “yee fu mee”, “oh mee” and “Hokkien char”. 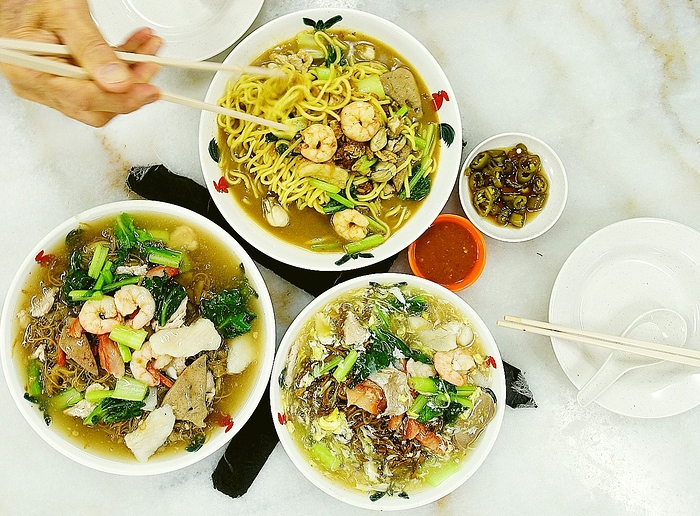 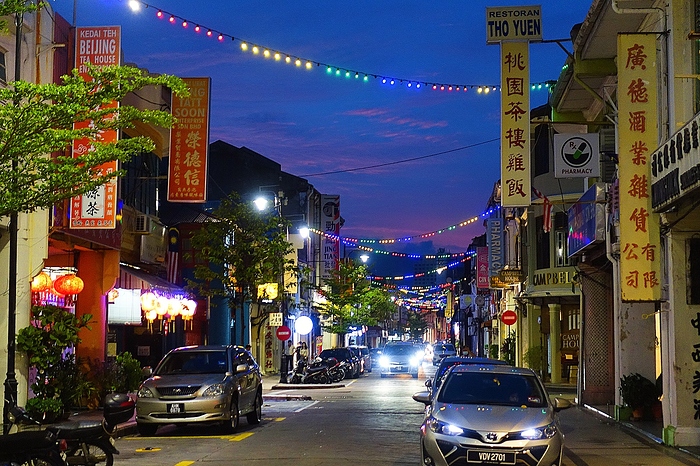 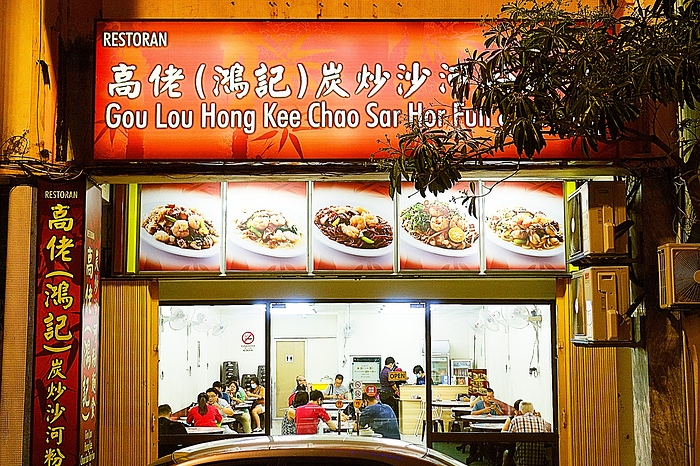 Our dinner yesterday evening consisted of: 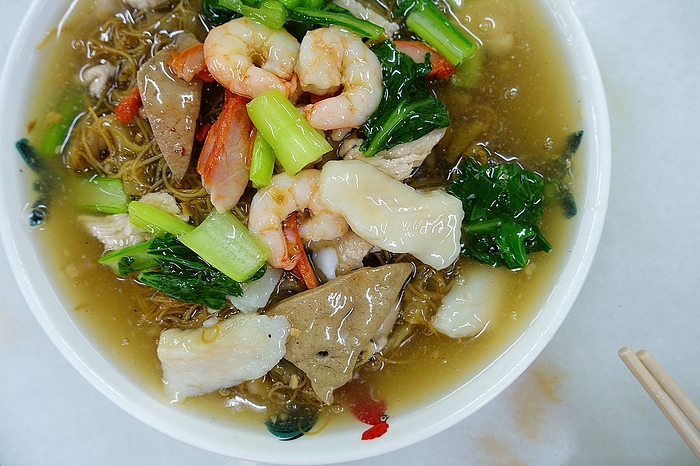 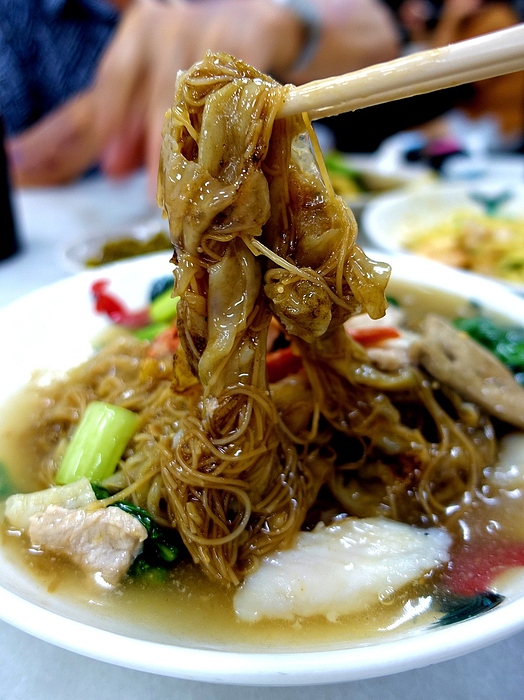 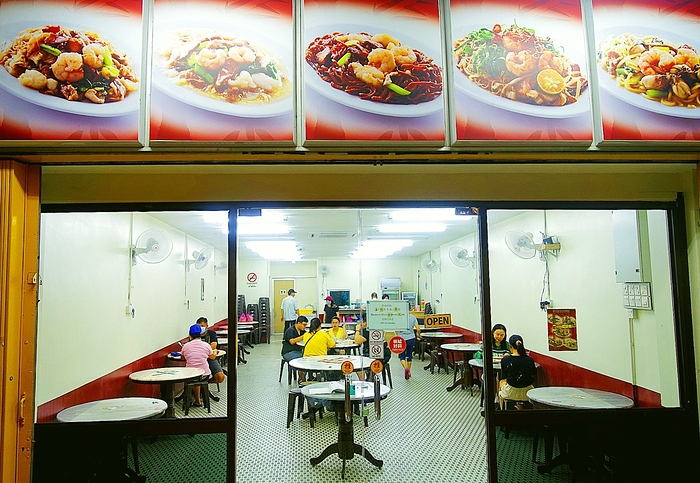 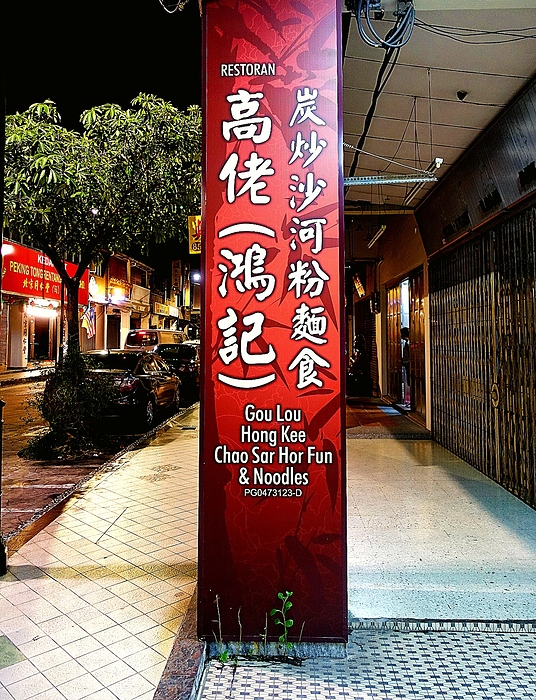 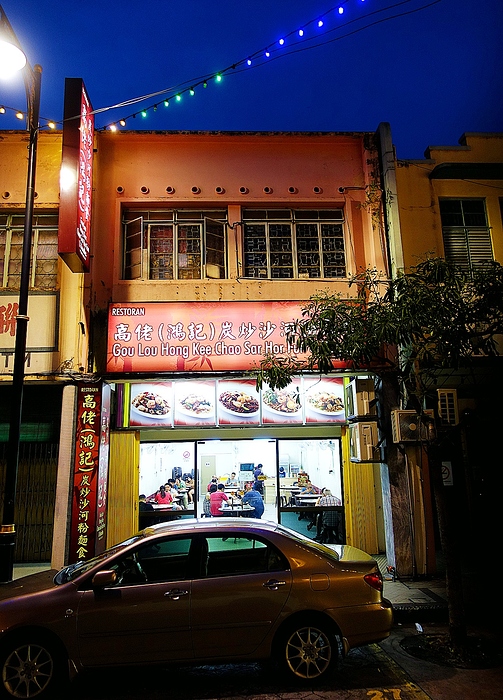 Sounds a lovely meal, Peter. I know you have a healthy appetite - but how many of you were eating that feast?

By the by, I think I’m going to be soon dining out vicariously through your reviews. I’m expecting a local lockdown of restaurants, probably to be announced on Monday (although we’d already decided not to go out this week). Like most major urban areas in northwest England, we’re already subject to extra restrictions but they’re not containing the virus. Our borough has gone from an infection rate of under 9 per 100k population a month ago to nearly 200. And the neighbouring borough, Manchester, is over 500.

Would eat every dish at this place.

I especially like this one, leaves Hong Kong’s overcooked kai lan with oyster sauce in the dust. 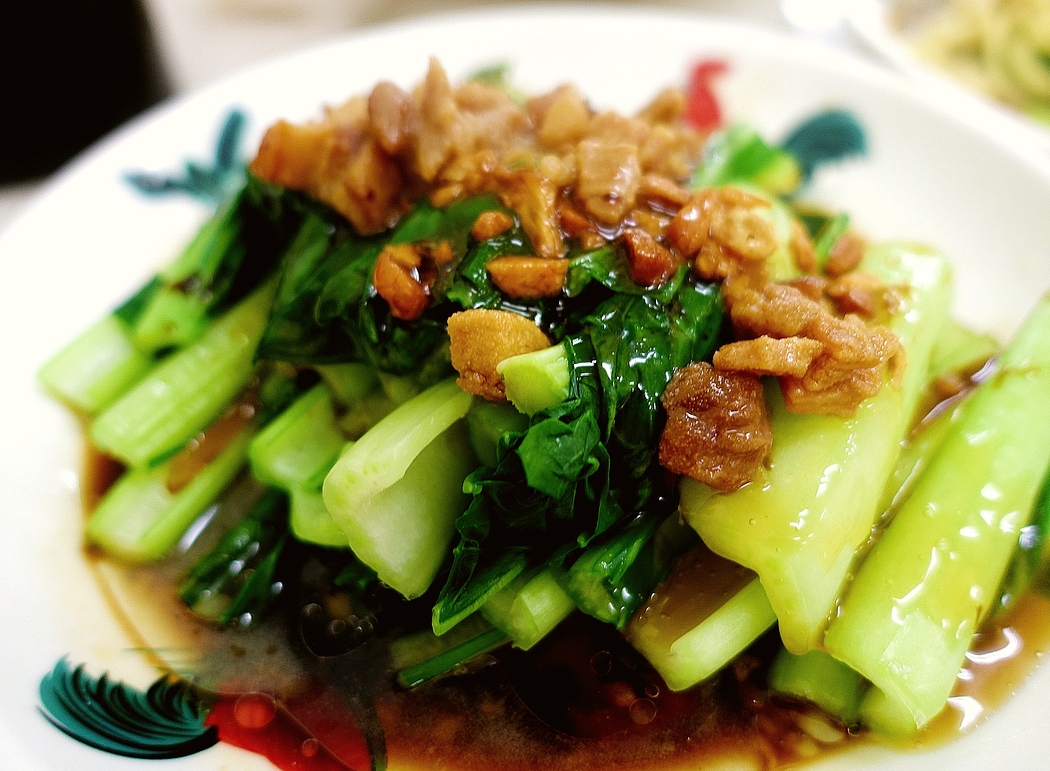 but how many of you were eating that feast?

There were four in our party - it was a pretty carb-heavy meal, so we were feeling quite sated afterwards!

I’m expecting a local lockdown of restaurants, probably to be announced on Monday (although we’d already decided not to go out this week).

Do keep safe, John. Precarious times still - as long as we don’t have the vaccine yet.

497 days since the Malaysian Control Order (MCO) was first implemented on 18 Mar 2020, and Day 78 of the current MCO 3.0 lockdown. And with new COVID cases showing an alarming spike in numbers currently, it doesn’t look like there will be any loosening of controls to permit dining-in at restaurants any time soon.

Ditto Gou Lou Sar Hor Fun’s dishes which we ordered today - they ended up rather gluggy as we plated the 3 noodle dishes we’d ordered from their take-away packs. Luckily, the noodles’ taste profiles were so expertly balanced, they made up for the deterioration of textures to a certain extent. 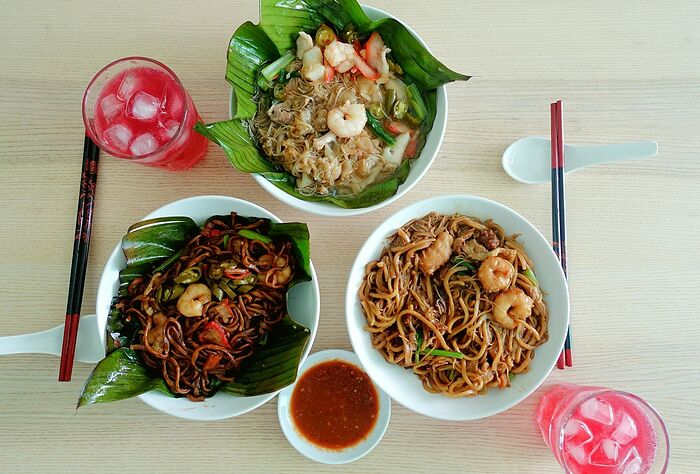 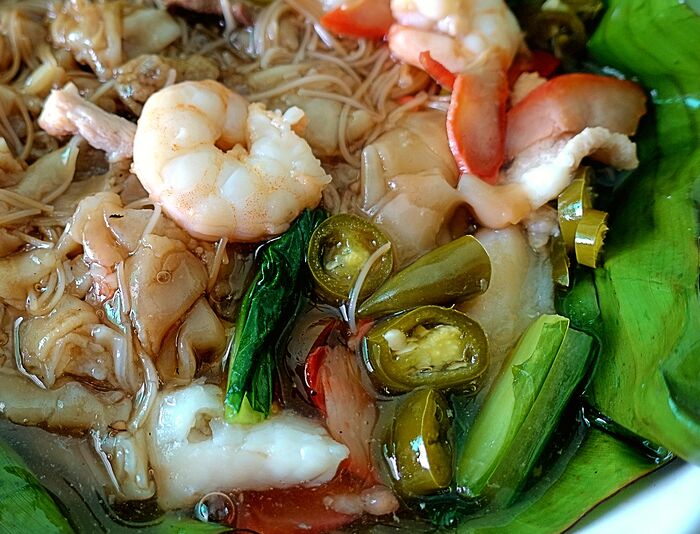 The re-hydrated yee fu mee is stir-fried in lard, soy sauce and other condiments till a “wok hei” seared fragrance is obtained, before being topped with the meat-seafood gravy. As with the sar hor fun, the yee fu mee is served with pickled green chilis, which cuts through the richness of the dish beautifully. 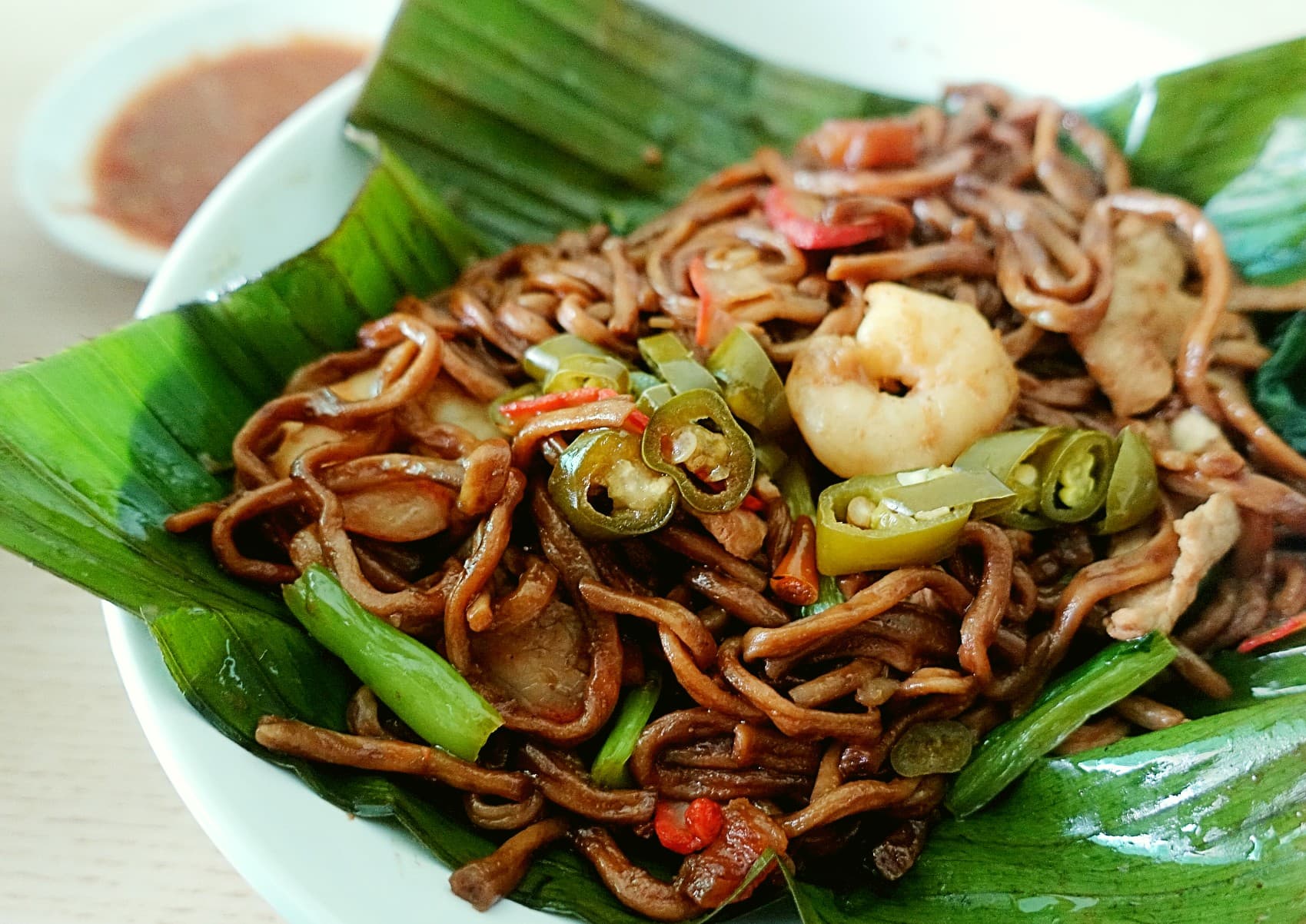 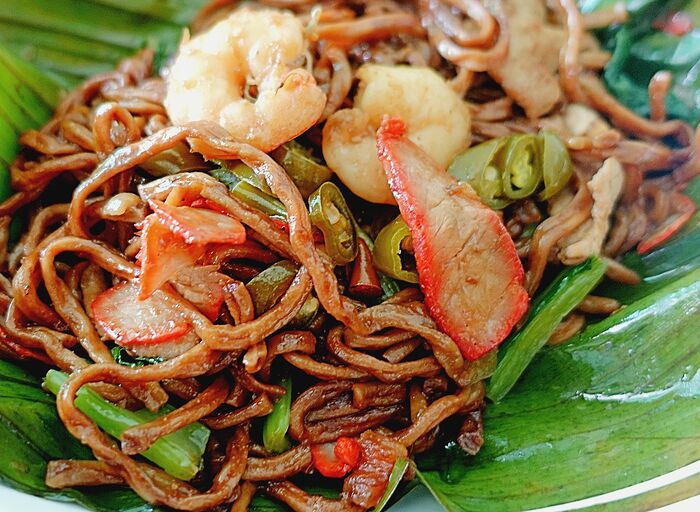 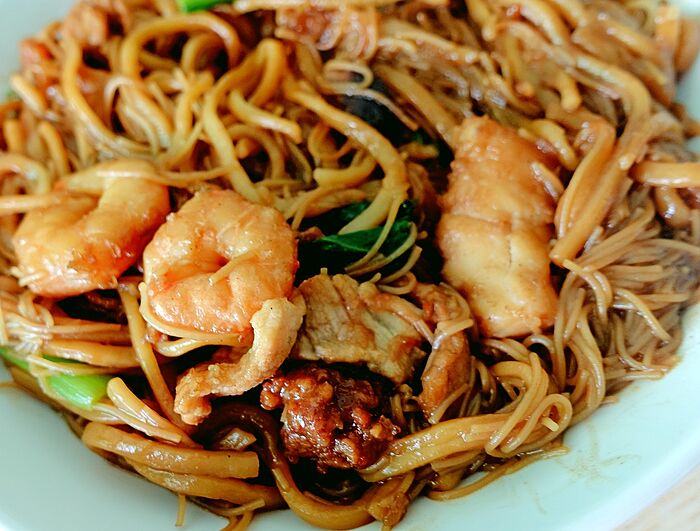 We do miss dining out, and having these noodles served steaming hot, straight from the wok. But, with the current situation as it is, Gou Lou’s probably the best place to have take-out versions of those dishes. 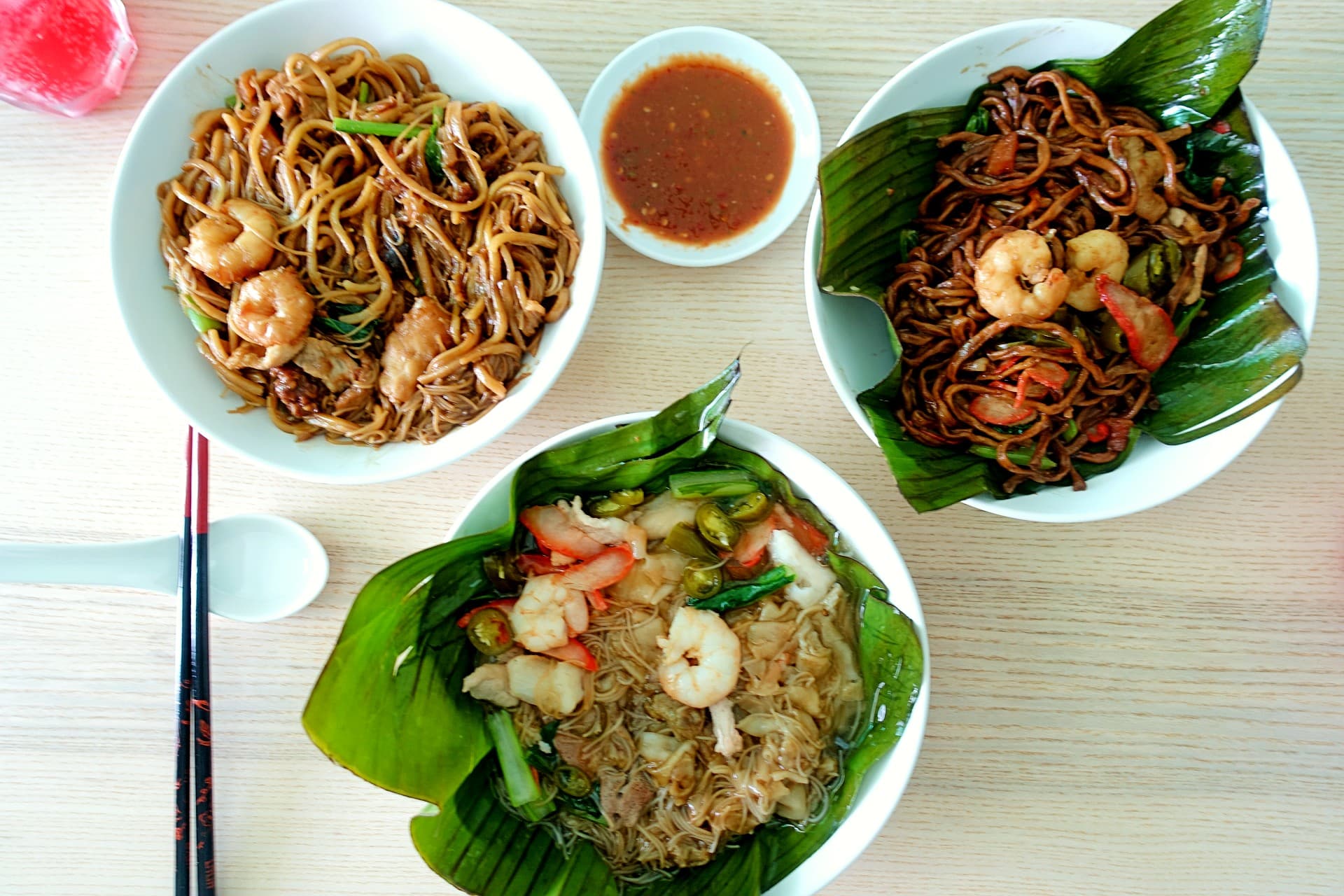 Can I ask if the lard mentioned in these posts are all the same or different?

The re-hydrated yee fu mee is stir-fried in lard, soy sauce and other condiments till a “wok hei” seared fragrance is obtained, before being topped with the meat-seafood gravy

The reason I’m asking is I started fiddling with American BBQ and there are a lot of trimmings which are overwhelmingly (but not exclusively) fat. I can and have rendered and used the fat as a cooking oil but there’s so much I’m trying to find other uses such as various forms of seasoning meat.

Your writing about the choy sum topped with lard in particular seemed like a similar application so any information you may have towards that end would be much appreciated!

Your writing about the choy sum topped with lard

That should be lardons, i.e. crisp golden-fried nuggets of pork fat.

The noodles fried in lard refers to rendered fat here.