Padang Brown Food Centre - it’s named after David Brown (1778- 1825), a colonial-British nutmeg planter in Penang - is one of the best places to find Penang hawker food on the island (it’s opened for lunch/afternoon tea, and winds down by dinner-time). Since the 1950s, Padang Brown (“Padang” in Malay means “field”) has been one of Penang’s foremost hawker centres.

It’s still extremely popular today - and two of the reasons are the crabmeat “popiah” and Penang-style “yong tau foo” stalls, both the best of their kind in George Town, Penang.

Penang-style “popiah” is also unique in that it’s usually served drenched in the light broth obtained from the jicama stew - this sets it apart from its cousins in KL, Singapore, Vietnamese “goi cuon” & Indonesian/Filipino “lumpia”, all of Hokkien/Teochew origins. 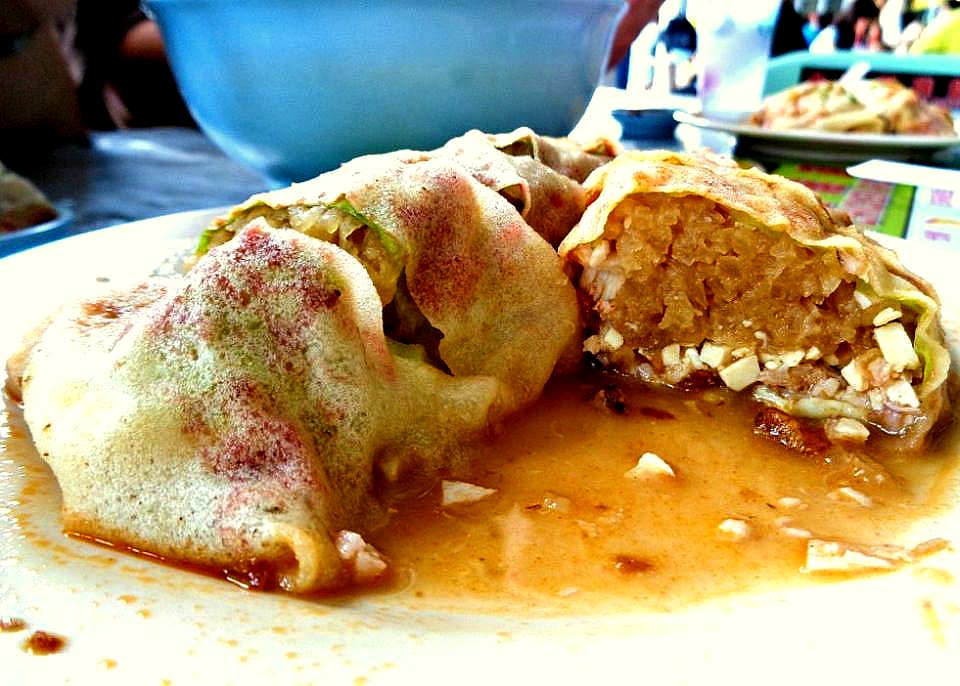 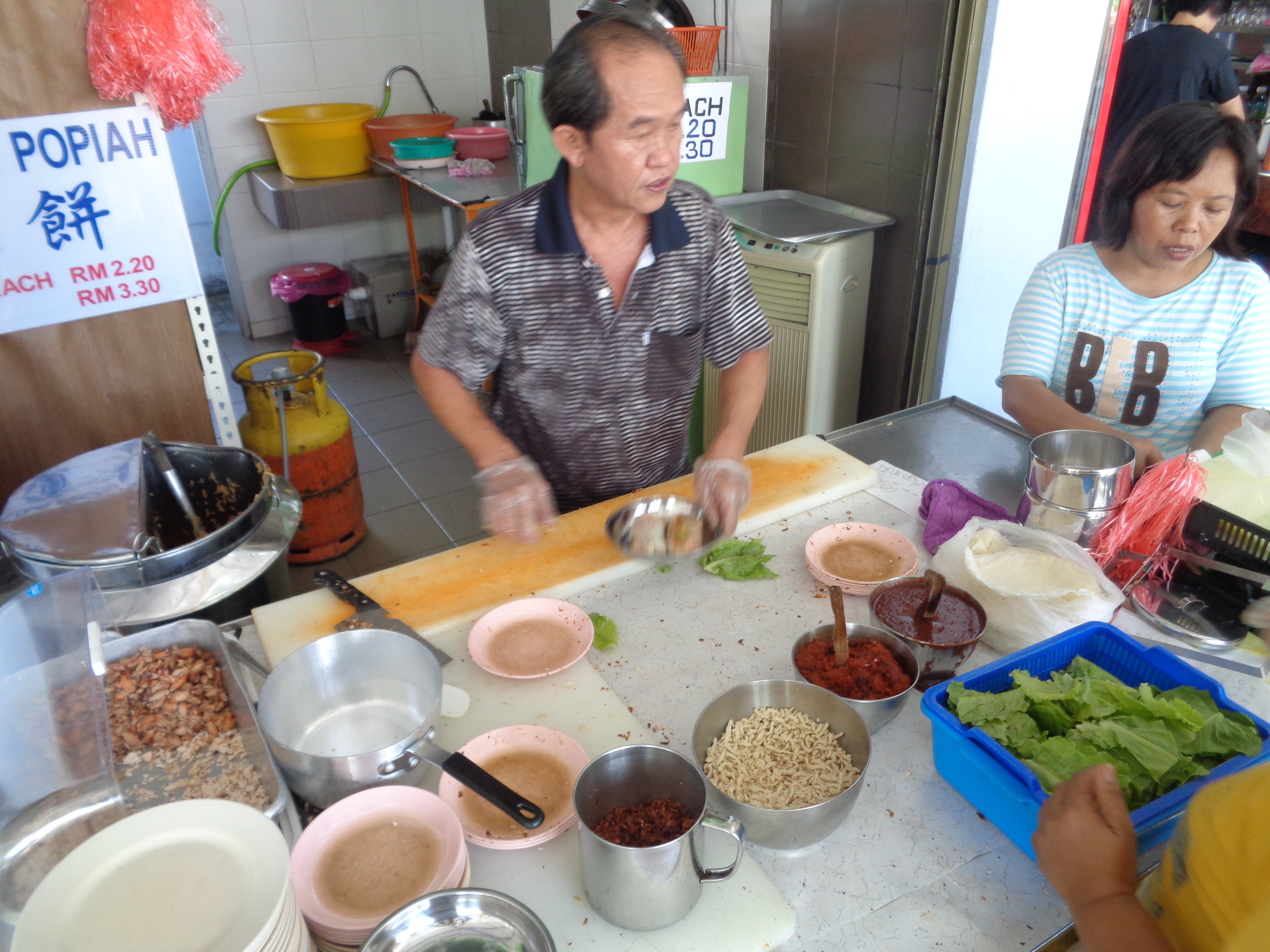 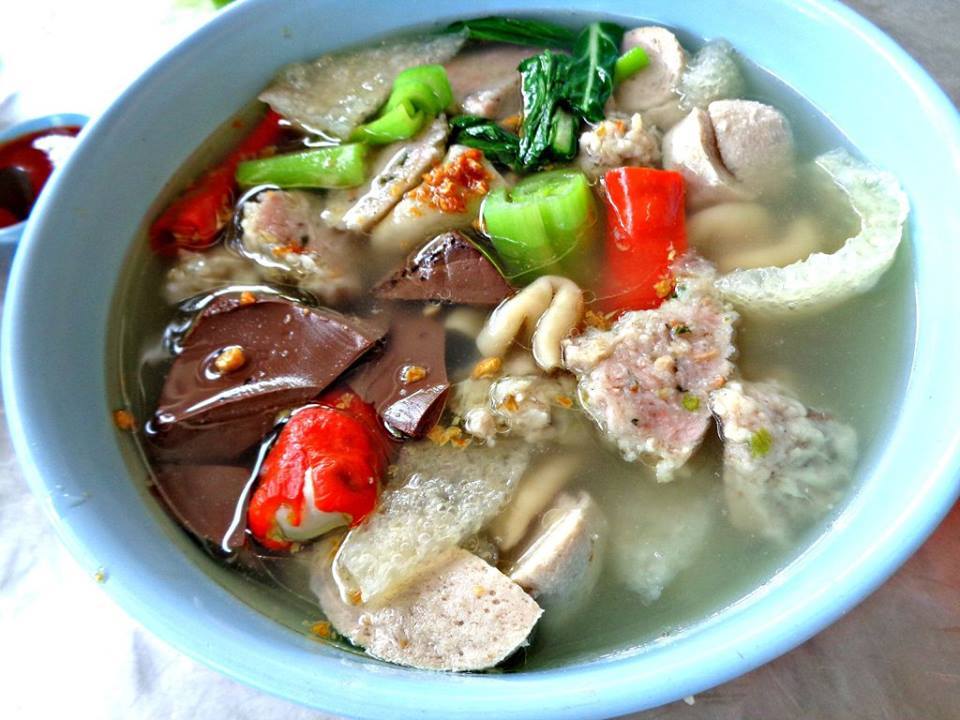 Penang’s Hokkien-influenced “yong tau foo” is enjoyed by itself - no rice as side-dish as in Kuala Lumpur, and no noodles of any ilk like its Ipoh counterpart. The lady who runs the stall, Mdm Hong Hee Tin, took over the popular 60-year-old stall that was founded by her father, Hong Leong Bak, in 1955. Mdm Hong complained to me about how exasperated she was with customers from KL who asked for steamed rice from her, or Ipoh clientele who requested for noodles. “NO RICE! NO NOODLES! This is Penang!!”, she’d huff

For a moment, I was tempted to tell her that in Singapore, our “yong tau fu” comes with a bowl of Hakka noodles with minced pork-dark soy-sauce topping, but thought I’d better hold my tongue 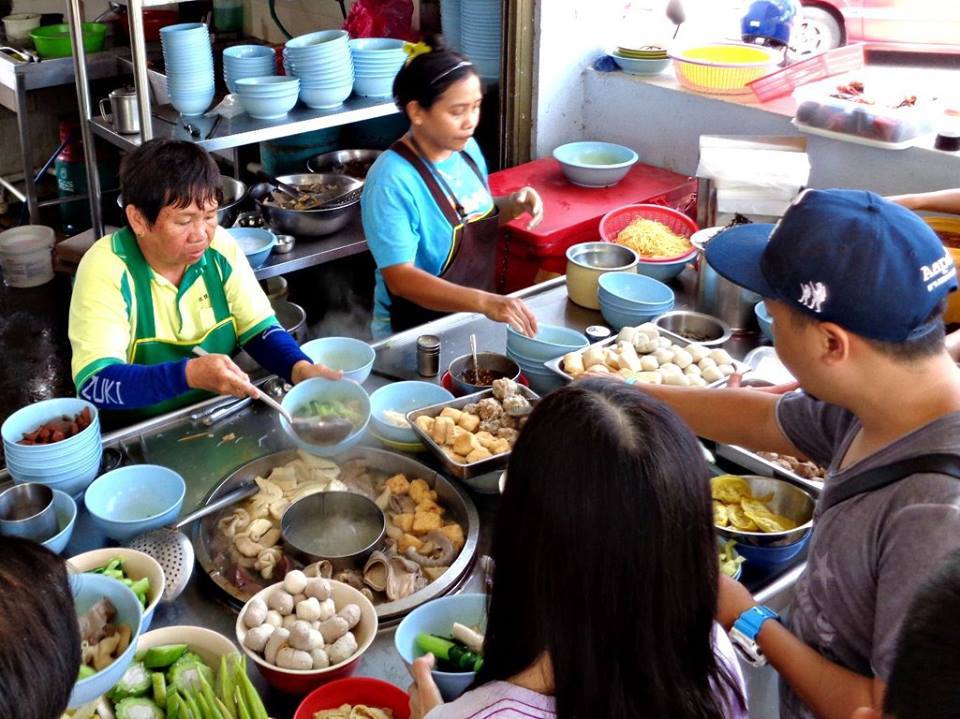 Padang Brown Food Centre, and with the David Brown Memorial’s obelisk in the middle: 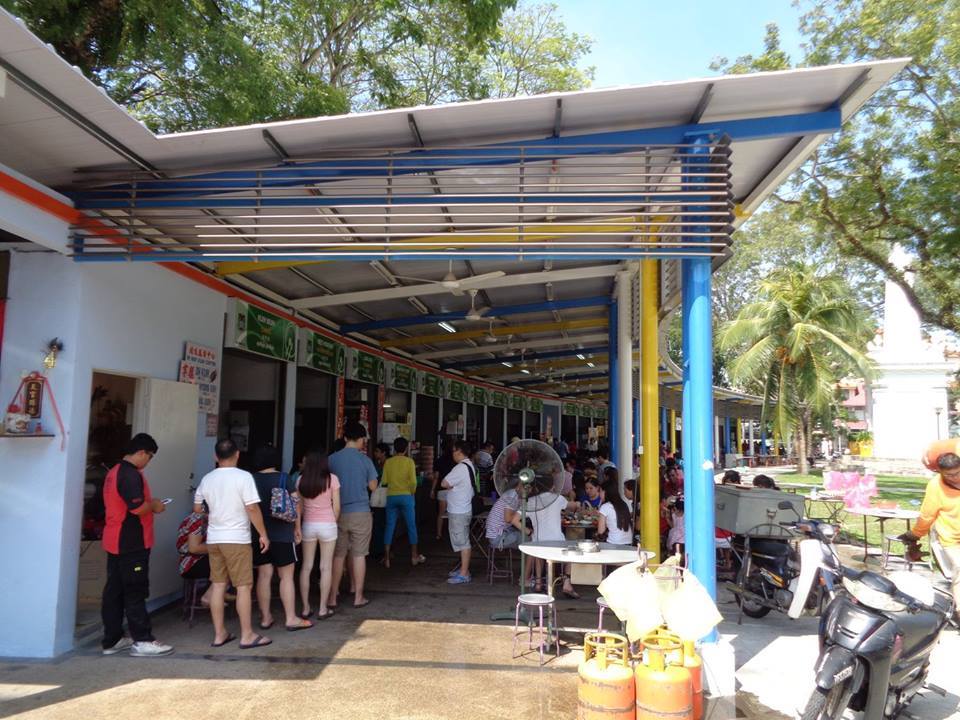 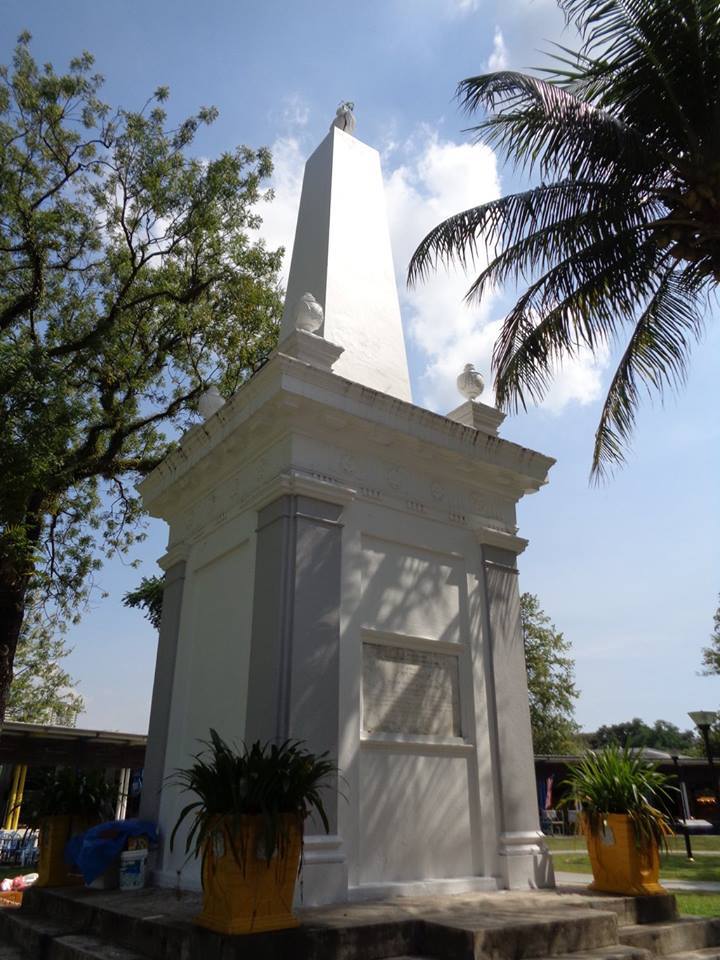 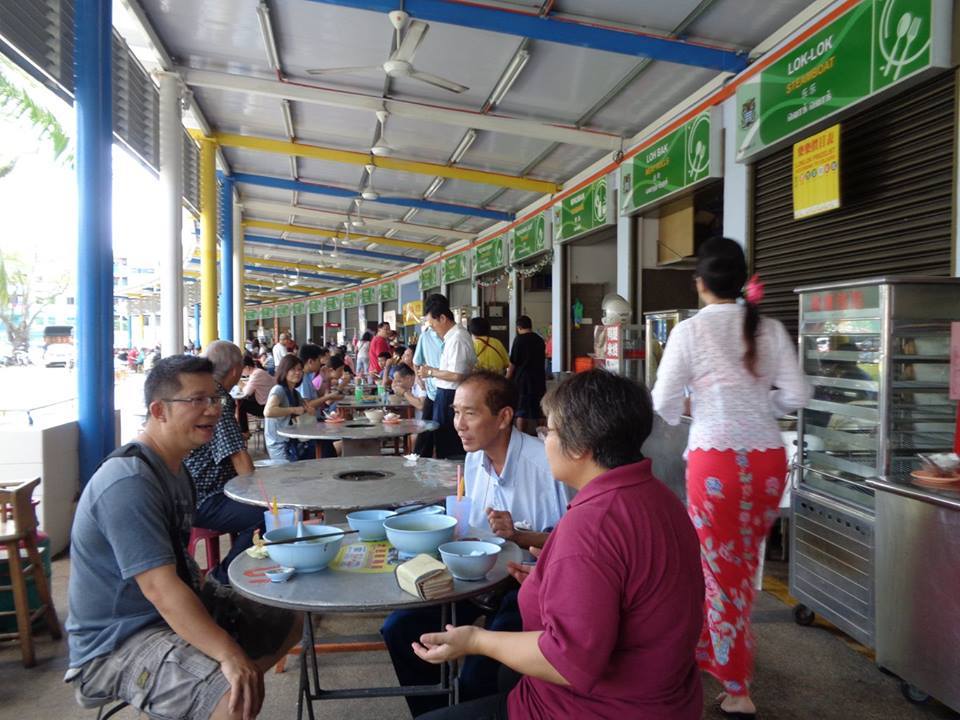 Lunch at Padang Brown Food Centre today, which has two of my fave hawker food items in Penang: crabmeat popiah and Hakka yong tau fu! Kerabu beehoon from Ri Way Kuih Centre (Stall #1) was fab, whilst its Nyonya kuih selection was only okay, at best. 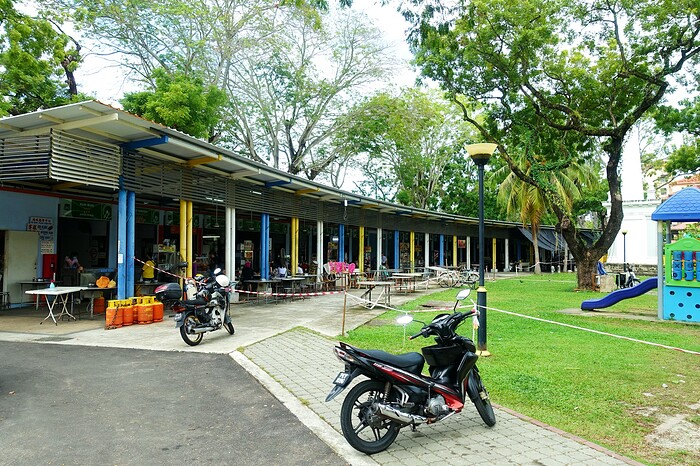 Crabmeat popiah - my kinda spring roll: the rice paper wrappers are delicate and lacked the elasticity of Vietnamese wrappers, and this is the way I like my spring rolls.
Penang spring roll filling are stewed jicama, with pork, shrimps, onions and other condiments - but it’s very subtly and delicately-flavored, compared to its counterparts in Singapore and Taiwan. The version here also has a deep crustacean flavor due to its use of crabmeat. 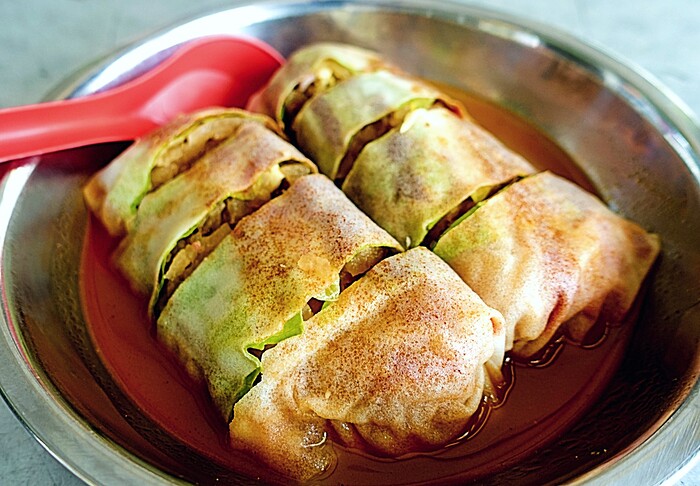 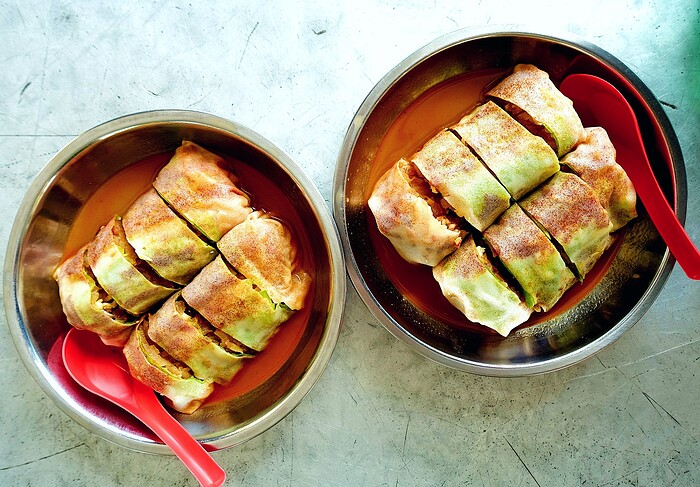 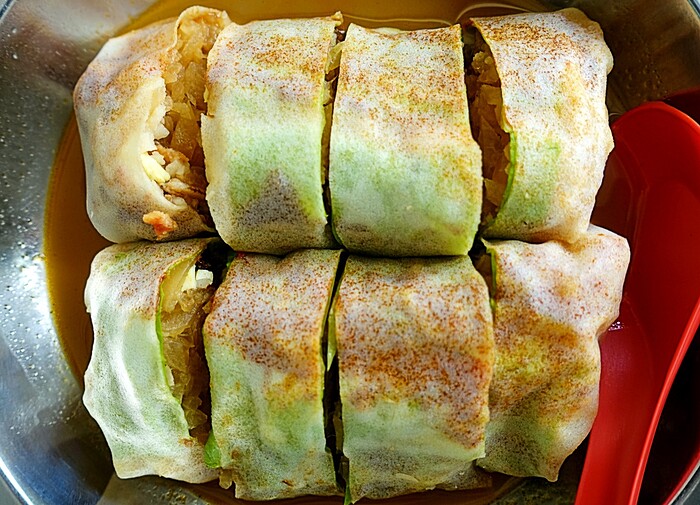 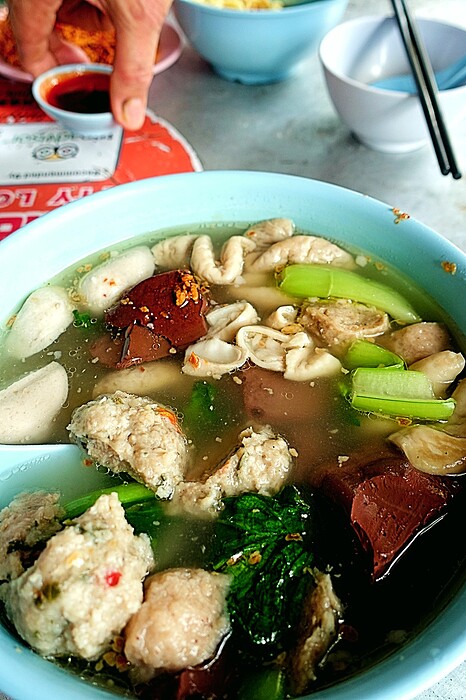 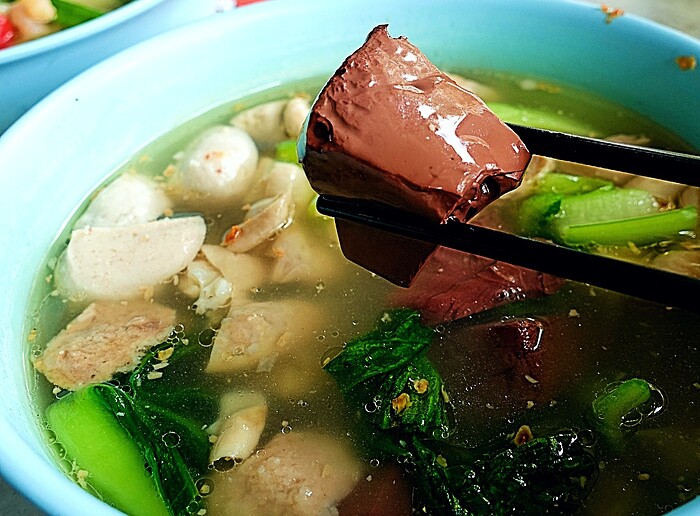 Kerabu bee hoon - this is a rice noodle salad, flavored with “sambal belacan”, shallots, toasted coconut shreds, pounded dried shrimps, lemongrass and other aromatic herbs, then given sharp lift with a squeeze of lime. Simple fare, but absolutely beautiful. Normally not a huge fan of popiah but if there’s crab meat in it then I change my mind. Would try!

The soup looks good, too. I ate lots of fish/meat balls in Hakka stronghold Fujian. Many balls are filled with mea or something else. Ate popiah in Xiamen but it didn’t stir me.

Many balls are filled with mea or something else.

The Hakkas usually use a mixture of pork and fish forcemeat to make those stuffing which they used to fill the various vegetables (chili peppers, eggpants, okra), tofu and tofu puffs.

Ate popiah in Xiamen but it didn’t stir me.

You will have to try the ones here in Penang. The flavors here are so savory-sweet, the bland ones in Xiamen don’t come anywhere close!