The newly-opened, 2-week-old Two Frenchies on Bishop Street offers perhaps the most authentic French bistro fare in Penang. Owned by two long-time French expatriates in Penang, Bruno Guillon and Cedric Delmotte, Two Frenchies is an oasis for good Gallic home-cooked fare on a little street which used to be Penang’s High Street a century ago. Bishop Street itself is named after the 18th-century Toulouse-born French Bishop Arnaud-Antoine Garnault who settled here in 1781. 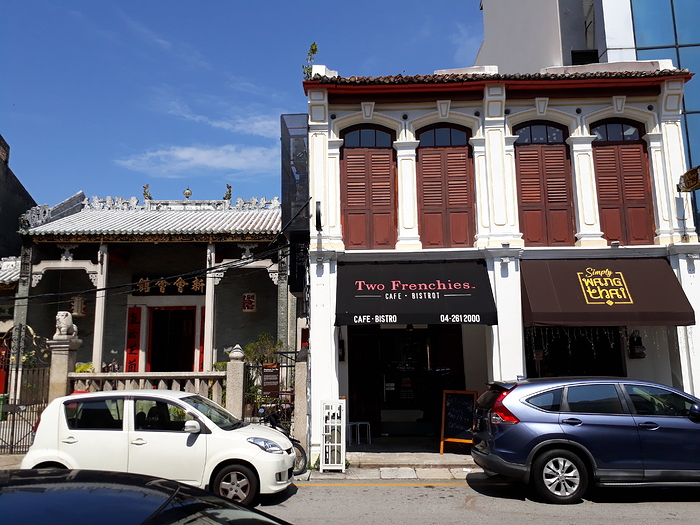 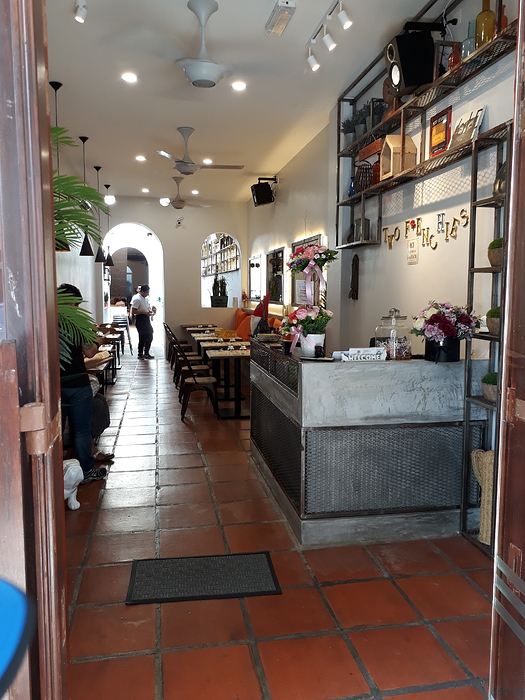 Two Frenchies took great pains to ensure 100% authenticity in its dishes, a departure from the usual practice in Penang of localising its Western fare, be they American, Italian, Spanish or any other European cuisine, to suit the local/native palate.

What we tried so far: 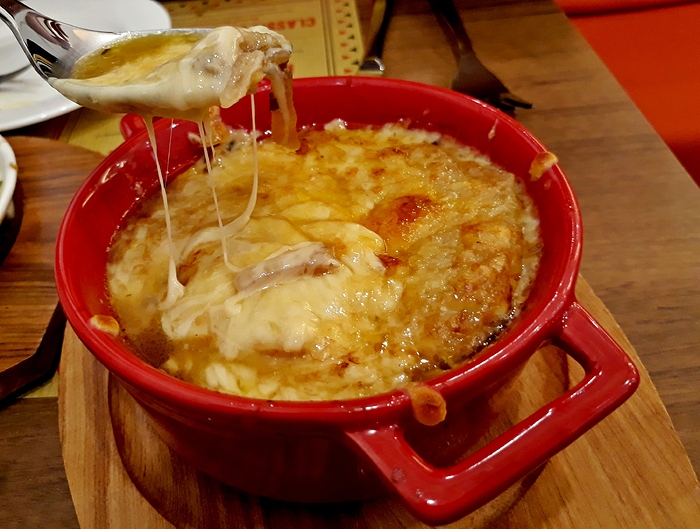 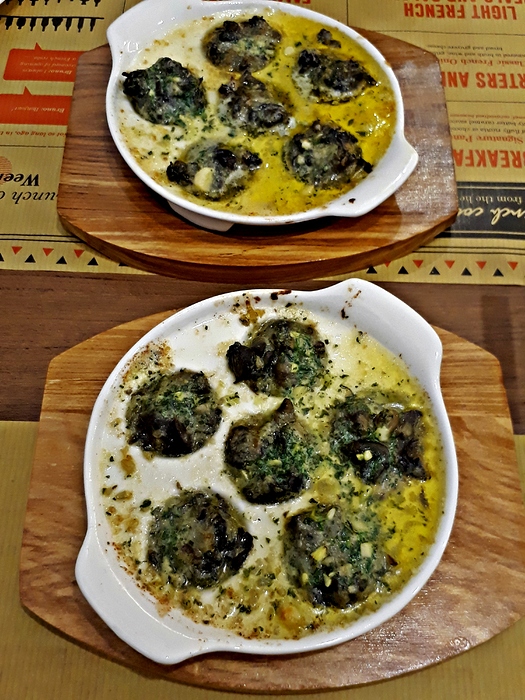 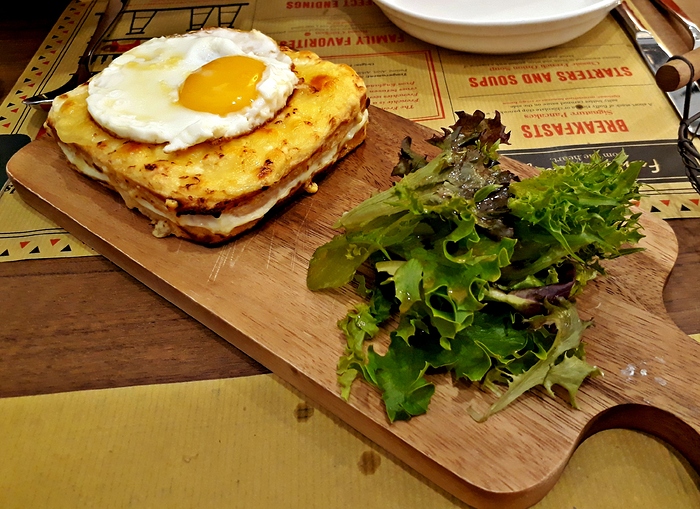 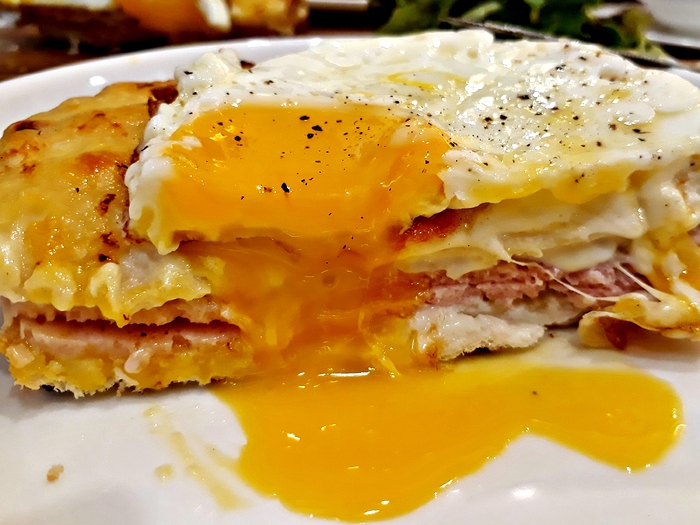 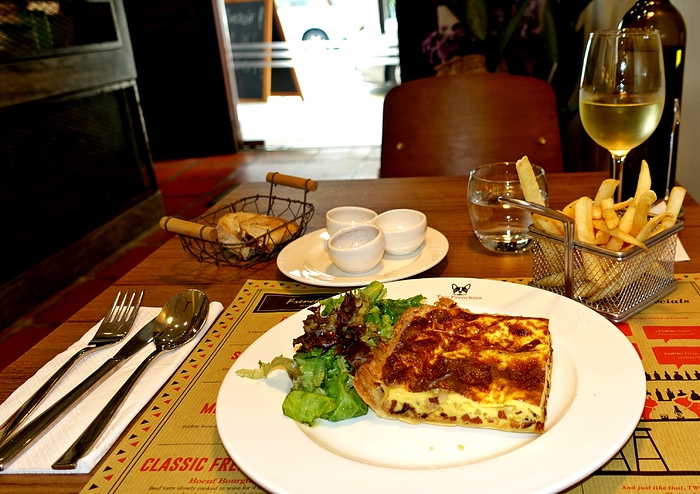 Mains
5. Confit de canard (duck confit from the South-west region of France). The rendition here was perfect: fall-off-the-bone tender duck-meat, on rich but not too creamy mashed potatoes. 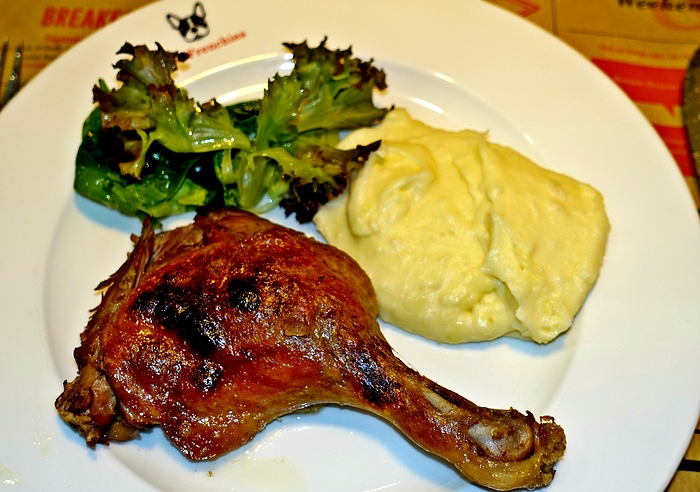 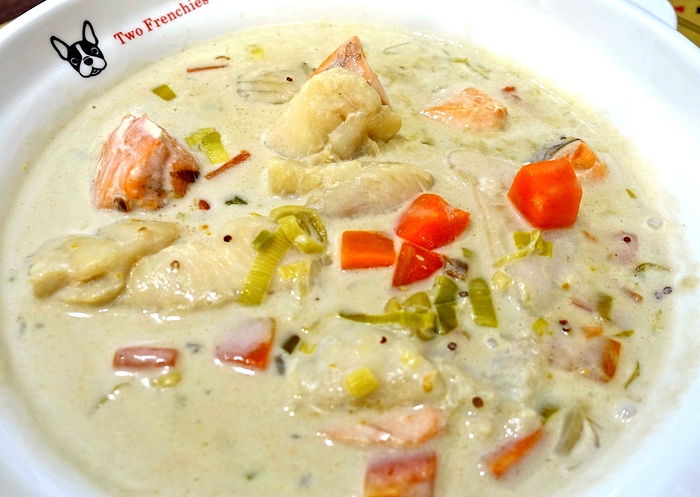 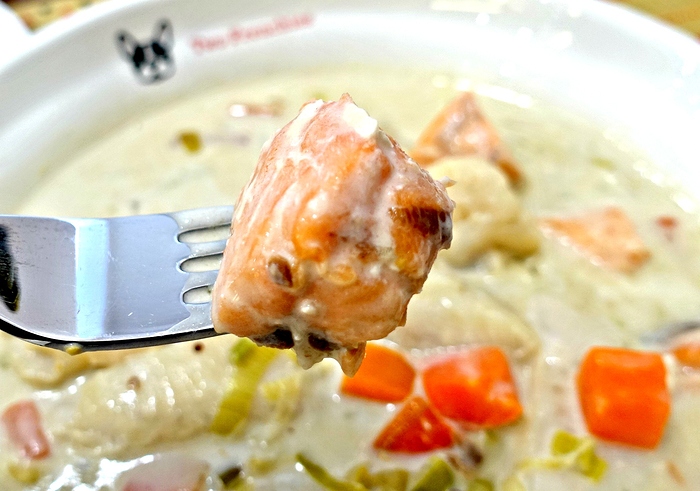 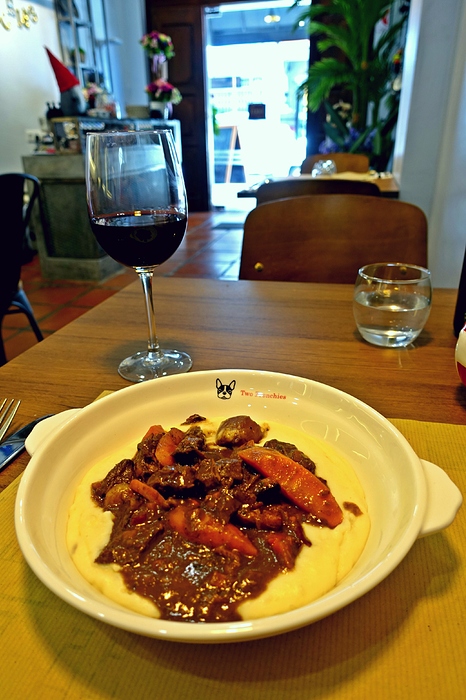 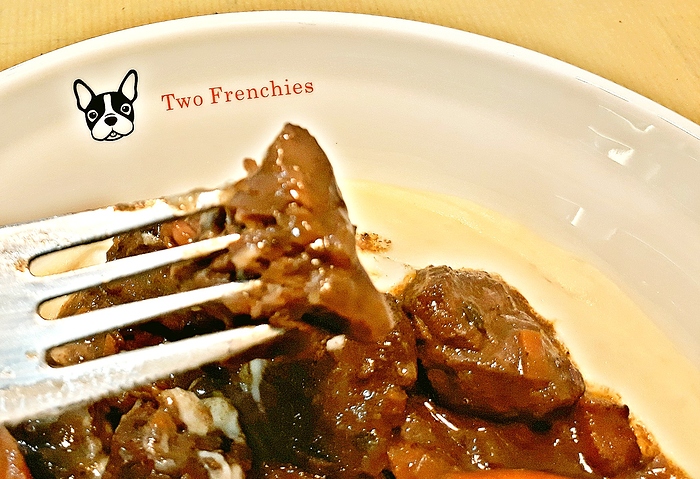 Desserts
7. Profiteroles - the ones here were filled with ice-cream instead my fave filling: whipped sweet cream. 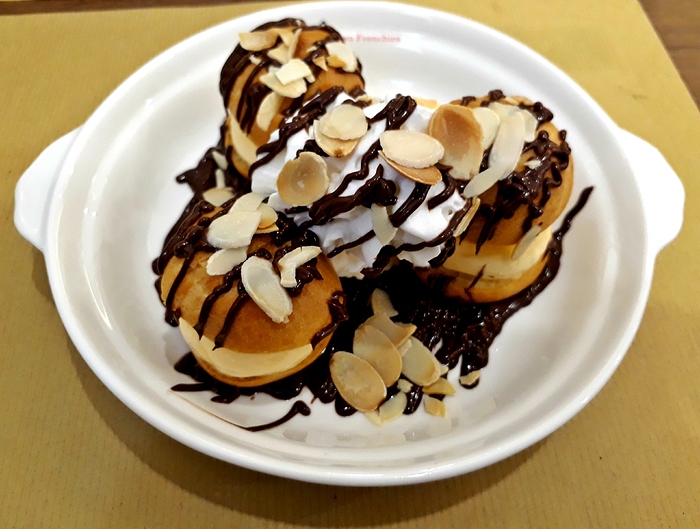 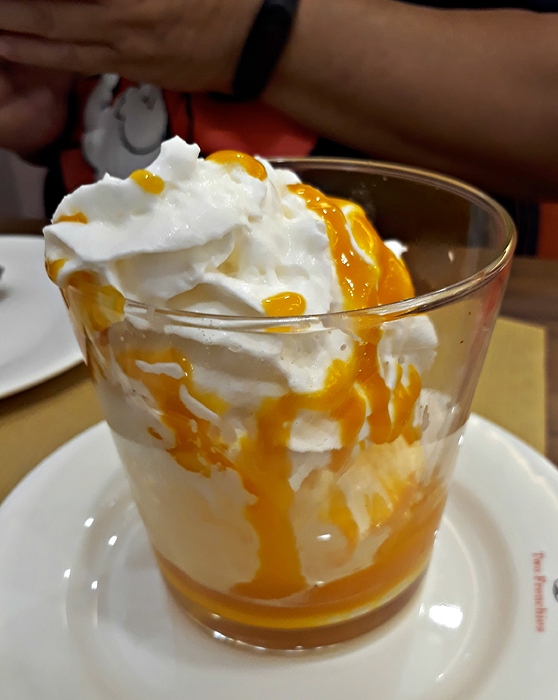 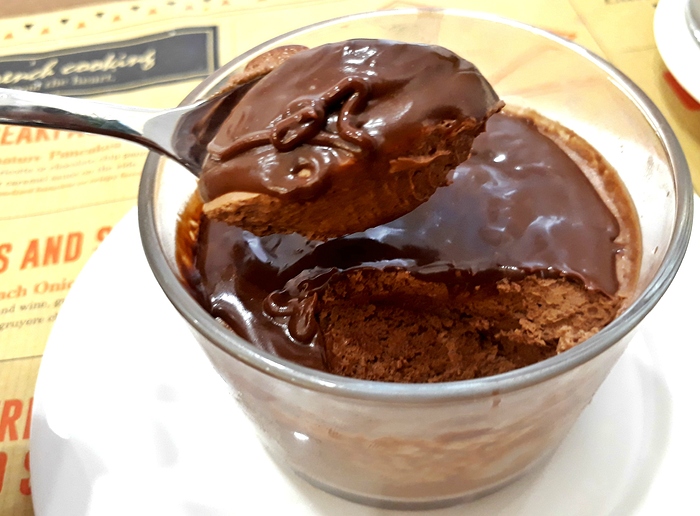 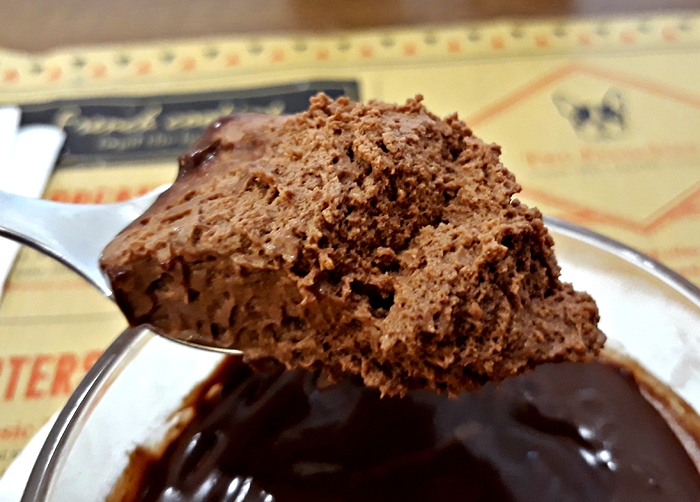 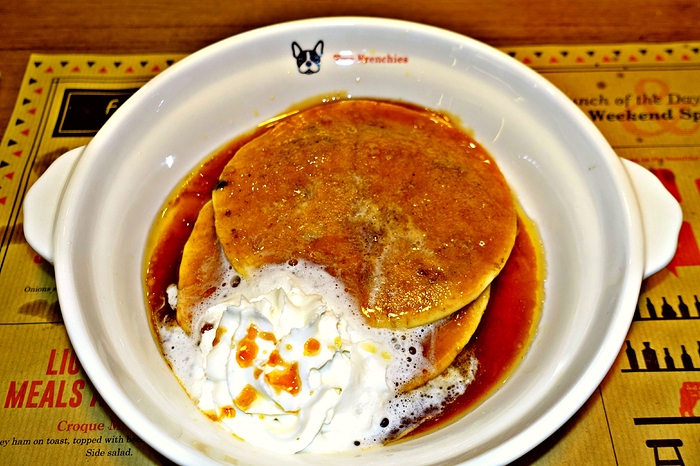 Two Frenchies continues to add to its menu as its kitchen settles in. Really looking forward to the new items it plans to add to its current repertoire. 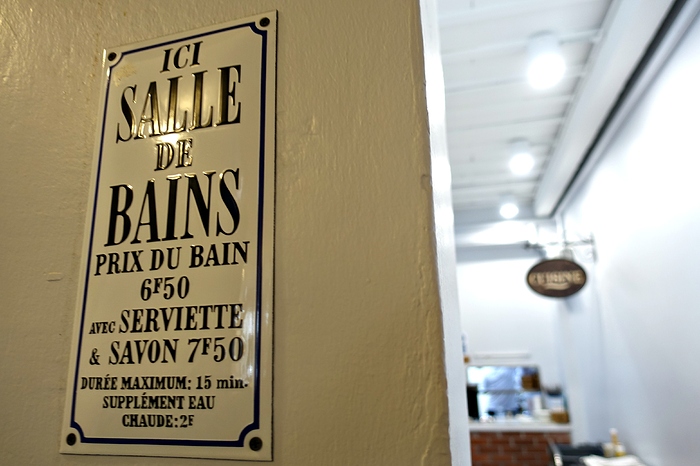 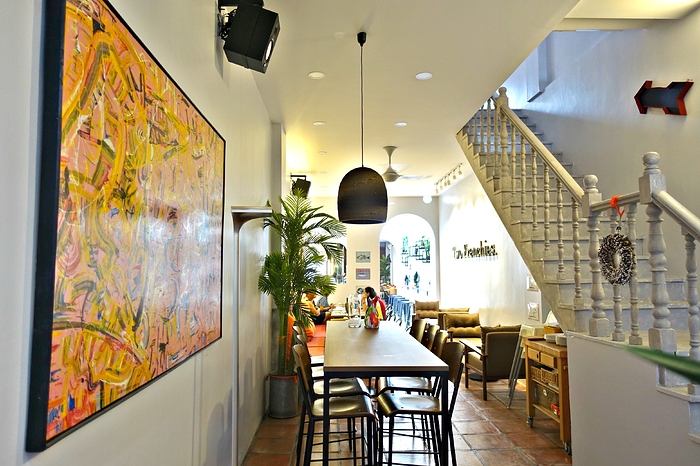 Boeuf bourguignon - utterly delicious here. The chef made sure cured pork was used to impart the rich, salty tang atop the deep, mellow flavours of the stew.

Wait! They used pork for a beef dish?!

Those are really classic French dishes that serve in a brasserie. I love profiteroles.

Everything looks “right”, Peter - except the pancakes. Maybe just the photo, but they look like thick, American style ones, rather than the thin ones that the French (and Americans) call crepes.

FWIW, we always put bacon in boeuf bourguigon. I always thought a bit of pig was traditional but happy to be corrected by naf.

I always thought a bit of pig was traditional but happy to be corrected by naf.

I was gardening all day today, my head was spinning in all direction and couldn’t think correctly. You are right, there are always some bacon.

Maybe just the photo, but they look like thick, American style ones, rather than the thin ones that the French (and Americans) call crepes.

I don’t think they try to do a French pancake at all. It is chantilly and caramel that is French in the dish. You eat crêpes and galettes in a crêperie, you see them rarely in a normal restaurant.

I was gardening all day today

I’m impressed you’ve had good enough weather to garden. I managed an hour, in between the heavy rain, a couple of days ago, but that’s been it. I’m still trying to catch up on jobs from the autumn when I couldnt do anything after my knee operation

Today it was exceptional, grey sky but no rain, warm 14ºC. I spent the whole day picking up dead leaves and doing karcher. Unfortunately I didn’t finish the job, light was gone around 5pm, but I insisted an hour more with a lamp, difficult to know what I had done. Tomorrow announced a storm, so I will be cooking.

To judge from your report and photos (especially of the duck confit), you’d be hard-pressed to find many Stateside bistro that would elicit a similar review.

Everything looks “right”, Peter - except the pancakes. Maybe just the photo, but they look like thick, American style ones, rather than the thin ones that the French (and Americans) call crepes.

You’re right, Harters - I’d also have preferred crepes to pancakes. But this is actually a (more substantial) dish on their breakfast menu which we wanted to try, and not really on the dessert menu - but they were happy to oblige.

You are right, there are always some bacon.

naf, Harters
Actually, purists would have recommended cured pork or bust, since bacon would give the dish a different flavour. 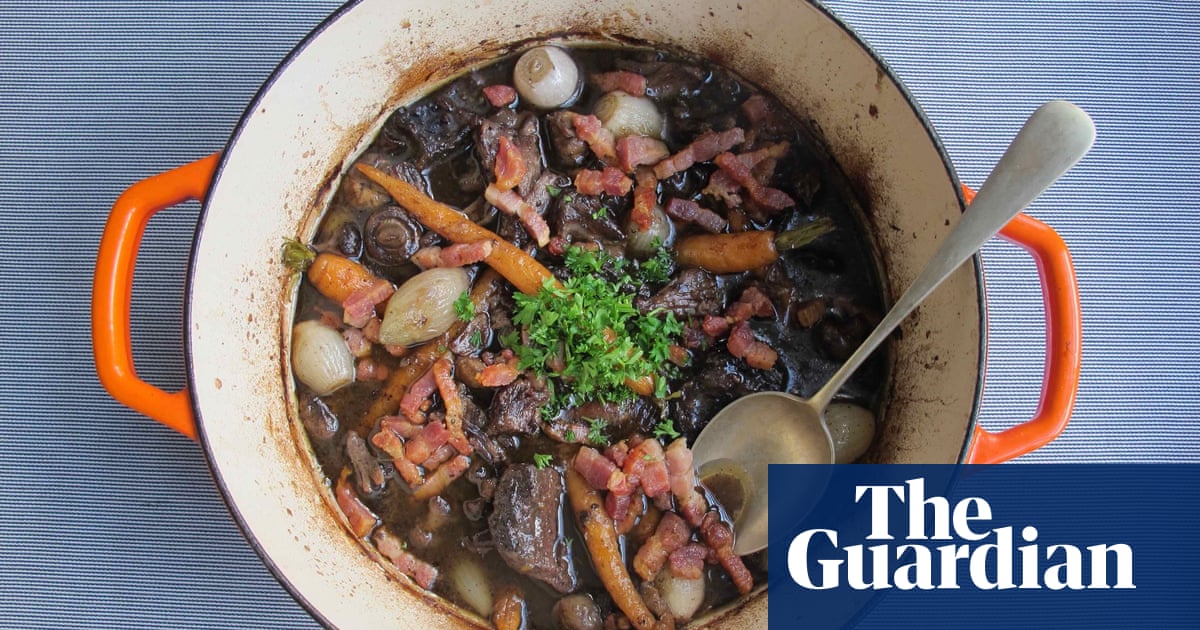 How to cook the perfect boeuf bourguignon

There are no shortcuts for this giant of French classical cooking, but that doesn’t mean it’s not manageable. What cuts of beef are best? Can bacon replace salt pork? And how pricey a wine do you need to use?

Back for lunch yesterday - the poulet rôti with gratin dauphinois was really worth a return trip. 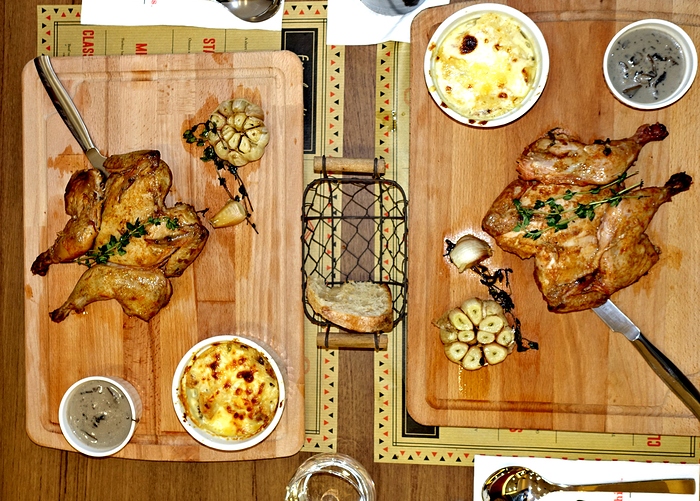 Two thumbs up for this review!

wo thumbs up for this review!

Back to Two Frenchies today for Christmas Day lunch.

I had the French classic, Tournedos Rossini, an old favourite of mine. The dish itself has an interesting history - named after 18th-century Italian opera composer, Gioachino Antonio Rossini (known for his timeless classics like “The Barber of Seville” and “William Tell”), who’s also a consummate gourmand who seeked out the best places to eat in the cities where he lived: Paris, Bologna, Florence. The invention of Tournedos Rossini was often attributed to Chef Casimir Moisson of the legendary Parisian restaurant, Maison Dorée, where Rossini was a regular customer.

The dish - a piece of filet mignon that’s pan-fried in butter, then served atop a crouton, topped with a slice of pan-fried foie gras and drizzled with Madeira demi-glace sauce. Of course, a dish this good will have many others who claimed ownership over it - amongst those, Auguste Escoffier and Marie-Antoine Carême, even Café Anglais’s head chef, Adolphe Dugléré (one of Carême’s proteges) whom Rossini himself dubbed Le Mozart de la cuisine.

The renditon here at Two Frenchies was perfectly executed. Instead of garnishing their dish with black truffles, the steak was served with a creamy mash with chopped black truffles whipped in. 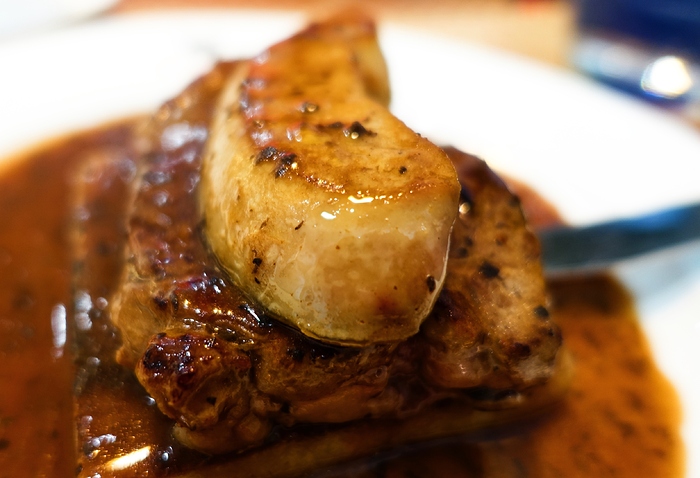 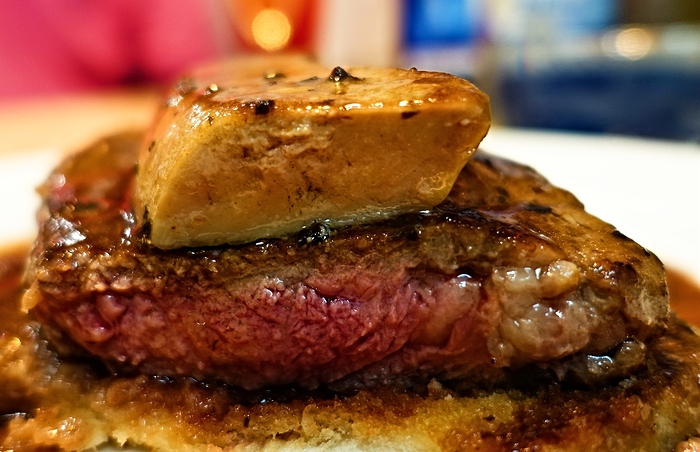 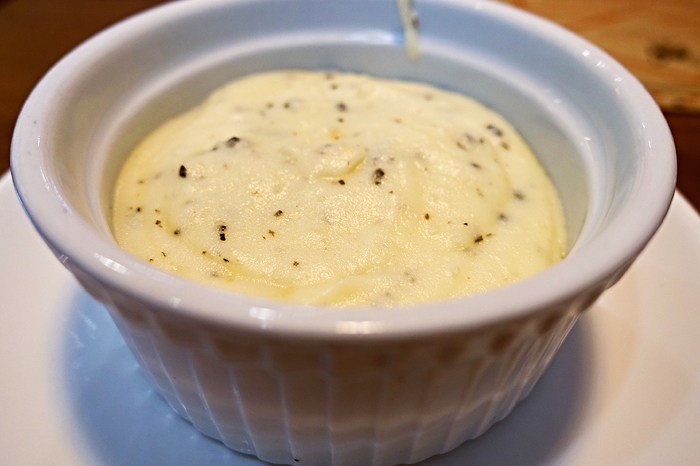 The other entree we ordered was the Provencal classic, the Bouillabaisse. Perfectly executed here, with the freshest prawns and fish used, a testament to Penang’s ready access to seafood by virtue of it being an island. 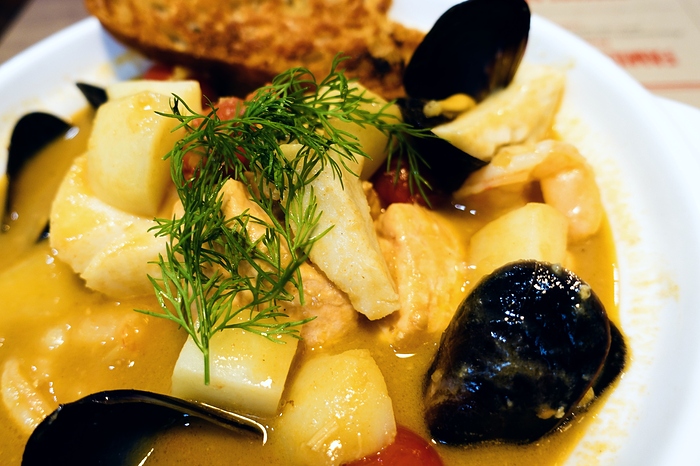 For desserts, we order a Tarte Tatin, served with a cloud of whipped cream: 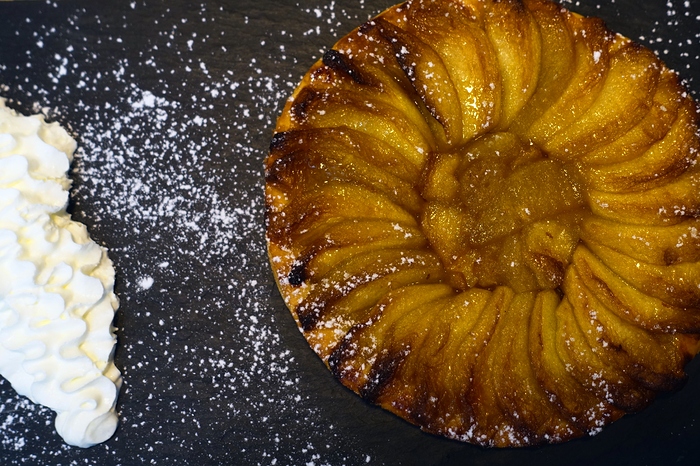 And their signature Pot au Chocolat: 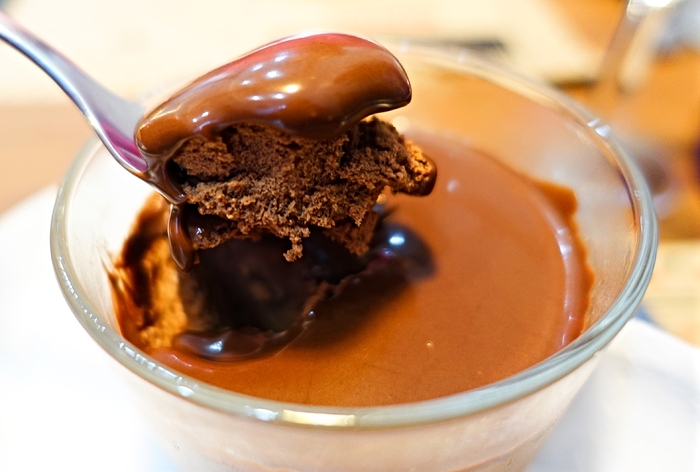 Service was carried out with alacrity, as always, despite the restaurant being packed with Christmas Day diners. But what I enjoyed most here is the food - true-to-tradition, good, solid bistro cooking using quality ingredients.

2019 is the Year of the Pig on the Chinese lunar calendar. Time to pig out!

TY Klyeoh “Peter” The same to you … So very perfect

You’re right, Harters - I’d also have preferred crepes to pancakes. But this is actually a (more substantial) dish on their breakfast menu which we wanted to try, and not really on the dessert menu - but they were happy to oblige.

And just another reason to love you

Not good for my waistline.

I feel your pain … I did relate to what you wrote