Kampung Sungai Pinang is a tiny, sleepy hamlet in Balik Pulau, the largely rural western half of Penang island. Its entire retail precinct consisted of two rows of pre-war traditional Chinese shophouses, perpendicular to each other, and facing Sin Min Chinese primary school.

Peopled mainly by crusty Chinese fisherfolk with brown, leathery skin, and their Malay counterparts, equally dusky-looking farmers, the denizens of this little hamlet can recognize each other by sight from a mile off. 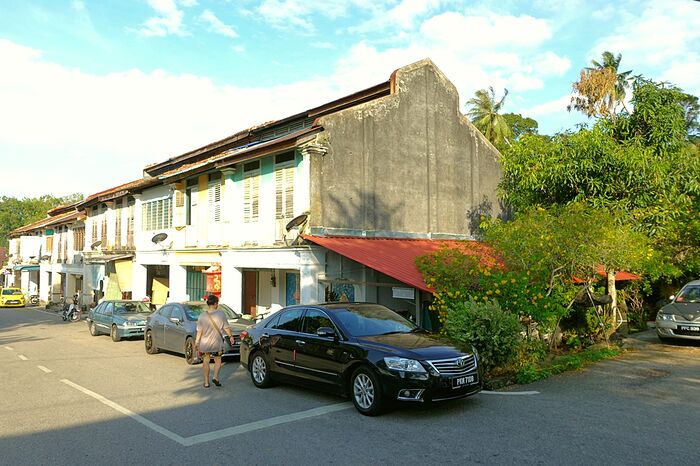 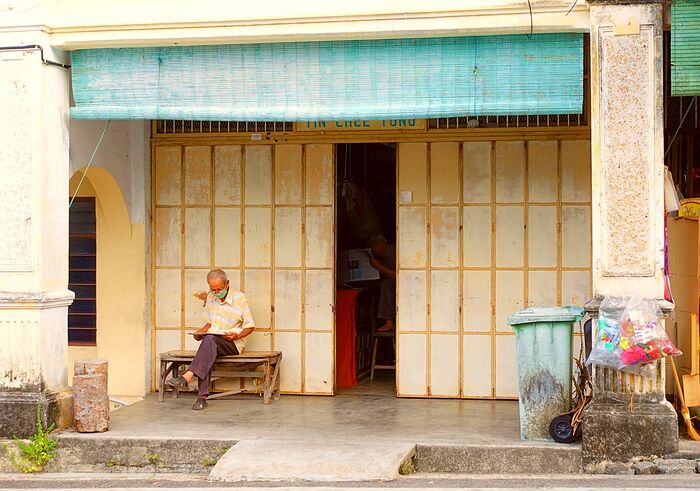 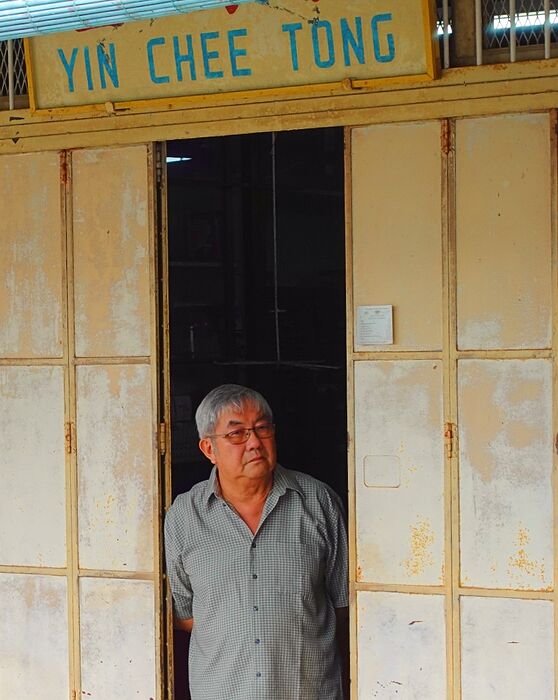 Our destination for coming here is a 60-year-old noodle stall known by its Chinese moniker, “Ah Pi Noodles”. Founded back in the late-1950s by a Hokkien/Fujianese noodle-seller, Goh Swee Ee, the unique noodle dish combined the meaty flavours of Hokkien mee with the unctuousness of lor mee, and the coconut milk richness of curry mee. 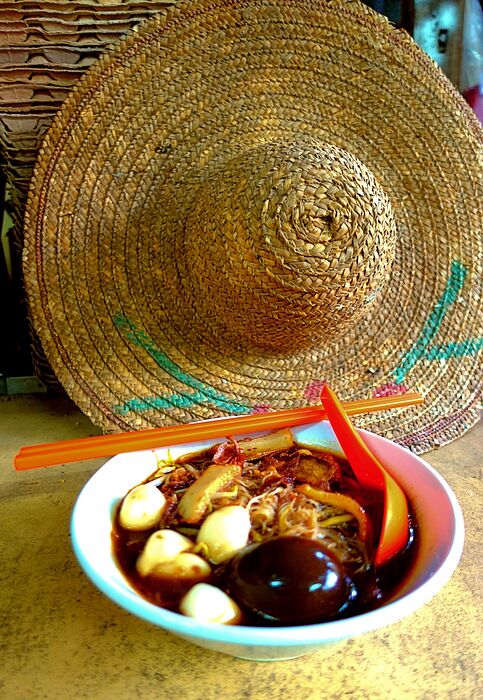 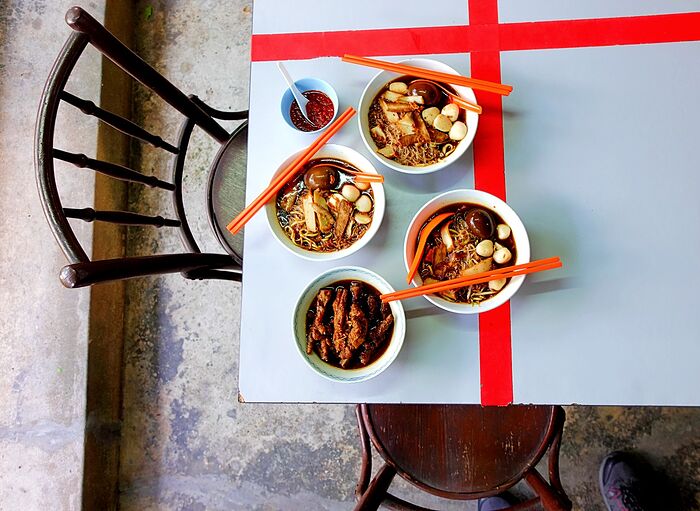 Back then, the elder Goh used wild boar meat and bones, plus shrimp-shells, to prepare his soup stock – boiling the ingredients for up to 5 hours to extract out the meaty goodness. He then hawked his noodles from his trusty push-cart at Kuala Sungai Pinang, a 20-minute cycle ride from Kampung Sungai Pinang where he lived.

Mr Goh met with an unfortunate traffic accident sometime in the mid-2000s, and was forced to retire. He handed over the reins to the business completely to his son, Goh Eu Khoon, who’d been helping his father since he was a teenager back in the 1970s. 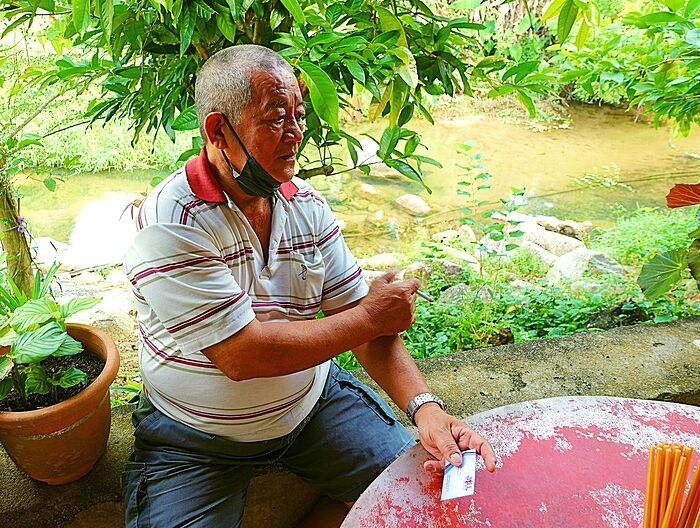 Nowadays, 65-year-old Goh Eu Khoon has also taken a back seat, with his sister, Goh Siew Yong, 58, taking charge. Ms Goh takes the orders and serves out the noodles, whilst her husband does the cooking. 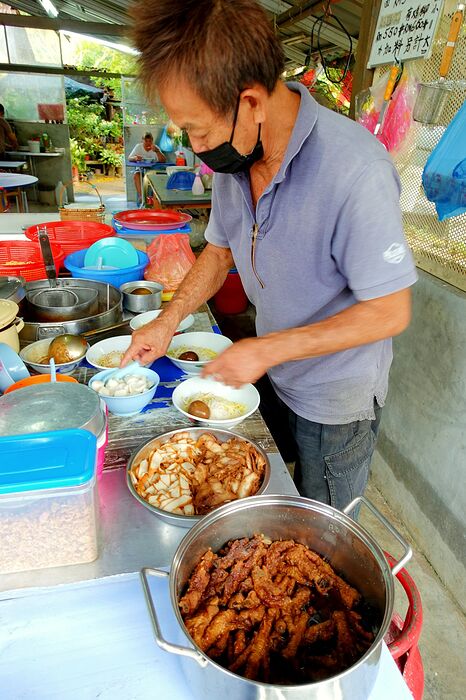 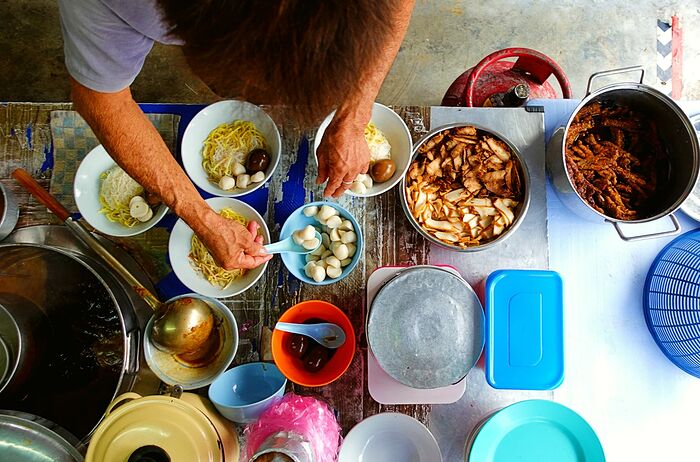 The present form of “Ah Pi Noodles” is fairly soupy, without any trace of lor mee stickiness in the soup, although the familiar herbal aroma and taste (e.g., star anise, cloves, etc.) are there. Ms Goh also explained that no shrimp was used in the soup preparation nowadays, but only large pork bones. I’m not sure if she still used wild boar meat & bones – I’ll need to ask her if & when I go back there the next time.
We also didn’t detect the presence of any coconut milk in the dark-hued broth, and weren’t sure if any was used. 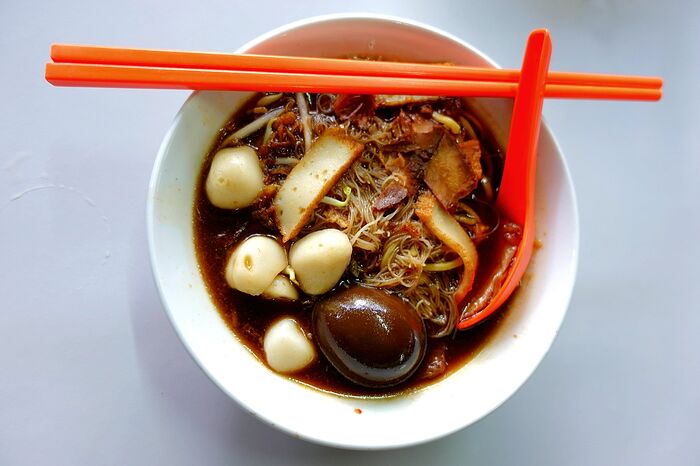 But the end result was still a tasty, soupy bowl of noodles. One shouldn’t forget to order the braised chicken feet (“lor kay kar”) - a very tasty addition to one’s bowl of noodles which has been garnished with slivers of pork and fish-cake, springy Teochew/Chaozhou fish-balls, and a glossy soy-braised egg. The chili paste served on the side provided a stab of spiciness to the dish. 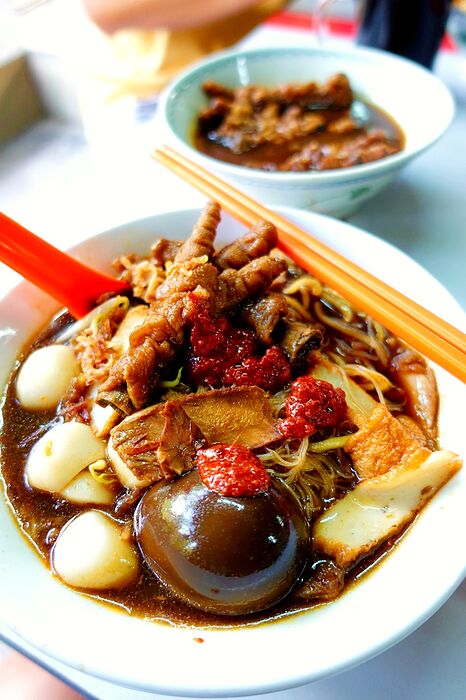 In typical Hokkien/Fujianese fashion, the noodles are a combination of thick, yellow wheat noodles, and thin rice vermicelli: 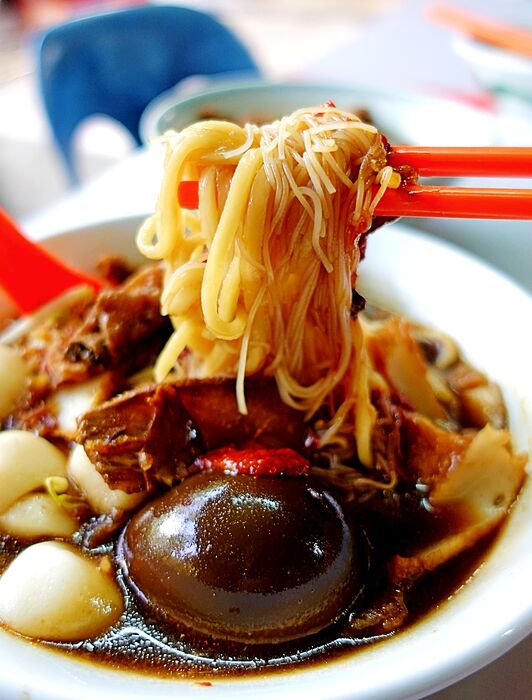 The seating area at the back of the rustic eatery looked out to a little stream, fringed by tall coconut trees waving in the breeze. 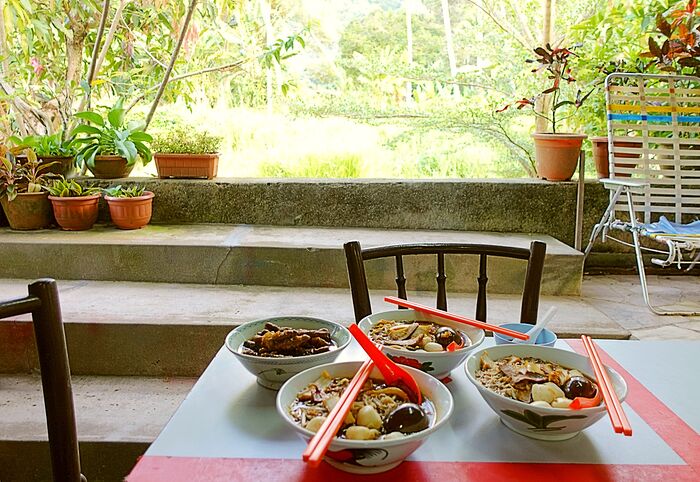 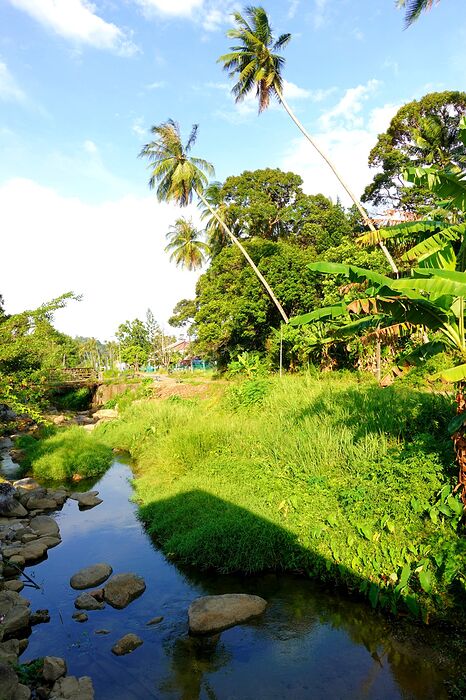 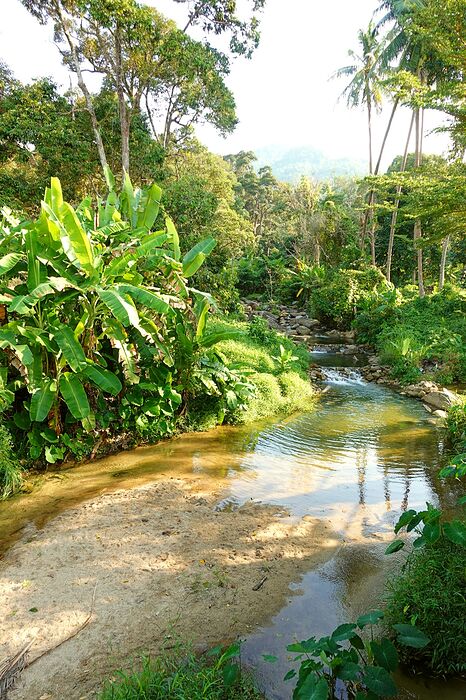 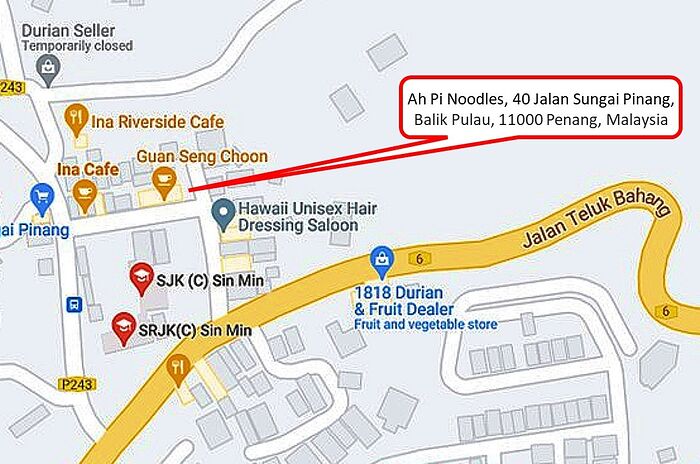 So pretty! You mentioned that the town is very small, and everyone knows everyone. Were they friendly to you? How do they feel about outsiders/tourists visiting? Just curious.

Were they friendly to you? How do they feel about outsiders/tourists visiting? Just curious.

They were very reserved initially.

But I think it helped a lot that we spoke their dialect: Hokkien/Fujianese, and also with the local Chiangchew accent.

Coming from Singapore, I used to speak Hokkien with a Chuanchew accent, which Penangites would immediately pick up the moment I opened my mouth! But after 4 years in Penang, I think I’m able to successfully mimic their Chiangchew accent and pass off as a local - provided I don’t talk too much and make a slip!!