number5kitchen is an eatery that originated in Kitchentown in San Mateo, serving Californian cuisine. Chef Henry Eng has recently moved number5kitchen to a standalone restaurant location in San Carlos. Its only open for a month or two and its only serving dinner on some weekdays and brunch on Saturday, so its not running at full speed yet.

We went recently during their brunch service. The meal was great. Its nice to see legit Californian in the Peninsula that uses good ingredients and are well prepared, and not have to trek to Oakland and the City.

Pork hash with a 63’C egg. Best dish of the meal. Stirred the runny egg into the tender pork shoulder that’s cooked for 8 hours. A hint of fennel added a much welcomed complexity to the dish. And I don’t like fennel much normally. 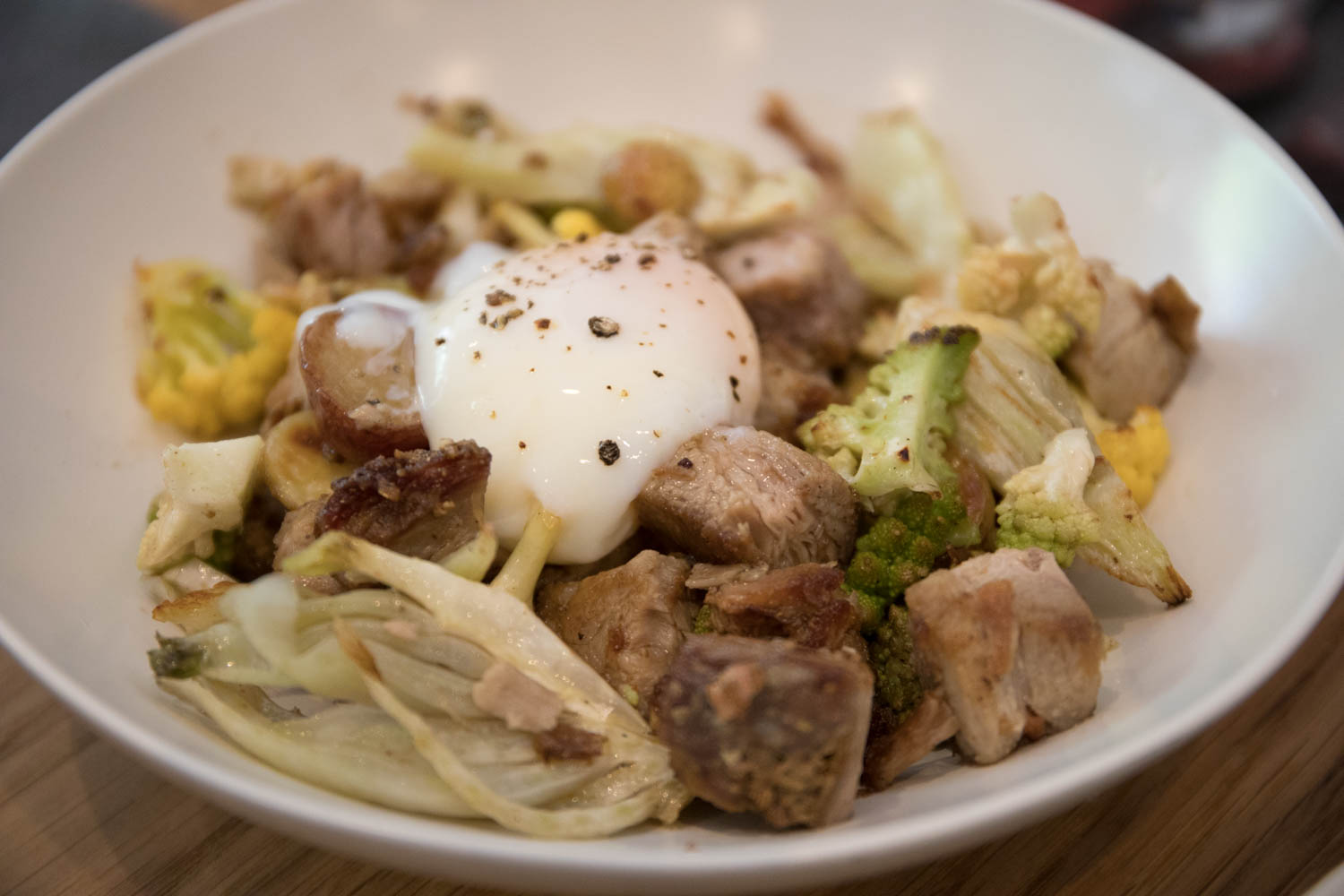 Savory flan was made with celery root, yellow foot mushroom and pecorino romano. Enjoyable, with just the right amount of celery flavor (And again, I really don’t like celery normally). 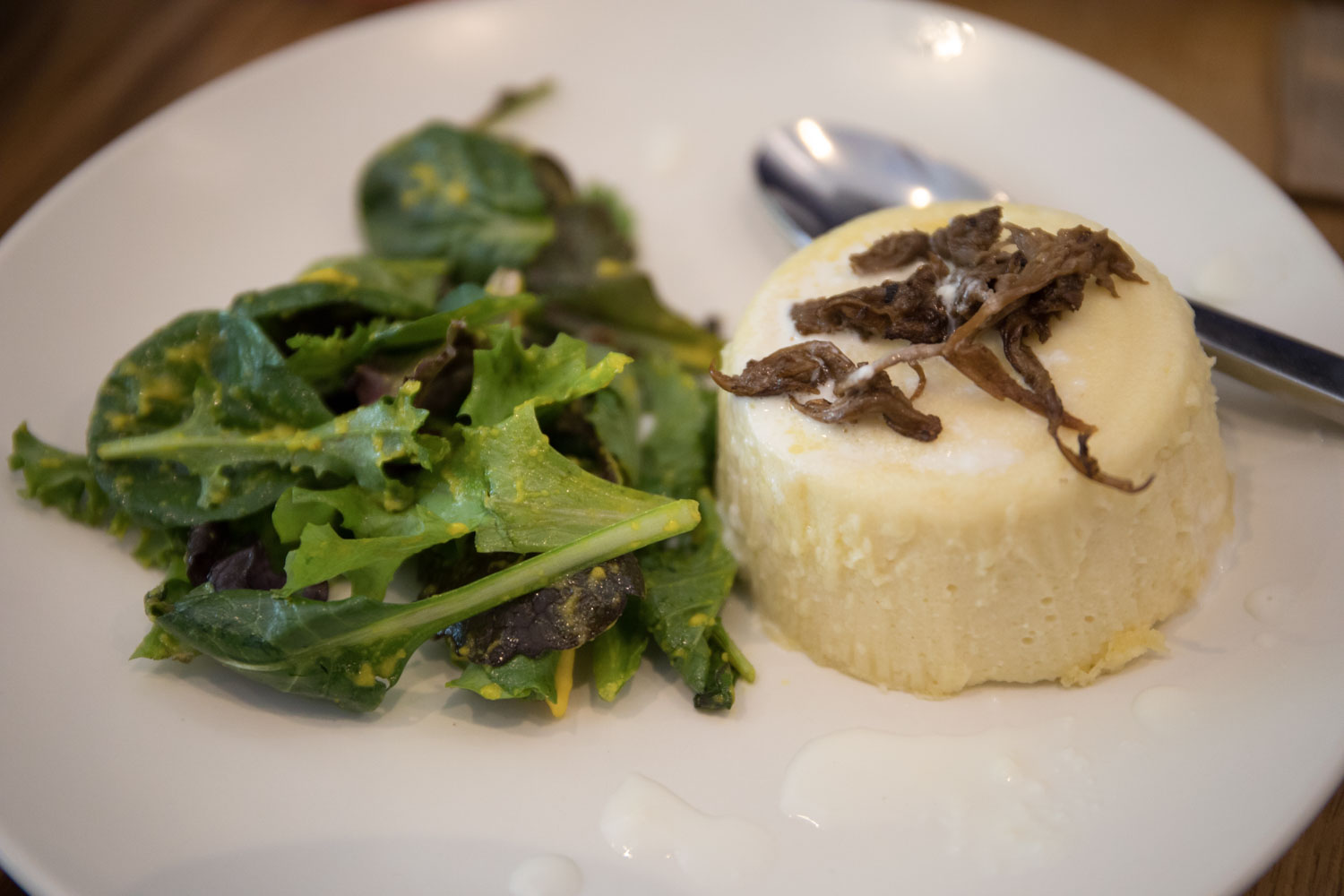 Duck confit- well marinated and tender duck with a crispy outer layer with some enjoyable butter beans from Iacopi Farms in Half Moon Bay. Solid dish. 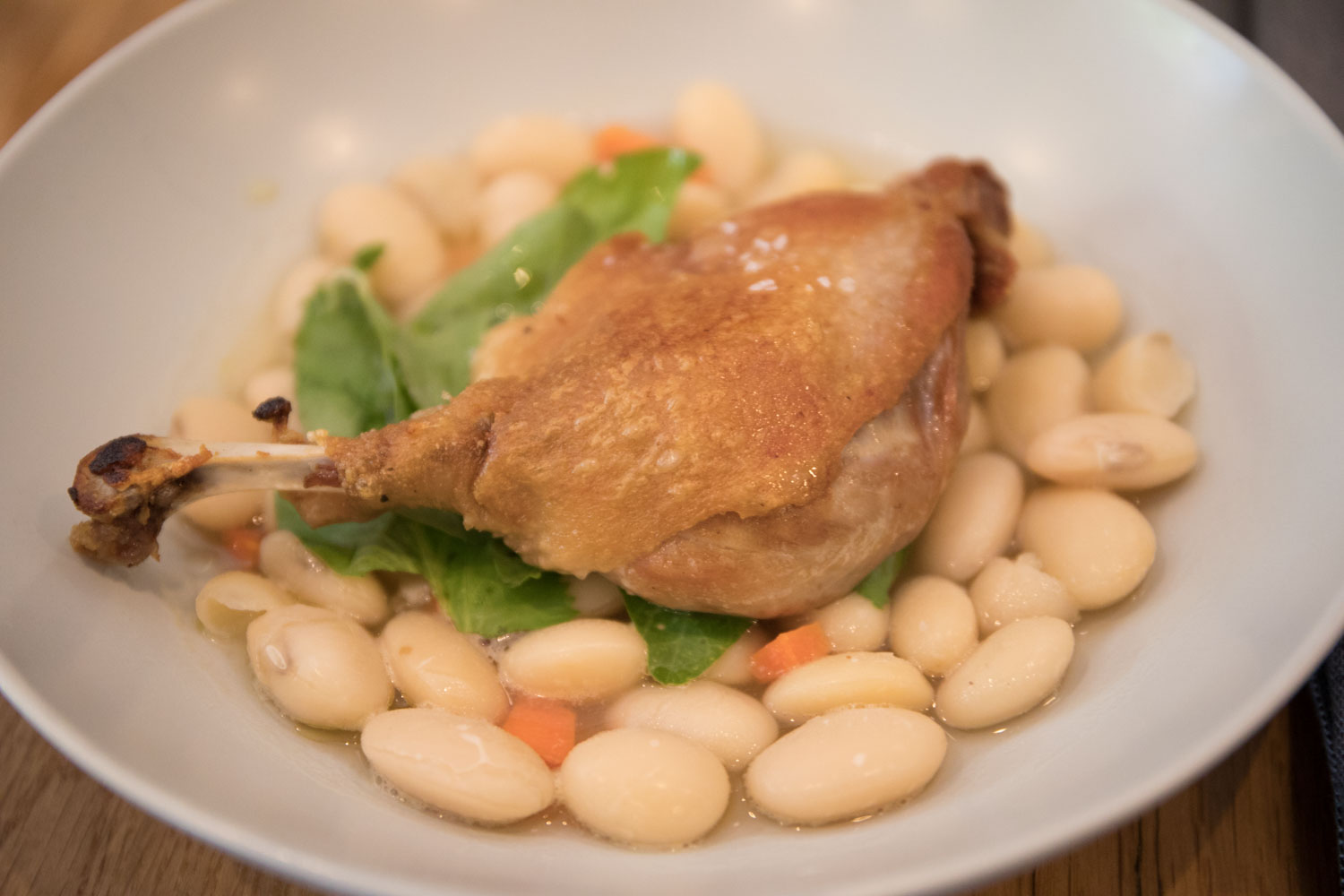 Pancake- they normally mix everything on top of the pancake but separated them for the kids. The lighter and tart orange syrup I thought was a nice break from the normally very intensely sweet maple syrup. 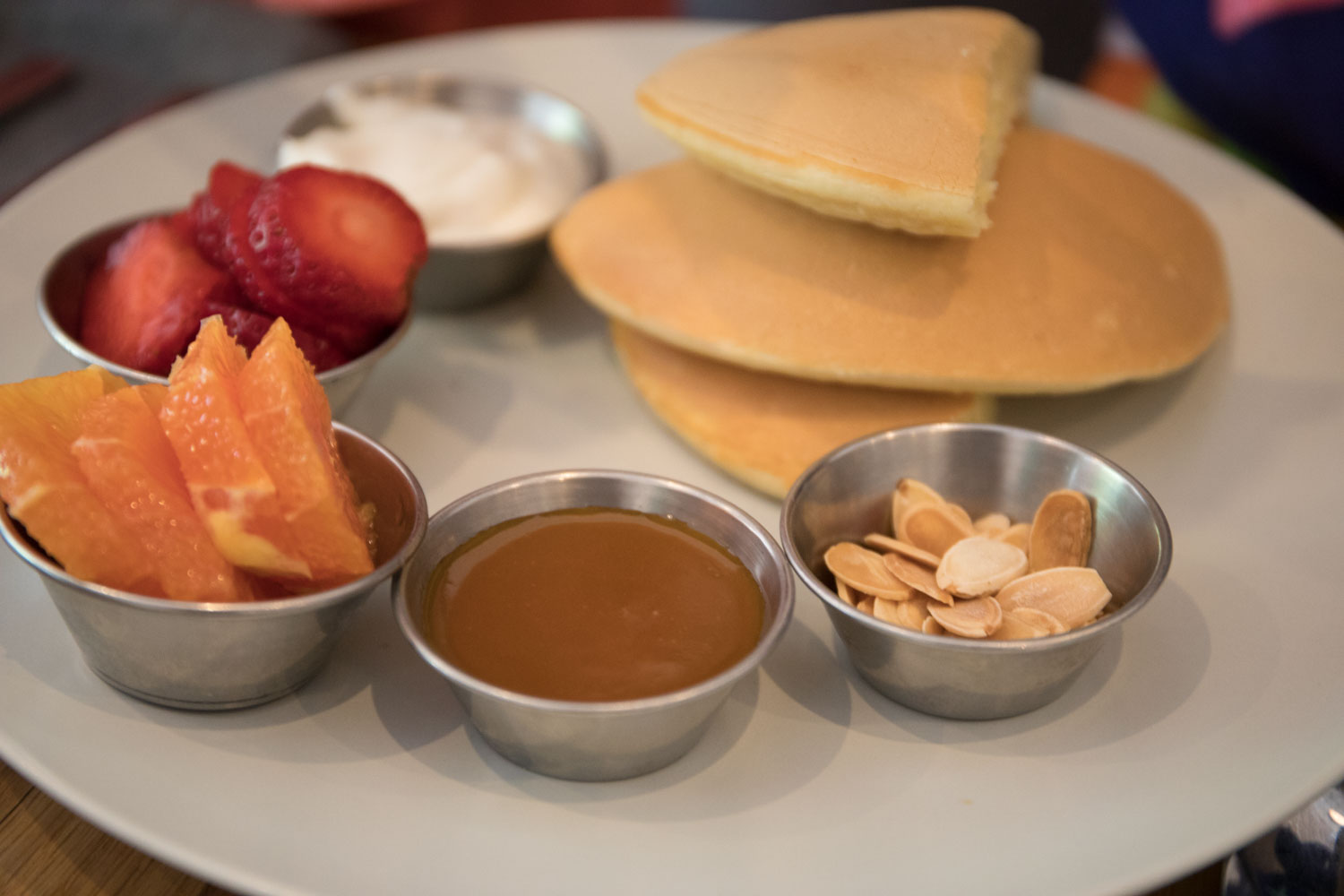 A side order of seven pieces of bread from As Kneaded Bakery in San Leandro plus Clover butter. I asked chef Eng why he didn’t use bread from Pain Bakery any more (they used to bake at Kitchentown) and he said that the gentleman who ran Pain was no longer making bread and didn’t know what he’s up to. He said Pain’s expansion taxed the existing staff too much at the time. 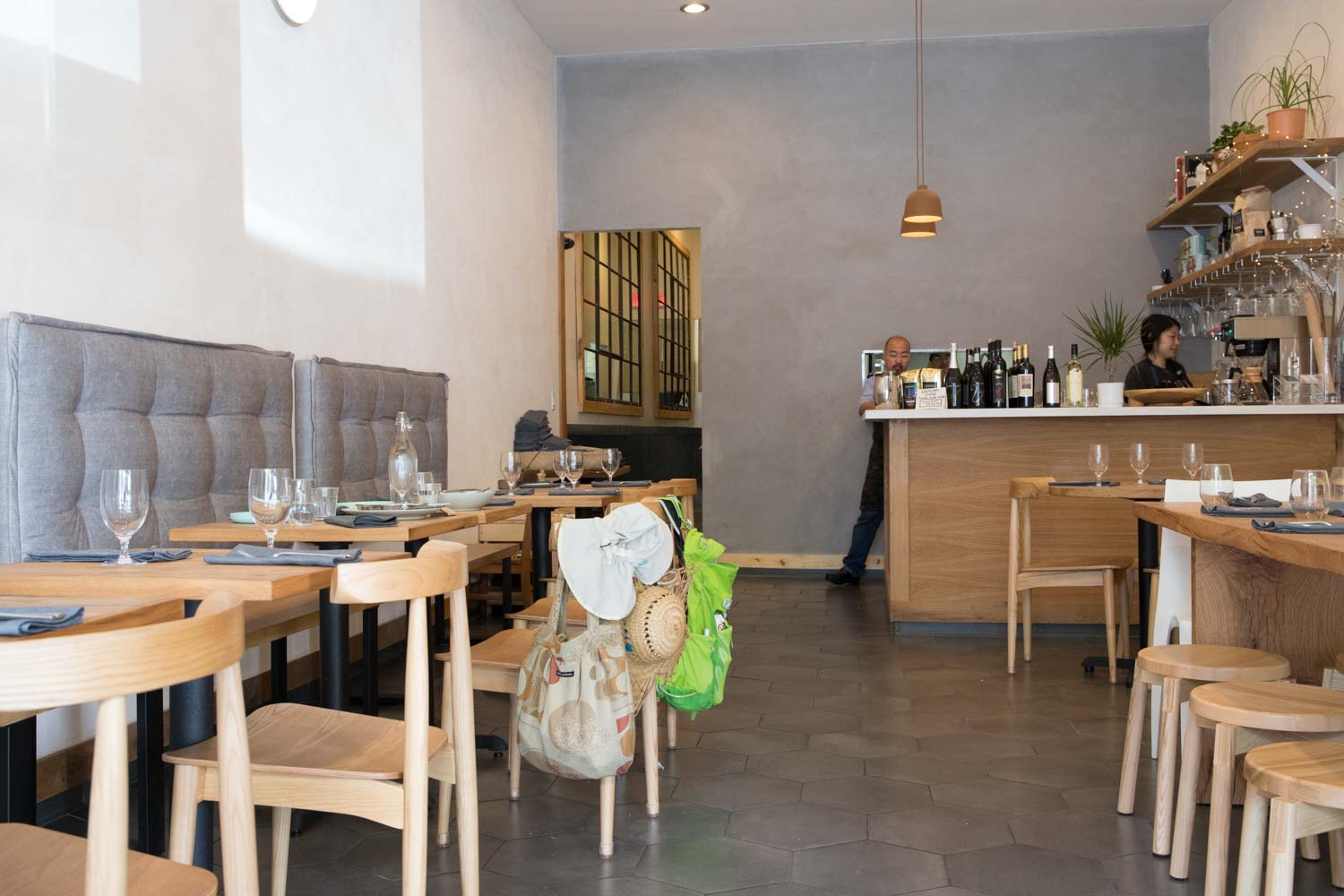 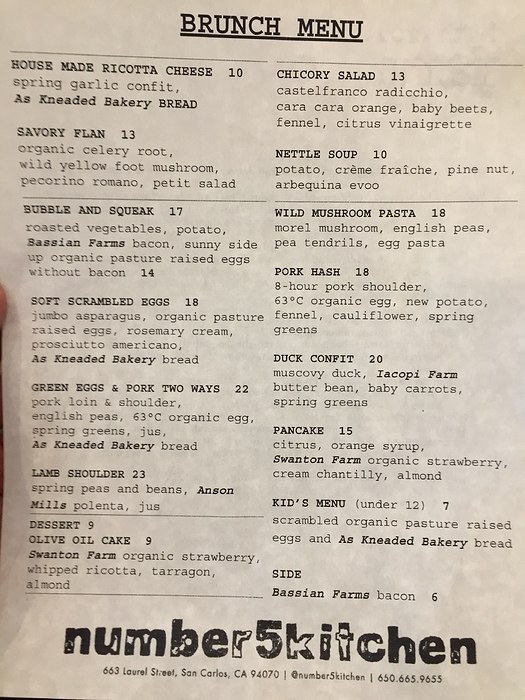 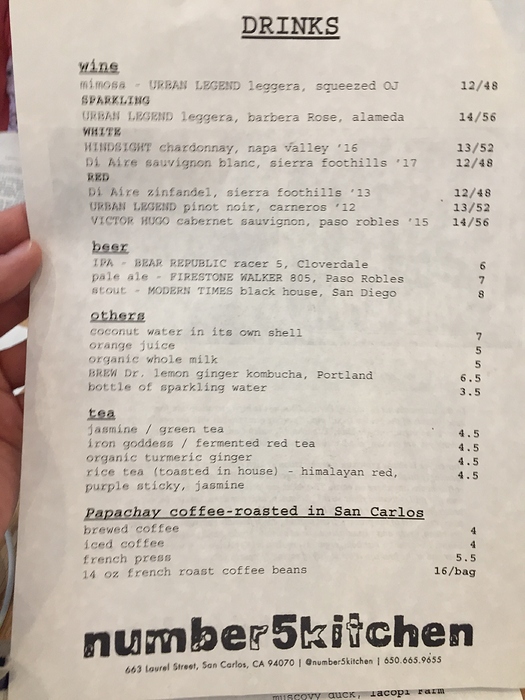 They did tasting at the beginning, but switched to a la carte recently. Chef said he changes the menu now and then. 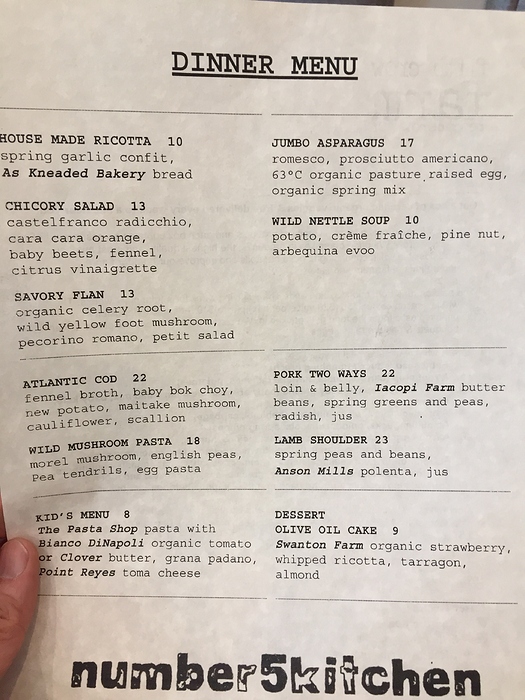 Anyone had this coffee before? 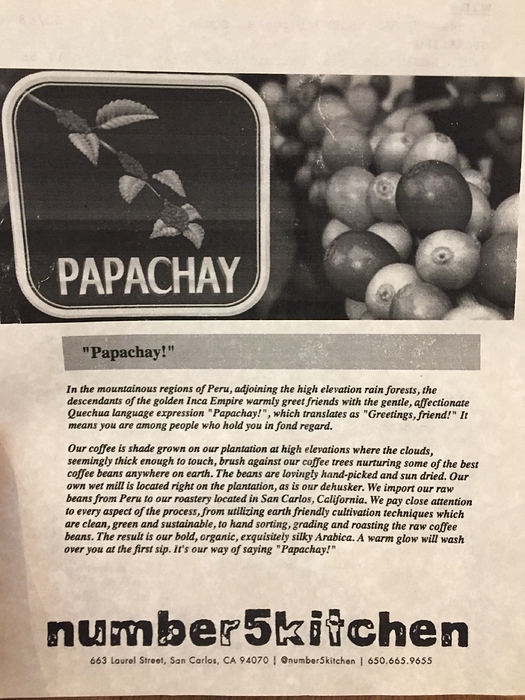 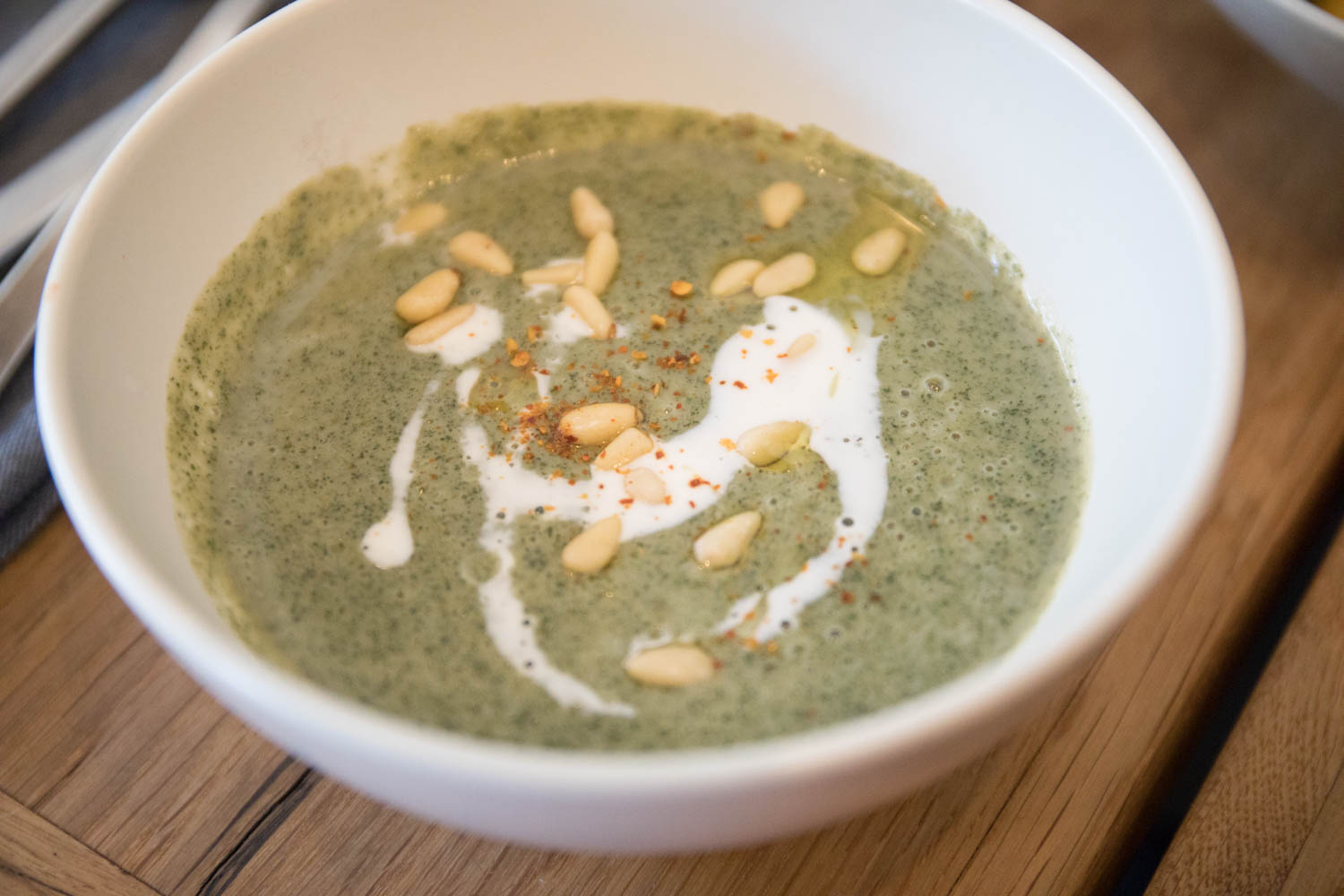 The pancake in its original form. Eating it one more time I felt it could use a bit more syrup and its on the drier side. This menu picture is slightly different from the one in the Fiddlehead fern thread as they just changed the menu after they ran out of the fiddlehead fern. 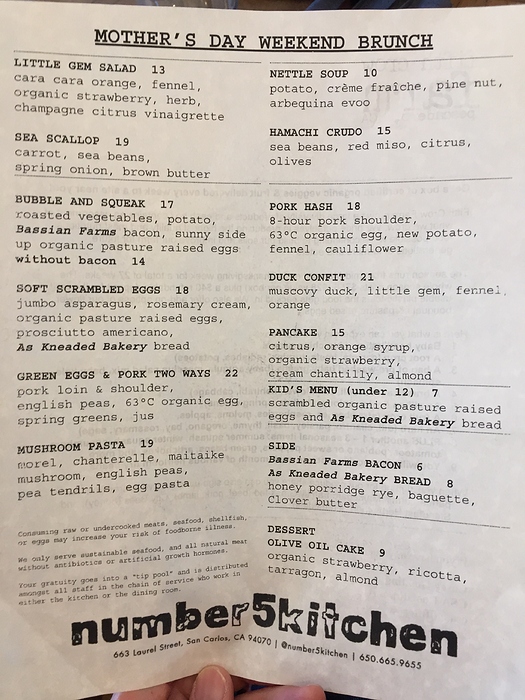 They are now open for brunch on Sundays as well in addition to Saturdays.

A good dinner at number5kitchen. They are now open for dinner on Saturdays as well.

Pork two ways- loin and belly. The loin was juicy and tender, and the belly was rubbed with rosemary and fennel on one side and slightly ‘hardened’. Best bite of the plate. The bagna cauda sauce with anchovy was smoky and delicious. The Jimmy Nardello pepper was sweet. This was an enjoyable dish. 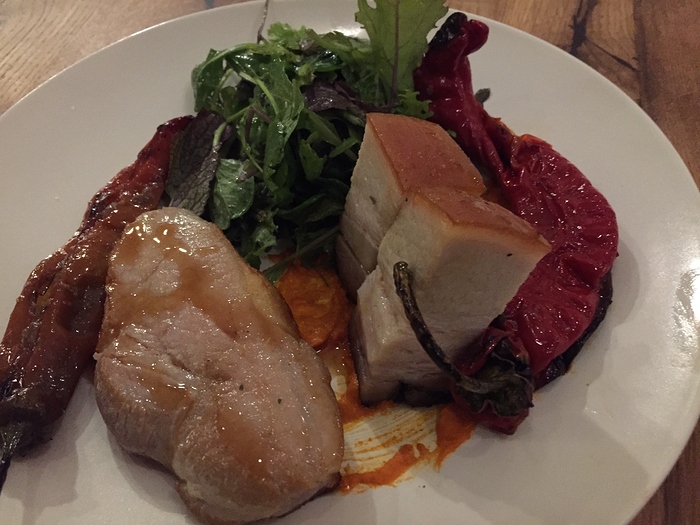 The wild mushroom pasta had a pasta with a tarragon that gave it a perfumey aroma. The noodle was a bit soft, tough. 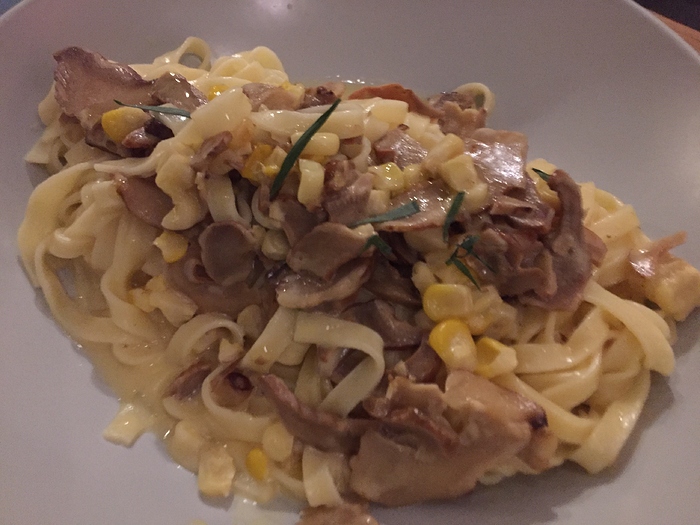 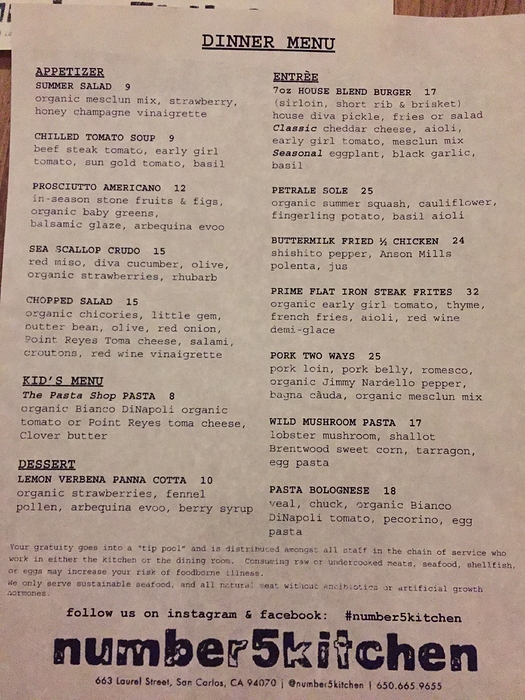 Is there an accepted definition for Californian
Cuisine, or is it whatever they decide fits under that umbrella?
Everything looks and sounds very interesting.

If it looks like the kind of food Alice Waters may cook, I am calling it Californian. Thinking about it more, I don’t really think its too much different from New American.