Noma in Copenhagen is closing down... Why?

My first thought was that in some ways it reminds me of becoming a physician, at least in the US. When I was an intern we worked 8-10 hour days, plus around the clock every third day.

We got paid, but less than minimum hourly wage if I remember correctly, and this was after 4 years of college, and 4 years of medical school, for which we were indebted. I was in pediatrics then. Surgery interns worked round the clock every other day, and a famous quote was that they were missing out on the days they didn’t.

Back then, that is how teaching hospitals made it work, and physicians didn’t unionize. At some point unions happened, and things are a bit different, but physicians in training still make it work.

Granted, if you make it, the payoff is perhaps more than fair, but it makes you “one of us” and you pass on that expectation.

I did version of that for six years, then went active duty military, which has its own abilty to exploit.

We get it about the value (maybe necessity too?) of paying your dues to enter a charmed professional circle. Our sense about many of those endeavors is that if you make it to the circle, every day spent there on the job must see better performance than the day before. Not sure if it got worth in the life science sector in academia over the last 20-30 years as it always was a lousy system but it was the only way to go anywhere careerwise in academia or industry. I don’t see how one can change it as it would require massive increases of research grants (or fewer grants overall but each with higher value which would increase the competition between research groups dramatically) etc which is unlikely to happen

Well…he’s BB King and all, but I can’t say I’m feeling those lyrics.

Different context, but the message is there.

In a different life, backstage he told us that he played Fender strings on Lucille, a Gibson ES355.

What drives your decision to not eat out? We went through something similar as well. I pretty quickly got over COVID fears, but my wife was deeply impacted… Like other than me shopping for food, we didn’t go out in 2020. 2021 was deeply traumatic as the world re-opened and we sort of got left behind. For us, we had to “flip the switch” when in person school started in August 2021. We had no other choice… and since then it’s been a gradual grind back to normalcy. Even now, my kids still mask in school, I don’t travel for work and my wife is paranoid about people / peoples’ objects touching her but we have started to eat out more because she realized she just had to do it for the kids.

Anyways, no idea what you may or may not have gone / are going through, but I think it’s important for those who haven’t been able to just immediately snap back to “normal” to stick together!

The way of training doctors seems to embed some strange rituals that exist only because that’s the way it’s been done. Not that it’s the right way. Just the way it’s has been done. For not a lot of pay relatively speaking.

Very different to my world where frankly I feel that we pay maybe too much now for people at the early stages of their careers. Even though we work people to their physical limits too. But there is a lot of burnout. The attrition is really high. Three years out and I think at least half of any starting class is gone.

We’ve been a long time in a licensed service industry, so we understand a bit how the service trade/industry operates. There are no shortages (at some level) of energetic newbies who want to break in and have a shot at the Brass Ring (yes, we’re old enough to know the phrase, though still not old enough to know better). as we know.Needless to say, a government license is also a hurdle to clear without catching the top rail and stumbling. That isn’t a condition of restaurant employment as far as we’ve heard

We’ve known a few (and assume their contemporaries) who’ve regularly worked 14 hour days at employment location and taking it home (so not essential hands-on trade skills), gu’ment license required or not. All of them willingly chose to do so to have a chance at the brass ring. Of course, some chose to take a better path for their circumstances – and who would rightly fault that decision . . .

Without never chatting about our family’s trusted medical professionals’ previous workday backgrounds at kept appointments, we’re very certain each has been “through the wringer” and better off and proud of it. So, medical internships/residencies don’t count at that level of this discussion.

All that said, the same “paying your dues” ethos obviously exists outside government licensed occupations (especially medicine), and when all’s said and done, in the higher end kitchen contest, it could be better that way for all involved – prep staff, etc., and those whom the front of house serve . . .

What drives your decision to not eat out? We went through something similar as well.

I’ve got a couple comorbidities, and I have some responsibilities which require me to stay as healthy as possible. I’m not willing to put myself at risk.

I’m not trying to get over a fear.

I went from being an extrovert who organized socials for large groups to being someone who might see 1 or 2 friends a month. I wouldn’t say I’m an introvert now, but I don’t need or want to see people socially in person the way I did before March 2020.

I’ve also become a little fussier about restaurant food over the past 3 years. I used to eat out somewhere between 75 and a hundred times a year. I was often away for 6 weeks each year, eating all meals out during those 6 weeks.

I now am more focused on a few specific dishes when I dine out, and I’ve cut out a lot of the mediocre restaurants. In 2022, I only spent 5 nights total in a hotel, and 1 week at a rented cottage. I ate take-out or room service in my room the 5 nights I stayed at a hotel . Only 2 of those 5 meals were good ones.

I don’t want to catch Covid or RSV if I can help it.

I think men, typically, don’t think the same way as women, when it comes to risk. All of my male friends (6 so far) have told me they’re back to living their life to its fullest. They gave up 2 years (as did many people) and they feel like it was stolen from them. I understand where they are coming from, and I hope they’re enjoying themselves , but I am not in a position where I can do that, or feel comfortable doing that.

I currently can’t trust any of my dining companions for indoor dining, so I don’t bother dining in.

I get takeout a couple times a week and I still tip 20 percent. Win win. I’m happy and the restaurants are happy.

I get what is happening in academia and hear you. I think an experience like Noma is unique and probably does translate iinto more and better job opportunities later unlike say adjuncting.

Another story from the NY Times - hopefully the gift link works 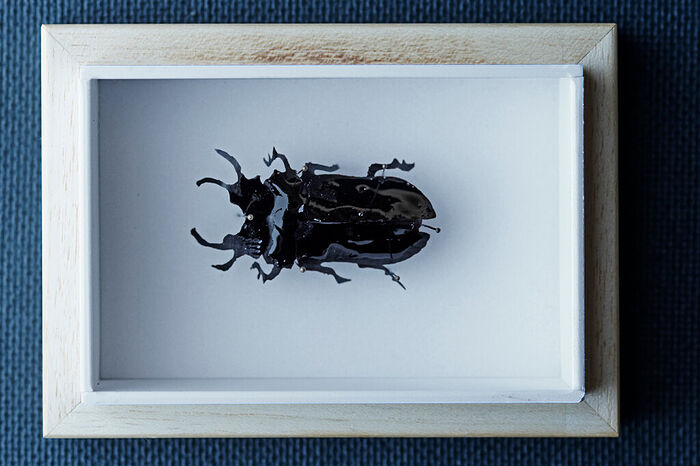 Recent reports have spurred a backlash against the 1 percent of restaurants. What is the human cost of this type of eating, and will it last?

Having had the opportunity to dine at some top 50 spots including a few #1s, I gave up on this form of dining years ago. Nothing looks like food anymore. Its all parlor tricks. Its looks like one thing and tastes like something else. Every course has some lame story. Though a parmigiano marshmallow I had once does haunt my memories.