Normally I am weary of Japanese restaurants with suspicious names like this one- An izakaya isn’t a ramen joint, and a ramen joint isn’t an izakaya. My daughter and I were going to try dimsum across the street at Fu Lam Mum, but alas we found out that they are closed on Tuesdays. Since its already late, we just crossed the street to get some noodles. 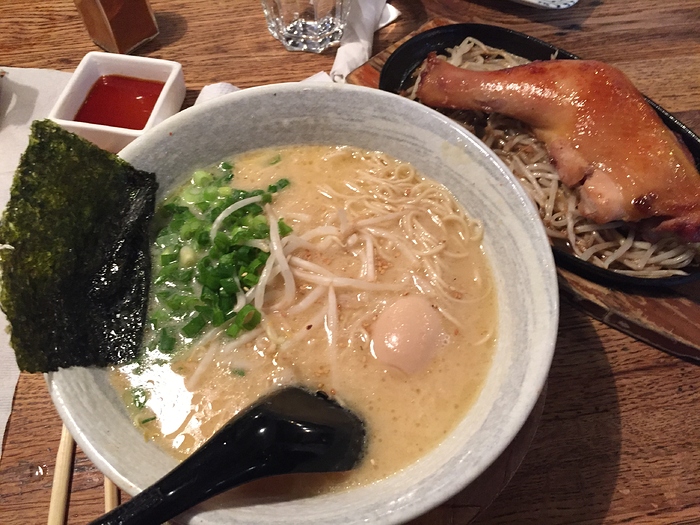 Gyoza that came with the lunch special- skin greasy and limp. 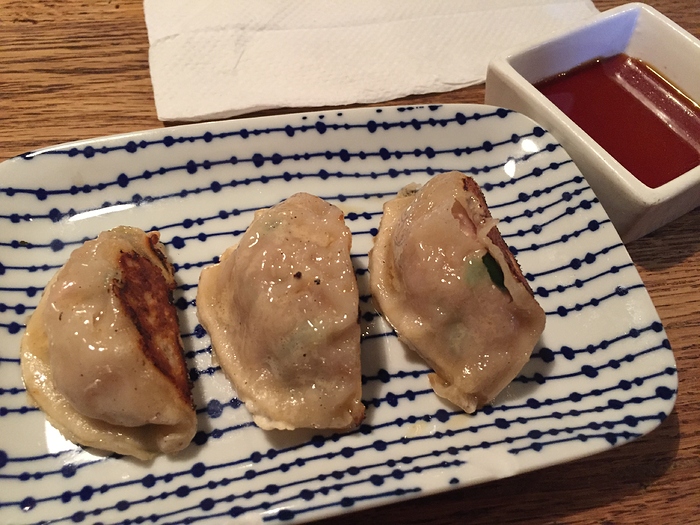 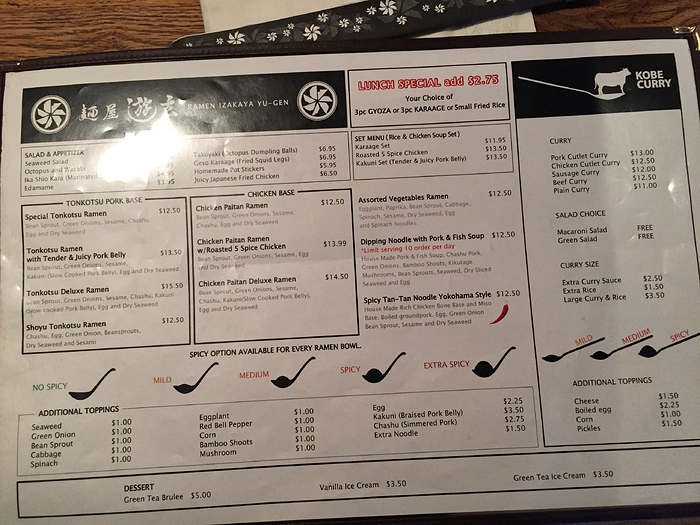 Should have trusted the instincts and went somewhere else. It was quite crowded during late lunch. Nice decor though: 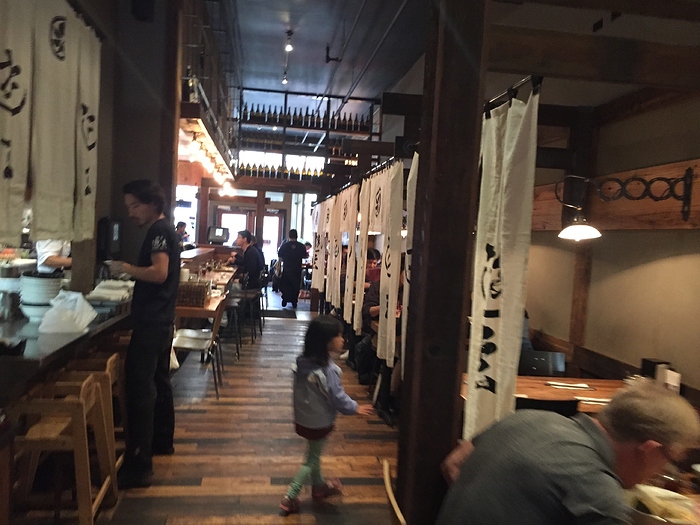 A crowd waiting for the restaurant to open on a Sunday. 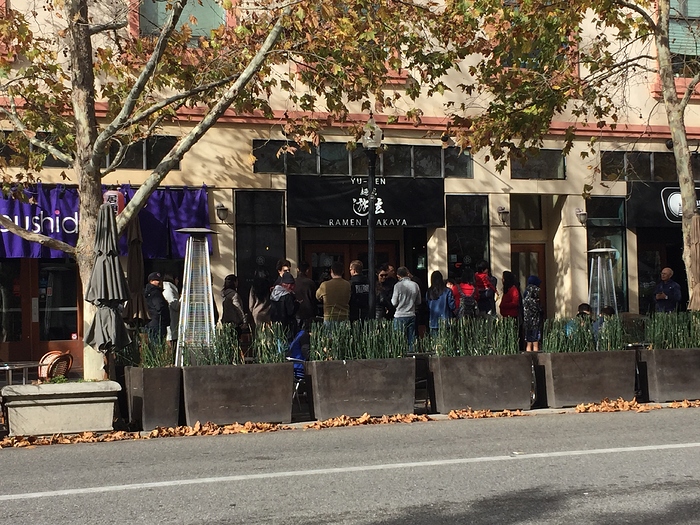 Interesting. I went there a few times and the lines were out the door. I do like their ramen and small plates. Perhaps you went there on an off day?

One of the two horrible ramen places on the peninsula (the other being PA’s Dohatsuten).

I found the tsukemen overwhelmingly salty, and I wasn’t big on the toripaitan. I like the tonkotsu base the best out of the yu-gen broths.

My usual order there (usually an early dinner…I don’t think it’s worth waiting in line for) is the plain kobe curry (but I’ll confess I’m not particularly picky about japanese curry). I like the garden salad that comes with it.

Of the ramen places in downtown Mountain View, I like shalala and yu-gen best…but every time I go to shalala my lactose intolerant digestive system is upset enough that at this point I’m almost sure they top their noodles with butter.

Of the ramen places in downtown Mountain View, I like shalala and yu-gen best…but every time I go to shalala my lactose intolerant digestive system is upset enough that at this point I’m almost sure they top their noodles with butter.

Before Silicon Valley around upped the ramen game, Castro’s ramen, even though it didn’t shine, used to compare favorably. But now in the last decade, we got Santouka, Orenchi, Orenchi RWC, Nagi, Nagi in VF, and for a while, Kumino in MV while Castro’s ramen quality stay roughly the same as a decade ago.

Bushido’s pretty lame too. I like the fact that they are a reliable source of Okonomiyaki, but I don’t like their okonomiyaki.

Kapo Nami Nami is probably worth a walk up the street - I haven’t been there in about 5 years, hopefully they haven’t gone downhill.

I do like Kapo Nami Nami. I haven’t been back for 1.5 years. Because too many customers can’t distinguish between izakaya and sushi-ya, they adapted their menu to include more sushi. Sadly, too many people equate Japanese food with just sushi.

With that said, Nami Nami isn’t an izakaya either. It focuses on kappa/ koryori type of food from Kyoto.

Butter is exceptionally low in lactose though, around 0.1g per stick. Too much butter may upset some folks’ stomach simply because of the fat content.