As per last month, here’s a summary of notable things I ate in London during March 2018. Would love to hear others’ summaries too, or even just descriptions of one or two notable things eaten.

This Nigerian restaurant is split into two halves, one more cafe-like and the other more restaurant-style. I had ewa agoyin (mixed beans in a spicy sauce) with fried fish and plantain (photo). The beans were well-handled, with no tough skins or undercooked chalky bits, and had been part-mashed since they were intended to act as the carb portion of the meal (the plantains were an extra). The palm oil was evident, and they clearly hadn’t relied on Maggi alone for flavour. The fish was cooked beyond the point at which a British cook would have stopped, but this is normal for Nigerian food, and it wasn’t overdone as the interior remained soft and flaky.

My local Sri Lankan, but I do think my liking for it goes beyond the fact that it’s convenient. Tomato curry featured large chunks of juicy fresh tomato in a beautifully savoury sauce, and crab curry included an entire (medium-sized) crab. Nethali string hoppers consisted of thin vermicelli noodles tangled around crisp-fried dried anchovies and studded with chillies. Egg hopper was nicely sour, crisp round the edges, and with a creamy-yolked egg in the centre.

On previous visits I have also enjoyed their devilled prawns and their prawn pittu kotthu, in which the prawns are long-cooked to an almost meaty texture without becoming dry. Venthaya curry is an interesting and unusual menu option; its main ingredient is whole fenugreek seeds treated almost like lentils, as they swell up in the sauce.

This Guyanese bakery and takeaway has just two tiny tables inside, so I got my food to go. When I arrived, the owner was outside tending to his jerk chicken drum, but he was happy to break off and give me a bit of a primer on Guyanese food.

Cassava ball (photo) was a fried cassava-based dumpling stuffed with a whole boiled egg; there was a good balance between amount of dumpling and amount of egg, and the fruit chutney provided to go with it was delicious, nicely fruity without being too sweet. Pepper pot (photo) was too sweet for me, but the meat was nicely tender and the sauce was rich. Black pudding (photo) had interesting spicing, and was based on rice, which I appreciated, but my dining partner felt there was too much rice and not enough blood. Spinach (photo) was quite salty on its own, but eaten with plenty of rice it was delicious and perhaps my favourite part of the meal.

Amazing thanks for this Kake.

Surprisingly I also had a great chicken takeaway box from Billy and the Chicks in Soho, which £4.99 as a lunch deal. The coating was a tad greasy but really scrumptious and flavoursome with very good quality chicken used. Fries were skin on and couldn’t fault them really!

Wing Wing was another place I went to, in Hammersmith, which has the best chicken winds I have tried lately. They are done double fried (along with drumettes, burgers, wraps and baos) Korean Fried Chicken style with three glazes, licorice, soy and garlic and hot. The first two were outstanding and it is relatively affordable for a quick bite.

I will be trying Grand Trunk Road in South Woodford next week so I will keep you all posted on how it is.

Those tacos do sound amazing. Looking at the menu, I’d happily eat any of those (except perhaps the cauliflower, which sounds a bit of a mish-mash).

I will be trying Grand Trunk Road in South Woodford next week so I will keep you all posted on how it is.

Definitely keen to hear more about this. There doesn’t seem to be much else interesting in that area as far as I know.

Haha I hated the idea of the cauliflower but it was actually one of the more delicious ones!

Will keep you posted re: Grand Trunk Road!

This is Feb and March.

My local Venezuelan cafe. Glad to see it was still there after 2 years away. Even happier that it’s still knocking out great empanadas. They’re still crisp out side and fluffy inside packed with tender shredded beef. 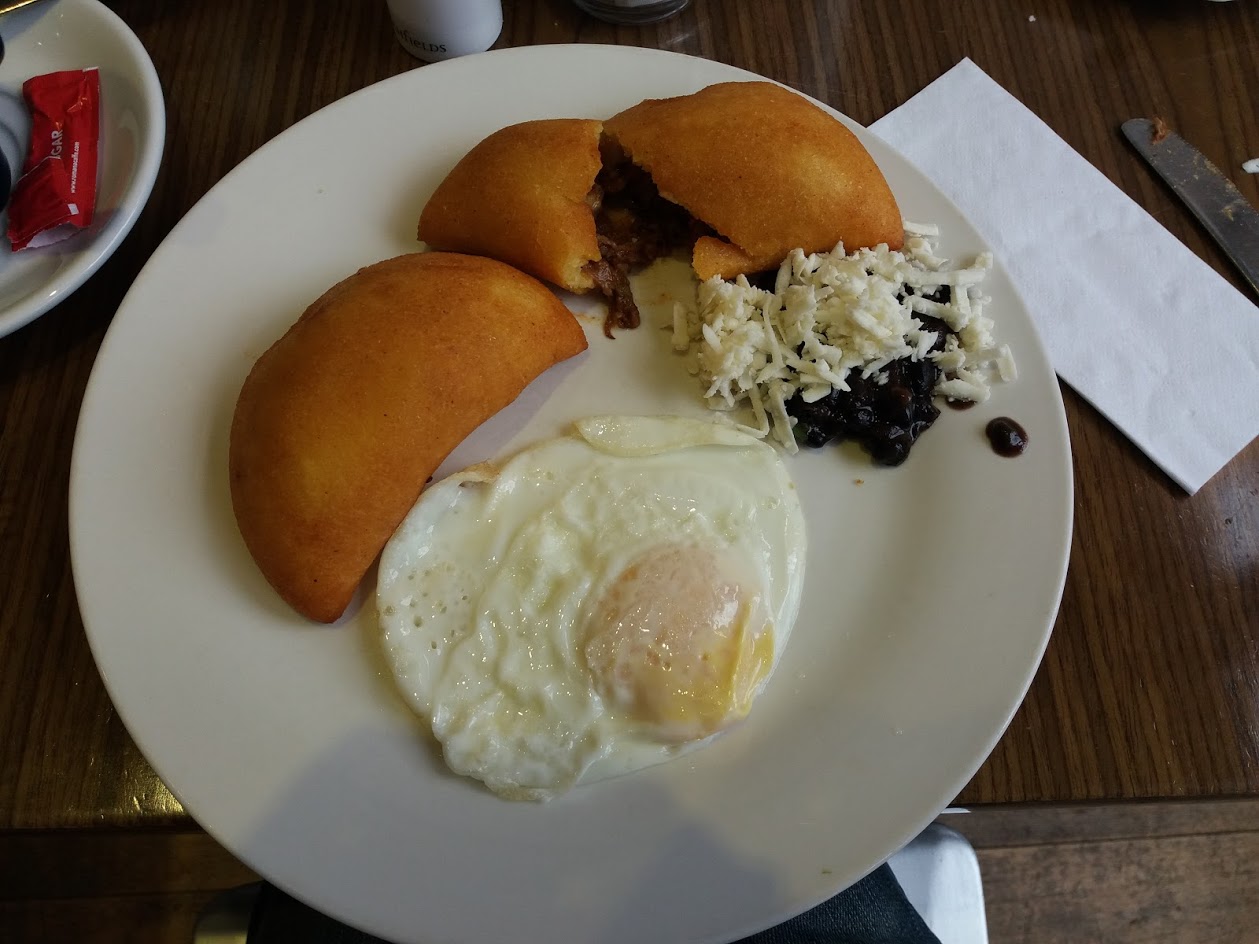 This is my nearest pub but it’s a bit too gastro to consider it my local. However the food is good and they always have Harveys Best bitter on. This was my first meal back after Asia. Cottage pie with shredded rather than minced beef which was good. It was quite rich with the cheese so I was glad of the red cabbage. The treacle tart was delicious, nicely sticky. Minus points for serving it with ice cream rather than custard. 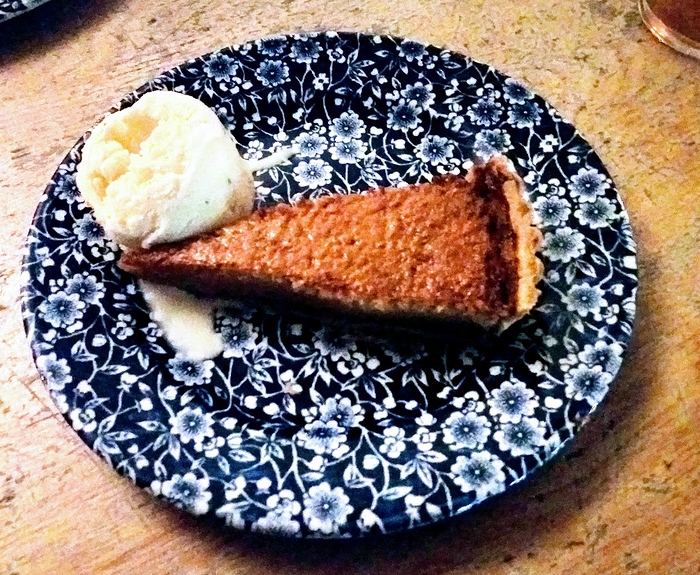 This place was being refitted just before I left for Asia. It’s a Turkish restaurant which is good as it’s needed locally and the last one was pretty poor. Didn’t order starters but before the mains we were presented with roasted onions, salad, pickles and some great bread. It was very soft but had a nice char. Obviously cooked on the same grill as the meat and had picked up a great meaty flavour. For main it was Lamb Kofte Beyti Sarma, lamb koftes wrapped in lavash flatbread, with Parsley and a generous topping of yogurt, butter & fresh tomato sauce. There were six quite big koftes and also rice. After eating too much bread I couldn’t finish it. The koftes were very well cooked, moist and a good flavour. After the mains we were also given baklava. Good food and hospitality at very reasonable prices. With restaurants like this it’s no wonder chains are suffering.

I was needing my Malaysian food fix so popped in here for lunch. Apparently the Singapore laksa is the dish to go for but I wasn’t in the mood so went for Ipoh ho fun with home made soy sauce, chicken and bean sprouts. The noodles were very good and the soy sauce was ok. Chicken was very tender but verging on being too soft. Not great but I will give it another try. I had bandung limau to drink and it was a pretty good example. 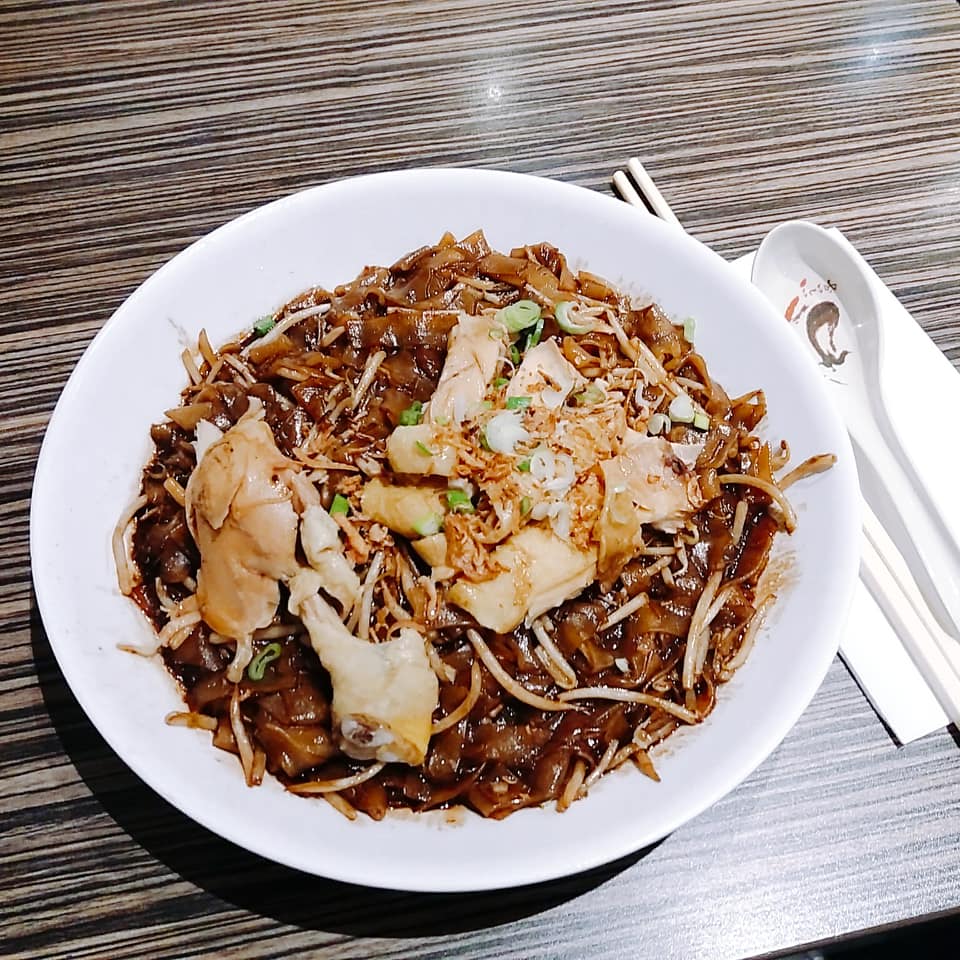 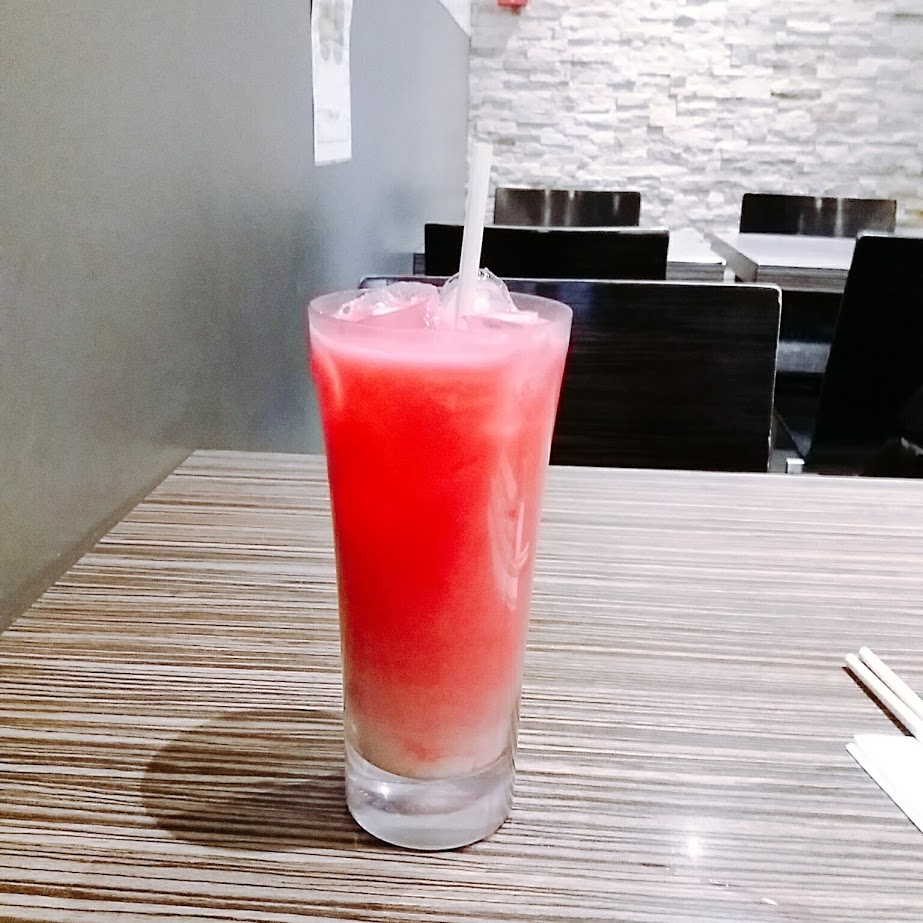 Thanks Chris, this is great! I’ve been meaning to go to Mi Cocina Es Tuya for ages — Crystal Palace isn’t too far from me but for some reason feels like a real faff to get back from, possibly because the triangle and the station aren’t really that close to each other.

A friend who lives in Crystal Palace has also recommended Dem to me.

Crystal Palace isn’t too far from me but for some reason feels like a real faff to get back from, possibly because the triangle and the station aren’t really that close to each other.

I live near the Triangle and I know what you mean. I never get the train and get the 450 bus to West Croydon. Longer than the train but about the same when you factor in walking time.

Speaking of Croydon, last time I was there I saw there’s a Saravanaa Bhavan. I’ve been to ones in East Ham and Wembley and quality can vary a bit. I just wondered if it’s worth a visit, particularly if the idlis are any good.

Speaking of Croydon, last time I was there I saw there’s a Saravanaa Bhavan. I’ve been to ones in East Ham and Wembley and quality can vary a bit. I just wondered if it’s worth a visit, particularly if the idlis are any good.

I had idli at the Croydon Saravanaa Bhavan last month (photo) and didn’t think them notable enough to include in the summary above. They were just too dense and crumbly in the centres. I really liked the sambar and the tomato chutney though.

you guys are making me hungry!