Despite common/shared origins, Malaysia and Singapore’s hawker cultures have evolved separately through the decades and now have very distinct differences. In fact, even within Malaysia itself, similar-named hawker dishes can be pretty different, depending on which city or state your are in. For example, Penang’s Hokkien mee looks like this, i.e. a mix of yellow Hokkien noodles and thin beehoon rice noodles in an intense pork-prawn broth, spiked with chilli paste, and served topped with boiled shrimps, pork and hard-boiled egg, garnished with crisp-brown shallots: 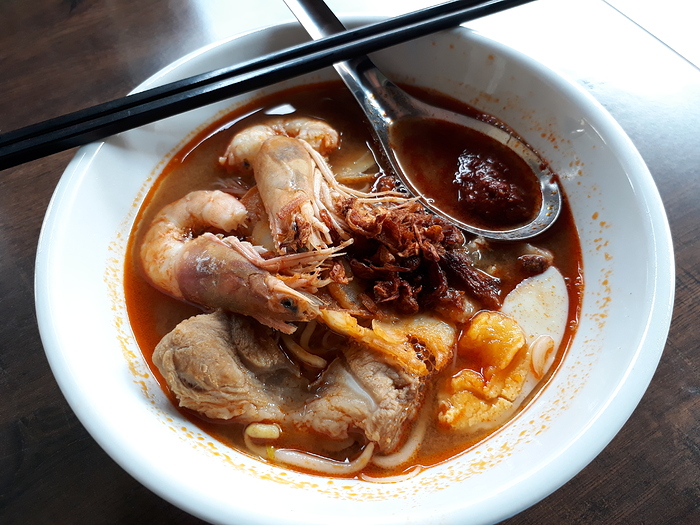 Kuala Lumpur’s Hokkien mee looks like this: yellow Hokkien noodles stir-fried with pork, shrimps and bits of cabbage, very garlicky and mushy through the gradual addition of pork-prawn broth during the stir-frying process. Copious amounts of dark soysauce will be added to give the noodles its trademark dark, glossy sheen. 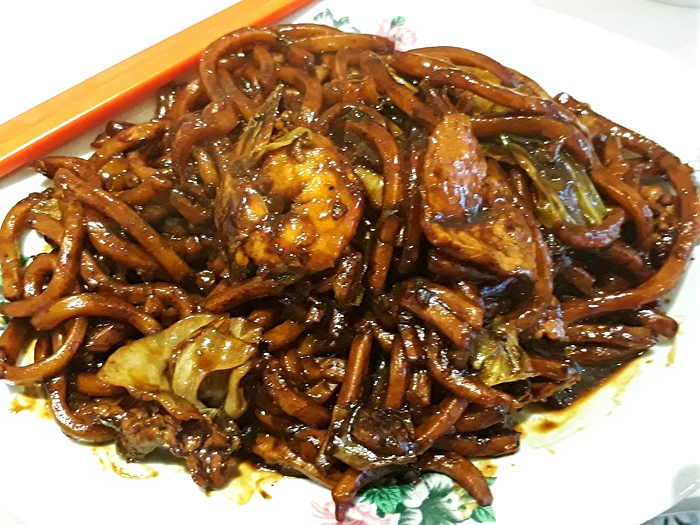 Singapore’s Hokkien mee looks like this: a mix of yellow Hokkien noodles and thick, rice “chor beehoon” noodles (usually used for laksa), stir-fried in a pork-prawn broth, garnished with scrambled eggs, pork belly slices, squid rings and shrimps. It’s pale in colour, but very intensely flavoured. Usually served with fresh lime to squeeze over the noodles, plus a dollop of sambal belacan/chili paste: 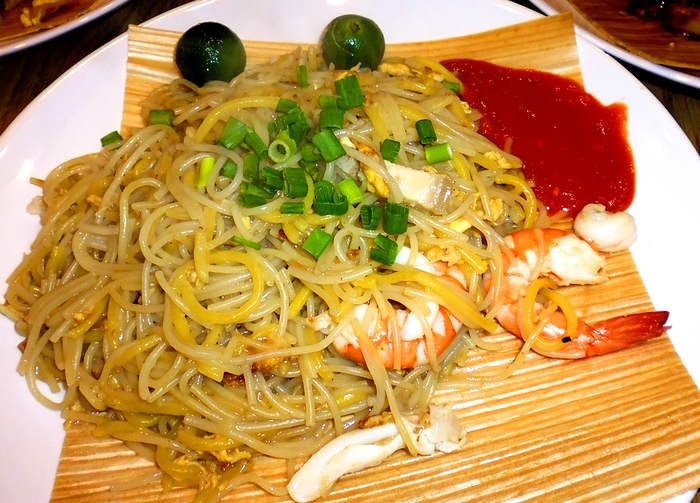 I love my Hokkien mee, but also know there are 3 very different dishes depending on where you find them: in Penang, KL or Singapore.

Anyway, back to the Malaysia Boleh! foodcourt in Singapore, which proved to be so successful that the space was expanded by 30% last year, with more stalls added. Then, this June, in what can best be described as “carrying coals to Newcastle”, Singapore-owned Malaysia Boleh! expanded its brandname to, of all places, Malaysia! Or, to be more specific, to Four Seasons Place in downtown KL, next to the iconic Petronas Twin Towers. 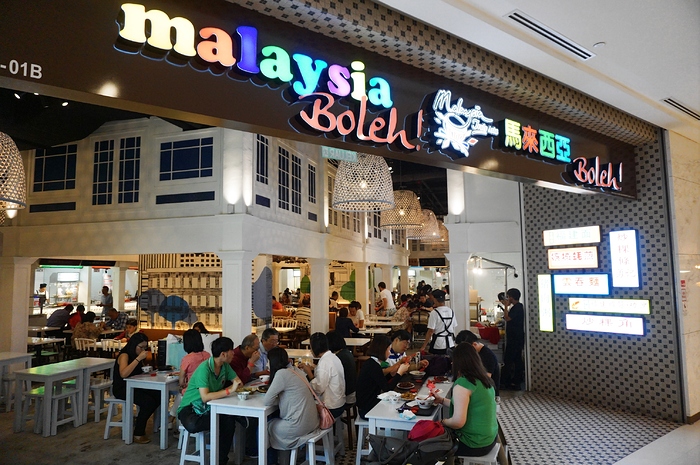 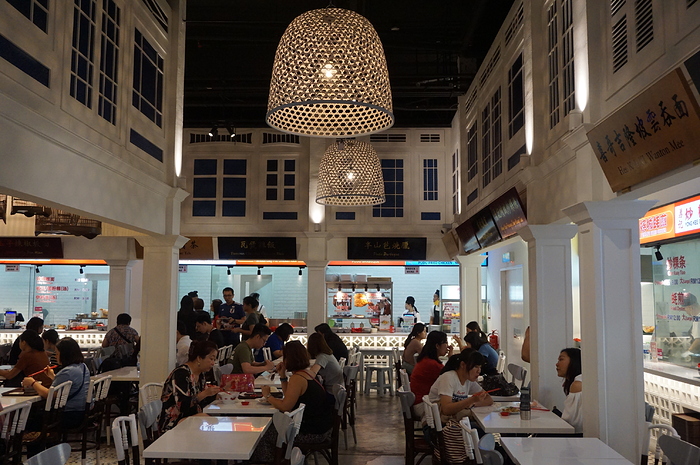 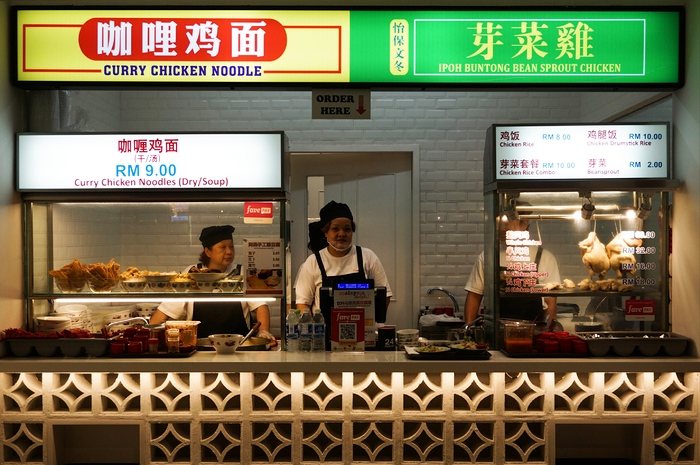 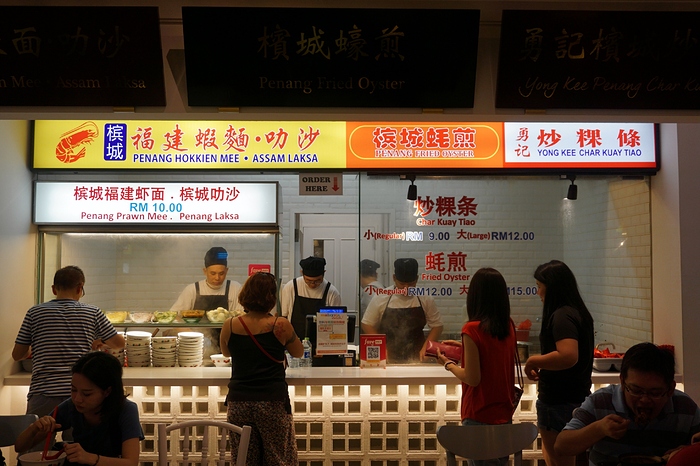 My curiousity was piqued. After all, this is one of the very rare foodcourts in Kuala Lumpur which, because of its high Muslim population, allow pork to be served. So, one gets essentially Chinese-Malaysian hawker dishes in a foodcourt environment - the only other place in downtown KL which allows this is Hutong at Lot 10 on Jalan Bukit Bintang.

What I tried at Malaysia Boleh! - I’ve listed them in order of which ones I think are must-trys and stand-outs in their own category. 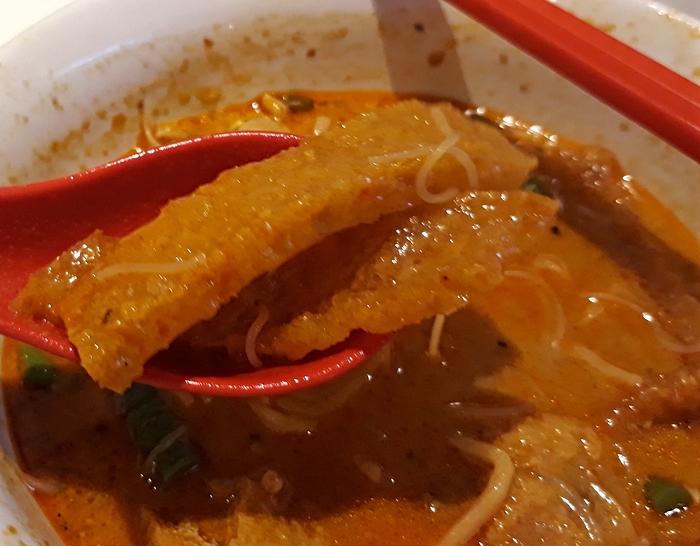 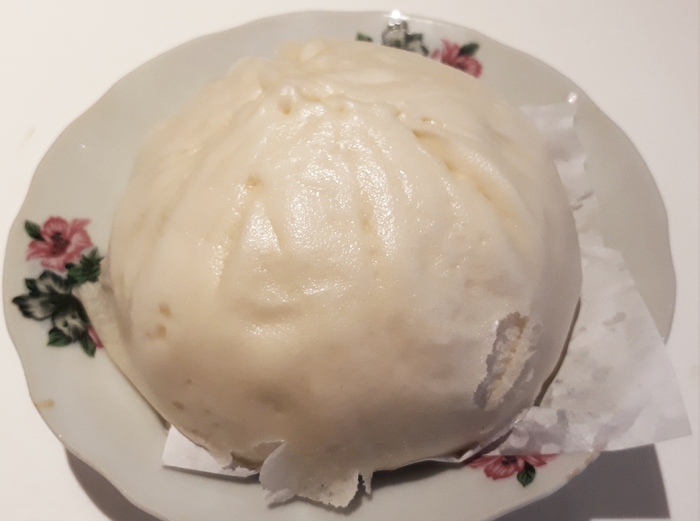 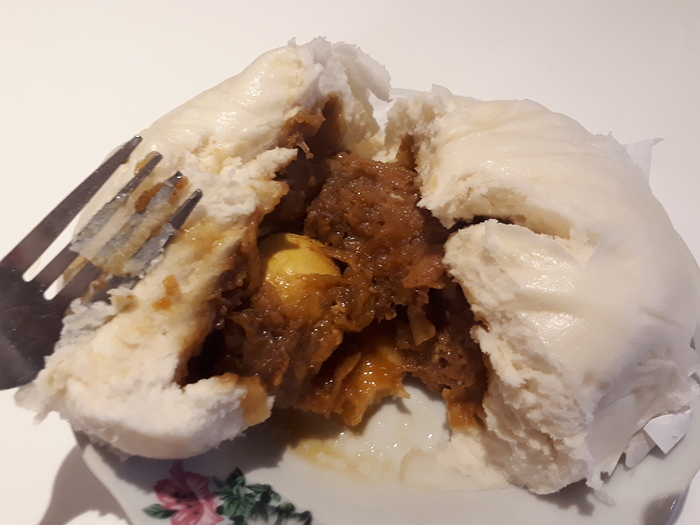 Overall, this is certainly the best place to taste good Chinese-Malaysian hawker food in KL at present. I’ve only covered about half of the stalls & food choices here so far, so will need to come back for the rest - I heard the bak kut teh, chili pan mee, and __fishball noodles are other must-try stalls. 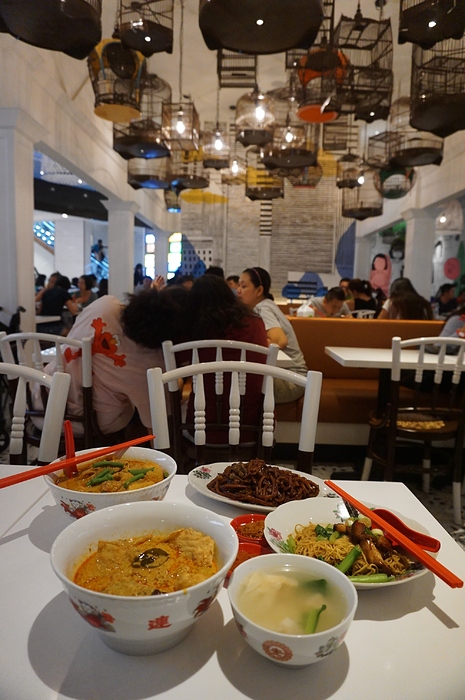 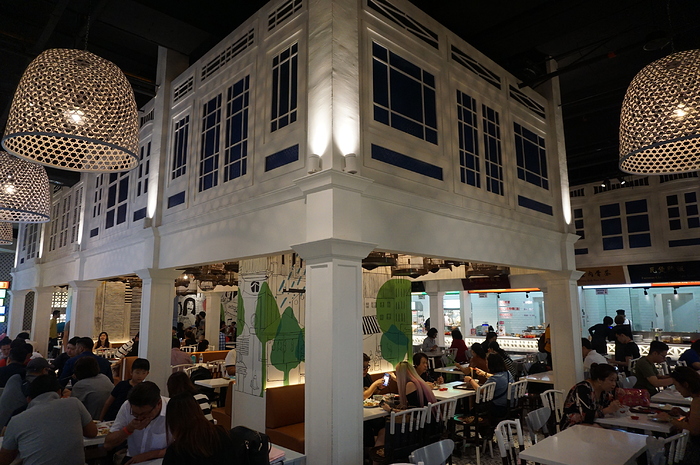