It was founded by three cousins of the Phang family: Chew Kan, Meng Yun and Shue Tang.

The cavernous kitchen, unchanged since it was founded in 1948, has several wood-fired braziers upon which giant woks heat and sizzle. 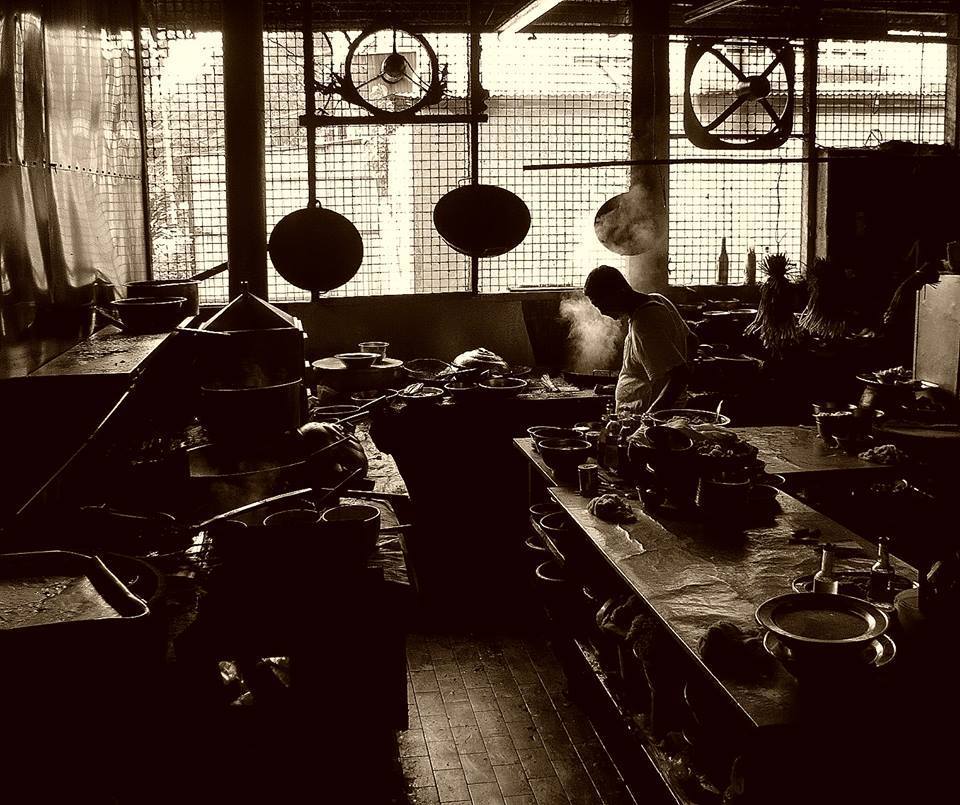 The real attraction of Sek Yuen is actually its old-world atmosphere - something hard to come by in fast-developing KL. Old wooden chairs and decades-old tables, in a building virtually unchanged for close to 7 decades exuded an ambience impossible to replicate elsewhere in KL. 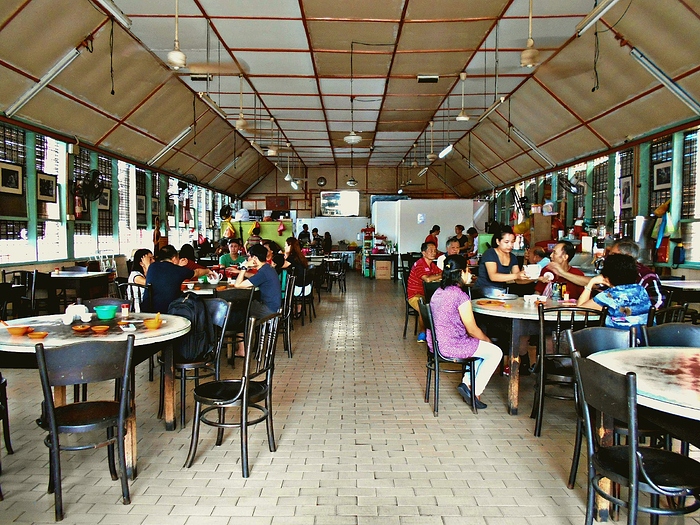 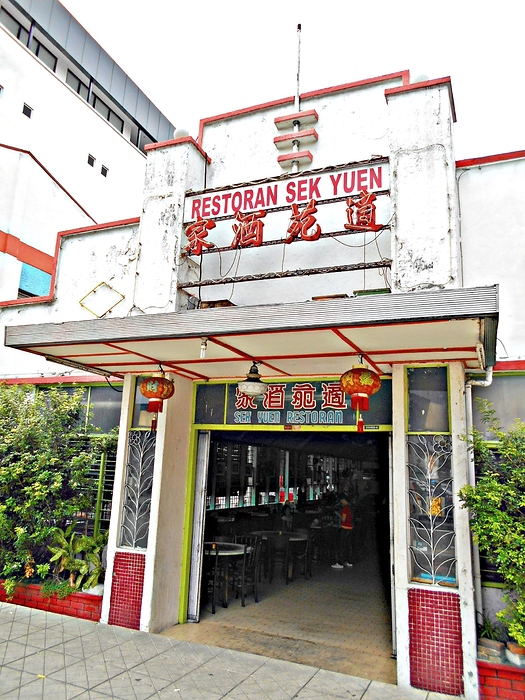 Review and food pics are great, but I’m in love with that first picture.

Sometimes, you never know how your pictures will turn out - I was on my way to the men’s room at the back of the building when I saw the kitchen, so I just took a quick snap with my phone-camera, all the while hoping the cook wouldn’t see me peeping!

Review and food pics are great, but I’m in love with that first picture.

Looks like a moody retro scene straight out of a Wong Kar Wai movie!

Looks like a moody retro scene straight out of a Wong Kar Wai movie!

An opportune moment. I was on my way to the washrooms at the back of the restaurant and the narrow corridor took me past the open door of their antiquated kitchen - the stoves were still fired by burning wood.

The chef seemed to be taking a moment’s breather after the busy lunch-hour service whilst the rest of his kitchen crew were outside. I just did a quick snap of the scene.

The old chef in that “In the Mood for Love” clip wouldn’t look out of place in Sek Yuen, where the chefs’ ages averaged in the 60s. The current head chef, Pang Yong Seng, is 72.

The oldest family member still around is Phang Keng Foo, now in his mid-70s and still taking food orders as the head waiter. I remembered one funny incident involving him that happened more than a decade back, when I was dining with a KL-based uncle who’s a regular there. My uncle asked Phang Keng Foo about his older brother, who was the head chef at the time, as he didn’t seem to be around. With his trademark inscrutable & emotionless look, Phang Keng Foo just pointed a finger upwards and said, “He’s now cooking at the great kitchen up in heaven”.

I go past this in a Grab almost every day. Still have yet to visit.

What are the must-orders? The duck? Anything else?

The Pei Pa Ngap - crisp, roasted duck (in my post above) is their signature dish.

Sometimes, you can see them hanging their ducks out in the sun to dry in the lane at the back of the restaurant: 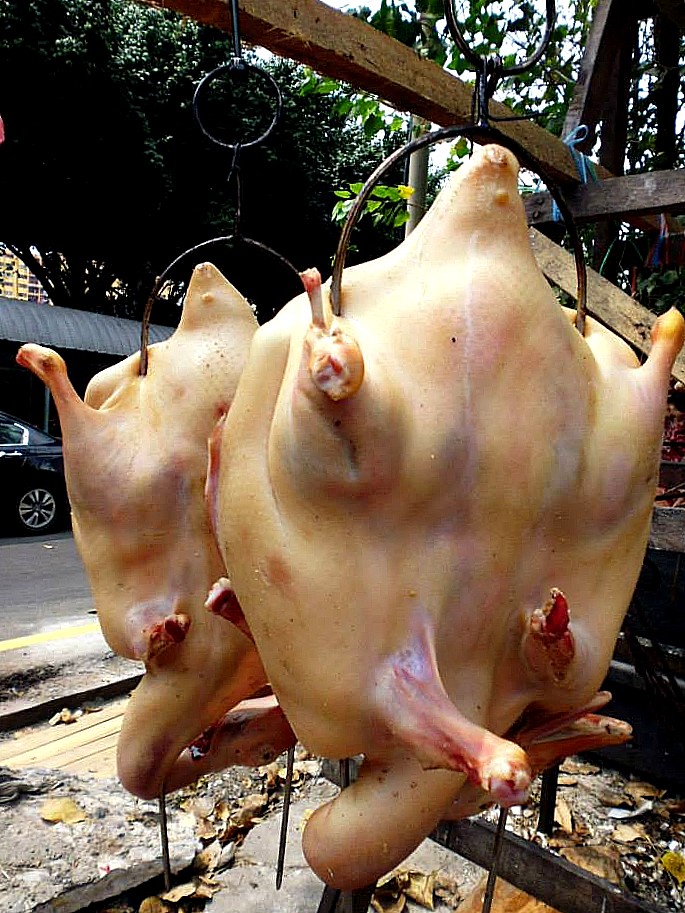 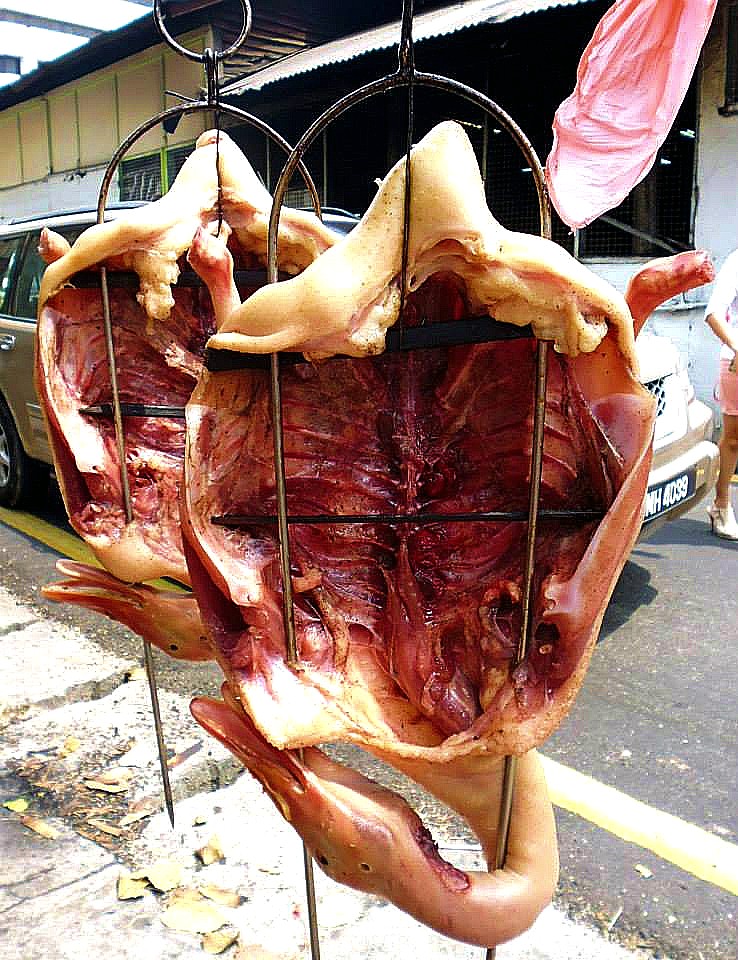 If there are at least 4 or more in your dinner party, place an advance order for their Pat Poh Ngap (8-Treasure Braised Duck) - it’s delicious. The de-boned and stuffed whole duck is chockful of ingredients, and the meat is fall-off-the-bone tender. 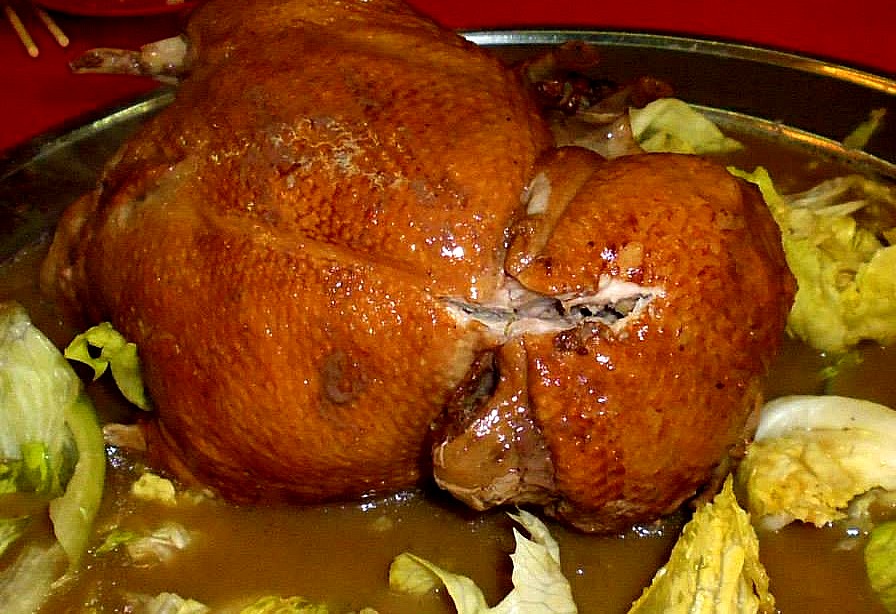 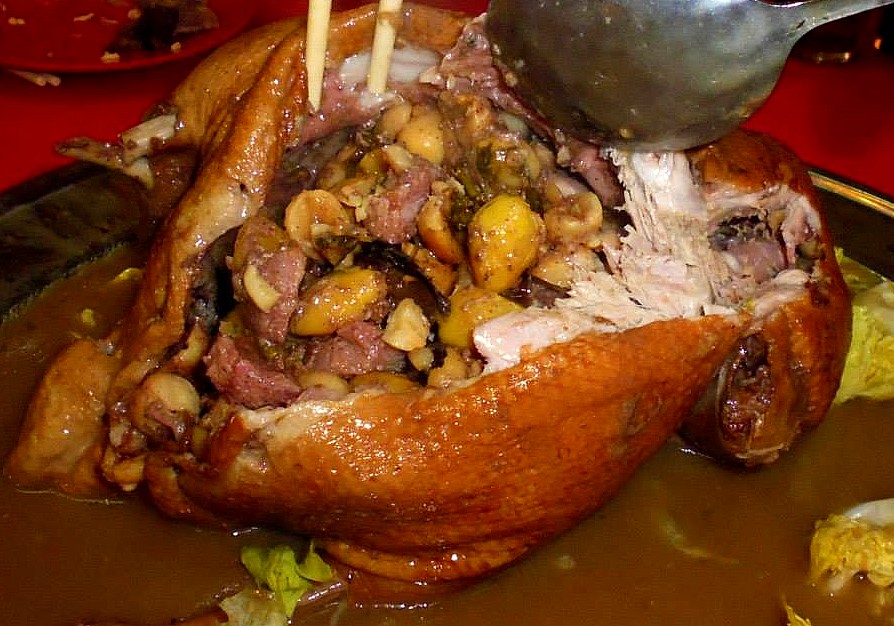 We also liked the Hae Cho - crisp-fried orbs of minced pork-shrimp-crabmeat wrapped in yuba skin. They are good as starters. 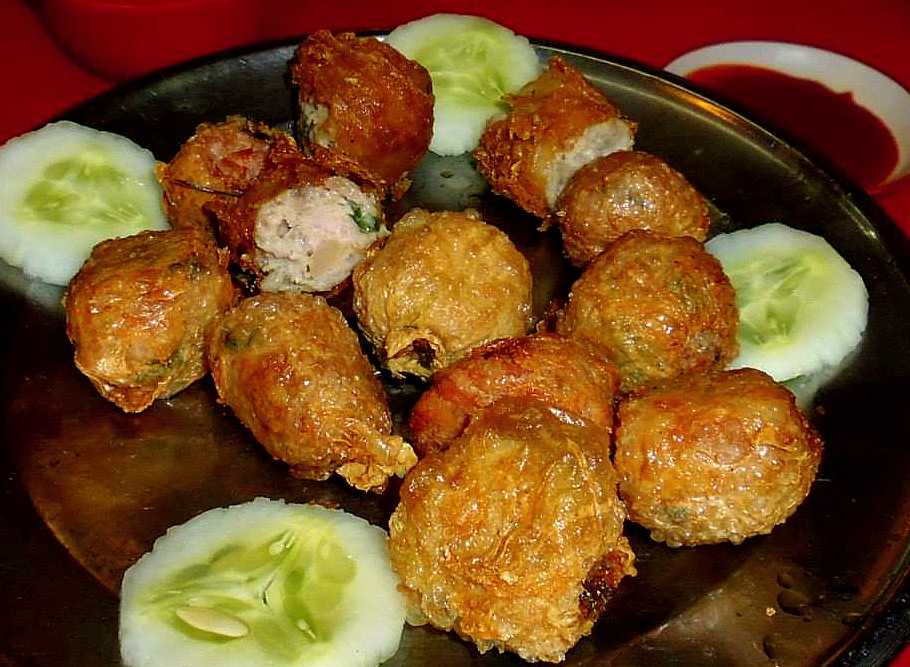 We also tend to ask for their “Soup of the Day”, as the Cantonese are renowned for their soups. My favourite, if we are lucky to land it, is the Pork-rib soup with dried figs, longans and “wai san” root vegetable - “wai san” is Chinese yam, it’s crunchy when just boiled and very nice. 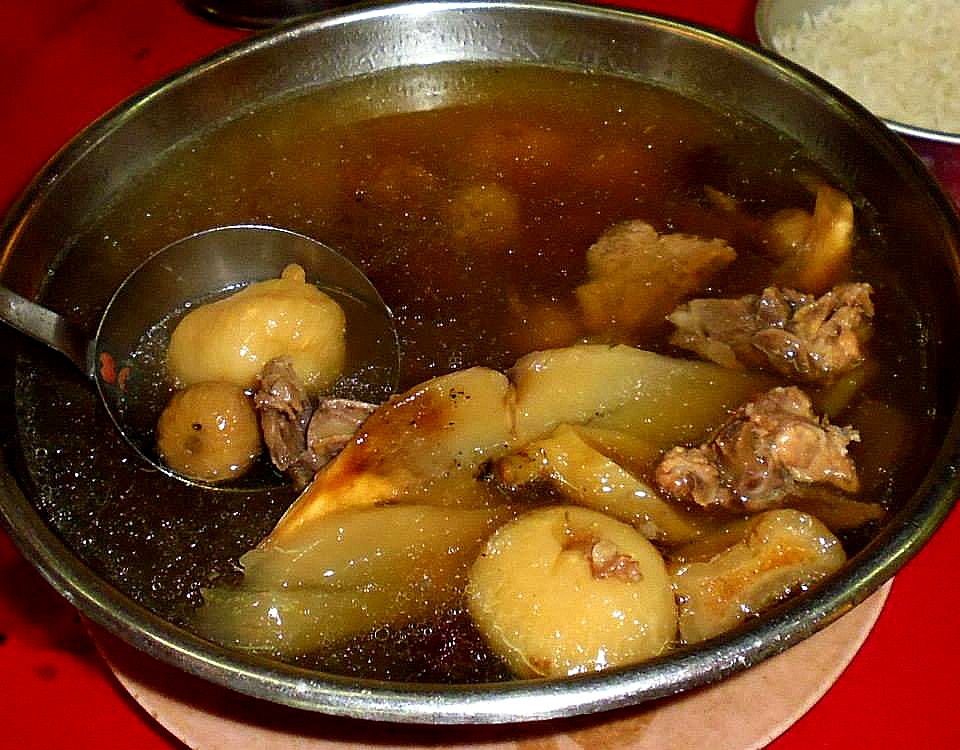 Their ducks all looked good.

If there are at least 4 or more in your dinner party, place an advance order for their 8-Treasure Braised Duck - it’s delicious.

Do you recall what were the 8 treasures in your duck?

Do you recall what were the 8 treasures in your duck?

Ok I am here now. I will make a report after!

Thanks Peter for the recommendations. We ordered everything you mentioned: the sour fig soup, the Pei Pa Ngap, the "Yau mak”.

Everything was phenomenal. Duck was perfect–still a bit of chew, the skin was ridiculously crisp with a light coating of salt and a bit of smoky char. The dipping sauce was tangy and delish.

Yau Mak was the best version of the dish that I’ve had here.

I’m still thinking about the soup.

Total cost was ~70RM, which is absolutely criminal. Will start working this into our regular rotation!

Total cost was ~70RM, which is absolutely criminal. Will start working this into our regular rotation!

Good to hear. I’m green with envy.
Am currently still up in Penang, and folks here are still quite reluctant to journey forth to KL (which they still view as a COVID “hotspot”). If I do, I might be ostracized when I return to Penang.

That’s less than 15 euros. And in the capital even. Impossibly cheap. Wow!

It’s crazy. I’ve travelled and eaten everywhere in the world, high-end and low, and I think Malaysia is one of the best values for excellent food at ridiculous prices. I have no idea how the majority of these places stay in business…trying to do what I can!!!