How did your garden grow?

After four summers of “playing around” with very different varieties of heirloom tomatoes, we decided next year to put in four Brandywine plants and just relax. Brandywines we’ve planted in the past have always come thru for us in a pleasant way.

Even tho the tomatoes were a bust this year, my new (last year) Blue Paradise Phlox plant is right outside my desk window to enjoy. Magical, it is very blue in the early part of the day and then turns pink in the afternoon! 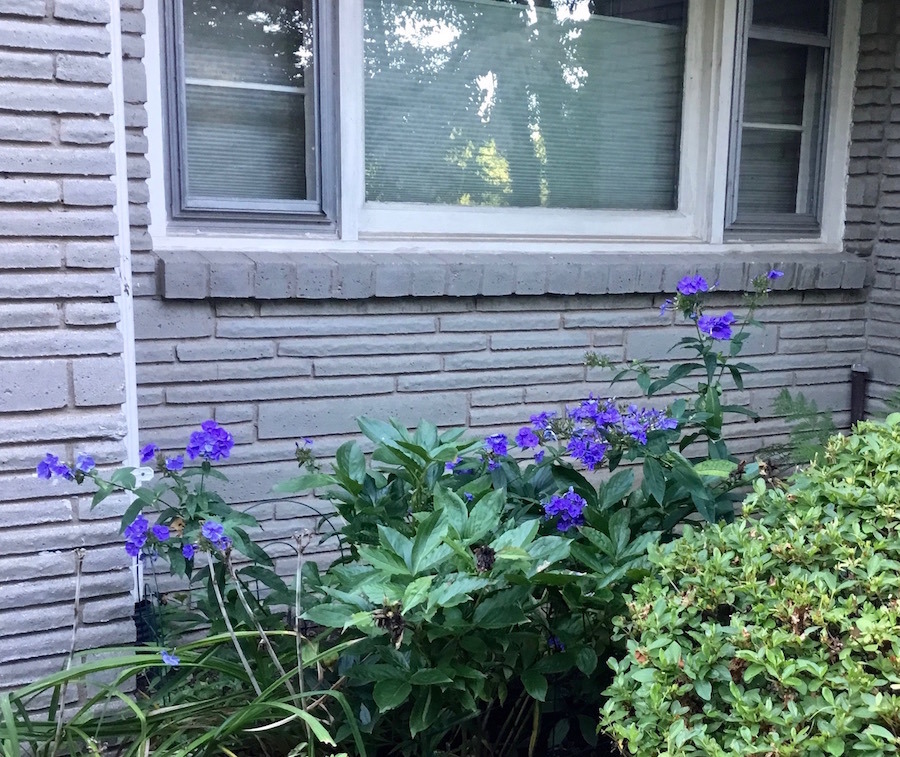 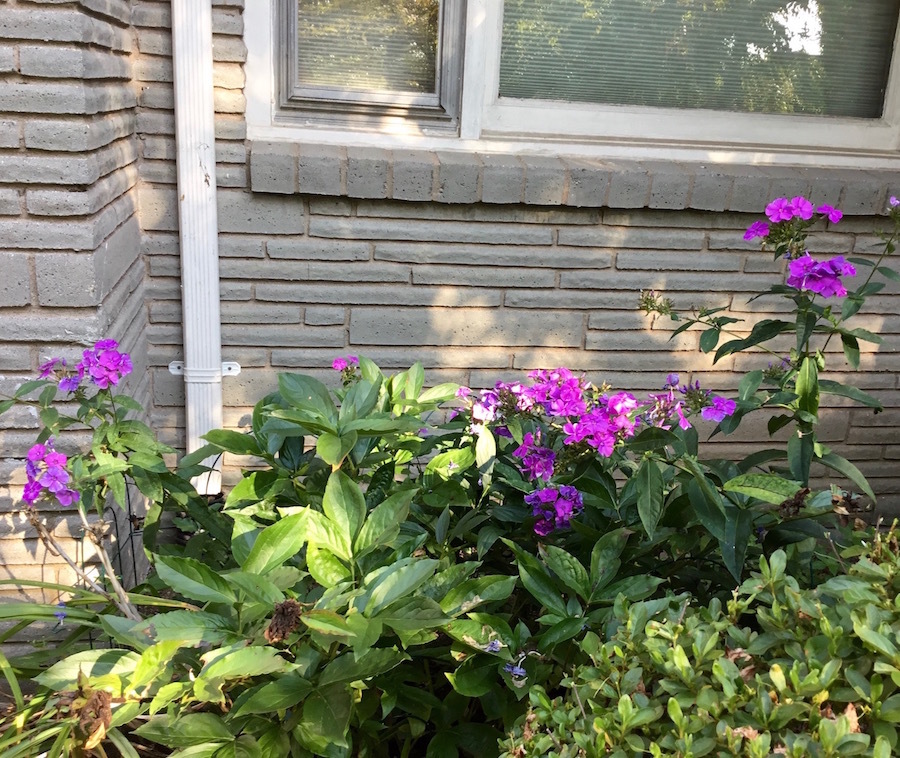 Our garden thrived this year, the best in recent memory. There was a bit of a silver lining to the drought in the North East - virtually no disease this year. As long as you diligently irrigate the crop was fantastic. We had more loss than usual from desperate rabbits and squirrels looking for any hydration they could find. However that was more than counter balanced by the bumper crop.

Early season arugula was abundant and the fall planting is coming along nicely. We have not bought lettuce, chard or kale since Memorial Day. We experimented with some new radish varieties in the spring (including purple daikon) which were delicious.

We are drowning in tomatoes. Red and Yellow Brandywine’s have been delicious as always. Despite some early blossom end rot, the Green Grandmas are now producing nicely. Black Cherry’s are coming in waves. The surprise of the season has been the Yellow Coyote tomatoes. Marble sized and yellow cream colored, with a delicious nuanced flavor. The Coyotes have been prolific with two plants yielding a gallon of tomatoes a week since late July. The Coyotes and Black Cherrys look like they are going to produce strong until the first frost.

The herb garden has done well with minimal bolting despite the hot 2nd half of the summer. Pepinex cukes were new for this year, and we’ll probably make it our primary variety next year. Italian eggplants grew much better than usual in our garden. The only dud this season was the sugar snap peas which vined and flowered like crazy but never produced peas. Oh well, can’t win them all. 2016 will go down as an epic garden season.

Wished we would have planted Chocolate Cherry tomatoes. They are so tasty.

I moved into a house with a garden after years of flat dwelling so was pretty excited to be able to grow some things.

Living in the UK involves a lack of any real Mexican food, and very little in the way of fresh ingredients, so I decided to try growing tomatillos. Surprisingly easy and prolific! They don’t seem to be affected by any of the diseases that affect tomatoes over here.

In contrast both my courgettes and tomatoes got ill and didn’t produce all that much (managed to ripen some tomatoes indoors without the blight getting to them).

The other star was a small bed of sweetcorn. I was worried the block wasn’t big enough for pollination so I diligently hand pollinated for a week and it seemed to pay off. The beans that I grew up the stalks are still producing, although the stalks themselves are structurally on their last legs.

I’m reading up on all of your success stories and trying to decide what to plant next spring! In the meantime, do any of you experienced gardeners (in the Northeast, particularly) have suggestions for things to plant in the fall or fall garden chores to ensure a successful spring planting? I am going to plant some garlic this fall, but other than that and spring flower bulbs, I’m at a loss.

I also grow in pots on my deck. The basil just plain died. My tomatoes - very small, but very tasty.

Cover crop such as field peas, oilseed radish, etc. Rye grass can get out of hand quickly. I think there is a list on Johnnys Seeds. We will add a thick layer of leaf humus in late October then chicken manure early April for planting in late May.

I have had success over-wintering carrots and migh try beets this year.

I also grow in pots on my deck.

I read this a little too fast and read something totally different. LOL

Harvesting some of our patio crop of herbs and preparing some good pesto: basil, mint…small tomatoes have been nice and sweet, too.

Great news about gardening. It lowers your stress level, you get some exercise, even extends your life. 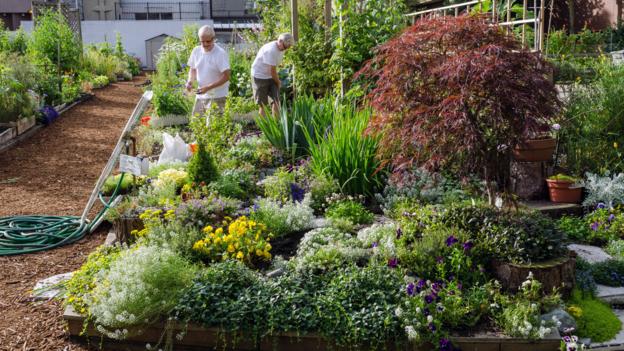 Gardening could be the hobby that helps you live to 100

Many of the world's centenarians share one common hobby: gardening. Could you extend your life and drop your stress by taking up the pursuit, too?

When I was in Okinawa I saw for myself how healthy the people are. Japan already holds the record for longevity but the world’s highest concentration of centenarians are in Okinawa. In Japan it’s very rare to see someone in a (motorised) wheelchair in public, and I saw none in Okinawa. Elderly people walk round using a cane and maybe touching the wall for support. Most people have gardens in which they grow fruits and vegs for extra food. Everywhere is so lush and green, full of tropical plants and flowers. Japanese in general love to grow own food and living on islands they have to be self sufficient. In big cities on mainland Japan where space is scarce and expensive gardens are built vertically in front of the houses. 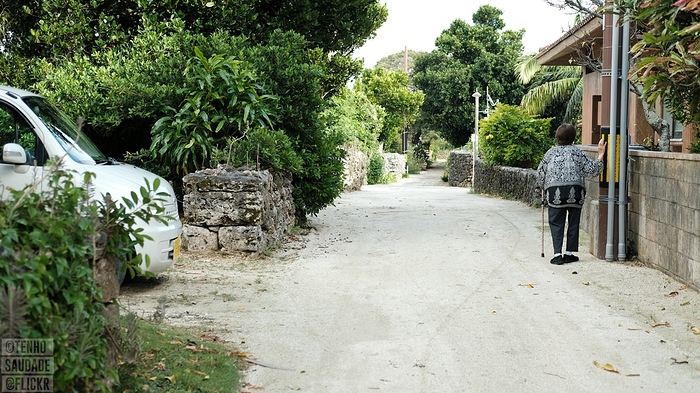 Common fruit trees I saw in Okinawans’ gardens: papaya, dragon fruit, bananas, even Okinawan lime. A peek into their gardens: 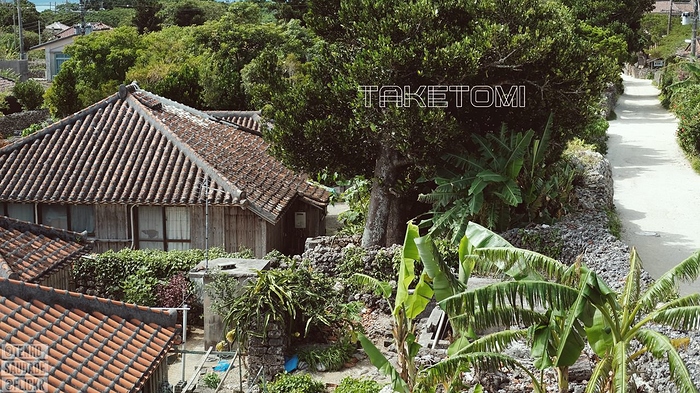 Dragon fruit and its flower on coral wall. 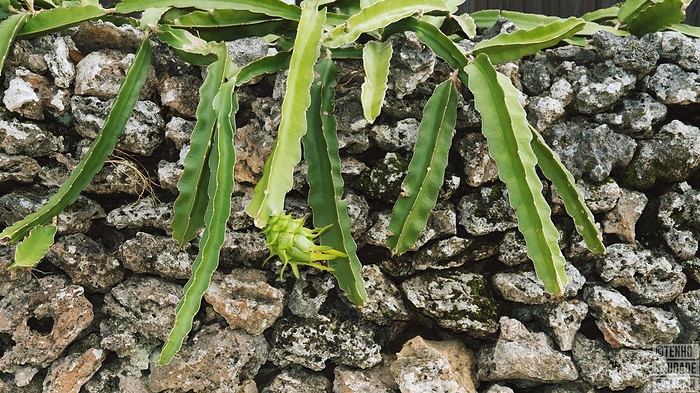 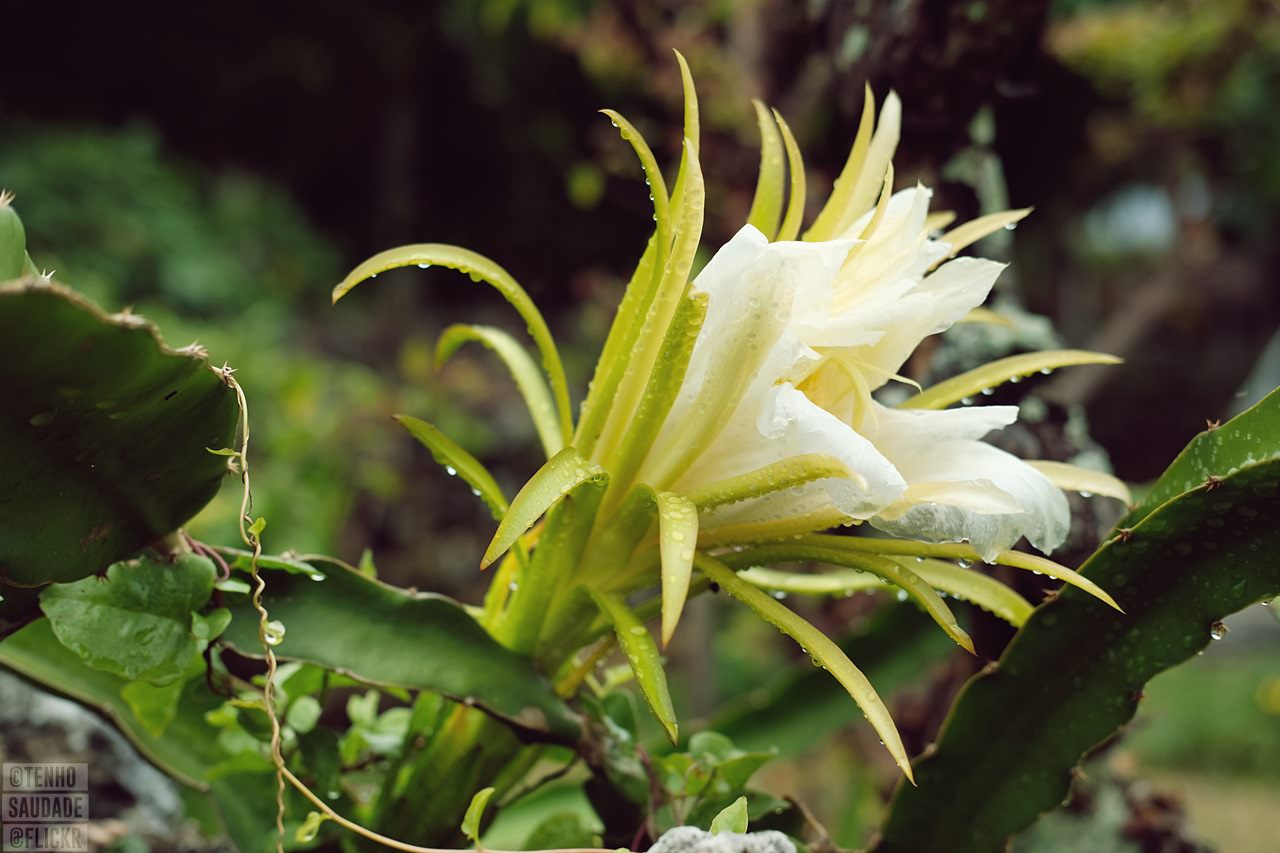 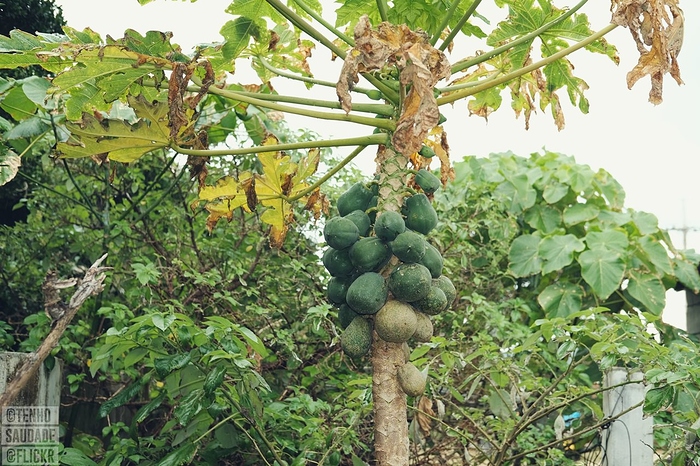 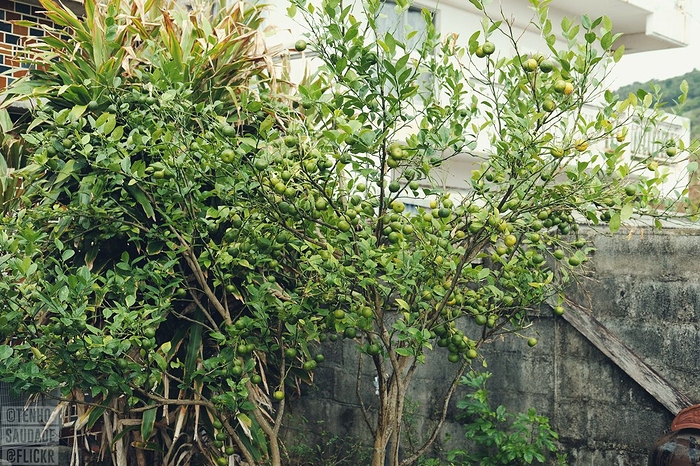 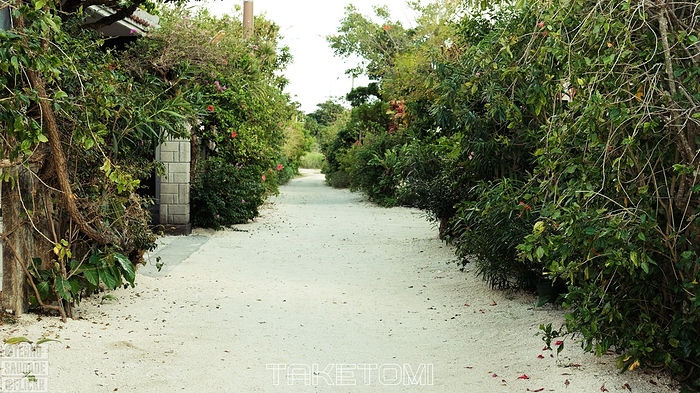 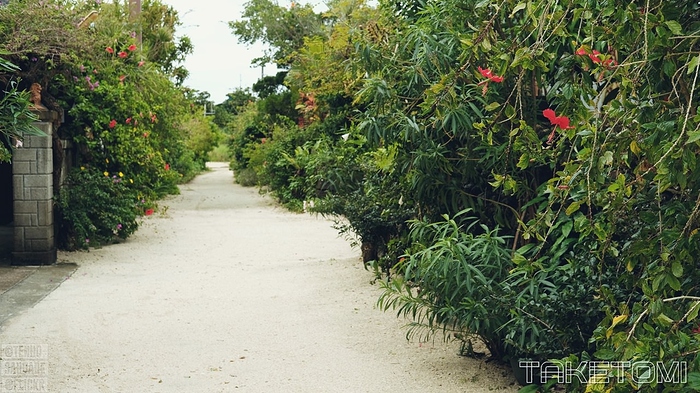 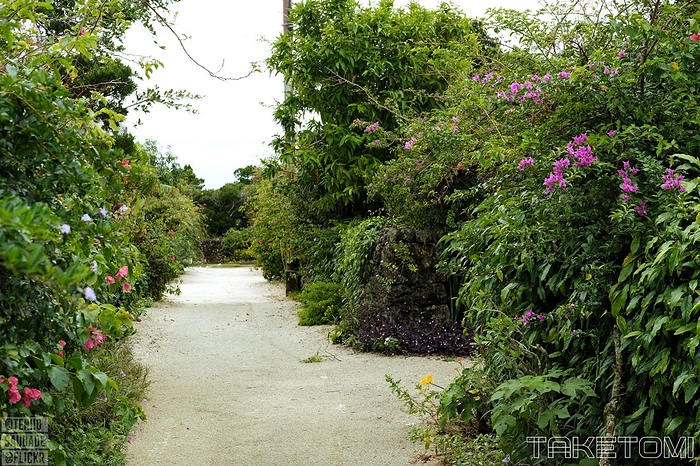 there is hope for me?
I have one friend who keeps on telling me that I should not be on my. hands and knees working in the garden, that it does not become someone like me. I told her that I know of a colleague who retired, sold his house as his wife is a travel agent but when he came to visit my garden, told me he missed his garden bec they moved into a condo. He is 84 and last I heard, bought another house with a garden. He is 8 years older than me.

I am 76 and still gardening ( of course, I had multiple accidents from falling , pruning trees as well as now am suffering from alpha gal syndrome- sec to being bitten by a lone star tick. It has been very difficult for me, no red meat of any kind from animals with hoofs and 4 legs . Thankfully, I am now allowed to have milk in my coffee and cheese in my diet. !

Here are just a fraction of my garden rooms ! Am not a photographer, some of these were taken when construction of garden was in progress by husband who retired from being a patent lawyer to become a gardener and stone mason for our garden. another%20view%20of%20the%20porch|700x525 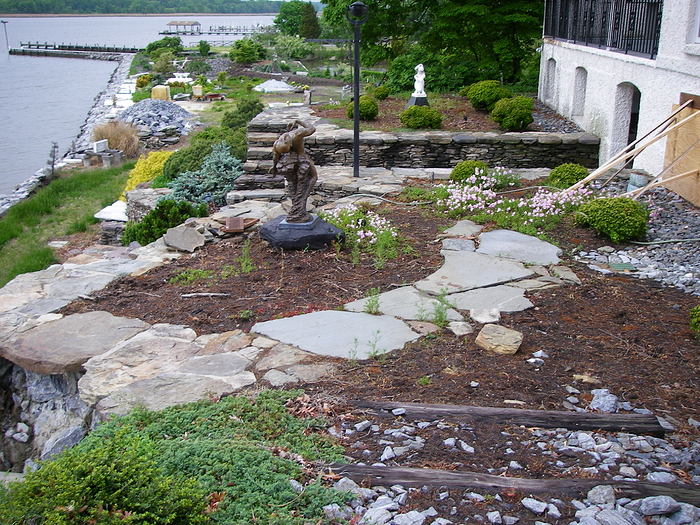 Another view of FROM THE HEART across from is the mrable sculpture CROUCHING VENUS circa 1980&#39;s with self seeding primorose attempting to comeback.JPG2816×2112 1.25 MB 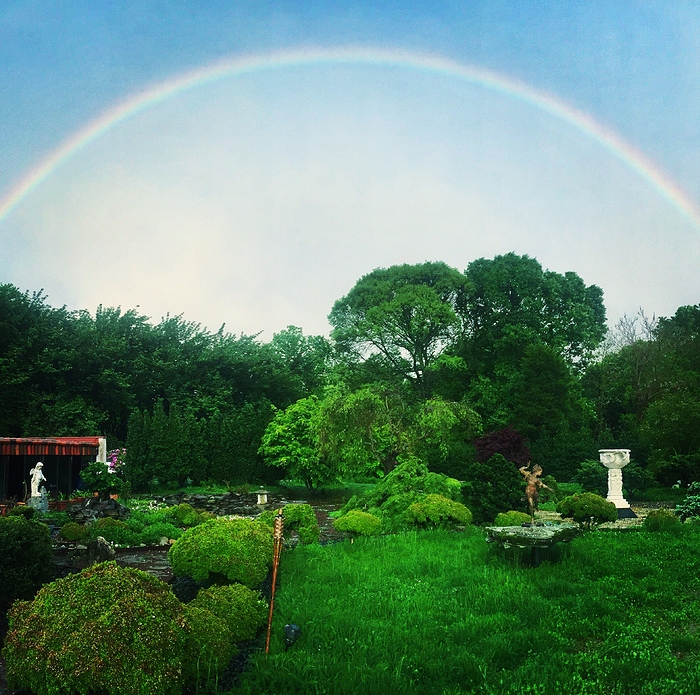 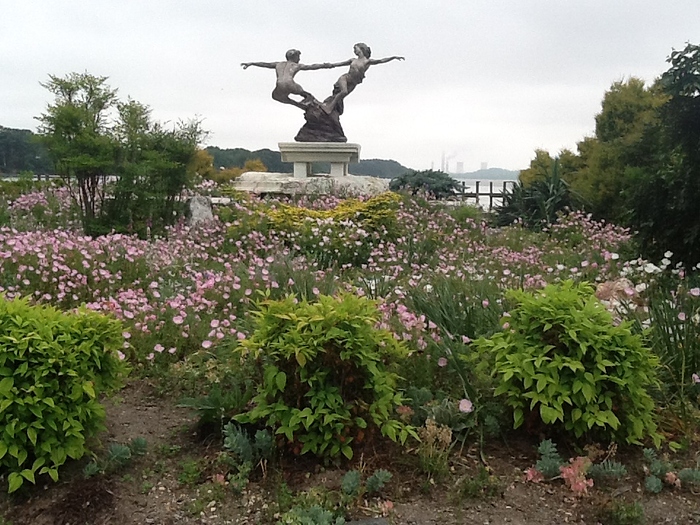 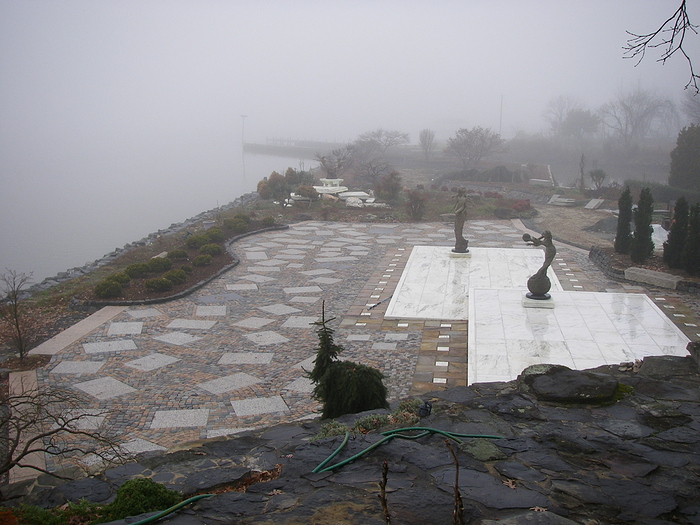 actually, I uploaded some but cannot find them. wander what happened?

I read that. Couldn’t help thinking it was associated rather than causal. For you and ccj , that could explain a lot! You two should live forever! But whatever! I’ll take hope where I can!

just went out to finish pruning my. dwarf weeping Japanese styrax
like to see the trunk , very oriental garden like 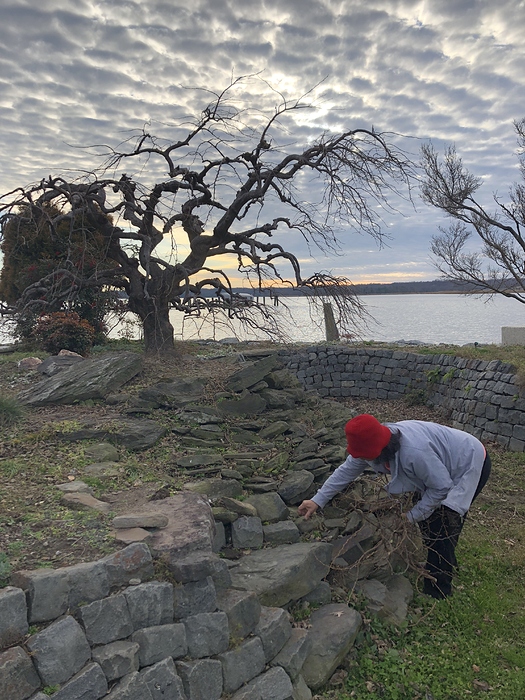 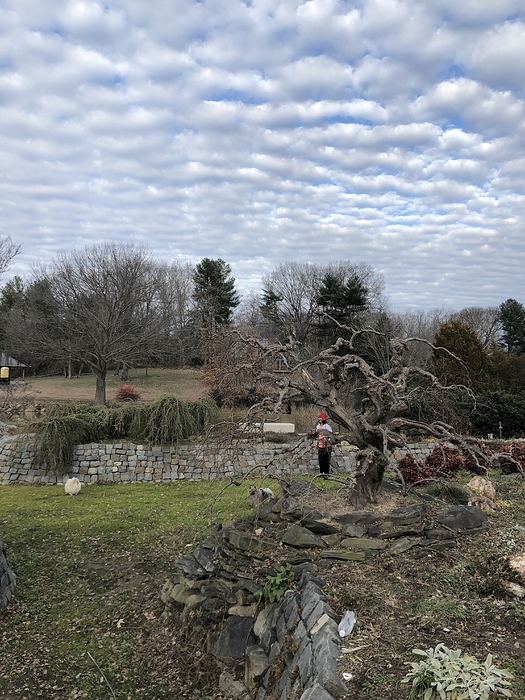 Your Majesty! How old is that tree?

Just came from conference where there was an association between cooking and health. I wonder if the gardening connection is similar. There certainly was references to blue zones!

Good that I’m not the only one that thinks trees can be pretty striking without leaves to distract. Not MY garden, but close enough! 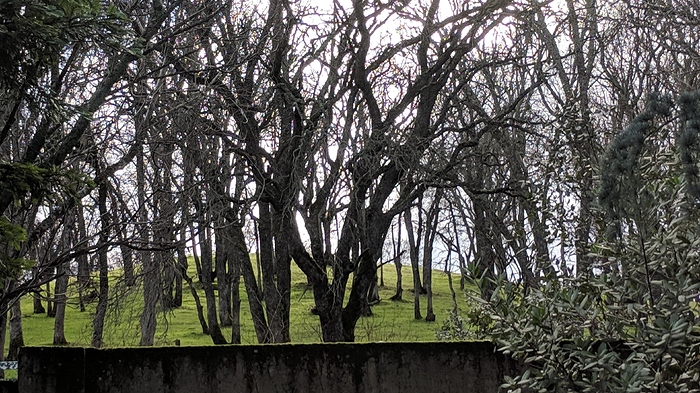 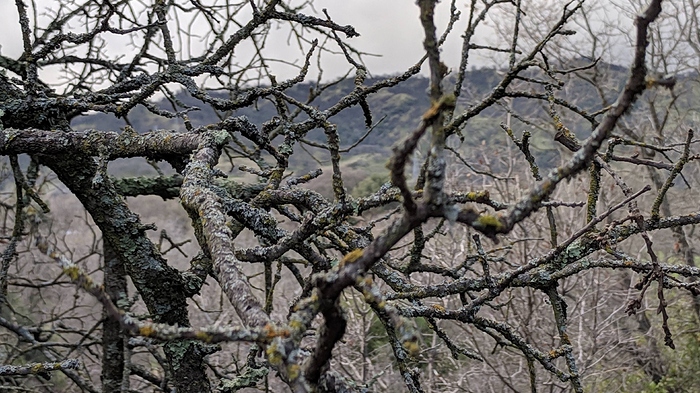 13 posts were merged into an existing topic: Our beautiful gardens (a break from food farming)

12 posts were merged into an existing topic: 2019 veggie gardens