Have no fear the first vegan butcher shop is here!

BUT- (there’s always a But) given the vitriol attitude many vegitarians / vegans have against the consumption of meat/flesh, I can’t understand why they eat tofu burgers, chicken and meat. Obviously the shapes and designs are completely customizable, he’ll I’ve had tofu (I assume) fried shrimp that I could NEVER tell was “fake” shrimp. You take the breading off and the coloring and texture is spot on.

As a current omnivore but a former vegetarian then vegan for many years, I’d like to come to the defense of meat analogues. Personally, I don’t really understand why they would be disgusting to vegetarians just as I don’t understand how it can be confounding to omnivores that vegetarians would like them. I can certainly comprehend how a person who just simply doesn’t like meat wouldn’t like them.

I’ve never been a big fan of the processed stuff you can buy in the stores like fake chicken nuggets and burgers that are similar to meat (not the grain veggie burgers) but I do love to have dishes from the homemade seitan (beef or chicken style) that I make myself such as vegan cheese “steak” sandwiches. I actually prefer vegan style to the real meat version.

Sometimes when I was a vegetarian, I would miss comfort foods from my childhood like sloppy Joe’s, taco salad, sweet and sour chicken etc. etc. Fake meats scratched that itch. Sure you can make some of the comfort foods with lentils and other beans but shredded seitan is a great stand in if you want to get closer to authenticity for things like taco salad.

So that’s what I just don’t understand, why mimic what many find to be so offensive.

I don’t think vegetarians find the actual dish offensive, just what it took to get there, whether it’s for environmental or humane reasons. I’m guessing someone that is offended by a seitan “steak” sandwich is a pretty unreasonable and immature person. Personally I’ve never encountered one of these kinds of silly people in real life but I have gotten whiffs of them on the internet for sure.

Lips and assholes are meat right?

I define meat as “the squishy parts of an animal,” so…yes!

Ha! How fabulous!!
I have been vegetarian for decades and honestly don’t consume much in the way of faux meats but hopefully this will attract customers looking for ways to include more meatless meals in their diets as well as vegetarians.
I would like to think that this will be a tasty affordable option for those who do not want to support factory farming yet cannot purchase exclusively humane pastured etcetc meats. I think that in the not at all distant future it will be cost prohibitive for “middle class” families to continue to have a traditional meat/chicken/etc focused meal every night , hopefully this will be another choice

A good number of faux meats are made from seitan or vital wheat gluten, which actually holds any shape it is molded into. Plus various spices and flavorings. Some companies like Morningstar add an unholy number of additional ingredients to make a very processed product, and some companies like Field Roast and Beyond Meat keep their ingredient list short and sweet without extras. If you want to make seitan at home the PPK recipe is great, it’s rather simple, just takes a bit of time
http://www.theppk.com/2009/11/homemade-seitan/

who actually drinks beer for its taste? Lol

I usually only drink it to settle my stomach.

It’s not necessarily about yuckiness, there are plenty of environmental reasons to eat less meat.

This is a huge driver, I think, for many people going in the direction of “meatless Mondays”, although it would be better if were more like “meat Monday” and the rest of the week was vegetarian based. Also, while I don’t want to wade into the controversies about meat-eating and personal health, a lot of people tend to think the less meat, the more veg meals, is protective of health.

As a current omnivore but a former vegetarian then vegan for many years, I’d like to come to the defense of meat analogues.

I just happen to prefer eating whole vegetables. I find a meat-centric diet truly boring, so maybe that is one reason I’ve not much interest in meat-analogues – although a great many have been too salty for me, or I don’t like the processed texture.

However, all that said about my personal palate, I cannot see any rational objection to meat-analogues coming from meat eaters who pretty much torture their meat and obliterate the taste with sauces, rubs, smoking, brining. You could probably make a fortune opening a Michelin star restaurant where meat was molecularly reconstructed to resemble vegetables and get rave reviews. (In fact, isn’t that what El Bulli did to some extent?)

I concluded there is a long and robust tradition of this in China (although don’t really know).

Yeah. They do – for vegetarians and what not.

So that’s what I just don’t understand, why mimic what many find to be so offensive. 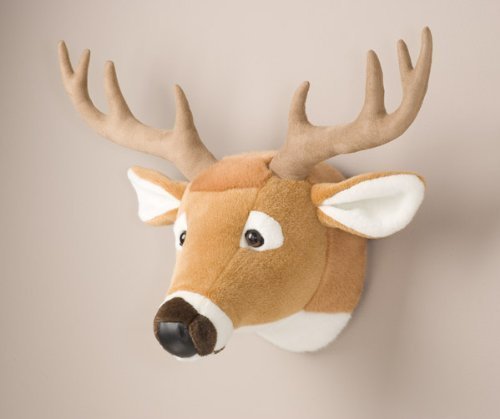 (I cannot believe they still exist. They were just starting when I was at the end of my graduate school. I wasn’t 100% sure if these would still exist).

Better that than the real thing.

Omg that is hysterical and exactly what I’m talking about! Lol

The place I’m referring to The Loving Hut has cheese “burgers” and cheese “steaks” that are just as good as the real thing(s). I won’t say they were the best sandwich I’ve ever had, but if you didn’t tell me it was artificial meat I would have never guessed.

While eating the burger I felt hypocrital eating a non-burger that looked so burger. It just seemed odd to me, since it’s all artificially created why not make it look like a delicious slice of eggplant, or portobello or something completely unique. It just seems odd to me to replicate the exact thing you are intentionally not eating.

Like being against hunting, yet hanging a stuffed deer head on your wall. Too funny!

. It just seems odd to me to replicate the exact thing you are intentionally not eating.

Yes but you see, you aren’t causing any harm. That’s the big difference. And I don’t really see the difference in shape of an eggplant burger vs a bean burger vs a meat burger. Isn’t it a burgers job to just be a round patty of something in the middle of a bun? Eating a veggie burger is hardly eating the exact thing you are avoiding if you’re not eating animals because of humane or environmental reasons.

I think it’s pretty awesome that there are so many fake meat options for vegetarians to experiment with if they are missing something that you can’t really recreate with a bunch of beans.

Like for instance a bologne sandwich or a hot dog or chicken nuggets. I’m excited to see companies trying to make these items better because most of the stuff I’ve had is complete shit and full of wacky ingredients.

While eating the burger I felt hypocrital eating a non-burger that looked so burger.

I have that same feeling. I’m still waiting for the day meat need to look like vegetable dish instead.

It just seemed odd to me, since it’s all artificially created why not make it look like a delicious slice of eggplant, or portobello or something completely unique.

In Sicily, when there was a very wealthy class of ruling elite who could afford to eat meat, the Sicilians who couldn’t afford to eat meat mimicked the appearance of the same dishes using vegetables so that their neighbors, looking out their windows into other homes, would think the family had more money than they did. Many of the vegetable recipies have endured in popularity even as the meat dishes have faded, even though today’s Sicilians typically can afford to buy meat. (It’s rather hot in Sicily, too hot to enjoy meat dishes.) One of the best known examples is eggplant involtini.

They are very cute indeed.

I wonder. For those who decided to become a vegetarian due to “not killing life”, would they be ok for eating meat grew out of a dish (in vitro meat). They are just like meat protein in composition, but they are never inside a live animal.

Locally in Chinatown, mock meat is often sold in refrigerated packages or canned. My Mom used to occasionally find people who would make this fresh and sell various flavors of mock meat/seitan - these were usually packaged in generically available plastic packaging. I think a few Buddhist temples used to sell this stuff on the side for extra income for the temple. I have a few friends whose family also made their own.

I’m an omnivore as well, and enjoy a lot of vegetarian foods (not tempeh though…ick). Growing up with this stuff, tofu and seitan to me were just two of the many options for food, never anything ‘weird’ or ‘different’ so I find it a bit odd to need a dedicated faux butchery. I would love to have more easily accessible flavored seitan though, as I’ve had really good versions that are great in stir-fries.

I wonder. For those who decided to become a vegetarian due to “not killing life”, would they be ok for eating meat grew out of a dish (in vitro meat). They are just like meat protein in composition, but they are never inside a live animal.

This is an interesting question and I’ve wondered it as well. Ethically, I can’t see why there would be a problem but I gather there may be a gross out factor for some. Certainly there are many vegetarians delighted by a realistic meat substitute but there are probably just as many that get grossed out by it. I was never one that was grossed out by it and was often amazed by the cleverness.

I would be interested to hear an ethical argument against the consumption of lab grown meat from an animal rights/welfare perspective. I must plead ignorance as to whether there are environmental consequences to lab grown meat.

I guess… it also depends the definition of vegetarian, and it will be different from one individual to another. Clearly, we are not killing cows and pigs by using in vitro meat. However, we are killing animal cells, so that line will be different for different people.