As reported, Lanzhou Hand Pulled Noodles has a soft opening on October 25th. I’ve confirmed with the owner that the owner worked in Lanzhou and that this is an independent restaurant, not part of a chain.

I’m leaving out Shandong, Korean Chinese, and whatever else i listed as Category #4 in the original post, and I don’t know their technique. Some of those source their noodles or use packaged, pretty damn good, noodles available at Korean markets.

The owner told us that they are not hand-pulled (too much labor.)

As reported, Lanzhou Hand Pulled Noodles has a soft opening on October 25th. I’ve confirmed with the owner that the owner worked in Lanzhou and that this is an independent restaurant, not part of a chain. 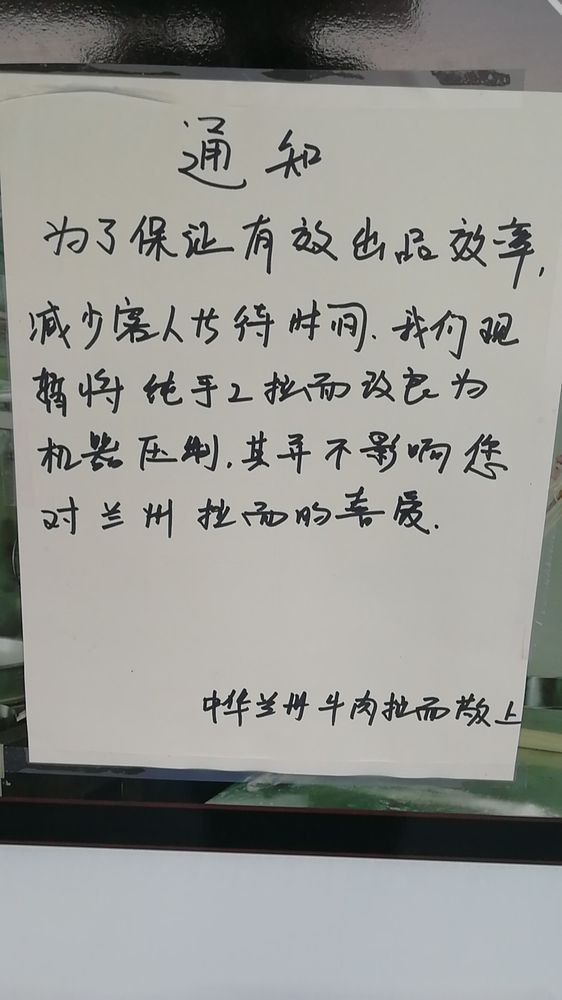 Hahaha. That was amusing. So lots of videos of the noodle dance but no pictures of the final noodles despite lots of other pictures of food.

They do have knife shaved noodles at Skyview. They were dense and a bit undercooked in the center when I tried them.

The owner tried to describe the hand-pulled noodles they had, which he hopes to bring back at some point.

He said they were a noodle style from NW China and not the typical la mian that you see with the chef stretching & bouncing & folding the dough to thinner and thinner strands to the desired thickness, but still quite labor intensive.

Through his gesturing and talking it sounded like the dough is pulled and stretched by hand, but then knife cut into the ribbons of noodles. I’m probably completely butchering the process, but sounded more like the Che Mian that Souperman & Hyperbowler had posted above.

I found these handmade noodles at Sogo Tofu in San Jose today. The cut looks very uniform so I presume ‘handmade’ refers to ‘hand-pulled/ stretched’. I asked the guy whether those are handmade or machine made and he said handmade. 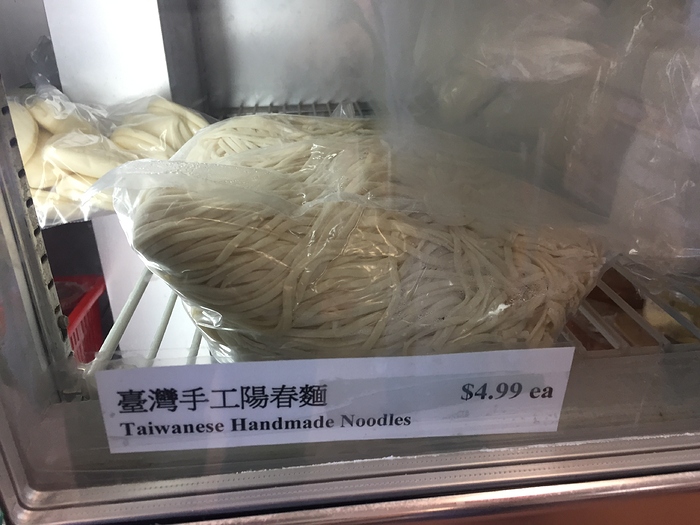 I highly doubt it is hand-pulled, which is a special version of handmade.

Handmade can be kneeded and worked by hand all the way until the last step. Then it can either bi machine cut or hand-cut.

Hand-pulled means no cutting at all - the noodles are pulled to their final desired girth.

I asked another guy about the noodles again on a subsequent visit. Its machine cut. But its not very clear to me whether its handmade or whehter they are referring to it being made in house.

Just from the packaging, I would guess it is either made in house or if brought in, it’ll be from another specialty noodle making shop. For the type of noodle 陽春麵，it is supposed to be machine cut anyways as can be told by the rectangular cross section shape.

The name “Yang Chun” implies flat, economically priced noodles, though I have seen noodles so labeled that have a round cross section. They are the “every day” noodles my wife grew up on before and during the Cultural Revolution, and which she will whip up a batch of in the blink of an eye when she thinks I’m too hungry to wait for dinner. 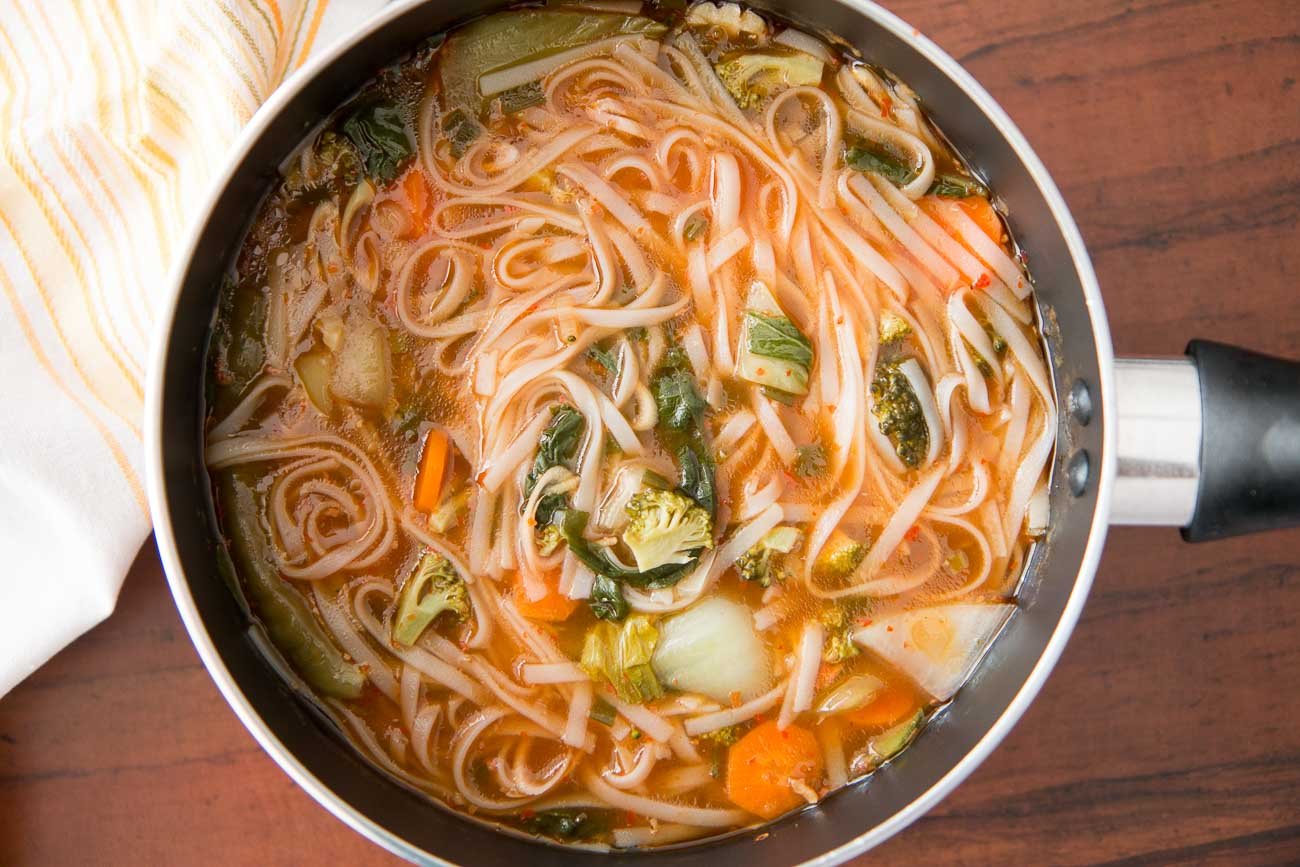 Yes, the meaning of 陽春麵 “yang chun” literally means plain noodle. I’ve not noticed round noodles being used in my experience in Taiwan but it certainly can be. 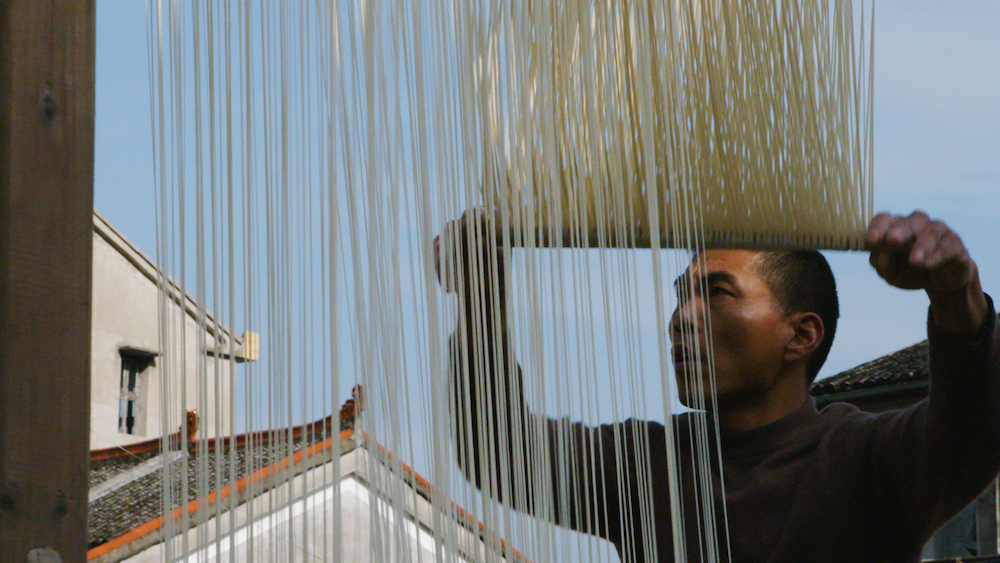 The Art of Making 9-Foot Noodles by Hand

In a Chinese village of 300 people, 51-year-old Lin Fagan continues a centuries-old tradition of making noodles by hand. But these aren’t just any noodles—these thread-thin suo noodles measure nine feet in length and take 16 hours to produce. Fagan...