There going to be a transition from that other board (won’t even say the name) to here. Nice to see posters from there over here. My time here is limited due to relocating in 2 weeks, but hope all can play nice.

I write what I do below civilly, in the spirit that all HO members are created equal, and that frank discussion is vital to this board.

Sampson (HO founder) and I had a call yesterday. He patiently listened to my concerns and explained how the system works.

How is it possible to get a call with this Sampson? I always thought it obvious “how the system works,” but perhaps a patient explanation might reveal the subtleties that were apparently newly revealed to you.

Your comment suggests access to strength that we ordinary folk do not seem to have, and I think it important that nobody has, or is allowed to suggest they have, access to “founders” etc., that others don’t.

Unfortunately you cannot block someone from seeing your stuff, you can only not see theirs which is counterintuitive. Sampson said he’d look into it for me.

Not clear why you’d want to block “someone from seeing your stuff”. Surely that’s up to them, unless you view HO as a broadcast channel only to your fans. Why is it counterintuitive that you can block that which you dislike, and what is this fabled Sampson looking into for you?

Ana Sortun worked at Aigo Bistro in Concord, I think some of you were trying to figure that out. 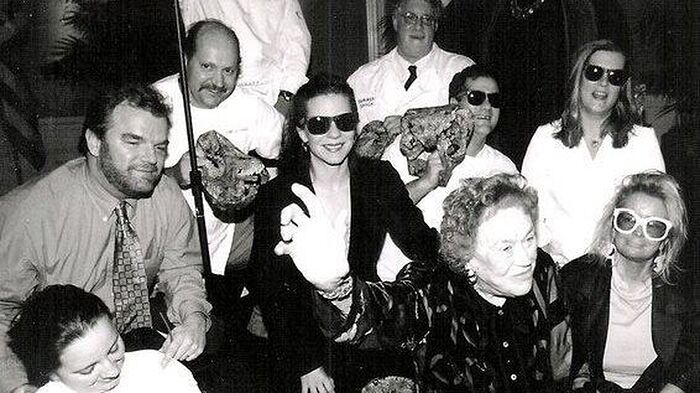 Here Are Ana Sortun, Jody Adams, Jasper White, and More at 8 Holyoke Around 1995

I don’t think anybody was particularly trying to figure anything out about Sortun.

Personally, I’d much rather people simply tell us, not tell us without telling us. I’m so dumb that I cannot tell the difference between being told something and being told without being told.

I will let you know, if I come back for real, and if ppl are nice to me and search deep within themselves for a sense of…humor. Send me bitcoin? (That’s a joke.)

For cash (no bitcoin) from you to me you can tell me your plans, and I will then tell others on this board, without telling them. We can then split the proceeds 50-50.

Alright, all you haters behave!

I’ve always wondered who these haters are that you imagine you have. Could I be one? (Hey, you’re always asking for humor.)

There going to be a transition from that other board (won’t even say the name) to here.

Don’t know if you’re Harry Potterish (and, after Rowling’s recent crap-out-of-mouthing, if that’s even goodish), but is the name so Voldermortish?

My time here is limited due to relocating in 2 weeks, but hope all can play nice.

2 weeks, as a communication distance, is a far relocation, well outside the orbit of Pluto, but I’m sure we’ll all play nice till you get there.

Not traditional for either Nepalese or Indian cuisine, but SO delish!

Things can be “delish”, of course, without being “traditional”. Indian cuisine has a 2000+ year tradition, but tikka masala goes back in India no further than the tomato, its slow incorporation into Indian food, its even slower melding of tandoori tidbits with tomato sauce into “butter chicken”, and the reduction of that in England about 100 years ago into tikka masala.

unless you view HO as a broadcast channel only to your fans.

Right. This exactly. But you know what? It’s fine with me. Each member can view HO as whatever they please. If they provide useful insights, I still want them posting and will read their posts and appreciate the information provided.

The next generation takes for granted what we so painstakingly discovered – therefore, what’s the point in posting?

Thank you for your thoughts. I took a night to digest them (well, that and the bucket of fried chicken from Snappy Patty’s). I disagree with this thought- or at least hope there is a different feeling out there among “the next generation” which, compared to some of you, may include me. While, yes, I’ve experienced a lot of cuisines that were not around in the 80’s or easily attainable, the ever-changing restaurant landscape means there’s always room for info about where to get something that may be even an old favorite. It doesn’t have to be a new food or taste, but someone new is making it somewhere. So that’s why I frequent pretty much only the regional boards, since that’s forever changing eats.

How is it possible to get a call with this Sampson? I always thought it obvious “how the system works,” but perhaps a patient explanation might reveal the subtleties that were apparently newly revealed to you.

Your comment suggests access to strength that we ordinary folk do not seem to have, and I think it important that nobody has, or is allowed to suggest they have , access to “founders” etc., that others don’t.

Sampson, aka @sck, is very responsive to all HO members. If you would like to discuss an aspect of the site with him, feel free to send him a PM.

Alright, all you haters behave!

I’ve always wondered who these haters are that you imagine you have. Could I be one? (Hey, you’re always asking for humor.)

I want you to re-read what @GretchenS wrote in the initial post.

When the recent dispute happened, one of our mods took the time out of the workday to reach out to 3 active and long time users of the Boston board, and the feedback was that there was a very clear fatigue of all the attacks and counterattacks. I also got similar feedback from two more users.

I need you all to understand that civil discussion isn’t equivalent to sarcasm. You know how this will evolve if you keep going with the passive aggression. It will just become outright hostility in a week. Your fellow board members had already expressed their feeling with the situation. Just like in a party, when 5 people are expressing the same sentiments, its time to listen. I’d tell you what I need to tell you as a mod, but I believe your fellow members’ words carry more weight than I do.

To remind everyone, the rules of the forum also say:

We also reserve the right to issue warning and remove repeated posts in the grey area that create an unwelcoming environment for the community (e.g. persistent sarcasm, passive aggressiveness, etc.).

And also to remind everyone, the forum is built for thoughtful discussions among avid food lovers. I suggest we get back to food and food only and leave all the other stuff behind.

You have one more week to get your Mongolian Shumai fix in.

Now that Wang’s is gone, the best place to get frozen dumplings is Golden Garden most likely.

Thanks @anon6418899 as always for actionable food intel, much appreciated.

Thanks for the different perspective.

@anon6418899 Just popping in to say I just joined this forum today because of your posts. Pretty please don’t retire. I was run off of a Chicago based food discussion site years ago by fellow posters who didn’t always appreciate that I tell things like they are. Stay. We can commiserate

While maybe not as active a resource as many of us would like, this board has always been quite civil while still fostering interesting and fun discussion. I can only speak for myself when I say it’s why I am here, rather than posting elsewhere. It would be really disappointing to see HO become more like Chowhound (in many respects). HO has managed to avoid having regulars and insiders who think they are entitled to act as all knowing scolds to any differing opinions. Let’s hope it stays that way.

@uni Fair points - I’m sure people have varying reasons for being part of the forum, and yours are good ones. For me, I always find that when a forum like this starts getting poisoned by uncivil discourse about issues tangential to food, the best antidote is for posters to double down on robust food content. In that spirit, my plan is to exit this thread and make sure my next series of posts are focused on food.

the best sushi omakase in NYC

Please, do tell. Been reserving a lot of dining dollars for NYC as Boston dining becomes an increasingly worse value. With Cafe Sushi still closed for in person (will they ever reopen?), true Omakase options in Boston are limited.

Sushi West 35. Ex Masa alums operating out of a garment/flower district office building.
$110 for 35 pieces is a 1/3rd the price of dine in entry level omakase in NYC.

It is called omakase from 2 ex Masa alums. Omakase to go has been a thing since Covid in NYC. Perhaps you can take your difference of opinion with the owners on Sushi 35 West.