I think you are reaching.

Since the family refuses to comment, I can only take Teresa at her word.

Souperman, why am I reaching when I provided evidence the man was married when she ran away with him, a far more egregious offense than being black. Silence is indicative of guilt? I’m just curious why you or anyone would just jump to assume one persons word is absolute, without any other corroborating proof or evidence?

See this is what I find very troubling about stories like this one. Nowhere in the article does she flat out say or claim that race is the her family banished her. Let’s take a look at a few facts here, the only place in the article that she claims race was the problem is here: …

Thanks for that research. It seems that lots of people are jumping to conclusions these days without having sufficient information to form an “informed” opinion.

Actually doing some additional research on this (clicking to page two of Google) found this article: 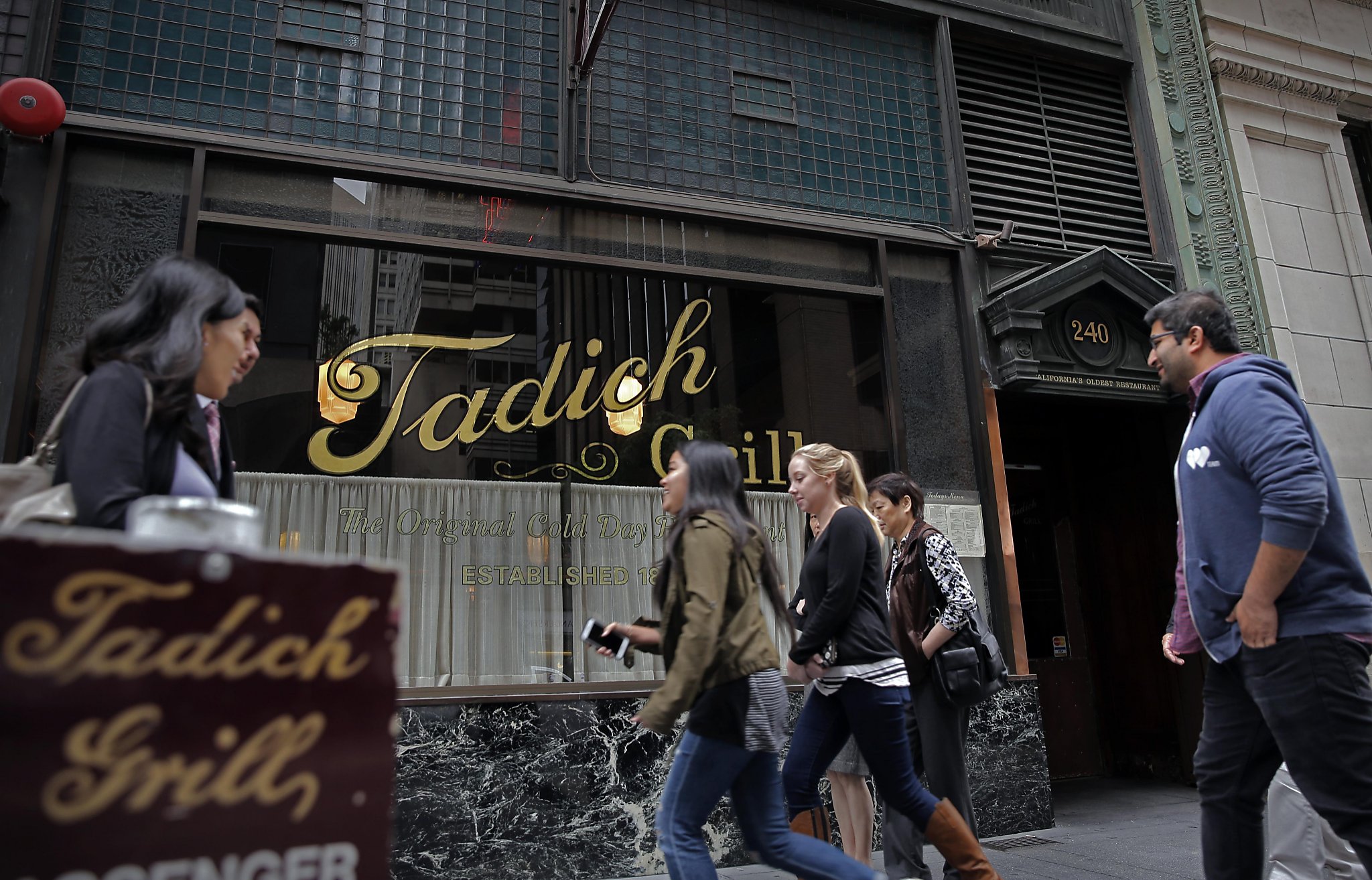 Tadich Grill’s ex-owner: It wasn’t about Gene Upshaw being black

Wednesday’s column about Steve Buich, one of the former owners of the Tadich Grill, refusing to speak to his daughter, Terri Upshaw, after she formed a relationship with — and later married — Raiders star Gene Upshaw kicked up a firestorm in the...

I think this is the statement from the father you were asking for;

“This has never been a matter of race, but rather the sanctity of marriage and personal judgment of character. Simply because a dispute involves people of different races does not mean that the dispute is racial in nature.”

That seems pretty clear to me.

I promise I’ll stop reaching after this one. Here is an interesting article about the poor victim of her families scorn Terri, on how she was involved in falsifying Gene’s deathbed will, to exclude the son of the first marriage. She seems to have been involved in several area’s of fraud, but only decided to settle the law suit once the two “witnesses” to the will recanted their story and admitted Gene never signed the will that Terri tried to file.

Gene Upshaw’s dramatic death-bed scene: The rest of the story

Court records reveal that Gene Upshaw was too weak to sign his own will before he died in 2008, that his wife underestimated his fortune by roughly $19.6 million, and other strange doings behind the scenes.

This obviously has nothing to do with the race issue, but it does speak volumes to me about the quality of her character. You can continue to take her word(s) at face value though.

Wow, and a lot about Upshaw’s character wrt what he took from the player’s union… Had no idea.

Your alternate theory that the Buich’s daughter was shunned by her family for committing adultery, while marginally plausible, is rendered highly implausible given the fact that Gene Upshaw divorced his then-wife, and then married their daughter. The WaPo article suggests the Buich family is Christian, but the lack of forgiveness (not to mention literally punishing sons for the sins of their father) is beyond the Christian pale. Even if your stretch is what actually happened, shame on the Buich family.

IMO, there really is no plausible explanation for her banishment other than racism. The more interesting question to me is where money fits into the story.

I’ll assume you didn’t go through all the posts (I know I made several) but here is a quick google search that shows he divorced his first wife in 1986, the same year he married Terri. BUT (there’s always a but) Terri says the conversation and subsequent banishing by her family took place in 1983, when she told her family she was leaving with Gene. That would be 3 years prior to his divorce.

The sfgate article actually answers your question upthread: The daughter has plainly said it was only over race. That doesn’t make it true, but the media haven’t taken this in a different, unintended direction.

““Simply because a dispute involves people of different races does not mean that the dispute is racial in nature.””

While true on its face, everyone needs to accept that this canard has been a safe hiding place for racists. This superficial truth is zero help in deciding whether any individual or act is racist. In fact, the canard is so frequently used by true racists, that it’s a decent indicator of something…

No, I read them all. IMO, whatever upset the family had about their daughter “shacking up” with a married man should have been forgiven when he divorced and they married, making an “honest woman” of her. Frankly my skin crawls at using those terms, but it also points up the real possibility that Daddy Buich is a sexist and a racist.

No, what you provided was evidence of what year a divorce was finalized. It really says nothing about how the people in that marriage viewed their relationship, or whom left whom, etc.

I think this is only one side of the story, so none of us in a position to know the truth. However, I’m not much impressed by people bringing up unrelated issues and saying because they acted poorly in another circumstance, it makes her story less likely. She could be a creep, and the family who disowned her could still be racists.

Even if they are, it is hardly unique to the Jewish community to oppose interracial marriage to the point of disowning family members. I’ve known of cases in Asian families, Irish families, Italian families – and yep – black families.

If the divorce was finalized in 1986, then what year were the married until? I’m not claiming they were living in marital bliss until 1986, all I claimed was per google he was married when she told her family she was running away with him in 1983. I’ve made no other claims. kaleoukahu claimed my “theory was plausible” it’s not a theory, he was married at the time.

I’m sure your convincing yourself, but I think the possibilities are really nearly infinite as to what the condition of the marriage was, and whether anybody was “running away with” somebody (rather judgmental language). For some people, unless the guy has finalized divorce papers in his hands, it doesn’t matter if his “wife” moved in with somebody else years before or daily expressed pure hatred for him while refusing to divorce. I don’t take that view. I am certain you have no idea when they separated or what the ex-wife’s attitudes were toward divorce or toward marriage.

I do agree with you that what the WashPost reported is one side of the story. You thought up an alternate version. I can think up an alternate version to yours. With enough time and imagination, we could write 20 different scripts about this and havel all of them be plausible. There there is always the possibility that this all comes down to a family misunderstanding (this family doesn’t sound too great at listening).

I’m not convincing myself of anything except as you have indicated there could be 20 reasons why this woman and her family have had a falling out, and I don’t see racism as the clear cut reason. That’s all…I could truly care less, except as I’ve stated somewhere, it’s a pet peeve of mine for people to jump on the racist bandwagon without anything more than “he said vs. she said” evidence.

And it’s pet peeve of mine to read phrases like “racist bandwagon” or “cry racism” or “play the race card” which goes a long way to covering up a real problem in America that is actually deadly. If you don’t mind my saying so, only white people are annoyed by people taking the possibilty of racist behavior seriously.

A lot history is on the side of saying that the most likely explanation for the disownment – which the paterfamilias doesn’t dispute – was and is racism. Neither of us knows the real story, but she could very well be remembering accurately and her father could very well be trying to protect his business by making up an excuse.

Some of you apparently have too much time on your hands.

So is it (in your opinion) too much to ask for any supporting evidence as to her claim? Or do you contend all verbal accusations of racism as sufficient without any burden of proof?

A couple of days ago a decision was made to exclude food policies and politics discussion from the forum because of the excessive moderation demands. Even though this thread is civil, I am now including racism, disability, religion, sexual orientation, discrimination, and food poisoning in the exclusion list. Thank you for your understanding. Please focus the discussion strictly on the business impact on the restaurant from the announcement.

House Rules: version 10/29/2015: You agree to abide by these rules when you use the site: Civility – ‘Is it kind/ helpful?’ Please support a civil and respectful environment and use the forum to share knowledge skills and interests. Please no - personal attacks, e.g. name calling, disparaging remarks harassment, e.g. stalking, bullying, verbal abuse, active and passive intimidation offensive language and co…