For the last several weeks, I watched as a nondescript-looking place with “Shish Ke Baba Turkish Grill” on the awning got built out on the historically difficult corner of 30th and San Jose. Today, at lunchtime, I was walking by and noticed they were finally open! So I went in for a peek, not expecting much.

The sight of 8 different types of lokum/Turkish delight, along with 5 different homemade pastries in the dessert case, quickly disabused me of the notion that this place wasn’t serious about Turkish food. Who would turn out to be manning the grill but Chef Vahit of Mangal Mediterranean and Eden’s in the Tenderloin! They’ve been open at this location about a week and a half.

They aren’t currently making some of the more unusual items from Eden’s like the liver kebap, so I went with the chicken schwarma wrap, which was as good as always. The homemade pistachio/honey pastry was also very good. This space is much roomier and more modern than the places in the Tenderloin, so maybe eventually they will be able to add some of the old items to the menu in addition to the usual old standby kebaps. 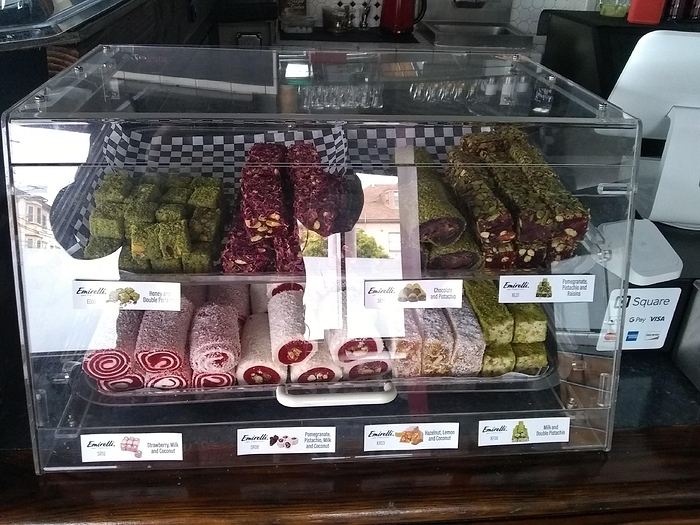 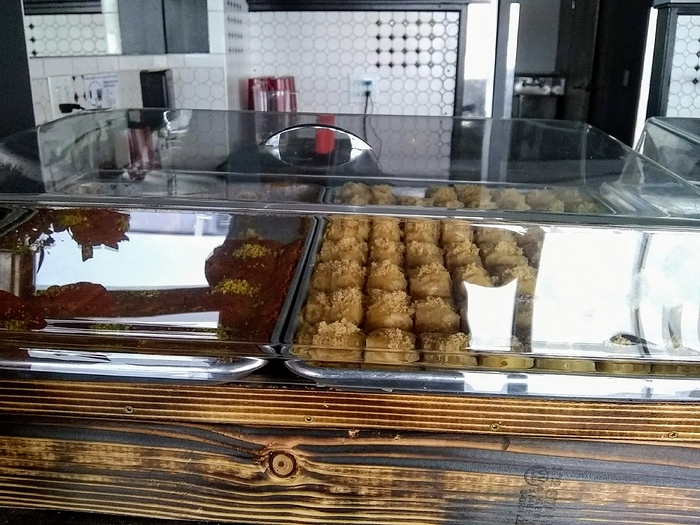 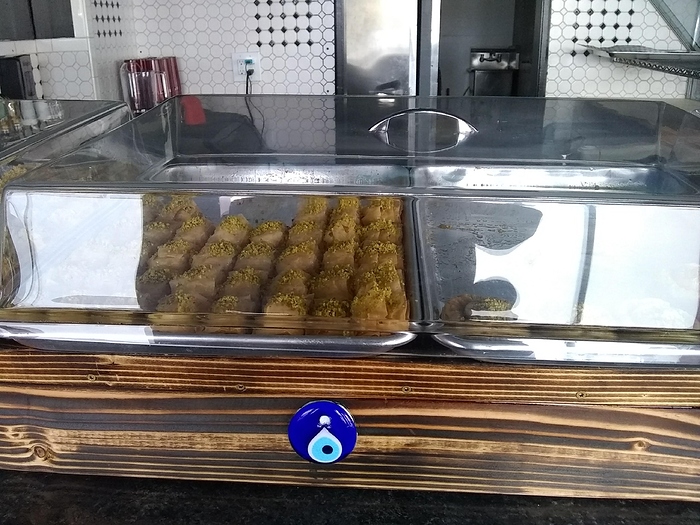 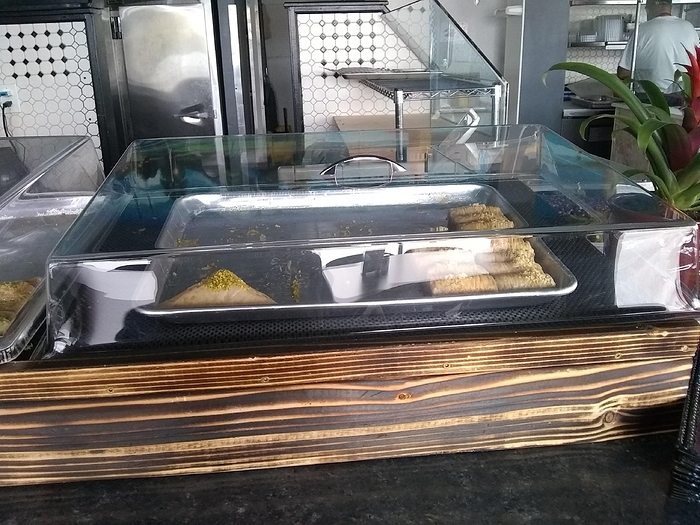 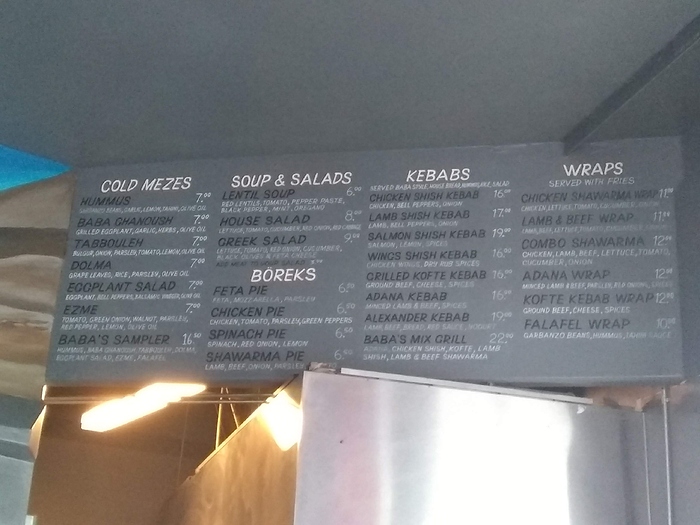 Hay fever limits my ability to give a detailed report, but I’ll say the lamb was tender, baba ghanoush smoky, boureks (one feta, one potato) were great despite being reheated, and they gave us complementary tea and desserts (house made pistachio baklava and the snail shaped roller baklava, both wonderful).

The servers are very friendly. Perhaps because it was a slow rainy day, the vertical shawarma spit wasn’t running. 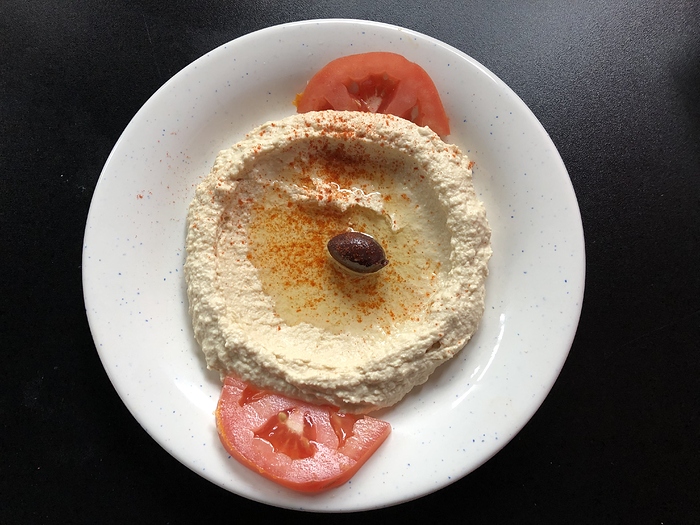 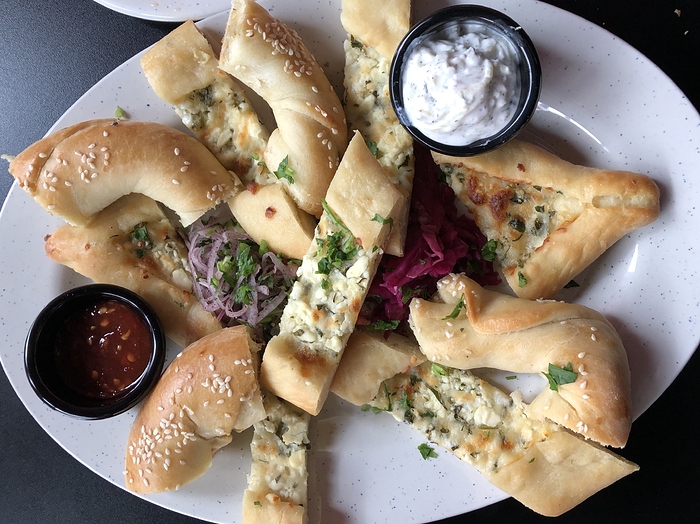 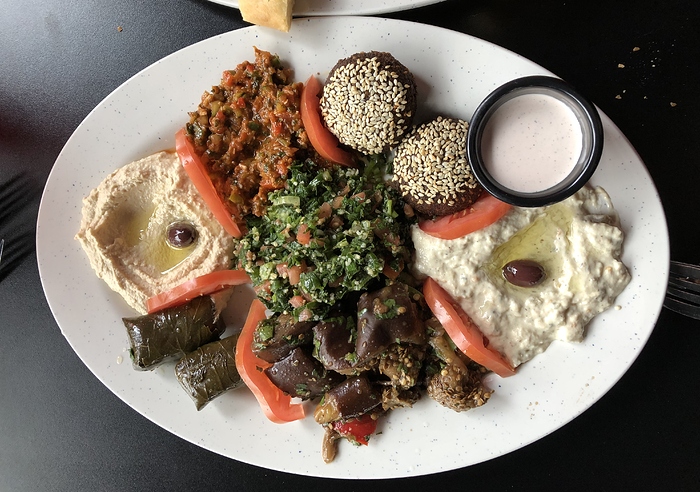 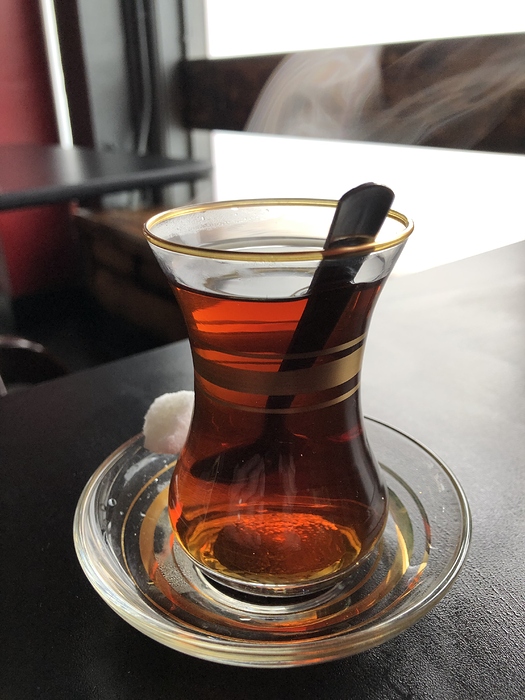 You probably were suffering. But your photos did not. Terrific shots!

Thanks! The light came from the frosted windows behind my dining companions across the table, and made photos of them horrible, but those food photos did come out good! I really liked how the kitchen composed the plates— bourek are usually just sliced and reassembled in their original formation.

A post was merged into an existing topic: Finally!! Real ME food (Lebanese) in SF @ Beit Rima!

Who would turn out to be manning the grill but Chef Vahit of Mangal Mediterranean and Eden’s in the Tenderloin! They’ve been open at this location about a week and a half.

Does any one know who’s still cooking at Mangal if its not Chef Vahit?