We tend to agree on many things, I have noticed.

Thanks for the thoughtful reply. (Try Pam Real when next in NYC.)

Thanks. I do spend a lot of time in Hell’s Kitchen when I am in NYC. I ate a couple of times at Pam Real several years ago, and thought the food fine, but then Pure Thai and Larb Ubol emerged and I started going there. I did not try the khao soi at Pam, though, and it’s now on my list.

Just a caution that the khao soi at Pam is a different style than the version at Uncle Boon’s.

It’s a thinner broth (vs the thicker, richer burmese version) with skinny egg noodles, and spicy in a different way (front vs back of mouth).

I stand cautioned. It will probably be September before I get a chance to try it.

Dakzen is good, but not destination worthy IMO.

Agree completely. It happens to be in my neighborhood, and I’m glad, but that’s where I leave it.

I could not disagree more with the nod to Tu Y Yo as best Mexican. I’ve eaten there about 5 times recently, unfortunately, as a group of friends decided to do a standing dinner there, and each time I’ve been wowed by how truly bad the food is. I had the worst excuse for mole slopped over a rubbery chicken breast that can be imagined. I don’t have a nominee to take its place, but I’d honestly rather eat a burrito from Anna’s any day. Am curious to hear others’ opinions and counter-suggestions. Oh, and the shocking shade of yellow they recently repainted walls and ceilings is just the icing on the not-very-good cake.

I agree that it’s quite bad. I last had their food in May 2018, and was disappointed again.

Edited to add: I haven’t eaten as much Mexican food in the Boston area as I probably should have, and I’d love to hear what others have to suggest. We ate at Olé a few times years ago, and vaguely liked it, but then felt it was declining and haven’t been back for a decade. I sampled the tacos at Taqueria El Amigo in Waltham several months ago on the strength of MC Slim JB’s eloquent tribute to Jonathan Gold – they were pretty good, but not mind-blowingly so. (We once spent six months in Santa Barbara, with several excursions to LA, and it’s hard not to compare here with there. Even worse, we’ll be in Mexico City next month and plan to eat tacos everywhere, interspersed with meals at Pujol and Quintonil. I don’t know how we’ll recover from that.)

Yep.We loved Tu y Yo some decades ago, when they were using the family recipes and making their own chiles chiptole adobo and their moles and protein sauces were great and the line was out the door.

We’ve been twice in the last 5 years, stupidly going for a second opportunity to get bad food and surly service and near empty dining room. Won’t happen again. The next to the last to the next to the last time, maybe 10 years ago, a server told us that they got negative feedback on the family recipes and so toned down everything. “Americans don’t like chiles” we were told.

Like many other people, I’ll say there isn’t good Mexican in Boston. Tenoch was good at the beginning in a wonderful way, but last coupe of times we tried it seemed to us they were grying to do “what Americans like.”

No reason to go there, in my opinion, and I’ll never go back.

Almost started a thread about Michael’s a while back but it seems like most folks here prefer reconstructed hipster deli and might balk at a cash-only place.

If the spirit moves you and you are a fan of Michael’s Deli, please do start a thread. That’s how we find the places worth frequenting.

Old-school and/or cash-only are part of an establishment’s distinctiveness, yes?

I could not disagree more with the nod to Tu Y Yo as best Mexican.

Here’s another ho who won’t bother with Tu y Yo. Bland, underseasoned food that leaves me really disappointed. As far as good Mexican goes, has anyone been to Angela’s in Eastie recently? It’s been a long time and I do need to go back, but I did enjoy my meals there a couple years back. I’ve also enjoyed the meals I’ve had at Amuleto in Waltham on a few visits.

Like many other people, I’ll say there isn’t good Mexican in Boston.

yep. Tacqueria el Amigo in Waltham is pretty much the only area joint that I think is is even half decent. I find Tenoch completely mediocre.

It’s a good thing I went to LA twice this year and have a trip to Houston coming up so I could eat some decent tacos.

My thoughts on Tenoch are that the sandwiches taste good, because what concoction between bread wouldn’t taste good if you grilled it with tons of oil and filled it with oozing salty cheese and meats? But, I don’t often want a 2000 calorie meal and the flavors aren’t distinctively Mexican to me.

How about Angela’s Cafe in East Boston?

i actually have never been there. would try!

The Fox and the Knife is one of the best restaurants Ive been to in a very long time. Delicious, thoughtful food.

I’ve never been to Fox and Knife - but looks like it needs to move up the list.

Also ranked as one of the 16 Best New Restaurants in the Country by Easter.com . . . .

Fox and the Knife

What: A bustling enoteca in South Boston that draws inspiration from Italy’s Emilia-Romagna region.

Why: Boston is awash in red sauce joints, especially in its traditionally Italian-American North End neighborhood, but regionally specific Italian restaurants are far rarer. So James Beard Award winner Karen Akunowicz cut her own path with her solo debut, a lovely ode to Emilia-Romagna.

Fox and the Knife pays special attention to Modena, where Akunowicz took a year to study pasta making, including with her must-order tigelle — distinctively patterned, disc-shaped bread that is almost like an English muffin, served warm with butter. Instead of buying an electric tigelle maker, Akunowicz makes seven at a time on a tigelle iron she brought back from Italy a decade ago. The effort is worth it: Nearly every table opts for an order. For her pasta menu, Akunowicz roams further afield, offering a beautifully light tagliatelle Bolognese and an earthy parsnip tortelli — a pasta shape common in Emilia-Romagna — with Gorgonzola cheese, which originates just northwest of the region in Milan. Loud, busy, and fun, Fox and the Knife feels like a party. Boston didn’t know it needed another Italian restaurant, but it’s so lucky it got this one. 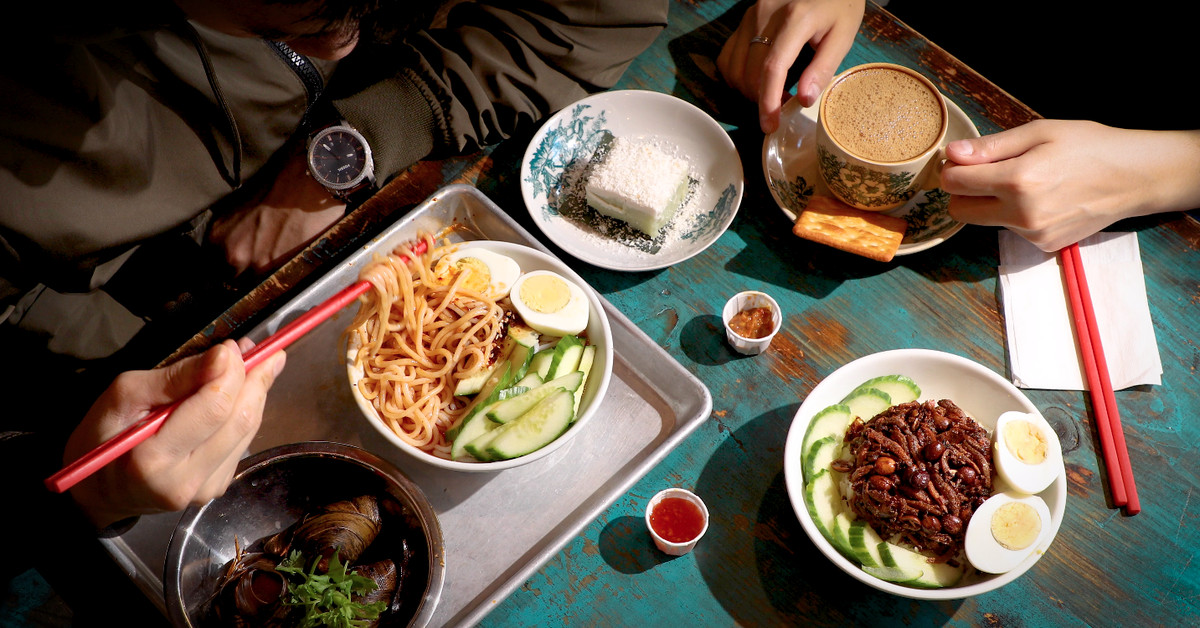 The 16 Best New Restaurants in America

This is my kinda doughnut shop. Do a few things really well. Oh and the cider one is great too…ate that walking out.

Blackbird is the one local donut specialty shop I have no hit yet. I love Kane’s and Union Square, and there are certain flavors I think one does better than the other, but overall I prefer Union Squares donut texture slightly more to Kane’s. Have you tried the others? How would you compare Blackbird to them?