Count me as not excited for Tiger Mama. I feel as if these Faison restaurants are more about leveraging her notoriety than anything else. Good for her for building out a small empire, but all I care about is good food. Sweet Cheeks never had good BBQ. Their biscuits, fried chicken and PR are great, but the BBQ? Nope, and it is supposedly a BBQ place.

I hope I am wrong about Tiger Mama, but I didn’t like the food when Faison was at Rocca either. To me she gives better sound bites than food bites. For now I’ll hit up Hojoko if I need an Asian option in that neighborhood.

If you think Sweet Cheeks never had good BBQ, you either don’t know good BBQ or your sample size was too small. It’s not like they’re 100% consistent but I’ve had brisket and pork belly there that are, by any standards, really well prepared.

I don’t care for the fried chicken, it’s too brine-heavy and wet.

If you think Sweet Cheeks never had good BBQ, you either don’t know good BBQ

Ugh. Saying what one does or does not know is pretty silly, and more suited for another forum. We can certainly agree that we have different tastes in BBQ. I have been to Sweet Cheeks on several occasions and don’t intend to build on that sample size. Here is my observation of the some of the BBQ meats I have had:

Brisket: Poor consistency and texture, too much fat, meat there was lacking flavor, no crisp edges. Seemed to be poor quality raw ingredients. Probably cooked too quickly. I prefer the brisket at Lester’s and BT’s.
Ribs: Way overcooked and falling off the bone, quite fatty, no smoke flavor. I’ll enjoy the ribs from Blackstrap.
Pork Belly: too lean, dry and salty.

On top of this I find Sweet Cheeks to be overpriced. YMMV…enjoy.

According to Eater, West Bridge is closing at the end of the month and will be replaced by “a Jewish deli from the Hungry Mother and State Park team”.

Plus 1 on Sweet Cheeks being overpriced ( yeah, I know their rent must be crazy, but still ).

The night we were there a couple of Big Cheek trays, biscuits and two drinks the bill before tip was around 75usd.

Last time I was at B.T. (last week) the bill was about the same and I got a pint of pork, a pint of brisket, rack of spares, 8 wings, cole slaw, baked beans, mac and cheese, and cornbread.

Fed four of us for several days.

Way to cut off my either/or statement halfway through

not totally convinced by this menu/concept myself, but fwiw Tiger Mama opens tomorrow and Eater has the menu:

Tiger Mama? Sounds like they named the restaurant after the phenomenon Amy Chua pointed out in her book.

Anyone know the scoop on Panelli’s in Brookline? It was open the week before Thanksgiving. Stopped by Sunday and they were closed, and they’ve been closed every time I’ve driven by this week. Called but there’s no answer, and no outgoing message regarding vacation or why they might be closed.

Look what I found! So, they seem to be a wholesale operation that is planning a retail space at their bakery. It would be interesting to learn where we are eating their breads in restaurants. I want to know if I should be excited.

There’s so little info on this website though that my curiousity has only deepened. From my reading of the website, it’s not clear that there is actually bread out there yet…

Shanghai Fresh (Central Sq Cambridge, old Picante space) is scheduled to open on Xmas 2015, according to the Shanghai Gate chef who will be working there

Tenoch Davis Square is opening on the 17th.

Ames Plow Tavern in Faneuil Hall will close at the end of the year.

West Bridge in Kendall’s Square will close at the end of the month. Mamaleh’s Deli (from the Hungry Mother people) will open in the same space.

Not sure if this was mentioned, but Clio is closing after the New Year’s Eve final meal. 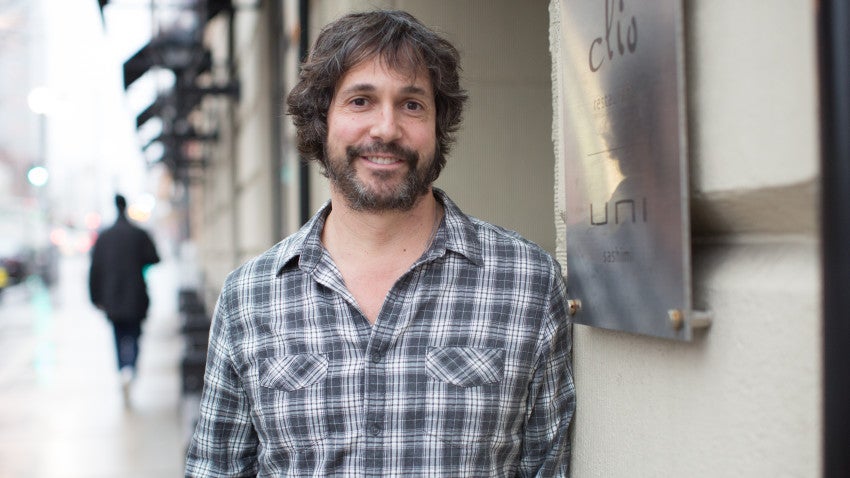 Ken Oringer opens up on why he’s shutting down the restaurant that made him...

‘I’ve devoted almost half my life to [Clio]. I had this restaurant long before I knew my wife or had my kids.’

Interesting that Ken O gives a nod to West Bridge as one of his favorite restaurants in Boston.

The Halal Guys from NYC are opening up shops here.
Merill is closing.

Wing Maru is now open in Allston, on Brighton Av next to Dolphin. They are a takeout place selling Korean fried chicken wings.