‘Aboghanem’s menu blends the cuisine of its owner’s heritage with modern Middle Eastern cuisine, North African dishes and Cal-Arabic combinations.’ More limited menu vs the SF location it was said.

Their menu page is broken. Do you know if they have lunch specials?

Answering my own question: I stopped by today, and they only have the full menu, all day. Prices were in the $12-17 range, and the room is airy and warm.

Agrodolce the Sicilian is open on Shattuck by the Trattoria La Siciliana people.

Technically Emeryville, rotten city pizza has opened a beer garden and they have an upstairs area with a pool table and board games. And of course, fantastic thin crust pizza. In their spinach pizza, the oil from the cheese and probably some additional olive oil bring out the flavor of the spinach, almost as if it sautéed. 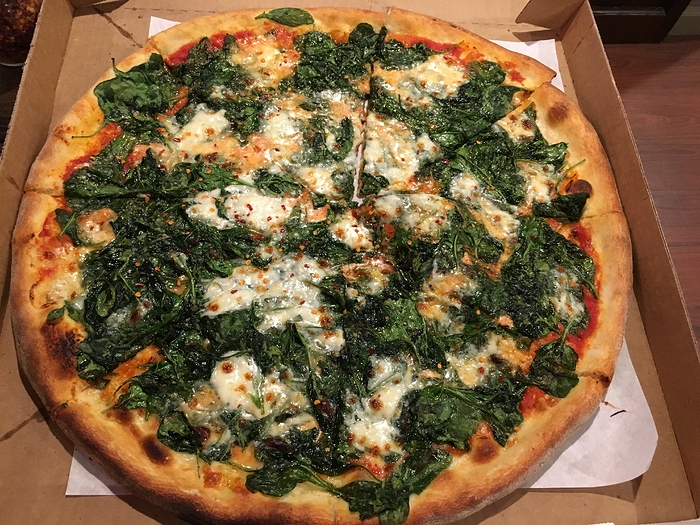 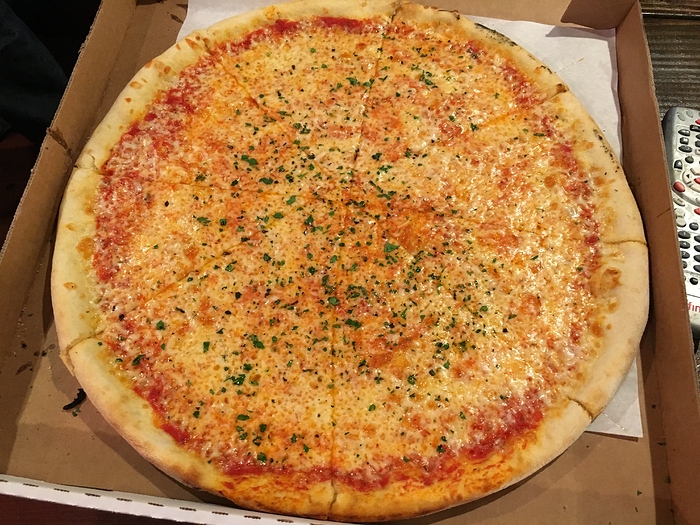 Thanks for the reminder about Rotten City. I hadn’t been there in a while, and had a couple of slices today. They were good, but just a little under $10 for the two.

Rotten City has a Facebook page that I follow. They haven’t posted much recently, but I remember one day a few years ago they announced their special for the day: duck confit pizza. I think I was there in ten minutes flat. It was fantastic.

Guess I haven’t been to downtown Berkeley in a while. When did Belli Osteria close? I really liked getting pre-theater dinner there. A sign on the door says a new pizza place is going in. Anyone know if it’s the same owners? And where’s a good place for pasta these days? Corso? Or? (We went to Comal, instead, which was fun, but I was in the mood for Italian.)

I went to Saha frequently in the first few years it opened, previously the chef was at a small cafe in SOMA which was also very good. 15 years ago my culinary world was just opening, so I am curious to return to see what kind of judgement I had back then. I suppose this is a cautious way of saying that it is worth checking out.

Rotten City is hands down my favorite pizza spot. We tend to eat slices at the counter, but I like the new beer garden. My only gripe is that the beer selection used to be better, but I don’t care that much – the pizza is that good.

Berkeleyside reports that Greek restaurant Pathos has closed and Thai restaurant Cha-Am is closing after November 6.

Pathos reports a “dispute” with their landlord, and might move to another location. I hope they find one–their food was right up there with Kokkari in the city (with prices to match, though). I think this leaves only Troy on Solano and another place on College as the only Greek restaurants in town. Simply Greek on Shattuck and Atheneion on University closed earlier this year.

The owners of Cha-Am decided to retire, and an Indian restaurant will move into their location. 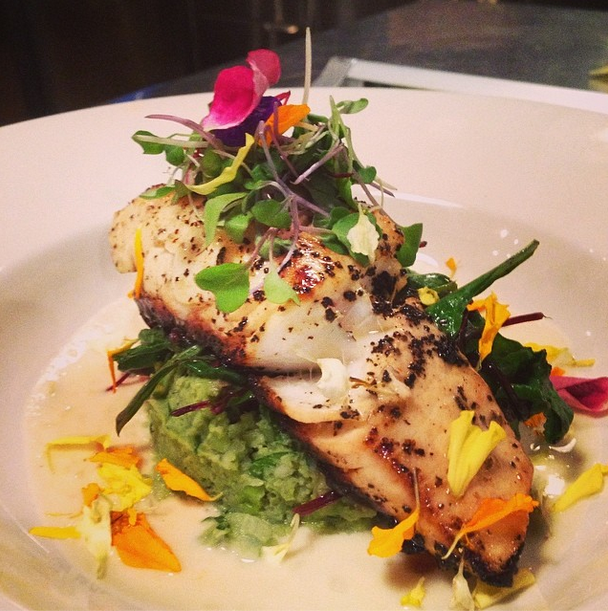 In this week's Bites, we've got news on two Berkeley restaurant closures, two businesses that are expanding, and much more.

Walked by today and it looks like Berkeley Social Club (located in the old Perdition space) is up and running. I couldn’t get good phones of the menu but it looks interesting. The food seems to have some Korean staples (Korean Fried Chicken, Kalbi, etc.) but it’s also fusion with korean-inspired tacos, pizza, and K.f.c. with waffles. The entrees were not too pricy (the most expensive thing on the menu looked like it was $19). They are open for breakfast, lunch and dinner. I think Perdition fans will be disappointed about the beer selection, as it seems that their collection is pretty limited (Lagunitas and the like). However, the menu I saw might not have been the full-beer menu as it was just posted on the window.

Berkeleyside has a lengthy report on new openings on Telegraph Ave., including the stretch that got damaged by fire a few years ago.

Cafe Rouge on Fourth St. will close on 12/30/2016. They report having problems attracting staff, and their chef is moving on to other things. Time for me to stock the freezer with their butcher shop’s bavette steak.

I’ve noticed a number of help-wanted signs in local restaurants recently. This doesn’t seem to be related to the minimum wage increase. Maybe here, as in the city, restaurant workers are priced out of living in the community.

Wait what? When I went there a while ago to buy Hoffman chicken, the place was hopping… 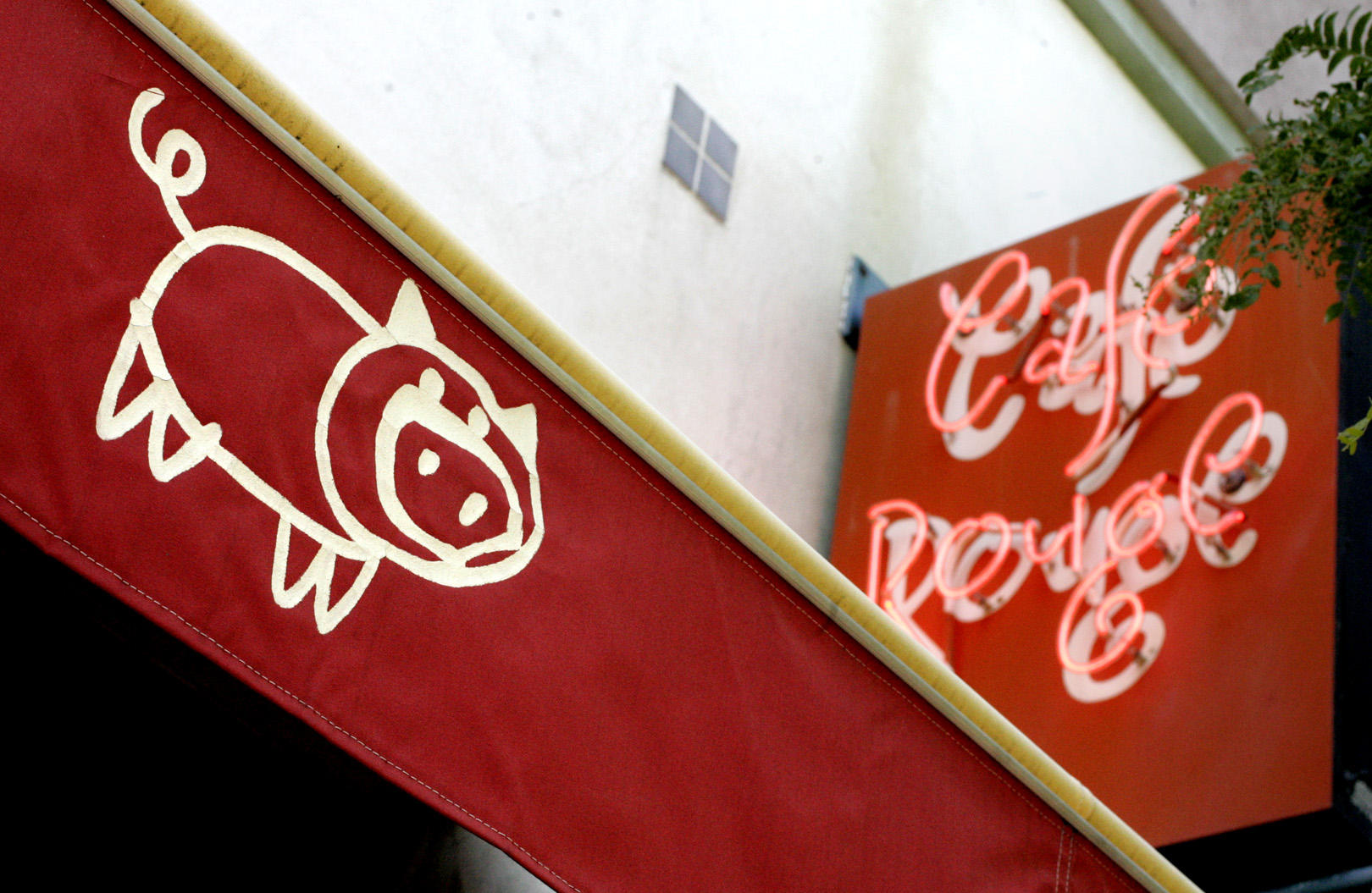 Cafe Rouge to close after 20 years in Berkeley

The last year hasn’t been kind to some of the Bay Area’s oldest restaurants. And with the latest news out of Berkeley, the trend doesn’t seem to be slowing down. Cafe Rouge, a pio…

No! One of my favorite places for lunch. I will miss it.

A friend talked to the chef yesterday. The replacement is supposed to be a “fast-casual”–order at the counter and a runner brings the food, like at the Mexican place next door. It isn’t clear whether the bar will survive. It’s one of the friendliest around. Also unclear is whether the butcher shop will continue.