I have to say I can’t keep track of all the restaurants with animal names these days- Funky Elephant, Bird and Buffalo, Chicken Meets Rice, Rooster something. They all seem the same…

Maker’s Common already closing according to Nosh. I haven’t been there, but perhaps its a little too upscale for the neighborhood? When I lived a block away more than 10 years ago, the shops on University Avenue were all pretty modest I recall.

It isn’t that upscale. I was there two weeks ago and the food was great, but the restaurant was empty for a Thursday evening. They had a smoked butternut squash mash that I am still dreaming about. We also had a duck cassoulet and fried chicken. I had such a good meal that I’ve been recommending that place to my friends, and everyone has come back to me with positive feedback. I’m sad to see them go, and I’ll make sure to go one more time before they close.

I had Pinkbox recently in Las Vegas. Except for aesthetics and gimmicks like cereal toppings, they were pretty standard doughnuts.

It’s an interesting read - I think a good amount of self-assessment. 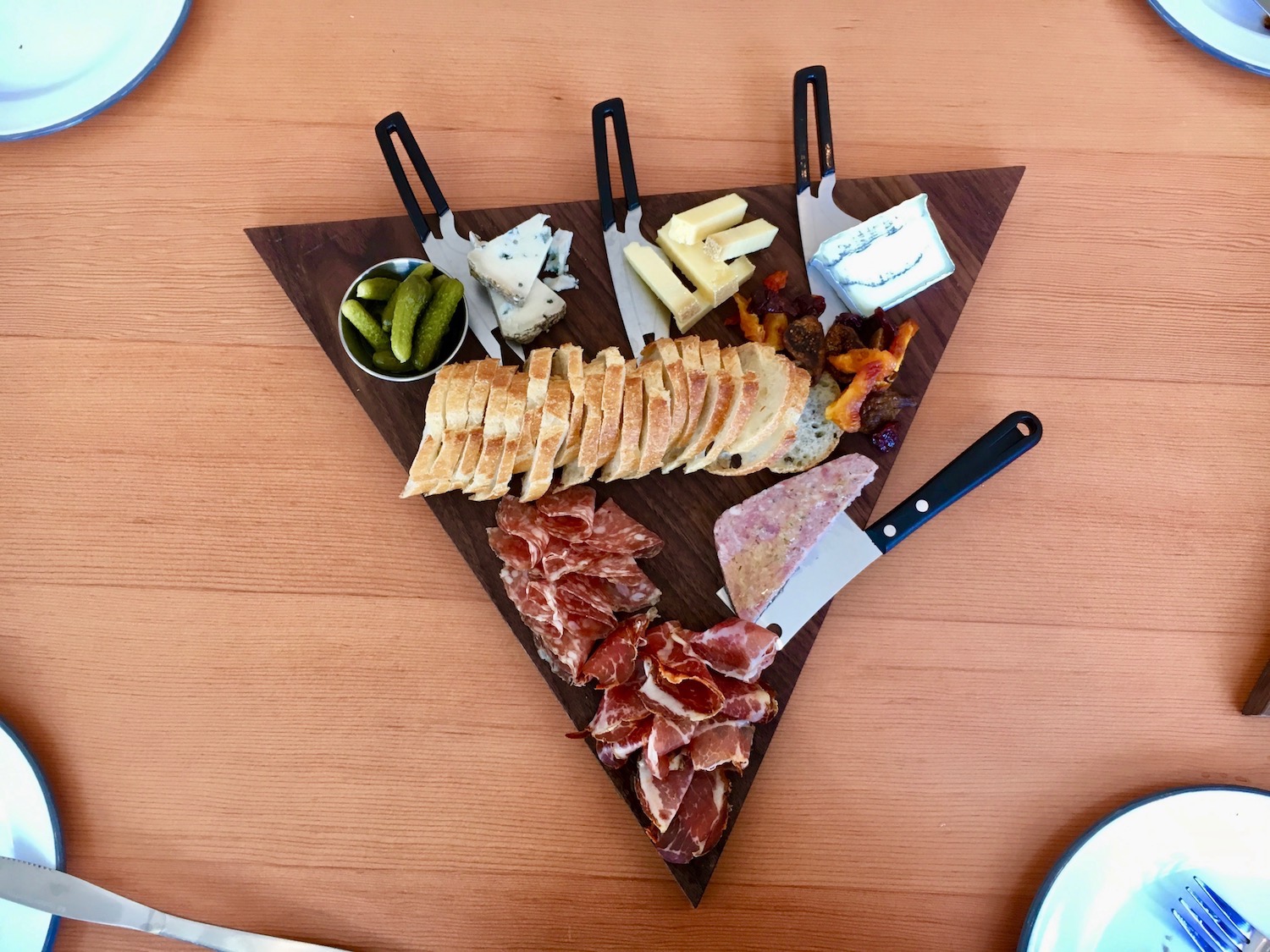 Maker's Common in Berkeley to close on March 4

The first investment-crowdfunded restaurant in California has run out of steam after just seven months in business.

Doesn’t really belong here but there is nowhere to put this, but maybe of interest to @geo12the- Caribbean place in Vallejo opening. 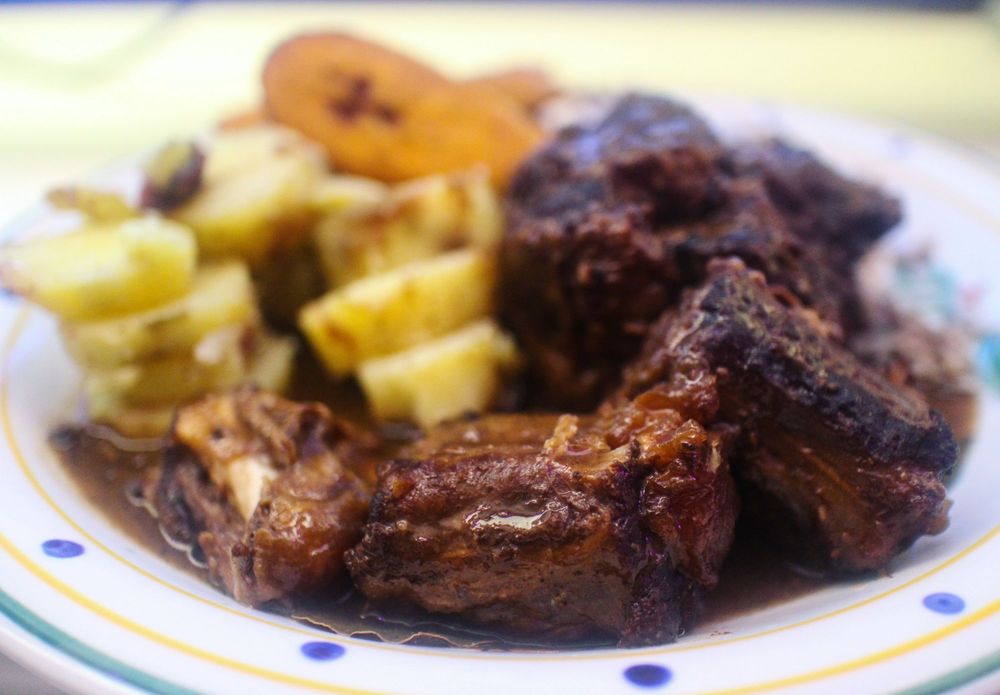 A post was split to a new topic: [Vallejo, CA] Ruthies Caribbean Kitchen

Also don’t know where to put and it has been open for a while, Peruvian empanadas in Emeryville: 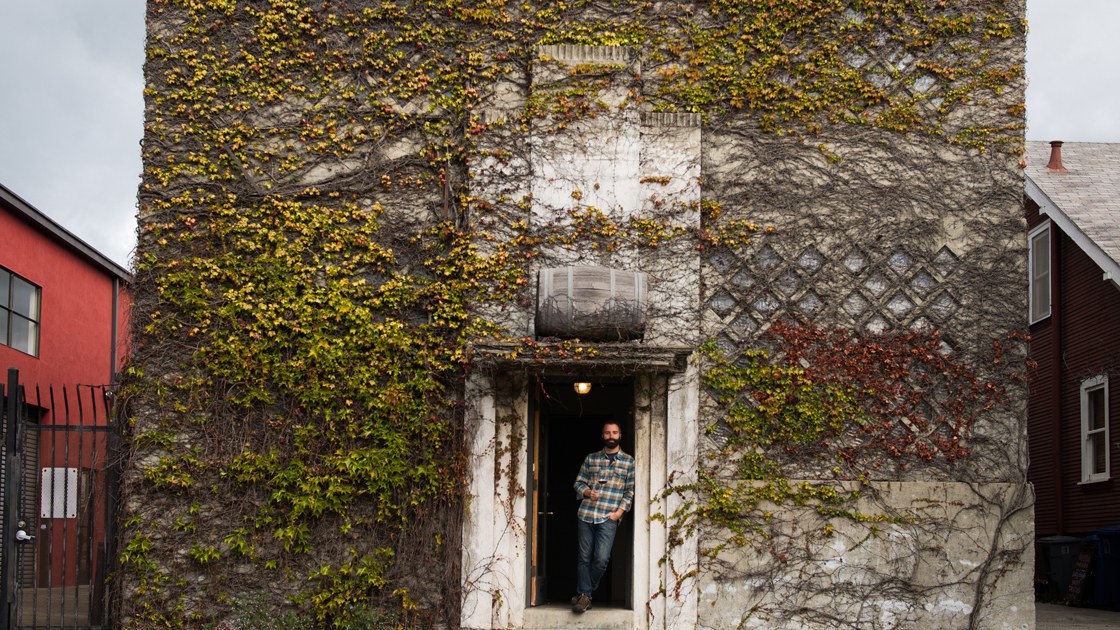 This Berkeley Street Has Become a Natural Wine Oasis

Looking for a Napa alternative? Spend the afternoon tasting everything from funky varietals to classic blends at these urban wineries in Berkeley. 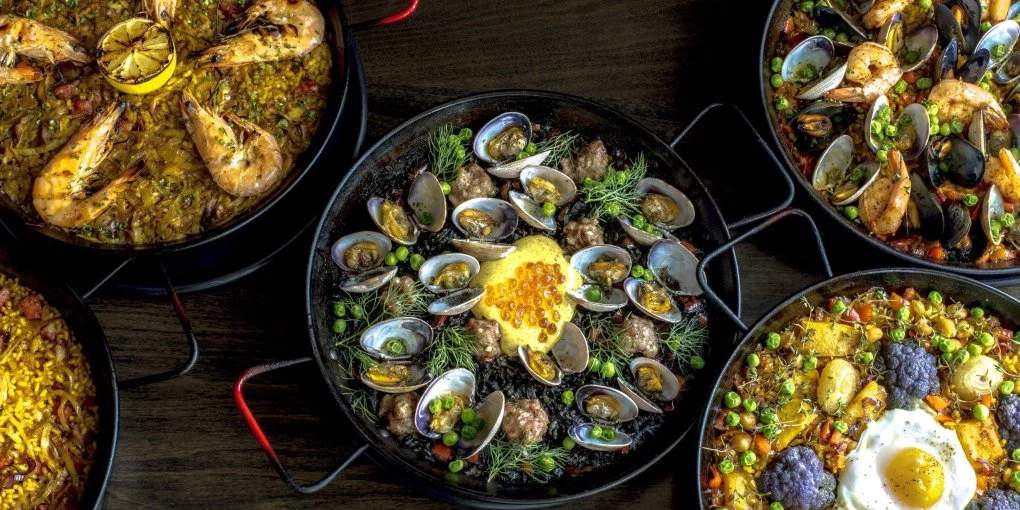 La Marcha, a Spanish tapas bar in Berkeley, is hosting Paella Feast, a community-style dinner on April 6 where guests can taste five kinds of paella for $30. (Photo courtesy of La Marcha)

With rustic interiors and welcoming atmosphere, La Marcha is a tapas bar in the heart of Berkeley that encapsulates the vibrant culinary culture of Spain. 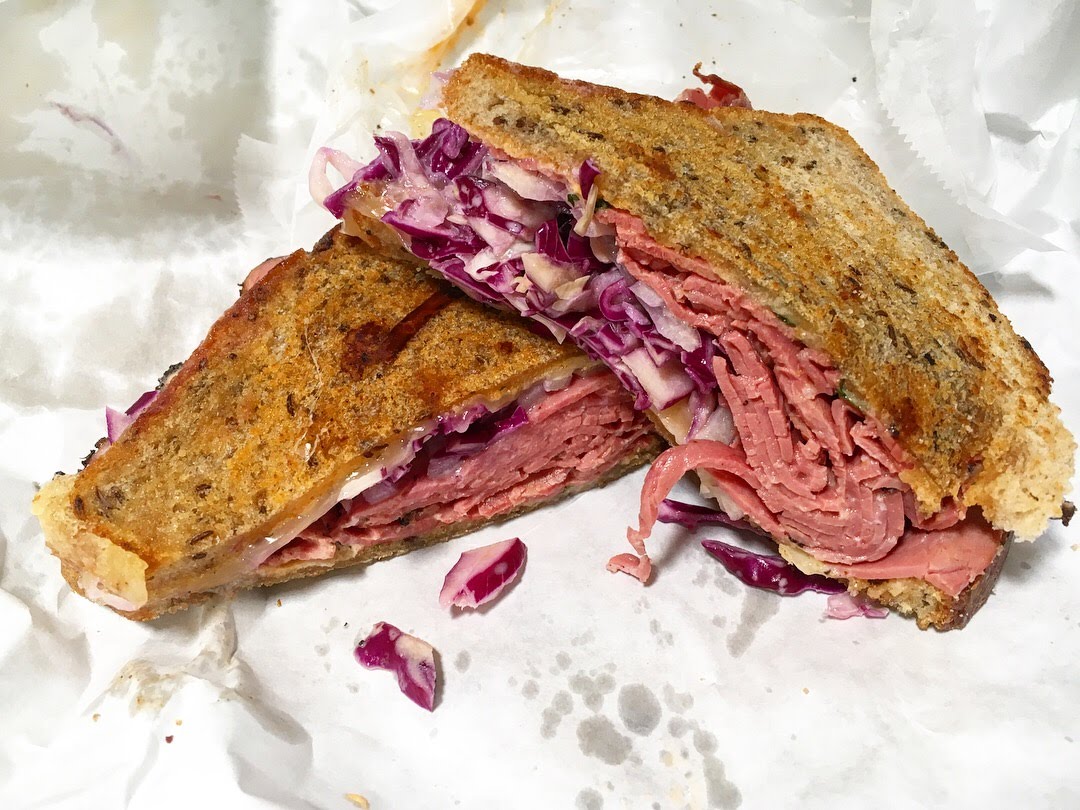 The East Bay restaurants that opened and closed in March

Sixteen restaurants opened this month, including three temporary pop-ups at Cal and new locations for some established eateries. 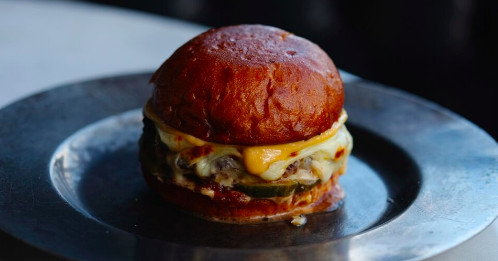 Cheeseburgers, oysters, and craft cocktails are dropping in mid-April

Some kind of restaurant is going into the old Toots Sweets site on Gilman. It’s been empty a while and before that the bakery had been pretty bad for a few years. (I used to like their bear claw, but that was a long time ago.) I’m curious to see what sort of a place this will be. There’s plenty of off-street parking.

Favorite brunch place Meal Ticket has closed, and will be replaced by KC BBQ. I’m going to miss the salmon and eggs, and those thick burgers, at Meal Ticket. KC BBQ closed after a fire last year. 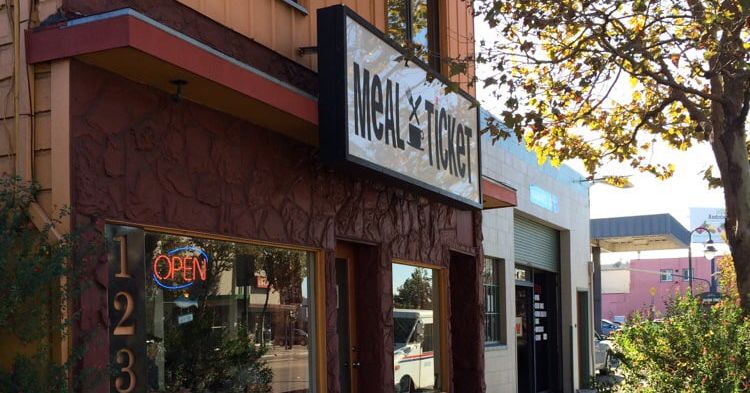 One longtime local business has sold to another 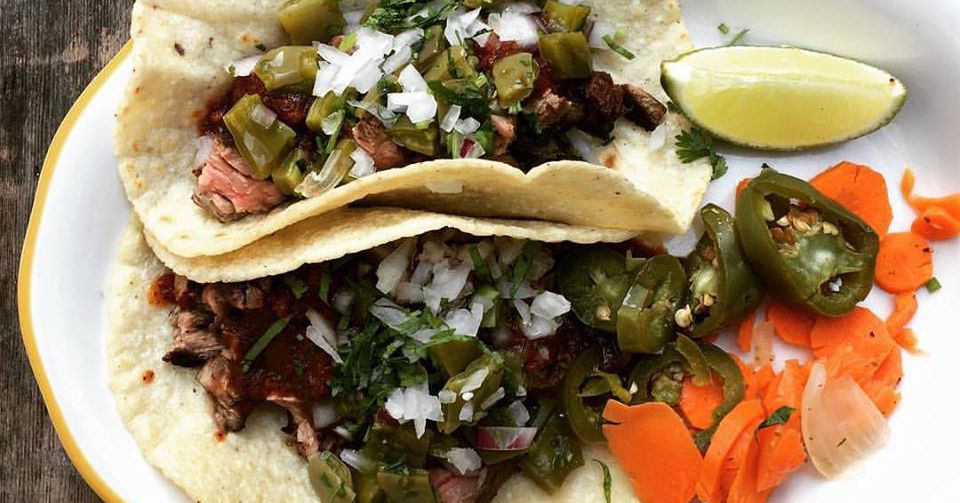 Peruse the Menu of Tacos and Tortas at Comal’s New Sidekick, Comal Next Door

A quick service sibling for the popular Berkeley restaurant

Your dinner tonight is about so much more than just what’s on the plate—though this panel is about to make that more interesting too. Jonathan Kauffman’s “Hippie Food: How Back-to-the-Landers, Longhairs, and Revolutionaries Changed the Way We Eat” shows how we moved (thank goodness) from 1950s TV dinners to eating seasonally, locally, and organically. Chef James Syhabout, proprietor and chef of Hawker Fare, Commis (the only Michelin-starred restaurant in Oakland), and other restaurants, helps home chefs learn from his life story and his classic training in “Hawker Fare: Stories & Recipes from a Refugee Chef’s Isan Thai & Lao Roots,” written with moderater John Birdsall. Laura McLively has turned her popular food blog into “The Berkeley Bowl Cookbook,” working magic with some of the market’s most intriguing and exotic ingredients, such as Pepino Melon Poke and Starfruit Almond Torte. (Just what do you do with a particular mushroom, a foreign root, a spiky fruit? You’ll find out.) Don’t miss this mouth-watering session.

To guarantee access to indoor programs, we recommend that you purchase a Priority Admission Ticket for only $10. Otherwise, you can purchase a General Admission Wristband for $15 for the whole weekend, with first-come, first-served admission after Priority Ticket holders are let in. 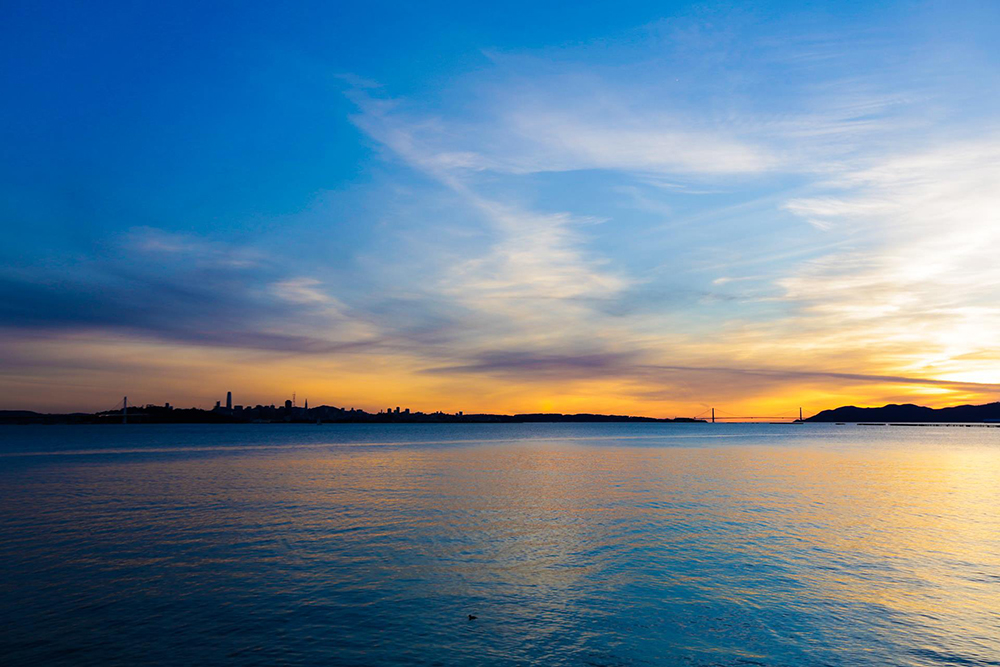 Berkeleyans went there for views and for banquets, but the restaurant by the bay will shut its doors soon. 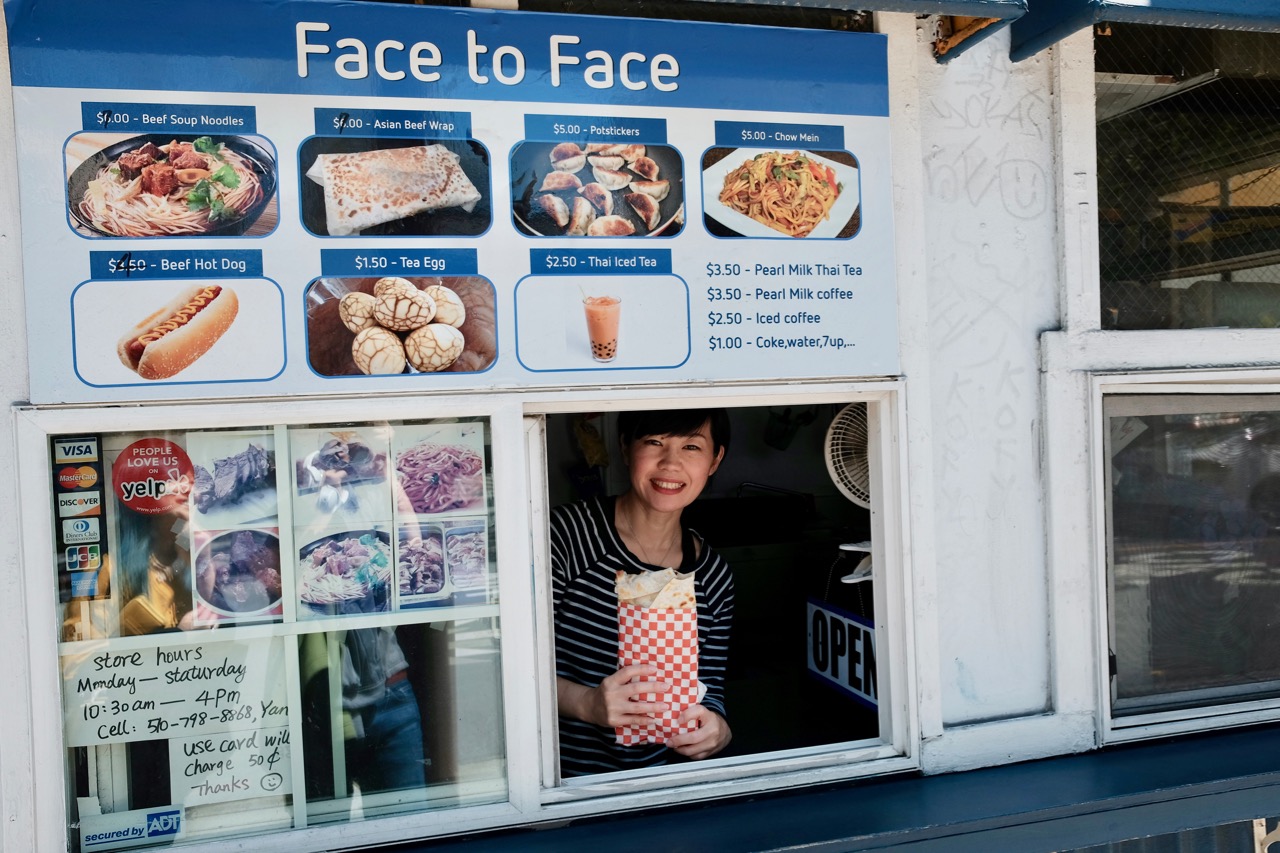 This tiny booth in Berkeley isn't a parking kiosk, it's a Chinese snack shack

A hot dog shack for years, Face to Face now serves Shandong and Taiwanese specialties with a California twist.

The pun is fitting, as Yu’s lunchtime to-go spot is known for its beef noodle soup. Using a recipe passed down to Yu from her grandfather, the dish is a mixture of Shandong and Taiwanese styles, with tender chunks of braised beef and thick wheat noodles in a rich, spicy and flavorful broth topped with chili oil. Aside from the beef noodle soup, other offerings include potstickers, tea eggs and chow mein. Many of Yu’s customers are international students from China or Taiwan, looking for their hometown street snacks in Berkeley.

Prior to opening the shop in 2014, Yan Yu, who had first moved to Oakland from Shandong, China, in 2006, had been looking to start a small and independent business that wouldn’t infringe on her time and ability to care for her kids. 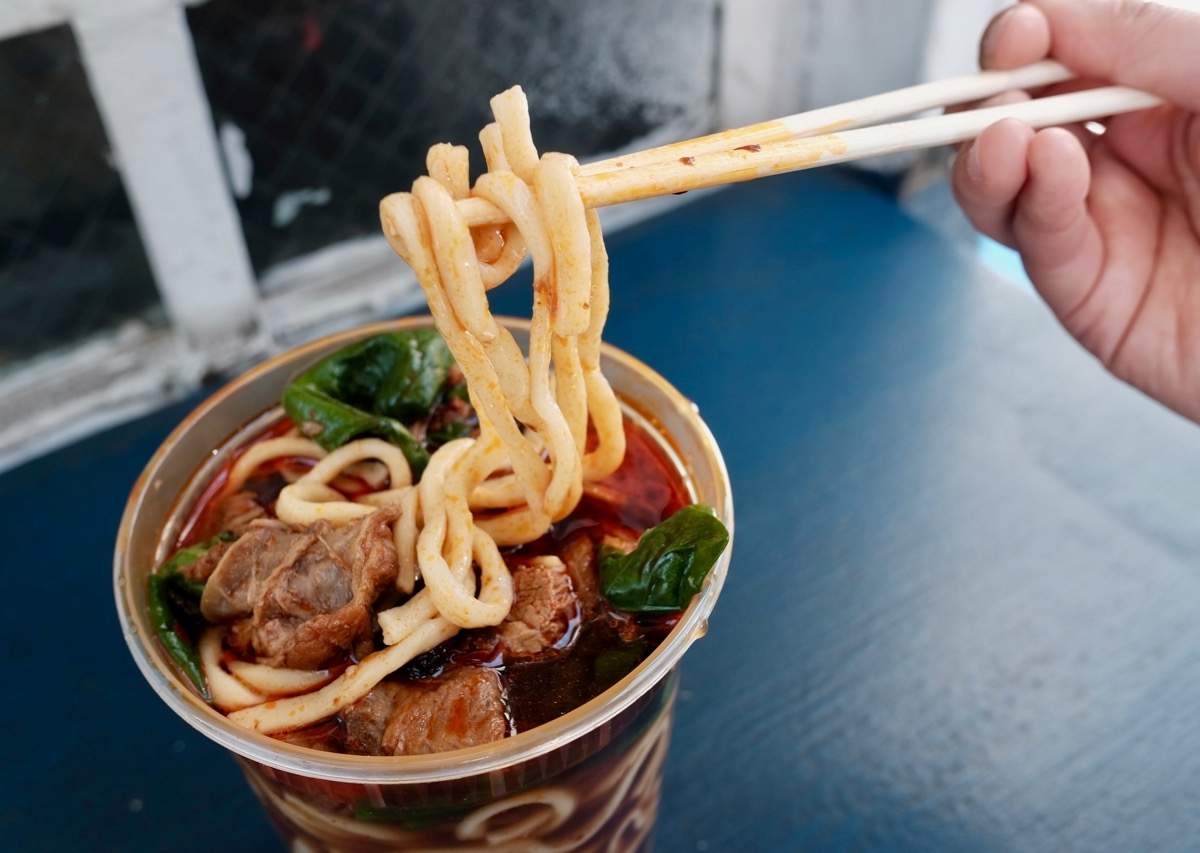 Main Street Pizza, at the top of Solano, has closed and will be replaced by a branch of Venus Cafe. The same parent company owned Main Street.

On San Pablo near Monterey in Albany, the Lanesplitter site will become a French patisserie.
http://www.patisserierotha.com/gallery/

Ernie - I think you mean San Pablo near Monroe, in Albany?

Yes, that’s the place. Marin is a short distance to the north.