Drinks Discussions Other Alcoholic and Non-alcoholic Drinks
honkman December 7, 2021, 7:11am #641

Surprised light sour with medium sourness and a good balance from the light sweetness of the raspberries and some tartness of the cranberries. Easily drinkable but would be much better if it would taste so watered down. 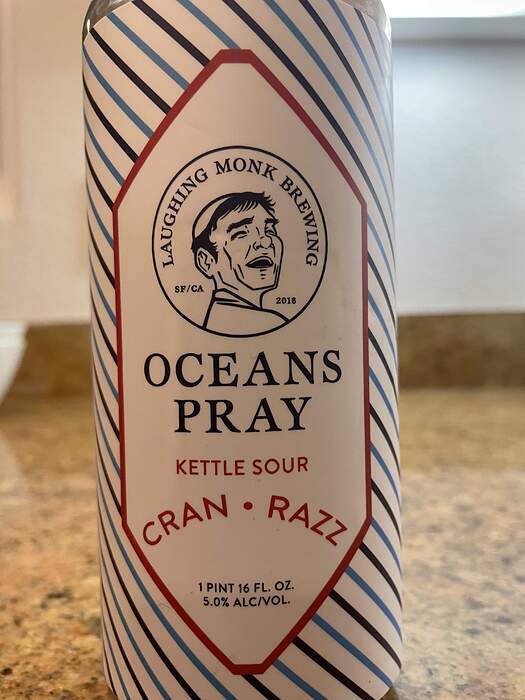 Quite tart/sour grisette with some lemon, spice in the background. Very one dimensional with tartness (close to some vinegars) as the key flavor but little else. 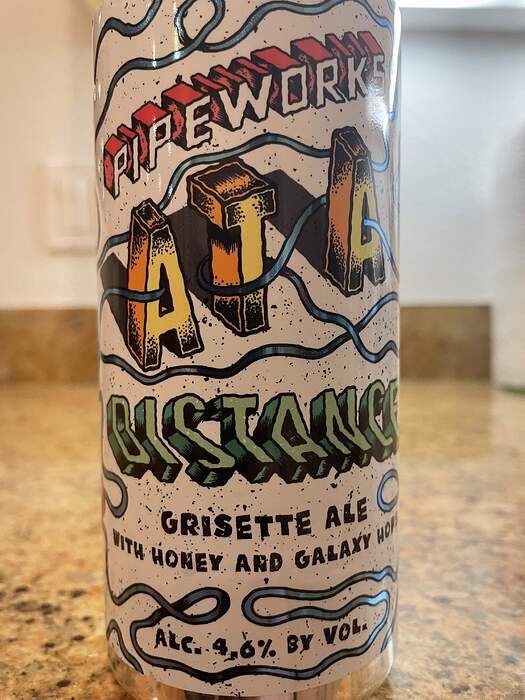 This sour tries to find a balance between the fruit flavor of the lime and the tartness of the sour but could really use a bit more lime to be more refreshing. Surprisingly high salinity in the finish which actually helps to round out the beer. Overall not bad, not great. 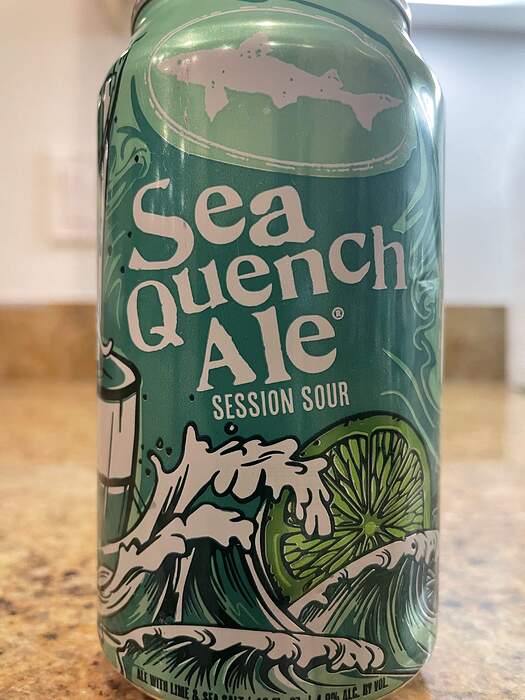 Relatively typical, middle of the road white ale/wit beer with lemon zest notes, bready malt, grassy wheat and some spices on the finish. Not bad but also not something which stands out in any way to other white ales. 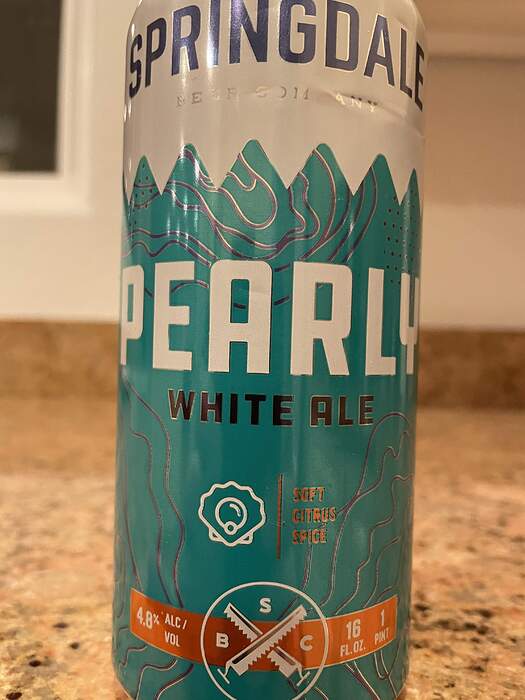 They already got BrewDog to get on the beer bandwagon. Brewdog brews “AldIPA” for them. The partner has tried a couple of times to get it but it has never been seen. They probably has only 2 cans in the store and the person who comes in first takes both.

IPA gone wrong is the nicest I can describe this style. Very fizzy. Yes, there’s some bitterness the aftertaste but it is rather unpleasant. An unfortunate beer. Probably my last “milkshake IPA”. Can’t seem to get into this style. Tastes so gross. 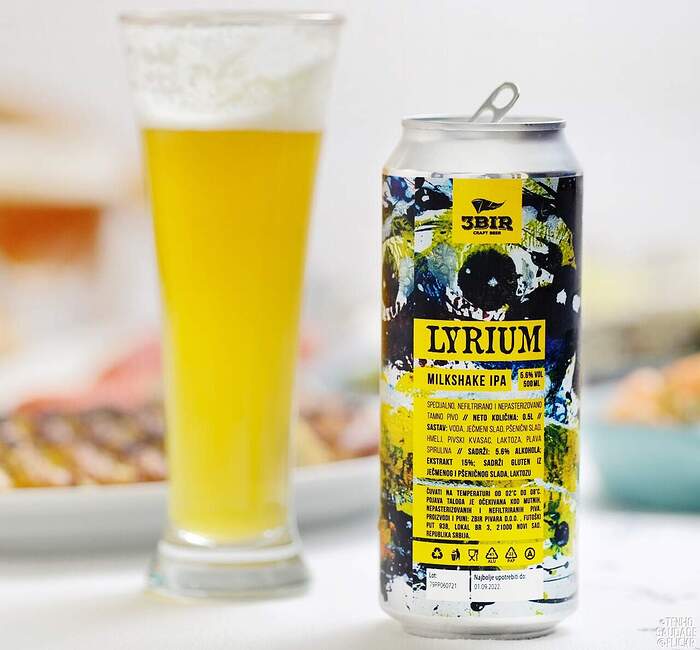 Finally, the supermarket near me stocks Orval again. For years this beer simply vanished from all supermarkets and bottle shops. Turned out most of it was sent to the US. The monks found out they would earn more selling it to Americans.

Orval beer is unlike most Trappist ales, the monastery brews only one beer, so no “dubbel”, “tripel”, “quaddrupel” and so on. Orval is yeasty and hoppy. Sharp bitterness. Stableyard smell reminds me of cider. Highly carbonated. The cap now has English on it. Goes to show the beer is meant for wide international export. 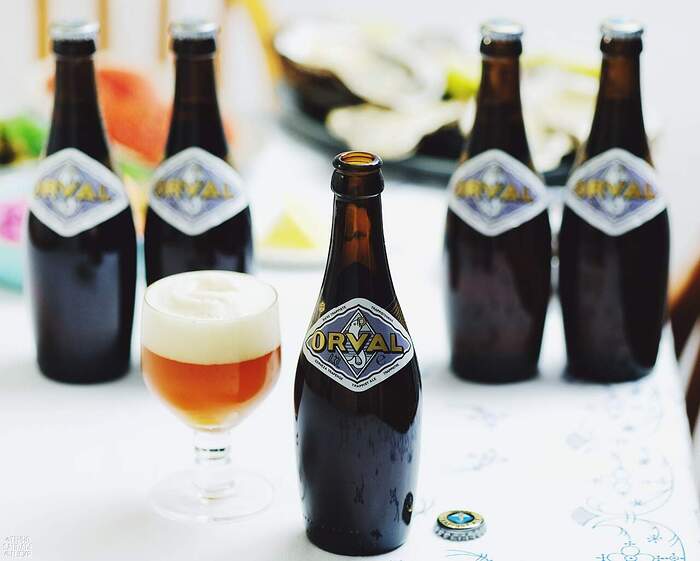 Another one from 3Bir brewery in Serbia.

9,6%, 65 IBU. Piney, taste of orange, sweet enough, medium bitter despite the more than average IBU. You feel the alcohol as soon as it hits the tongue. Very little smell of anything. From their own descriptions: “Centennial, Citra, Galaxy, Mosaic, Sabro, Chinook, Columbus, and a double dry hop”. Too bad it an unremarkable “triple IPA” when it comes to the taste. Also, I think it’s just me but “triple IPAs” tend to taste medicinal. 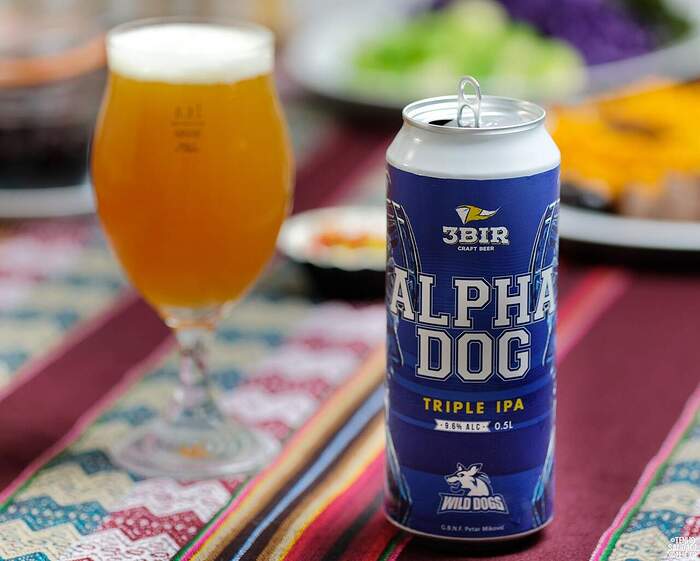 How was the milkshake IPA flavored ? Normally they tend to be fruited.

This sour ale worked surprisingly well with a typical POG flavor upfront, rounded up with vanilla and fluff and when you expect it just taste like juice you get a good counterpoint of sourness which has a nice long finish. Starts with citrus notes (orange, lemon, clementine) and gets then a strong dank taste with some herbal, piney, sometimes close to musty flavors. Flavor profile surprises for an hazy IPA but grows over time. 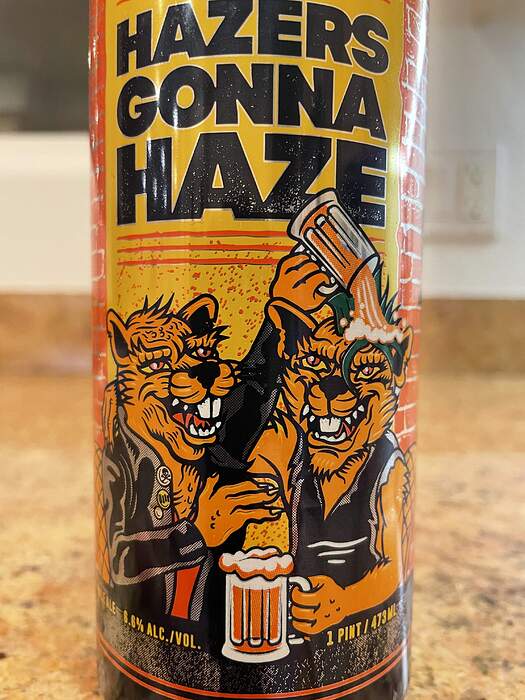 nteresting IPA which was much crisper than most with a very balanced flavor of fruit and dank throughout. Also malt notes were quite pronounced and a quite bitter finish. Unique and interesting profile. Juicier than Thou by Heretic Brewing Company (Fairfield, CA) - IPA

Expected juice-forward but less mango flavored than orange and honeydew taste with some restraint grassiness and piney to balance the sweetness. Relatively low bitterness at the end. Easily drinkable but also a bit one dimensional. 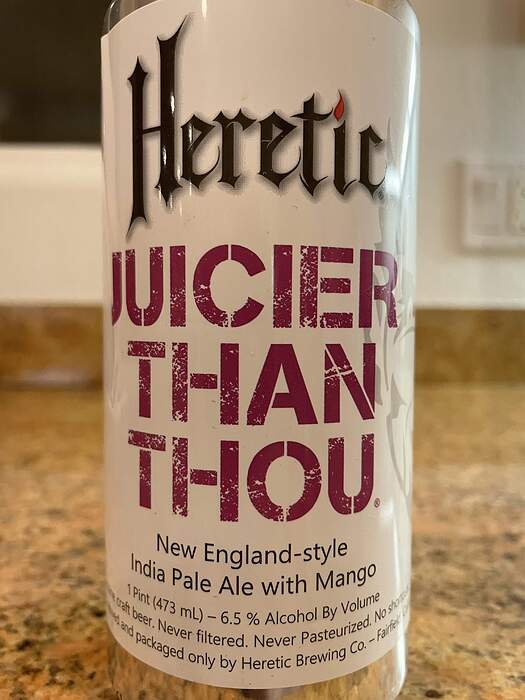 Artificially tasting passionfruit taste overwhelming sweet and cuts out most of the grassy notes of wheat beer. Good radler has a refreshing balance between bitterness and sweetness but this one is quite disappointing. 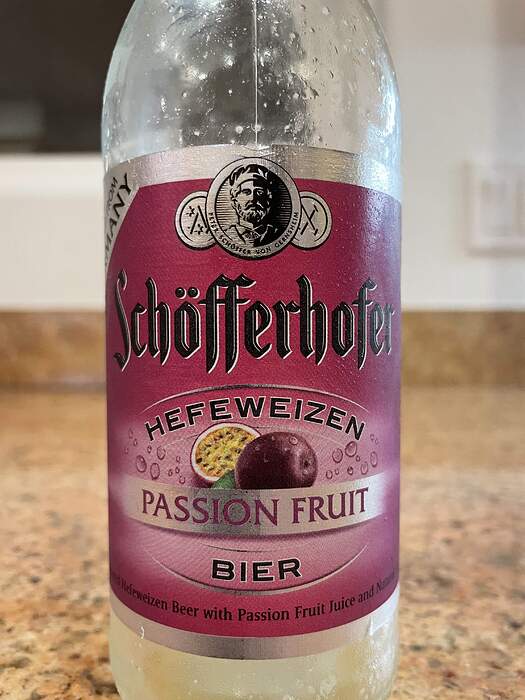 How was the milkshake IPA flavored ? Normally they tend to be fruited.

Strong lactose taste. Everything is unbalanced. No fruit mentioned anywhere. They used Sabro hop and vanilla.

7% A sour bomb with no depth to it. A bit of stable yard smell. Good thing I always open beer over the sink or counter. This one is a gusher, a geyser, actually. Half the can ends up in the kitchen sink making a big mess on the counter as well. To drink I had to use a straw to save my tooth enamel.

Drank it with my spicy dinner later as it was too sour to drink on its own.

I was discouraged to finish the whole glass so it was left on the table for a couple of hours. Tasted a bit better at room temperature, smelled better as well. However, the intense sour did not change. My head got warm and my tongue hurt. So sour.

It was consumed a couple of days before leaving for Madeira. 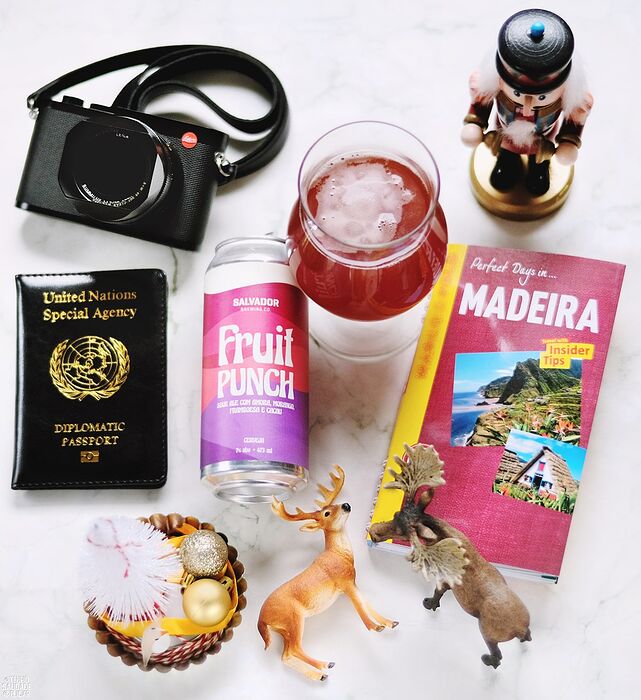 Coral is Madeira’s most common industrial beer. This “pilsner” is too malty. The pilsner I’m familiar with tends to be lighter in colour and refreshingly crisp. 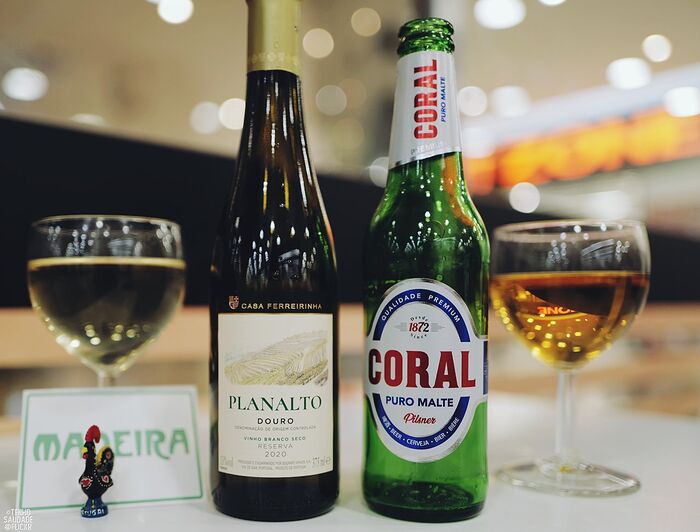 Nightmare for beer purist but Sudwerk tends to deliver with their fruited sours. In this case a good, tropical (guava, passionfruit, orange) upfront flavor countered by a good sourness in the back. Nicely drinkable. 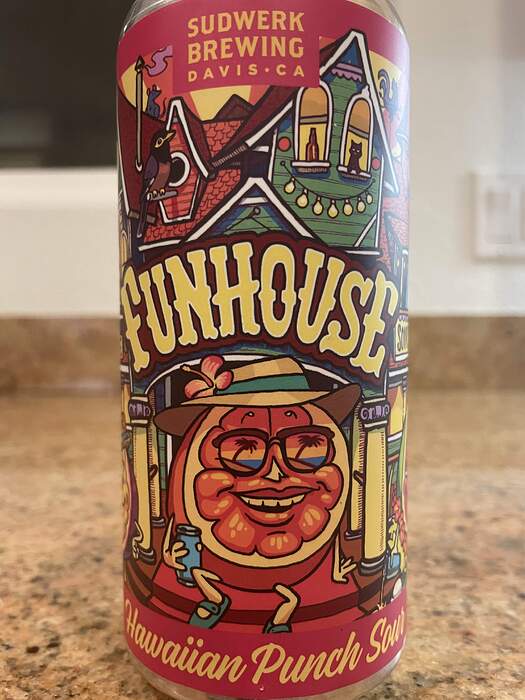 Notes of coffee, chocolate and caramel but very one dimensional and watery tasting. Also not a good mouthfeel. Overall very underwhelming like somebody took a already below average stout and add more water to it. 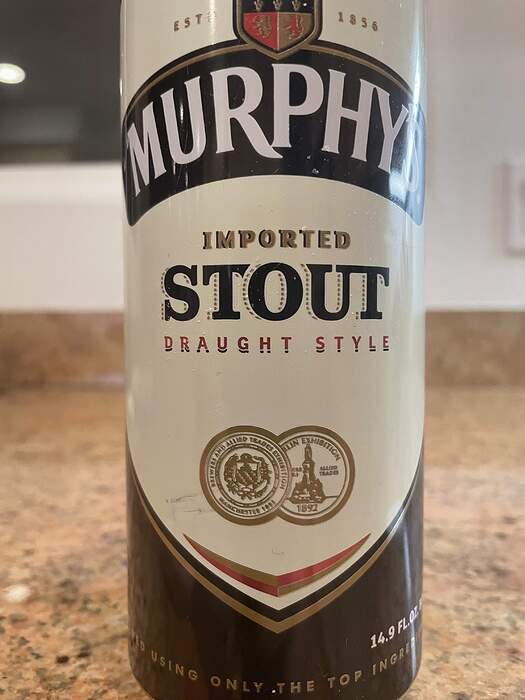 Is that the one where they change the hops and malts every year to give it a new/unique flavor ?

I think so. They said it’s the 37th edition of this beer.