Drinks Discussions Other Alcoholic and Non-alcoholic Drinks
honkman November 17, 2021, 5:08am #621

Some hops upfront with a long lasting lemon and lemon zest main flavor and some grassy notes in the background with a dry finish. Relatively simple XPA which somehow reminded me on some bolder lagers. 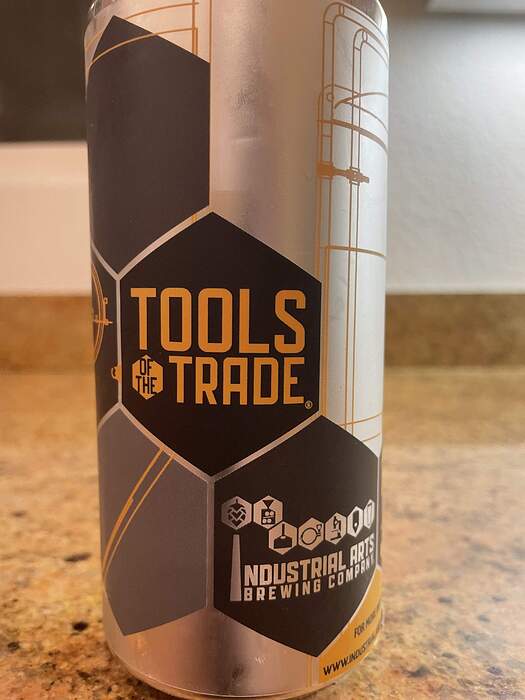 Well balanced sour with refreshing tartness where the guava adds only minimal sweetness but takes off some of the peaks of the tartness. Good summer beer and very refreshing. 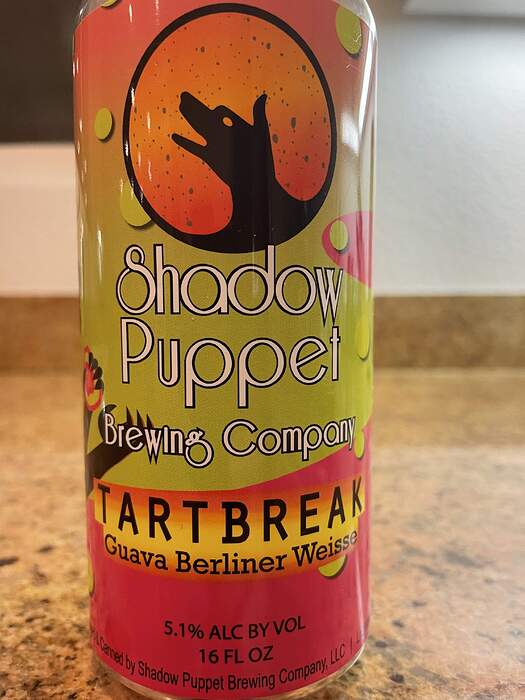 Sculpin is one of the better known west coast style IPA and this variation on a different yeast should give it a more hazy, juicy edge. The actual flavor is very close to the regular Sculpin with some hints of tropical flavors. Still an excellent IPA but not what I hoped for. 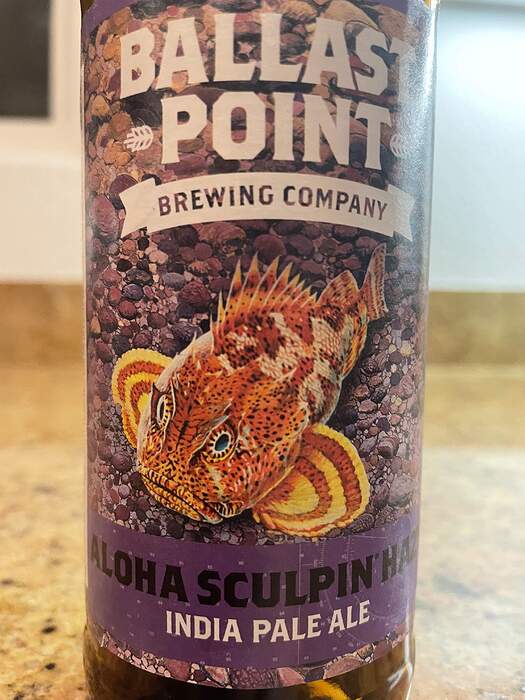 I’ve been drinking Croatian beer from this craft brewery, Pulfer.

Very fizzy. Dry, light-bodied, faint fruity hops. Not bad at all but there’s not much depth, one of the reasons I don’t care for “session” style. This brewery has other good and interesting offerings I have been enjoying. Still better than a lot of other “session” IPAs out there. 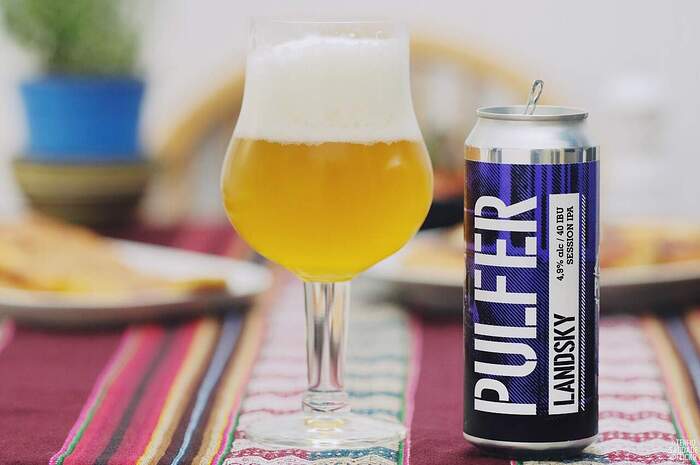 I’ve drank and liked almost all Flying Dog’s beers I could get my hands on, and this one is no different. Belgian yeast, orange peels, honey, a bit sweet, spicy, heavy IPA. Not exactly “Belgian” and not totally typically “IPA”, and I think that what makes this beer interesting. 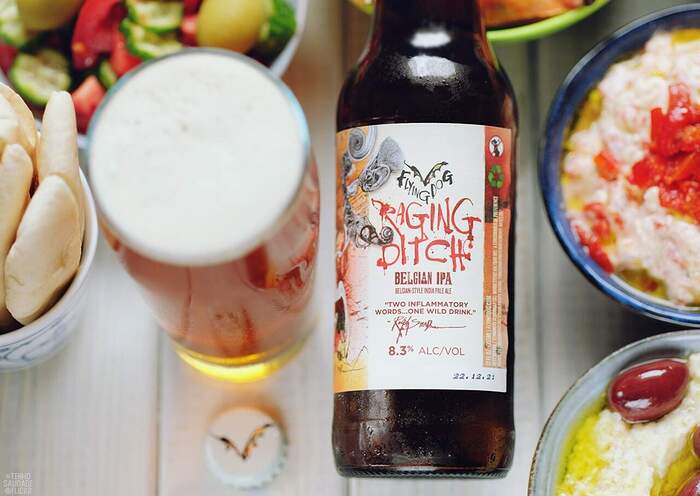 The backstory of this label 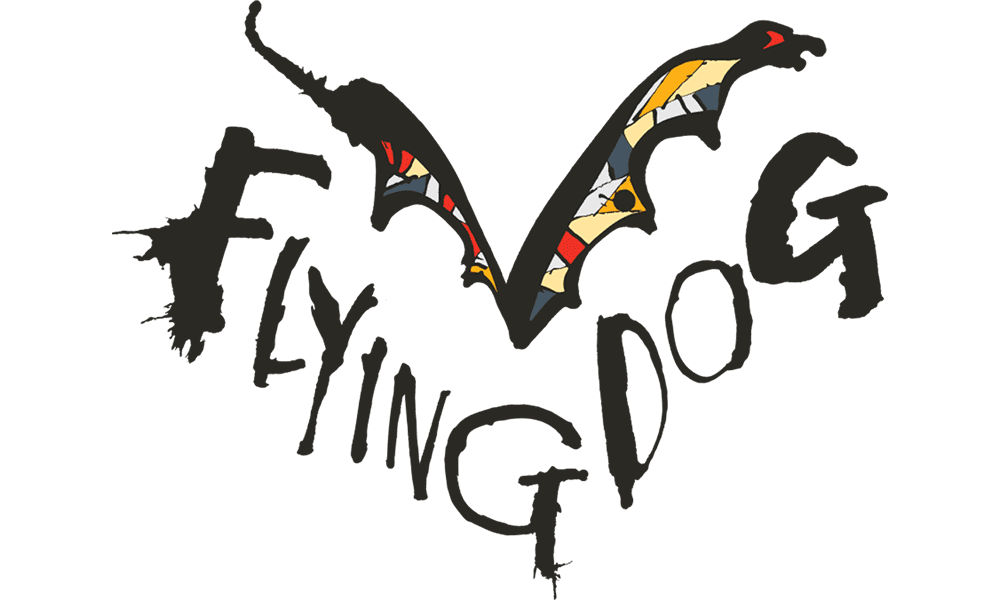 Late last week, a Federal Court ruled in favor of yours truly in a landmark case for freedom of speech, proving yet again that Good Beer, No Censorship prevails.  When Raging Bitch was released in 2009, the Michigan Liquor Control...

I’ve read there’s this one and only guy in the US who decides which beer labels get to be published/used. He didn’t approve of a Belgian tripel called “De Dulle Teve” (meaning “mad bitch” in a local dialect) by a popular brewery “De Dolle”, but the label had to be changed slightly to be able to export to the US.

On a recent trip to New Orleans, I ventured into a couple of sketchy stores in the Quarter to pick up some local, never-going-to-come-out-to-CA beers. Today I opened Faubourg Brewing’s limited-edition Dat’Suma, an IPA brewed with satsuma (7.2% ABV). Quite hoppy and a little bitter, but I could pick up the citrus hint from the satsuma.

Impressive how it stays in the glass sideways

Where do you find it in the Boston area?

Boston is always cold and so it is already frozen 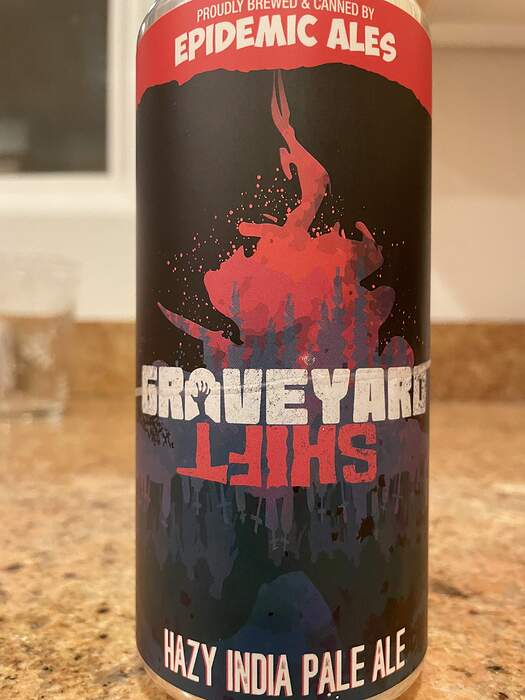 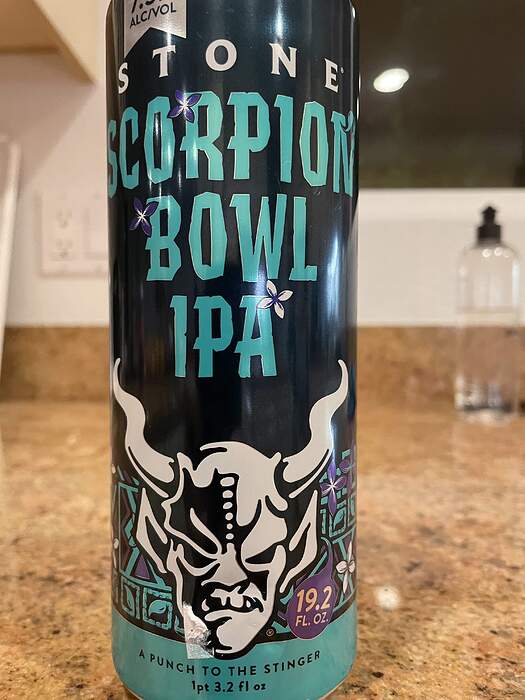 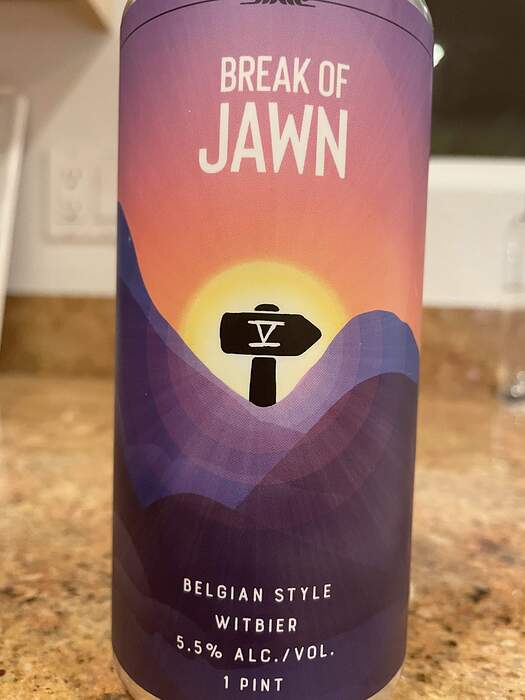 Sucks that Stone only exports the same stuff I already had. Haven’t seen anything new at all. Flying Dog is the same.

Only have time to upload one beer pic today.

Almost pitch black, fluffy tan head. Medium bitter, not sweet, dry finish. Only a hint of vanilla, loads of roasted coffee and dark chocolate. Surprisingly not boozy and hardly sweet. Very nice but could be really “great”. Maybe I shall drink this and Founders’ Big Luscious side by side to see which I like more. 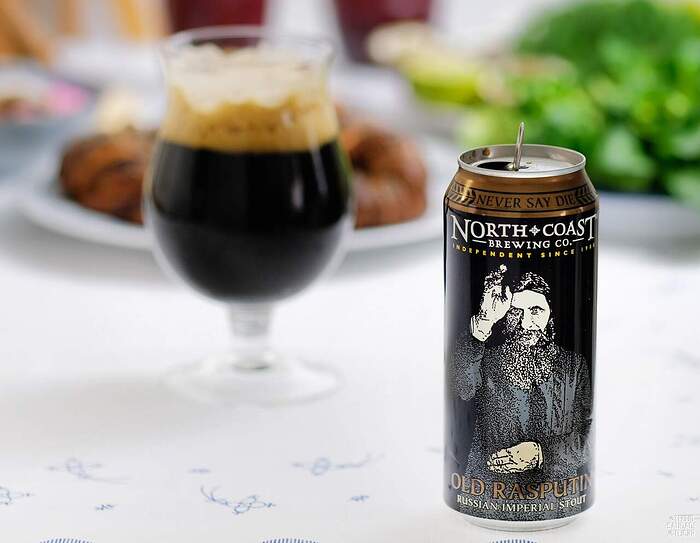 Drank the beer some time after lunch with the pastry I made: “snails” filled with chia seeds (only because I’m out of poppy seeds), pure chocolate and lots of Lebkuchen spice mix. 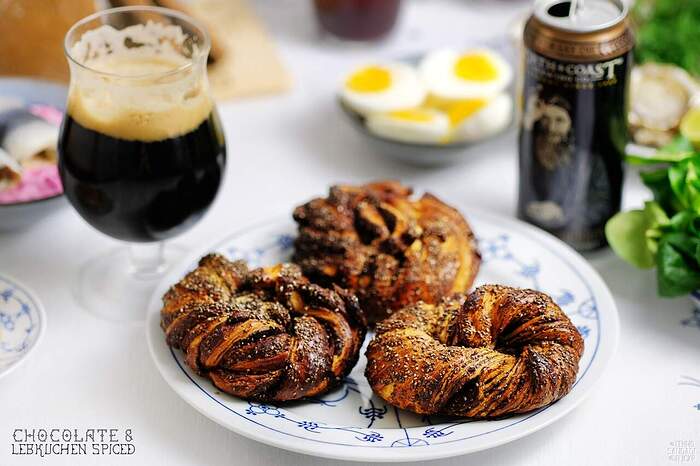 Crispiness of a classical lager but with a much stronger malt backbone which has strong notes of caramel, dark brown bread and toffee. Nicely drinkable but relatively light overall and could use a bit more body. 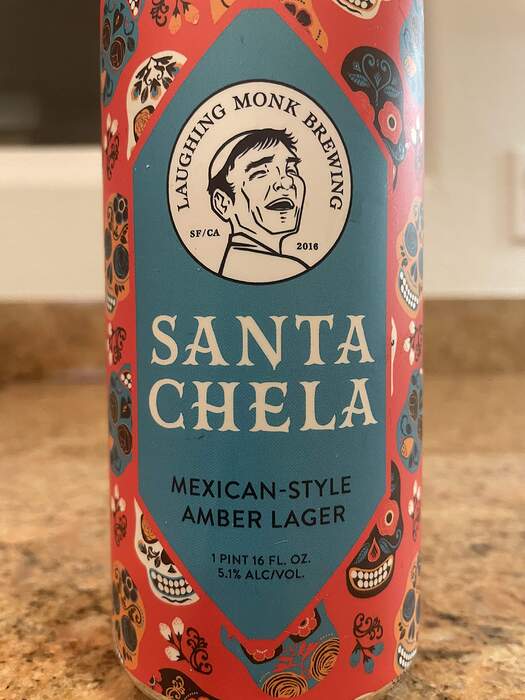 I’m a fan of the Old Rasputin. It’s a nice dessert. Can sometimes find it on nitro locally.

Classic West Coast style IPA, hoppy, slightly bitter. Fine but overall kind of boring, nothing to make it stand out among the vast oceans of IPAs being produced. 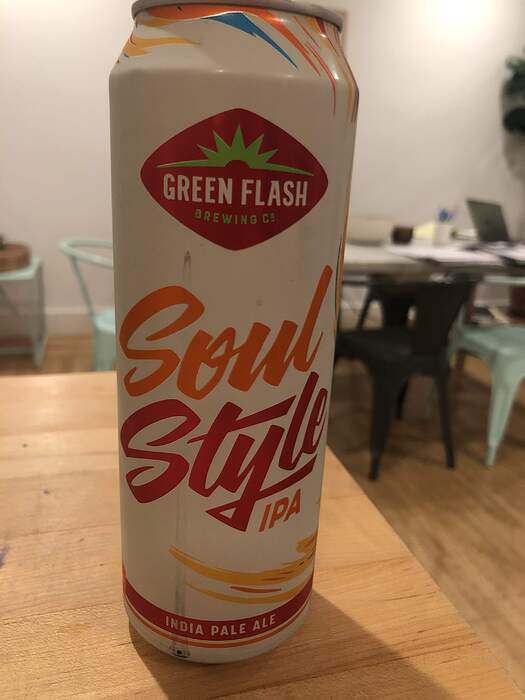 Some orange juice flavor upfront followed by a mix of grassy, malty tastes with some piney flavors in the background. OK beer but a bit unremarkable without something that stands out between many different hazy IPAs. 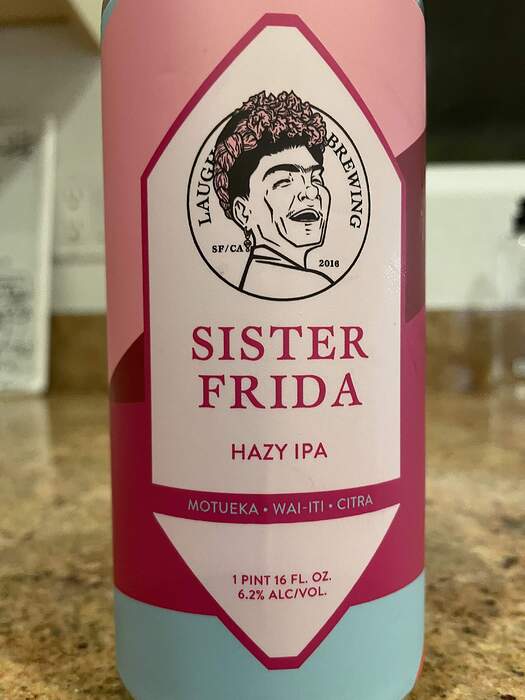 Tons of lasting tropical fruit upfront - pineapple, mango, peach and pineapple which gets nicely balanced out by some good bitterness with enough dank to really make a difference. Great beer with with broad spectrum of flavors 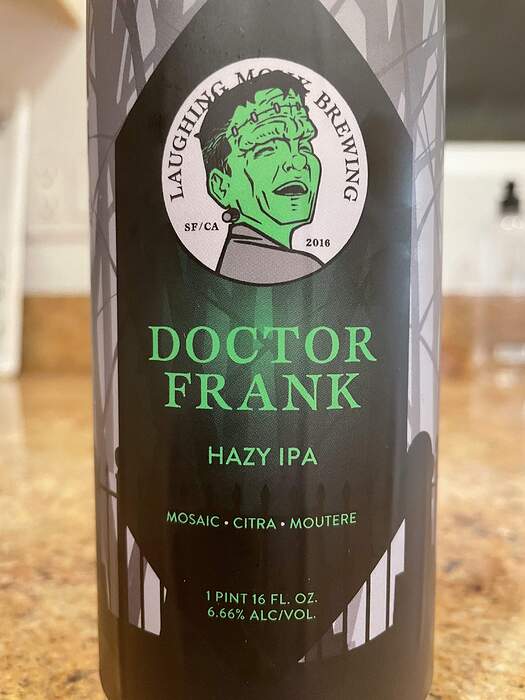 Aldi IPA brewed by Schultenbräu. 6% “session” IPA? Have to inhale hard to smell something. Faint smell of orange. Light bitter and dry. Watery. Still, better than the worthless Ukrainian (D)IPA I got last time for much, much more. 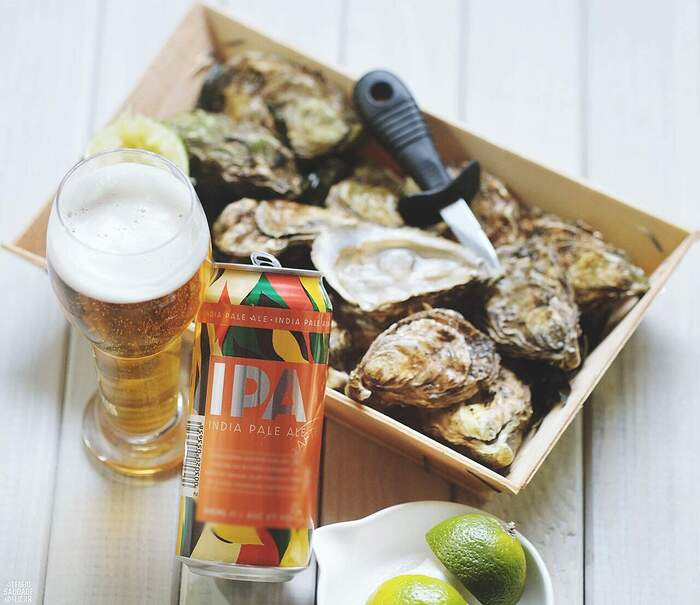 From Amsterdam. Riwaka DDH Session IPA. Looks nice and hazy but don’t expect much in a session IPA. I just wanted to check out the New Zealand hop riwaka. Has a faint taste of pineapple but not sure if it comes from the riwaka. 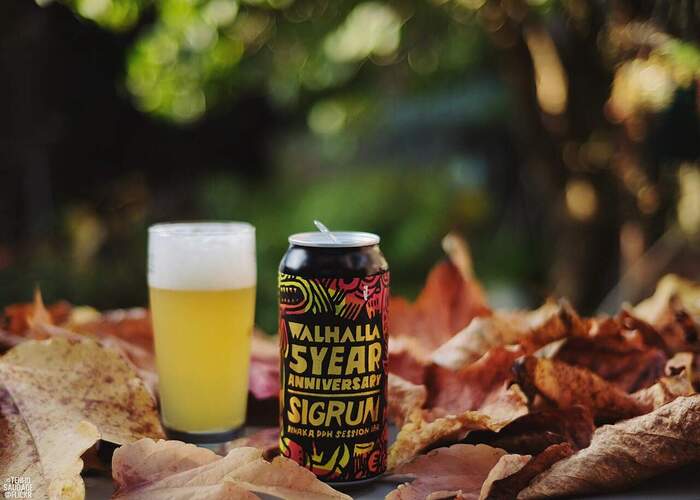 Mafiosa Cevejaria Valinhos Sour Guava (Brazil). A sour ale with guava (a fruit widely grown in the city) and pitaya, which added colour to the beer. It is a light sour, very dry and with a very striking colour, intense aroma of ripe guava. In the mouth, it continues with the guava very present, with a touch that refers to the peel of the fruit. Its very dry finish and good carbonation together with the profile of the chosen yeast bring a wine and super refreshing touch to the beer.

That’s the descriptions in Portuguese. Strangely, I enjoyed drinking this sour beer. The pastel colour is nice and matches my squashes in the photo. (The squashes are all gone by now) 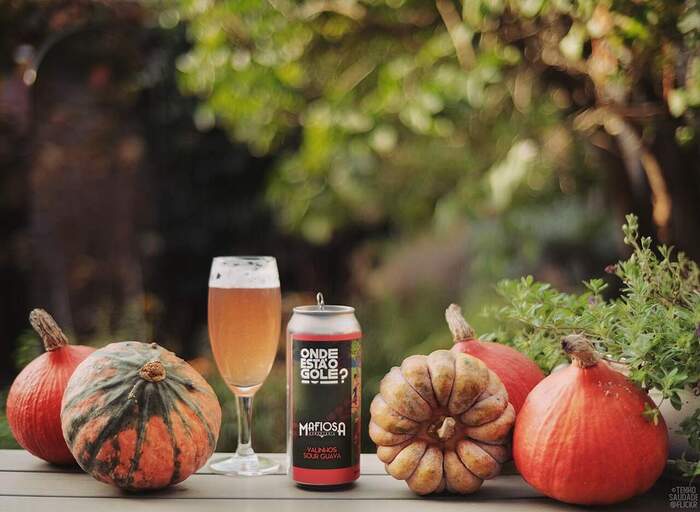 As a German I can never understand the fascination of many Americans (and people in other European countries) about Aldi - it is one of the worst supermarket chains with lousy quality, low pay, more than questionable approaches to suppliers and farmers to keep prices low etc.