Drinks Discussions Other Alcoholic and Non-alcoholic Drinks
honkman November 7, 2021, 6:56am #601

Interesting sour as it didn’t have the expected strong sweet, tropical flavor of pink guava as a counterpoint to the sour but more an overall grapefruit-like taste with not too much sourness but also not too pronounced sweetness - very easy drinkable for a sour but different than expected. 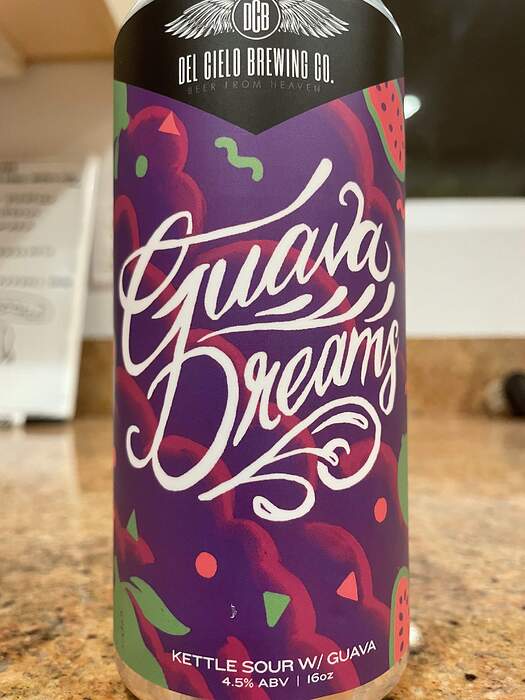 I know for sure I don’t have a taste for “pumpkin” anything beer, and now also “milkshake”. Vile is the word that comes to mind.

From the Azerbaijanian capital. It’s horrible. Maybe pale ale and “milkshake” are a bad combination. All the cans have tiny texts, only their website and the style are in English. I have their IPA so hopefully that one is drinkable. 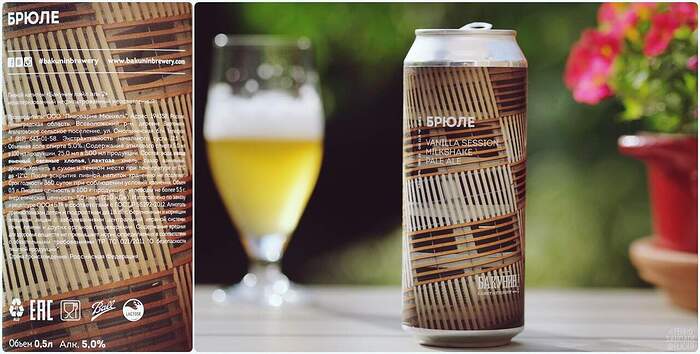 Bakunin Brewery makes may styles but for some reason they export the beers I don’t like, such as milkshake, sweet (imperial) stouts etc.

What is “cryo pop”? 7%, strong alcohol taste with every sip. Dry, fizzy mouthfeel. Fruity taste which I can identify is dried orange peel but it leaves a strong, unpleasant aftertaste. I like Walhalla’s other beers in the Elixer series but this one not at all. 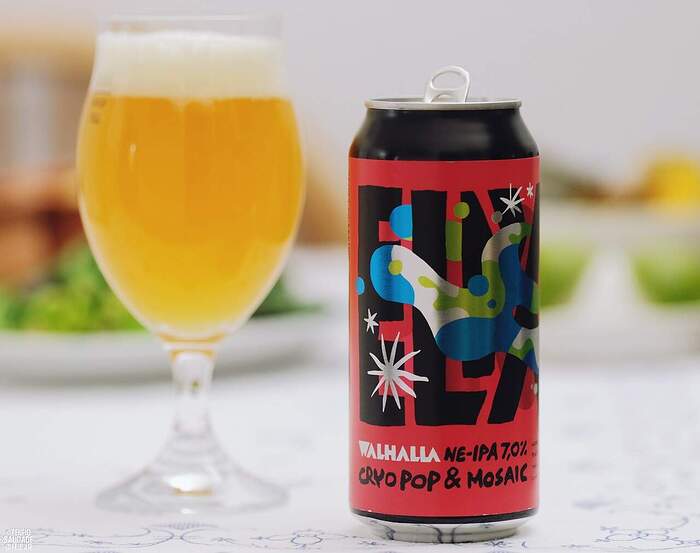 First time in a long time drinking industrial beer. This one comes from Croatia. The most popular industrial beer there. What the heck is in this thing? Corn? Suppose I could drink it if this or no beer at all for some extended time, but otherwise never again. Anyway, the brewery is owned by Molson Coors. 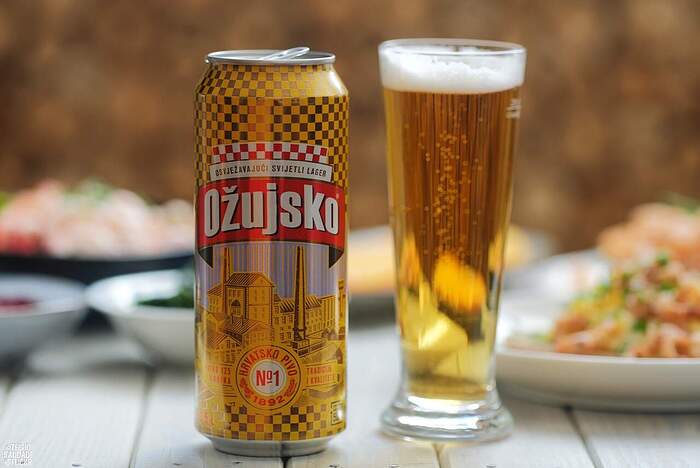 I don’t understand what you’re trying to convey. Could you pls elaborate?

I placed a beer order several days ago and it was delivered yesterday.
The glass I already got a while back, just put it in these photos now.

How long will the beer last in your house ?

Cryo pops are lupulin pallets made through a cryo process. A newer way to get more/different flavors into beers 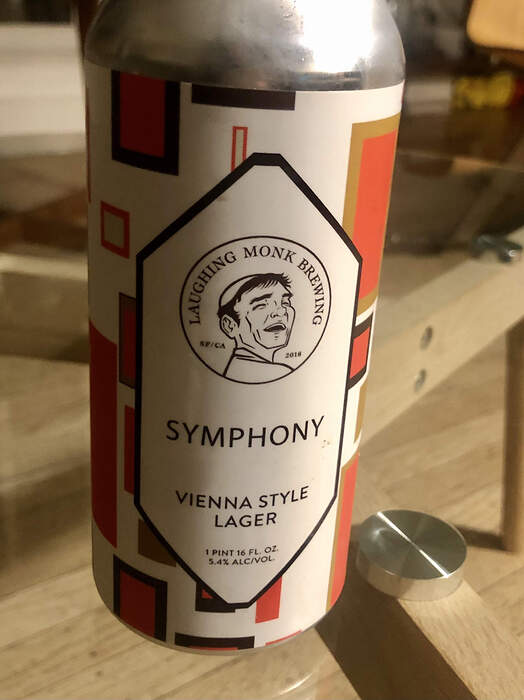 First a very strong punch from mango and passionfruit and once you think it gets too sweet the sour sets a nice counterpoint. Interesting finish with some vanilla in the end to round off the well thought out beer. Paired nicely with some Thai-inspired dishes and very easy to drink. 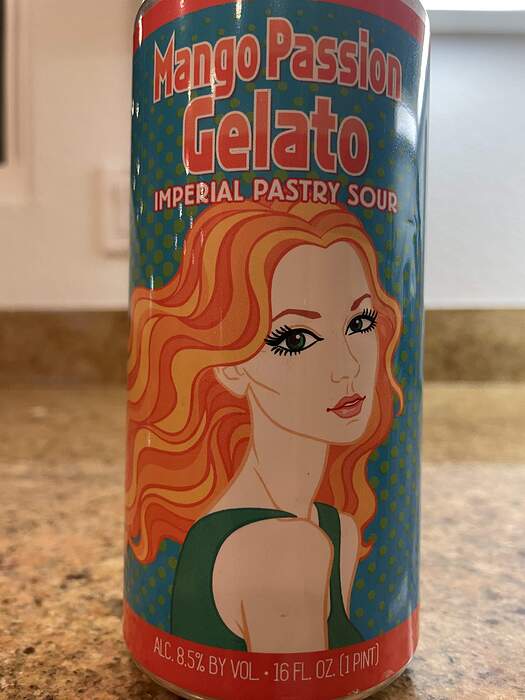 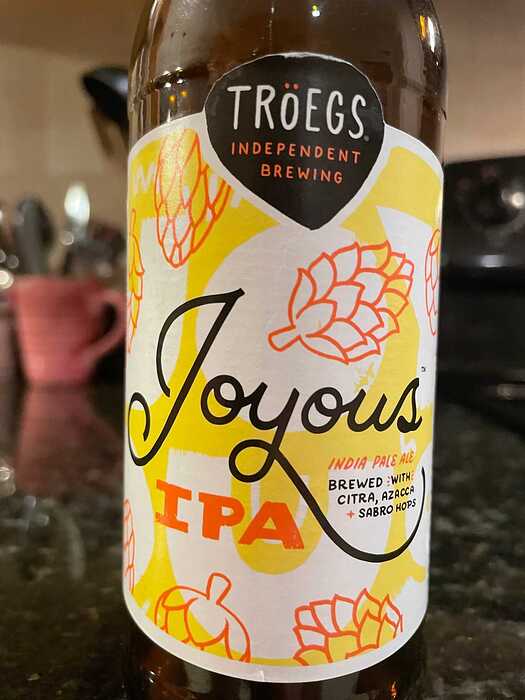 Saturday was 2021 Barleywine Festival at Toronado in San Francisco.

This one is a Monkish and The Veil collab, SCORN. From description - Double Barrel aged 21 months Apple BA & 18 month Willet BB. 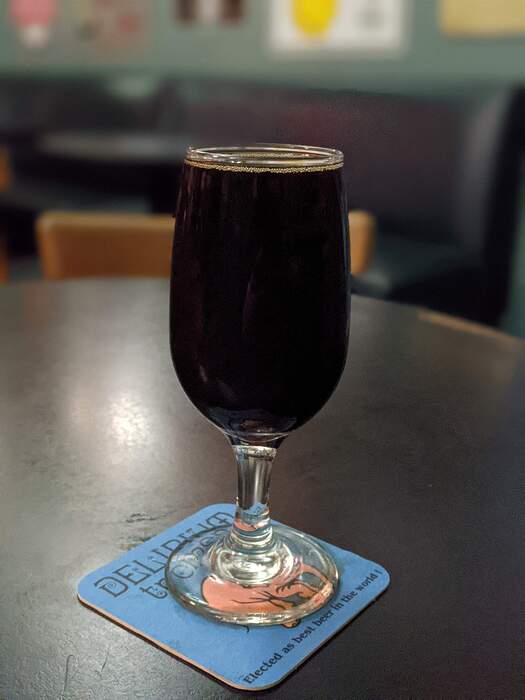 May I have can can?

Your post reminded me I went to the Troegs brewery a few years back and enjoyed their beers. I had totally forgotten the name of the place.

It did have some apple-y flavor I guess, but tasted like a barleywine!

This ale from Iceland is your prototypical witbier/white ale with some grassy flavors with notes of citrus and spices. Relatively crisp with a medium bitter finish - good but a bit unimpressive/boring. 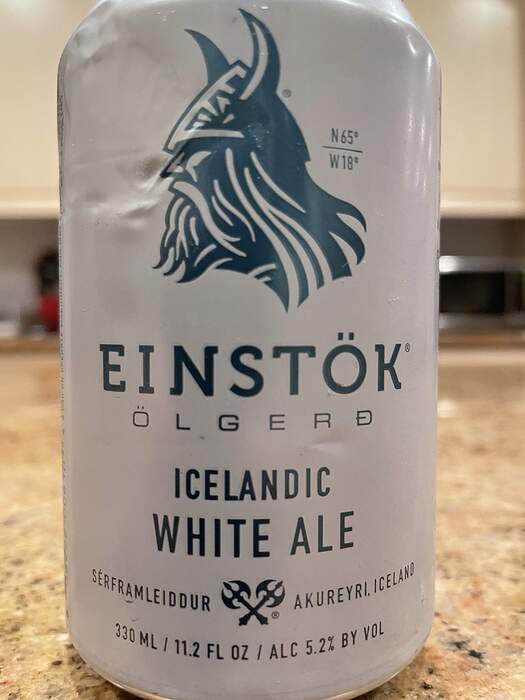 Fruited sours tend to often have (overly) sweet counterpoints to the sourness but this one isn’t very sour but has more of a tart and floral balance to the sourness with the key lime and hibiscus flavors. Refreshingly tart with very little sweetness. 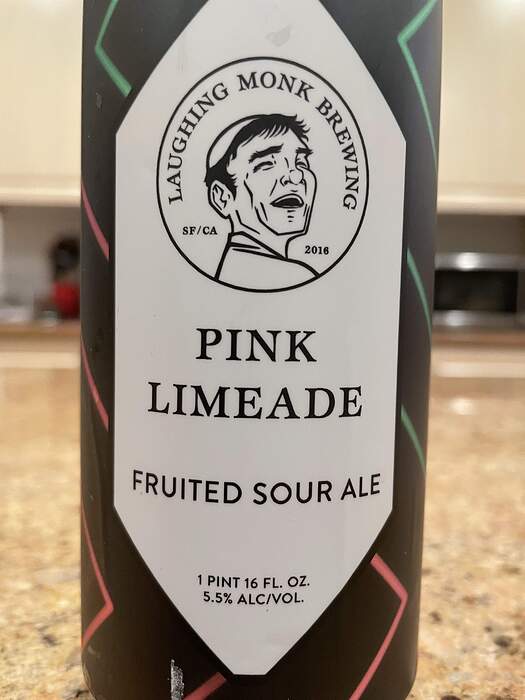 Coincidentally, I bought 2 cans of Einstoerk last week. Had the pale ale and porter in Iceland 5 years ago or so. Was in my local craft beer shop and happened to see it but in cans so thought I’d try them again. Back then there was almost no beer in can. 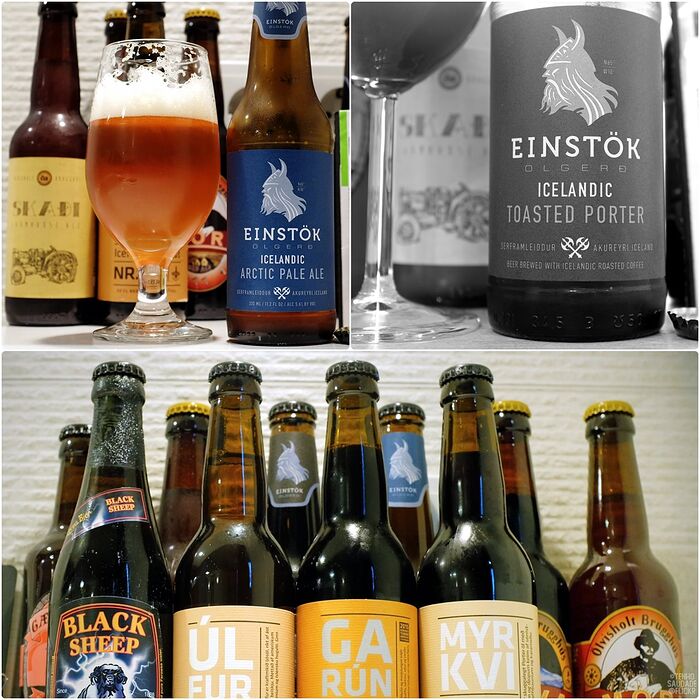 This was in the woods yesterday. We often go walking in the woods and this time I brought a beer and a small glass with me. Also first time buying a beer in a narrow and tall can.

“IPA” from the Ukraine and my first Ukrainian beer. Has no “IPA” taste whatsoever, lots of fizz, though. Nothing I can even describe besides the fact that it’s a crappy beer. For the same price as other better or good beers it’s a big disappointment. Still have another one in the fridge. Hopefully it’s better.

I already really like their regular peanut butter stout but this “mexican” variation is fantastic with added chocolate and cinnamon layers and a strong push from the coffee flavor. One of best stouts out there. 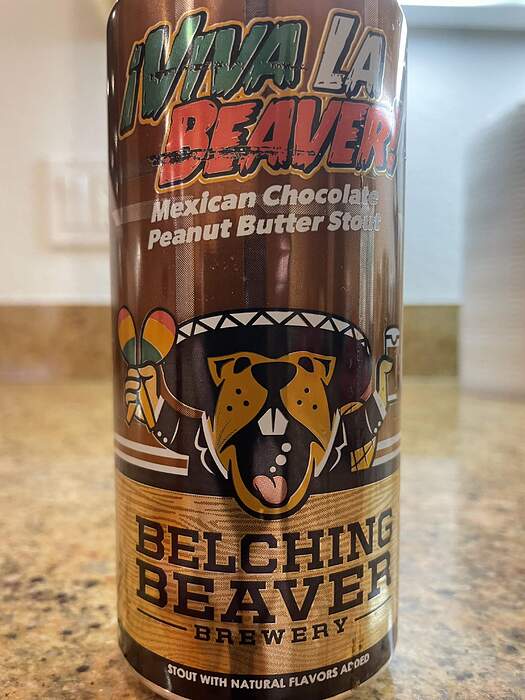 Peanut butter forward porter with notes of chocolate, light coffee and vanilla. The peanut butter is quite dominant at the beginning but also fades a bit away towards the end. The beer feels a bit light/watery and could have used a bit more chocolate and coffee notes. 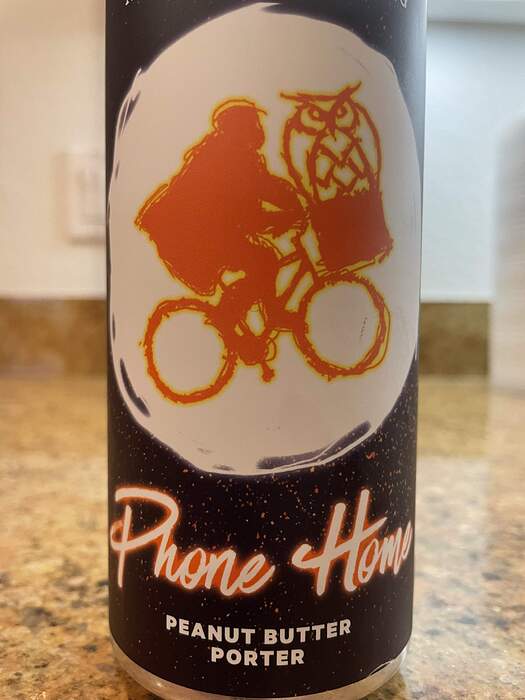 I have no idea why I haven’t participated in this thread previously. We heart beer at chez digga. It’s always a good time for a new beginning.

This is delicious. And as always, we drink sideways 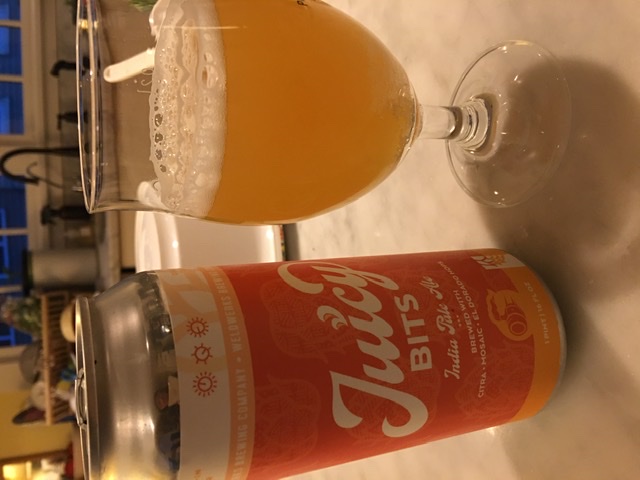 ETA: funnily enough I am post 617 which is the area code for Boston

That Belching Beaver stout is much better than I’d anticipated, and it makes a terrific float with vanilla ice cream.

I had Belching Beaver on tap at my regular pub at least a couple of times. My local craft beer shop has a couple of cans. Will check this week when I go there.

So, I was going through some old Schlenkerla photos…

The 6 pack carrier in Germany is big to accommodate the standard German bottles. The bottles have a deposit. German beer bottles usually have a deposit so my recent order of 40 Schlenkerla will have to go in the glass recycle container as no shop around here takes them back. 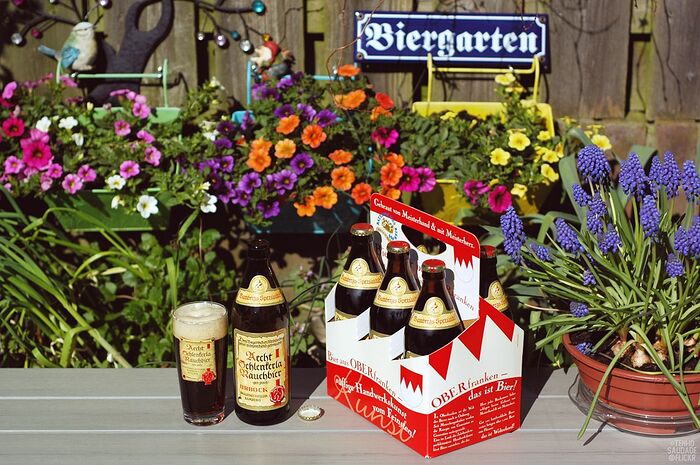 German beers I get here all have original labels. Whereas I see the same beers exported to the US (or somewhere else) the labels are slightly different, mainly with some English on them. On the back label of this, being a fasting beer, says “Brotzeit* is already included”. (*Brotzeit is a light meal, consists of rye bread, cold cuts, cheese, gherkins etc and washed down with beer.) 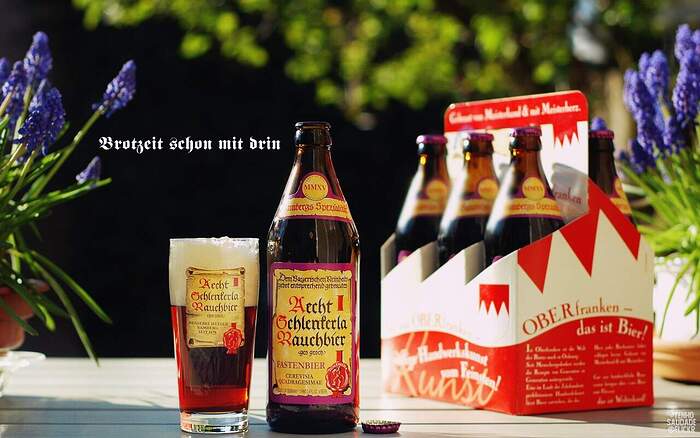 Oak-smoke Doppelbock. Everyone raved about it when it first came out (photo was taken in 2010) but I would rather drink the Urbock all day long. Not that I didn’t like it, of course not, but it’s a bit of a “too much of a good thing” kind of beer and is best not drink it more than once a year. I got a 6 pack and we did manage to finish all 6. Would try it again if I can get hold of one. Notice the label has English on it here. It was very much meant for the international market. And believe me, Schlenkerla doesn’t need any international advertising. Tourists would be lucky to find a free seat at their pub. 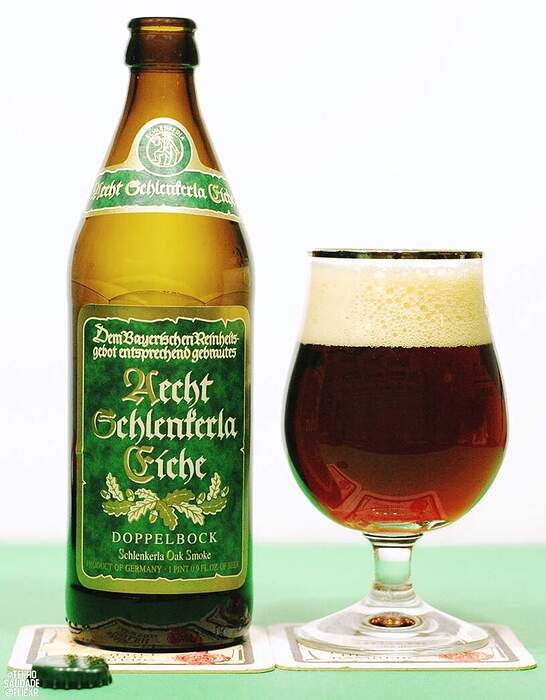 This is the old label. I put the new Lagerbier next to my monitor and noticed the difference straight away. Too bad they changed all the labels. I like the old ones better. 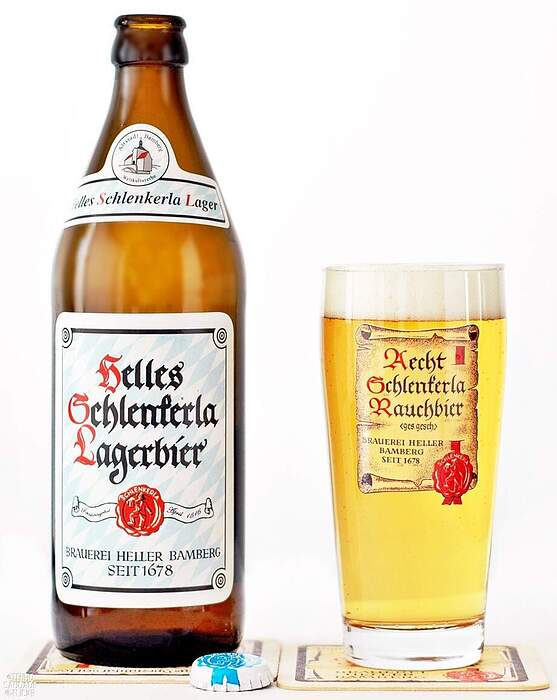 After Schlenkerla the next 2 are like they are from another universe. From Il, Chicago. Nicely hazy, nice smell, creamy. Tastes fine. Not sure if I would like it the same without dry-hopping. Most Revolution Brewing beers have the word “hero” in the names. Don’t they find it repetitive after 5? 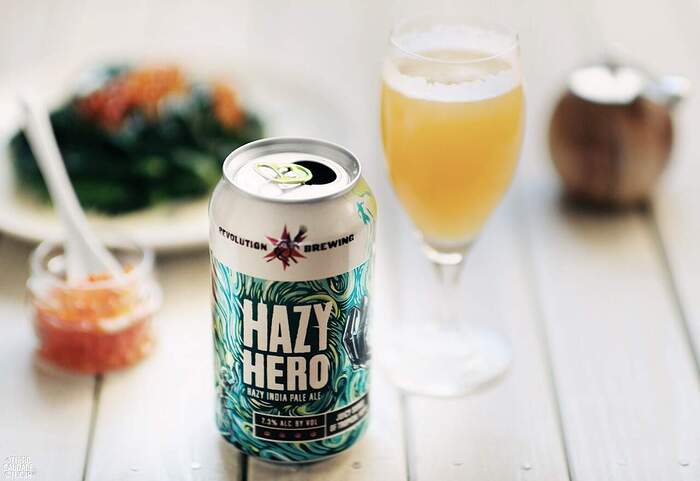 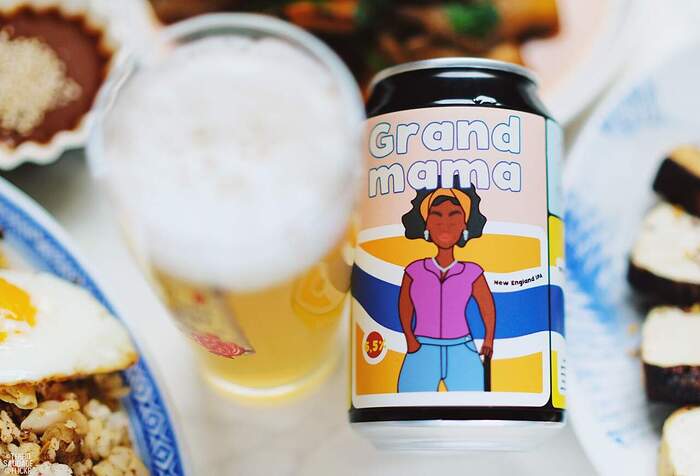