This sour is getting close to a perfect balance - refreshing tart, really good balanced by the agua fresca (prickly pear, pineapple, lime and tastes indeed like an agua fresca) - not too sour/tart, not too sweet. I could drink buckets of it 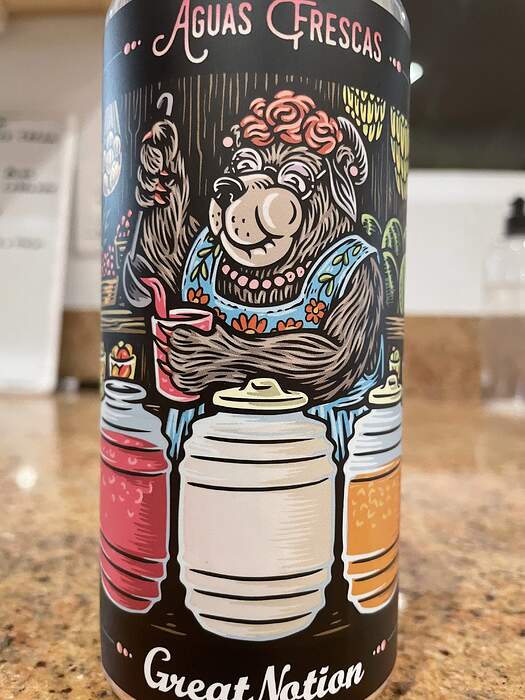 Quite close to a classical lager with some biscuit notes, yeasty and some lemon and spice in the background. There was also a faint hint of sweetness. Overall refreshing beer and easily drinkable. 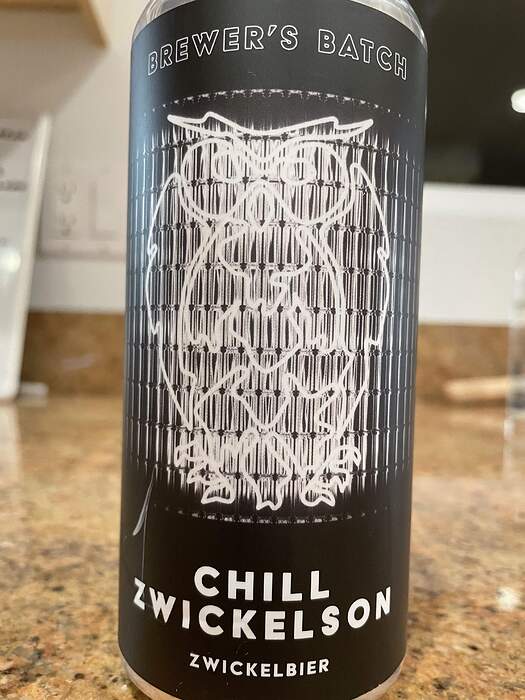 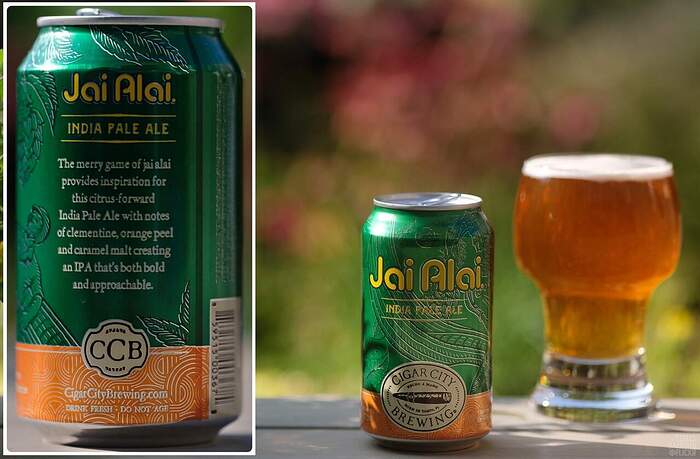 IBU 30 slightly bitter, too light body (then I looked at the label… “session IPA”). It’s a lower alcohol (and calories) version of the above. It’s not bad or anything but I don’t usually go out of my way to drink “session IPAs” . 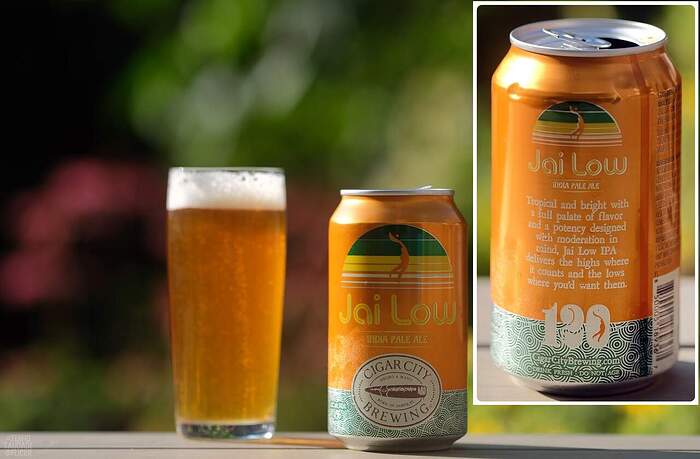 8.5% but does not taste very alcoholic, too sweet for my taste but I’m sensitive to sweets so it’s probably not that sweet for other people. A bit disappointed. I’d rather have the Jai Low. 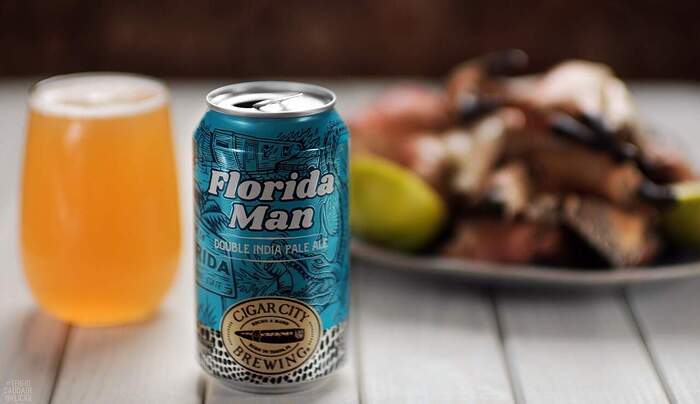 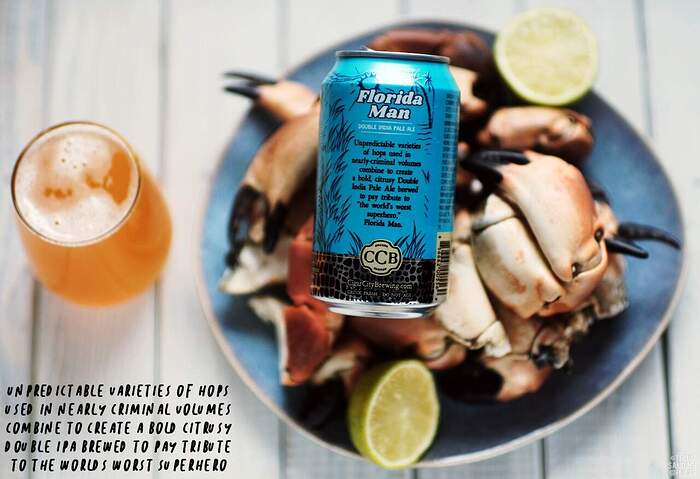 Like eating and drinking at the same time, my idea of a good dessert: a chocolate-raspberry cake in liquid form. Rich, full body but no heavy, artificial sticky sweet mouthfeel. Gonna get a feel bottles next time I go to the bottle shop, in case someone else has the same idea. 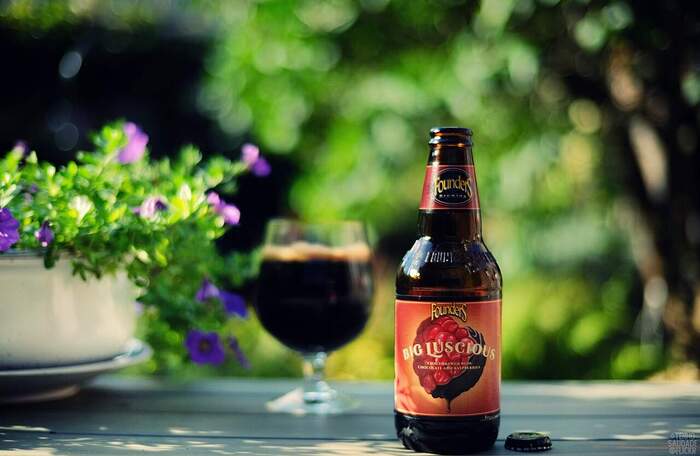 @honkman , I love many German styles that are not common in other countries. Ungespundet, Zwickel/Kellerbier, Landbier, Rotbier, Vollbier, Schwarzbier, Roggenbier, Altbier and many more. In many (small) towns and villages the beer is usually cask-dispensed and it’s good, in combination with the setting and quality of the beer. Some rural “Gaststätte” or “Wirtshäuser” have only one beer on cask (“Holzfaß”) and it’s good. I would rather one good beer than 5 so-so. Love drinking (and eating) in Germany.

@Respectfully_Declined , Rochefort is great (I still drink it and I hardly drink Belgian anymore. Belgium is world famous for beers a(mongst other things)and has almost uncountable numbers of beers and styles so check them all out if you feel adventurous!

Some “experts” claim beer is more complex than wine. As someone who drinks both I tend to agree.

If I had to pick only one beer style to drink it would be Saison.

For years I have tried to come up with an answer to this but could never on just one beer. I like so many styles and renditions. But if it’s not a dark beer then one of the top criteria is turbidity/haziness.

I want to try a guava IPA. Haven’t seen one yet.

I finally tried Death & Taxes and really liked it - Strong notes of coffee, toffee, brown bread, roasted malts upfront which gets smoothed out by some typical biscuit like lager-like flavors. The finish has again some more roasted notes with medium bitterness. It’s a really interesting lager with strong flavor notes from a stout.
There are also some related well known Schwarzbiere in Germany like Koestritzer but they tend to be closer to lagers in their profile whereas D&T is more unique with the stout notes 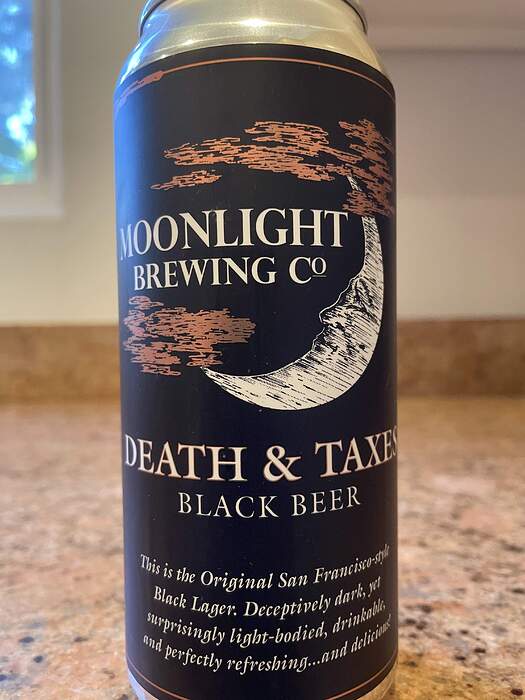 Apple and minor cinnamon flavor upfront which gets rather fast overwhelmed by the sour taste. Unusual flavor profile at the end of the sip which has some faint reminiscent of pastry but doesn’t really fit in the overall flavor. Not horrible sour but also not a highlight 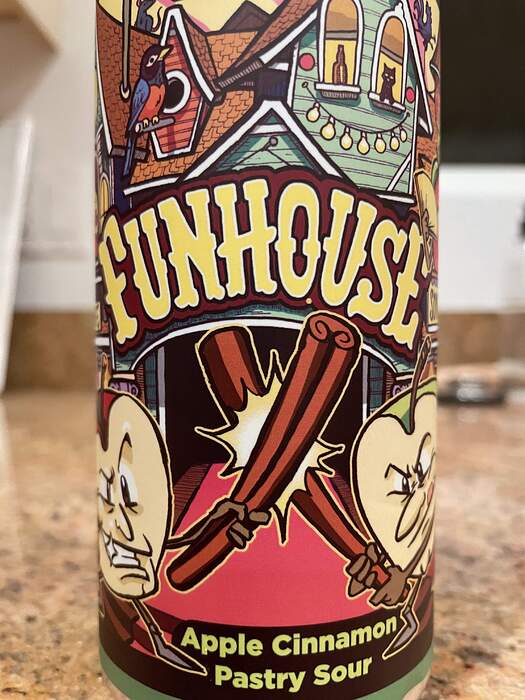 Very refreshing blackberry flavor upfront with nice minor tartness from the meyer lemon. Sour flavor is well balanced but than suddenly in the middle of the sip the vanilla flavor completely takes over and destroys the balance of the beer. Promising start, really disappointing finish… 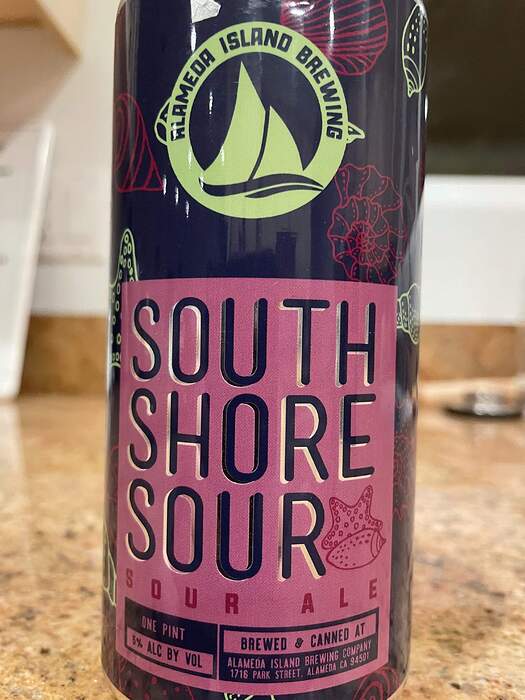 Alameda? TI and Mare Island needs to get hopping!

The partner says I should stop drinking fruited sours. I have been drinking this stuff for over 2 decades and still can’t get into this style. They all tastes like juices or “Radler” (have never had a Radler, so how would I know).

This one has 3 different fruits (guava, pineapple, and passion fruit). Not too sour, not too sweet. Hardly taste the alcohol (6.8%). 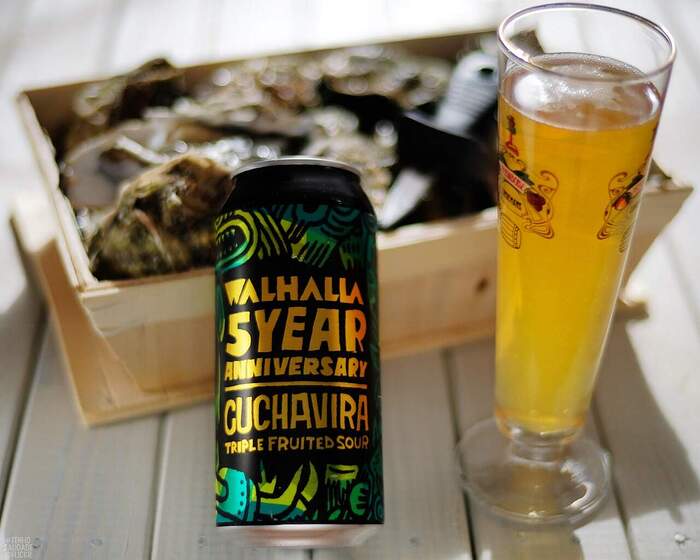 Not a fan of centennial in a single-hop brew. Honey sweet, not very bitter. Only after they sold their soul to Mahou San Miguel could we be able to obtain their beers, now in supermarkets across Europe. Still like most of Founders stuff I can get my hands on. Can’t really say anything bad about them when it comes to quality. 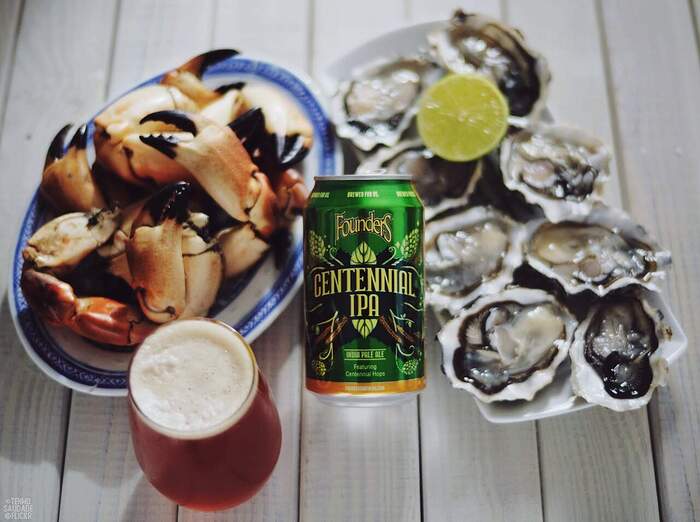 I have had this one several times now. It’s a new Rochefort beer, released last year. Most probably intended for the international market, labels are also in English. They even use the world “triple”.

Fruity and doughy. Very smooth I hardly notice the alcohol (8.1%), unlike other “tripel” which are higher in alcohol content and you feel/taste it straight away. The partner thinks it’s only OK. We are used to drinking Westmalle and other abbeys’ Tripel. 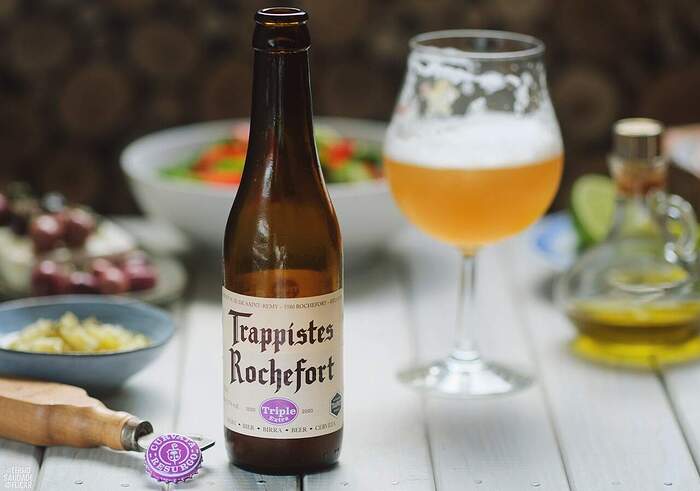 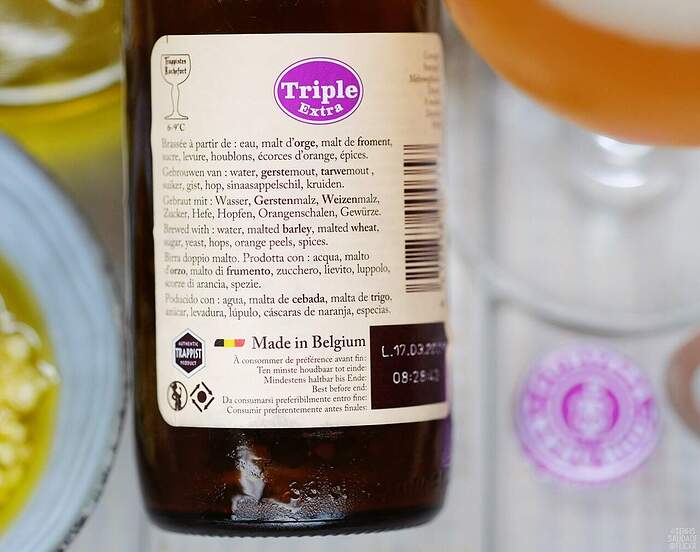 Sorry you have to see oysters and other shellfish in my beer photos all the time. I tend to drink beer with my seafood snacks. 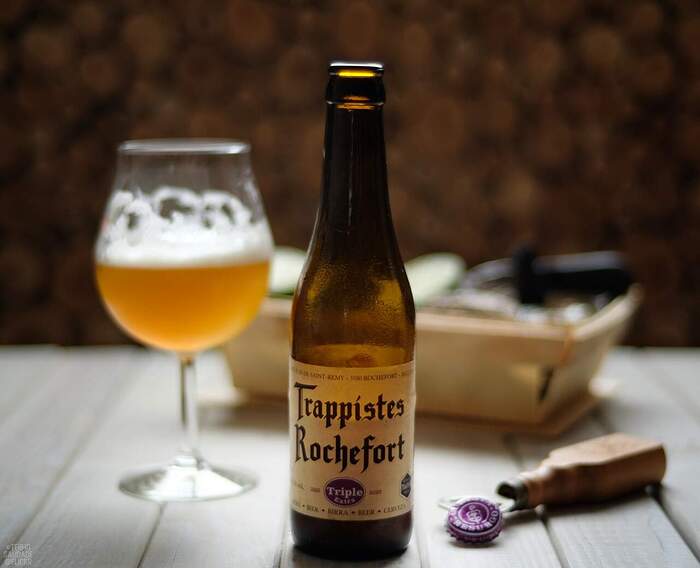 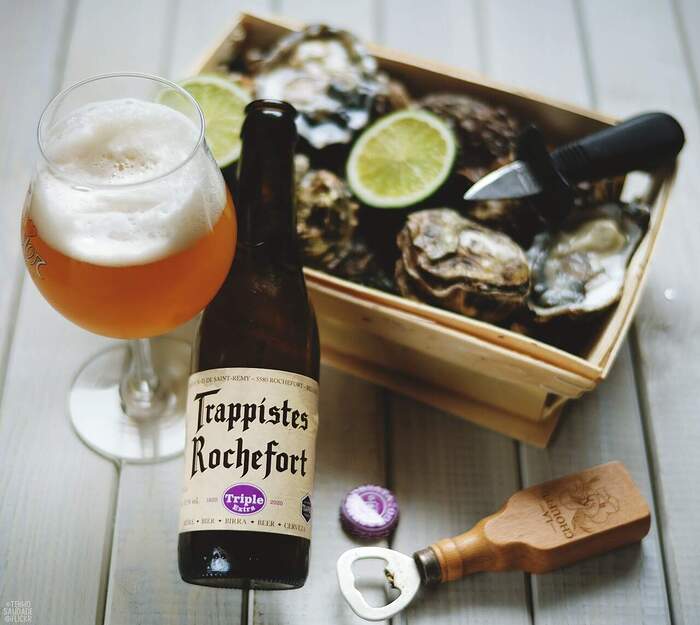 Not sure about fruited sours in Europe but here in the US they fall on the side of stronger sour flavors and less fruity. (and definitely not similar to Radlers)

Do you drink your beer mainly to fish snacks or also “regular” meals ?

When it’s very sour it’s vinegary (to me), but apparently lots of people enjoy it. These days the sours tend to be more fruity. They put all kinds of fruit in sour beers that I can’t really identify the fruits. It used to be simple.

I usually drink wine when having dinner. Eat fishy snacks at weekends but prefer beer with no food at other times.

Lemony with yeast and biscuit upfront. Followed by an really interesting complex flavor of earl grey tea with hints of rose water and orange. Lactose completes the ale with a smooth, round finish. Complex, yet balanced ale. 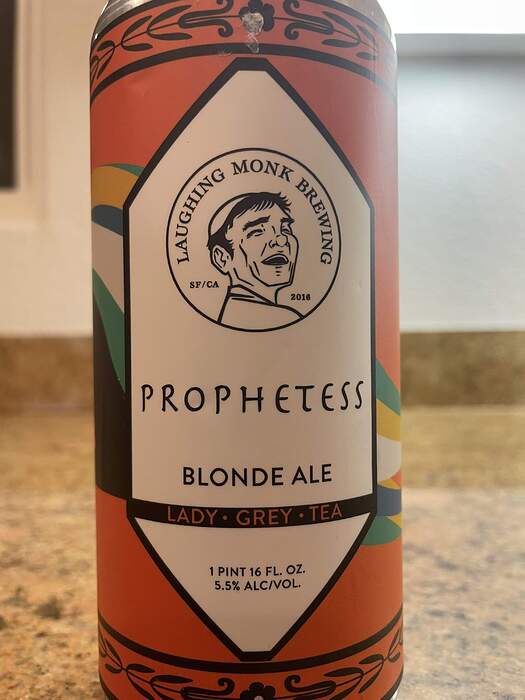 Fascinating beer that looks like a lager but tastes like a stout - Notes of roasted malts, cocoa, lactose sugar, spices get balanced by a coffee-like bitter finish. Great beer for sipping at night. 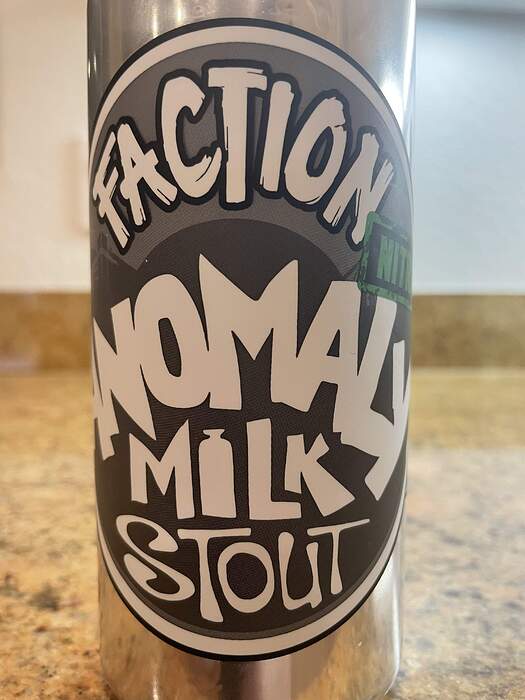 No apology necessary. It looks great.

And no shellfish here 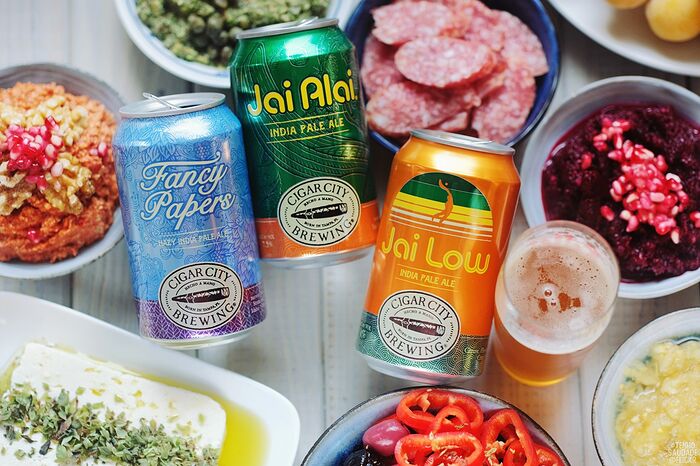 This was on Monday. Sometimes I (over)buy shellfish and can’t finish everything in a weekend. Ate it late in the afternoon, a snack which spilt over into dinner (with some chard added because health).

Polish NEIPA. Properly hazy and fruity but it is a bit thin bodied. Maybe I’m used to DDH NEIPA. The fruity taste does not linger but the mango flavour is clear. 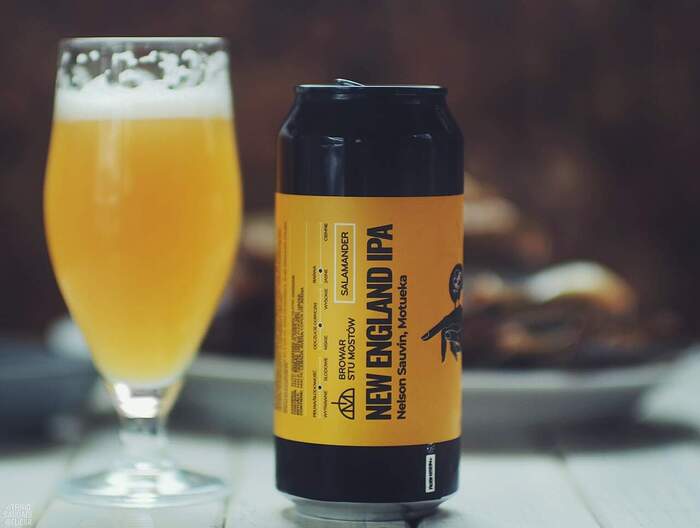 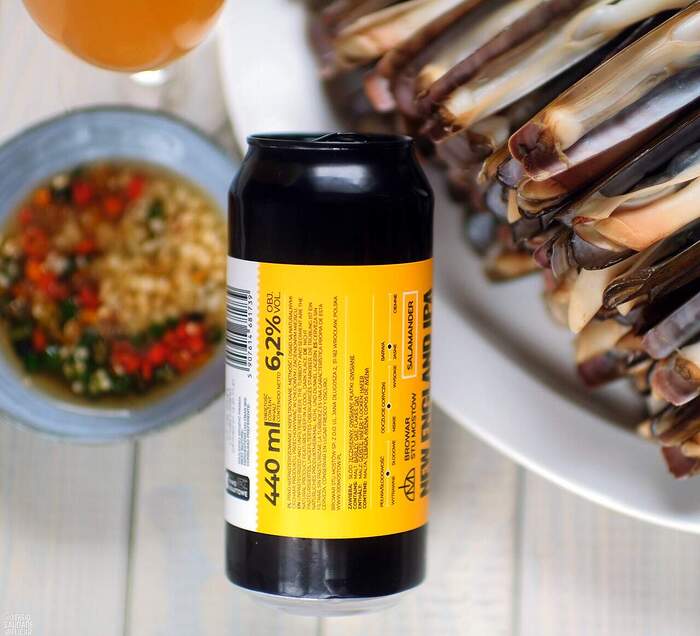 Poland has a good craft beer scene. I need to return, and maybe Wroclaw where this brewery is based.

1 Like
← previous page
“Food is a pretty good prism through which to view humanity.”
― Jonathan Gold
Market stall in Lima
Credit: TXMX 2