Very citrus forward with strong grapefruit and lime notes. Subdued hints of tropical notes in the background and surprisingly little bitterness with hardly any resinous flavors. Overall quite light for a NEIPA. 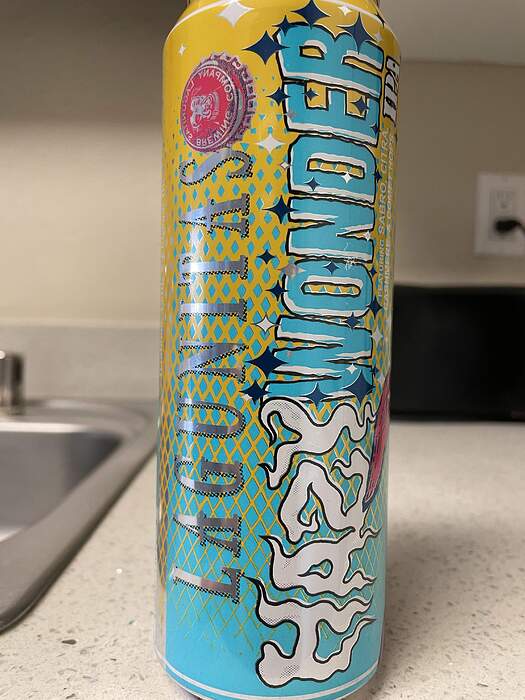 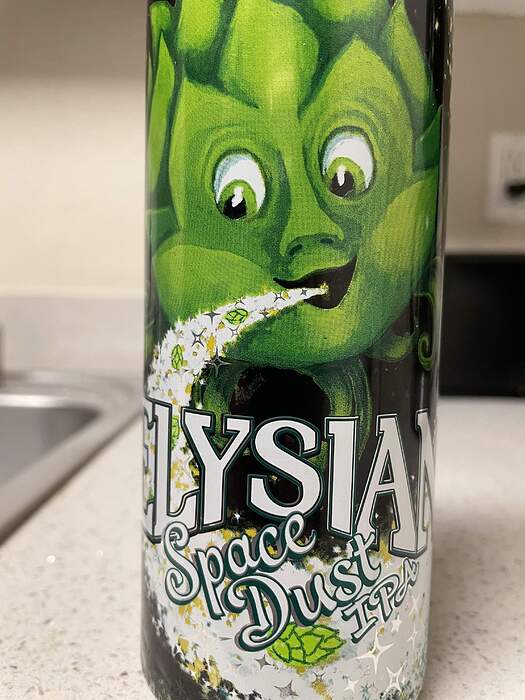 Strong on the citrus flavor with dominant grapefruit and some peppery spice. Relatively one dimensional with medium bitterness in the finish. Much closer to a typical west coast IPA than a hazy IPA. 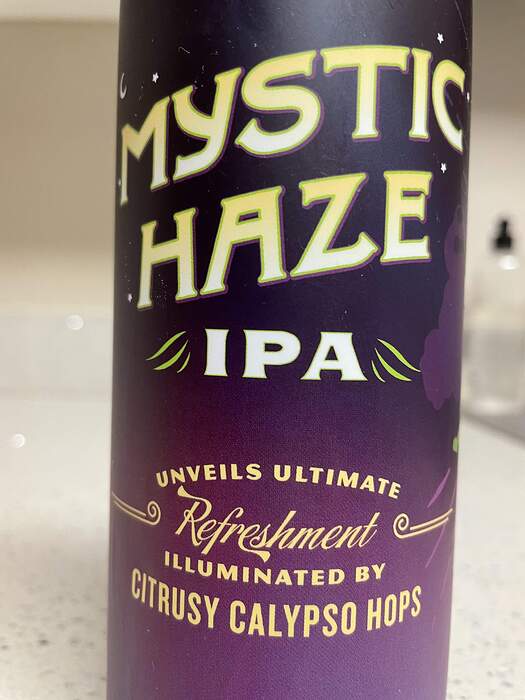 A bit of a middle-of-the-road IPA with a bitter (but not overly) backbone, some citrus flavors, malty sweetness and some floral notes to not make it too one dimensional. Would be a perfect beer for somebody who never had a west coast IPA before. 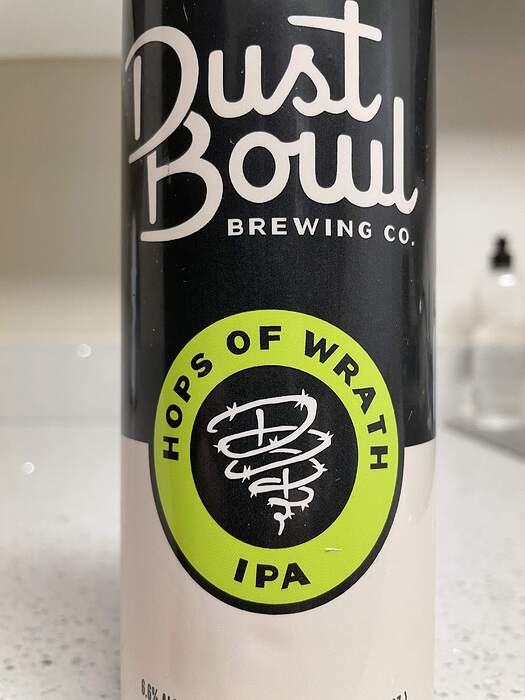 Half of the beer in the shop is “hazy” this and “hazy” that. I’m a sucker for it.
How you do find west coast NEIPA, Honkman?

Belgian “Tripel” and IPA. I don’t know what to say… I like tripel and I like IPA but this is a strange and unnecessary mix. 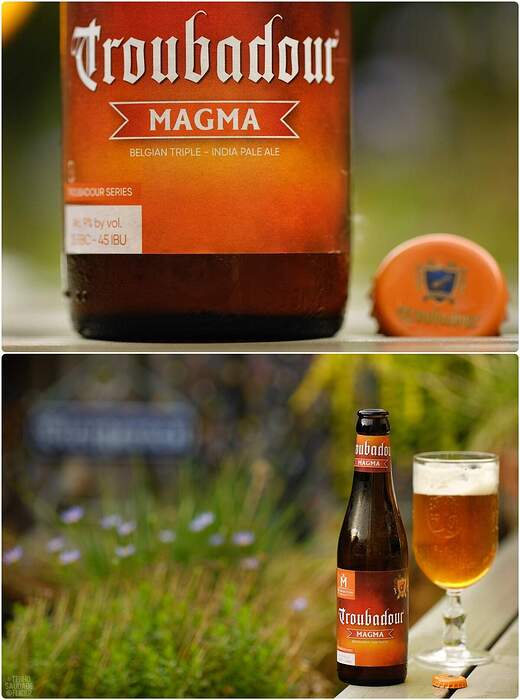 I’m a sucker for mosaic hop. I like this one like other people drink their standard pils or lager. The name of the beer happens to be “mosaic hop”. 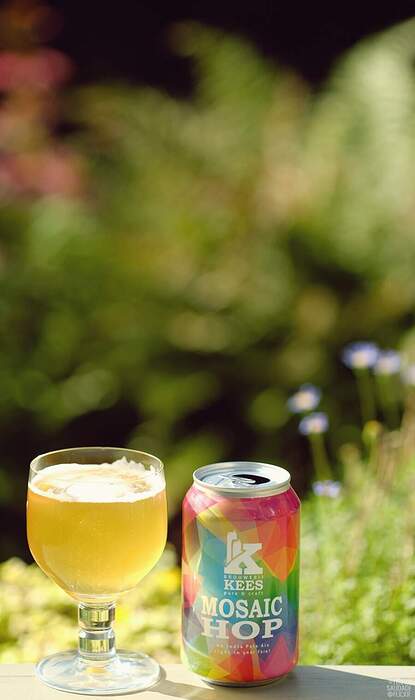 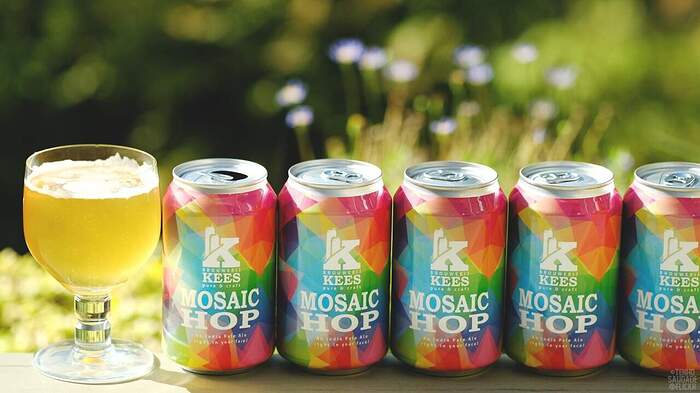 Had with one with Greek(-style) lunch. I was looking forward to trying this Gose. Had an unpleasant after taste that’s supposed to be orange. Non German “Gose” tend to have a noticeable taste of salt. I drank Gose for 2 weeks in Gose heartland (Goslar and Leipzig and surroundings). It’s been some years but I remember the presence of salinity in Gose there is rather weak. 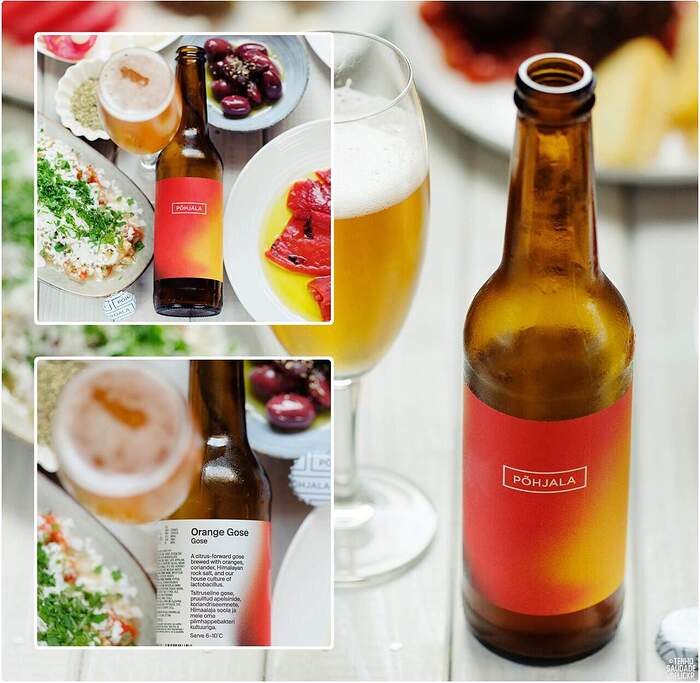 Some photo from that Gose trip

How you do find west coast NEIPA, Honkman?

It’s always hard to generalize as there are so many breweries across both coast but in general east coast NEIPA are often really juice bombs with strong tropical notes and medium bitterness. Classical west coast IPA tend to hop bombs with a lot bitterness, piney, resiny taste and very little juiciness and floral notes. West coast NEIPA tend to be the compromise between both extremes- some tropical juiciness but still prominent piney notes with a more dominant bitterness than east coast hazy IPAs

Notes of roasted malts and coffee as the backbone of the porter which are well balanced with some taste of dark chocolate and hazelnuts - a bit like nutella without the sweetness. The porter provides enough bitterness to not push it towards a dessert. 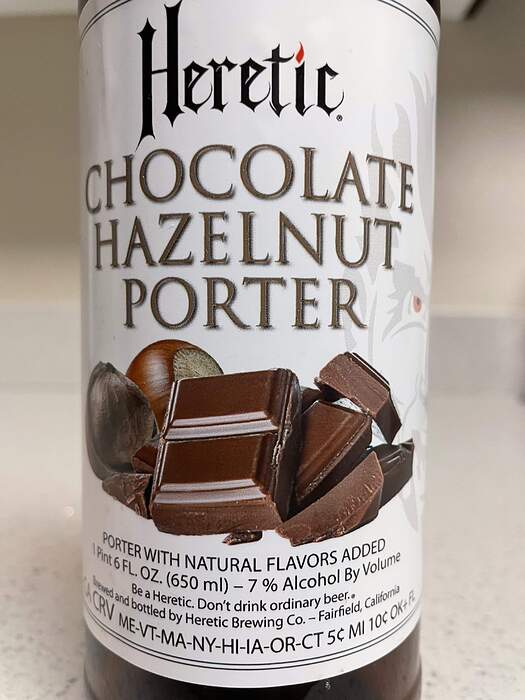 Typical pilsner with some bready yeast upfront, followed by some citrus and a spicy bite and a short, dry finish. Relatively light but refreshing and crisp beer. 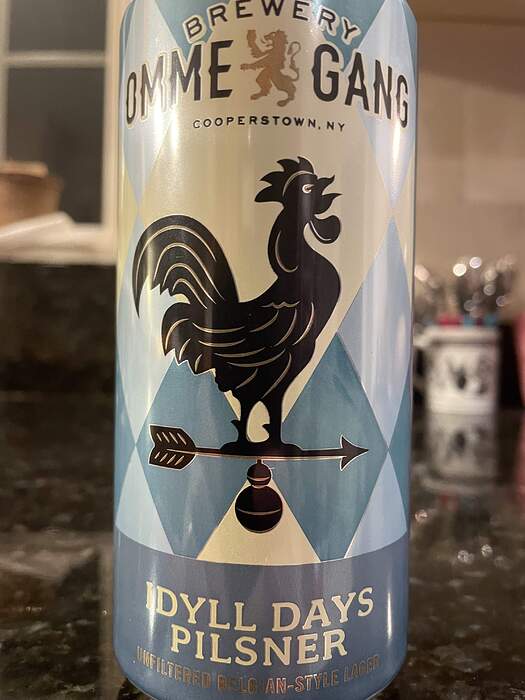 A lot of roasted malt flavor with notes of toasted bread, caramel and chocolate which gives it some sweetness. Balanced by the slight bitterness of the coffee in the long finish. Nicely balanced beer. 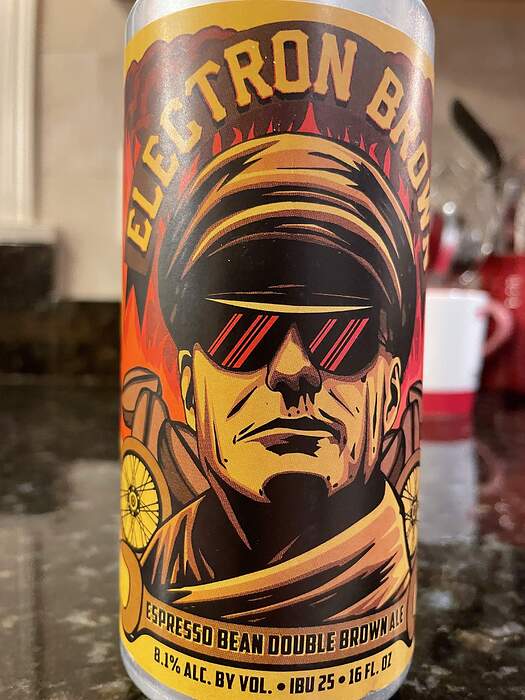 So many brews we never see in Fla

Citrus flavor with some melon upfront but then fast taken over by some bready earthiness with a longer medium bitter, dank, resiny finish. Overall beer feels a bit light and flavors could be a bit more bolder. 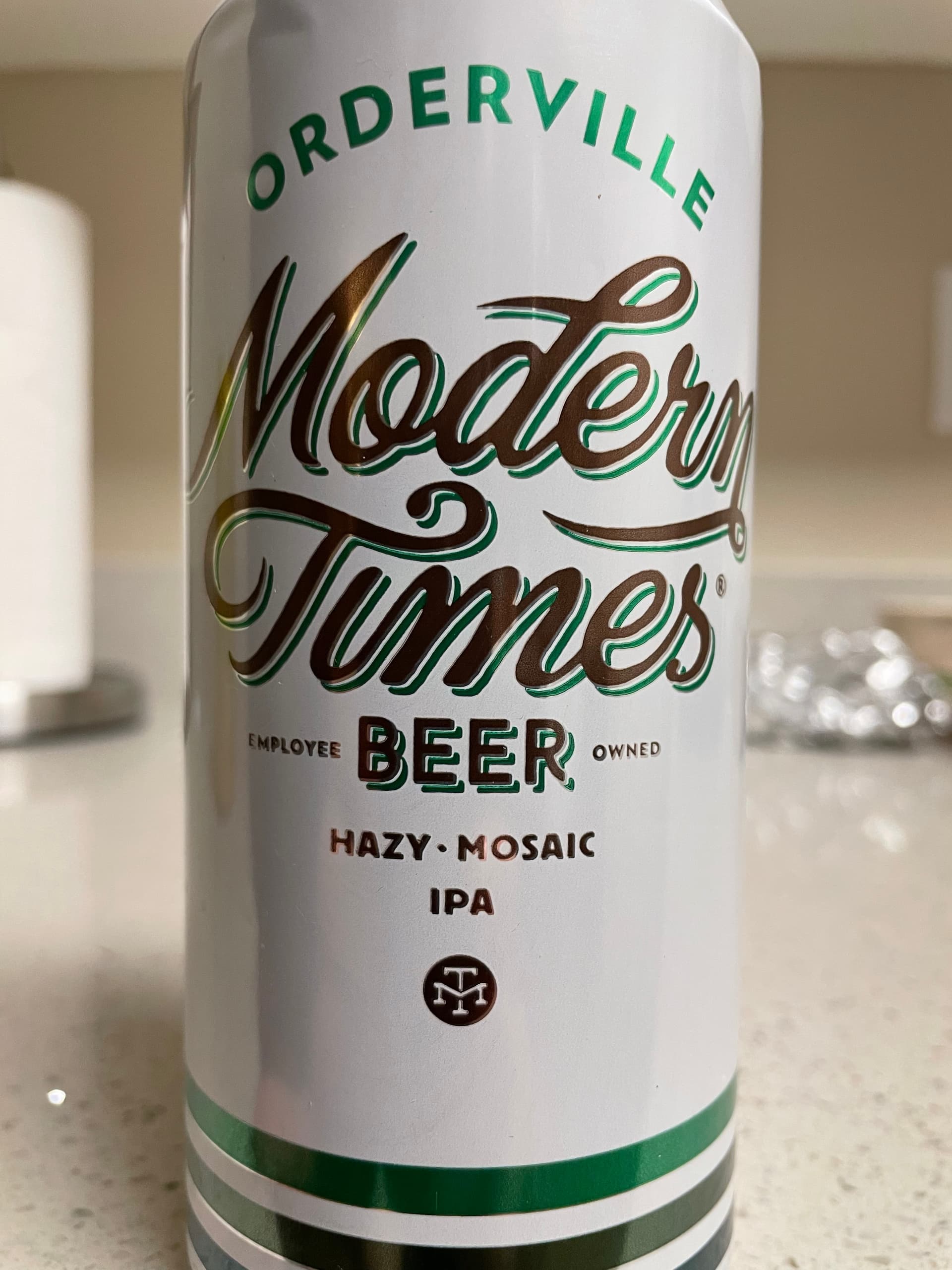 Radler (or shanty) are always walking a thin line between the bitterness of the pilsner and the sweetness of the lemonade. This one is clearly more towards the sweetness of lemonade (but makes it a bit more interesting with a mixture of grapefruit, lime and lemon) - but it is missing in large parts the refreshing bitterness. 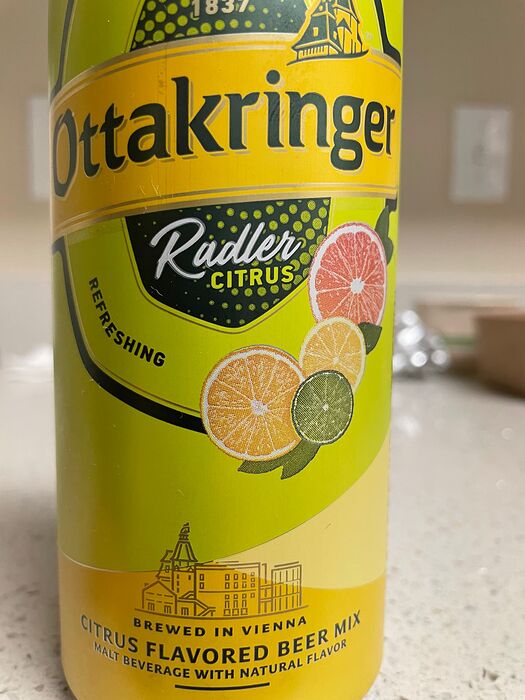 There are some good places to order some large variety of beers like Half Time Beverage.

A sour ale brewed with a bunch of tropical fruits. Couldn’t identify the fruits and tasted like a “good” Radler. 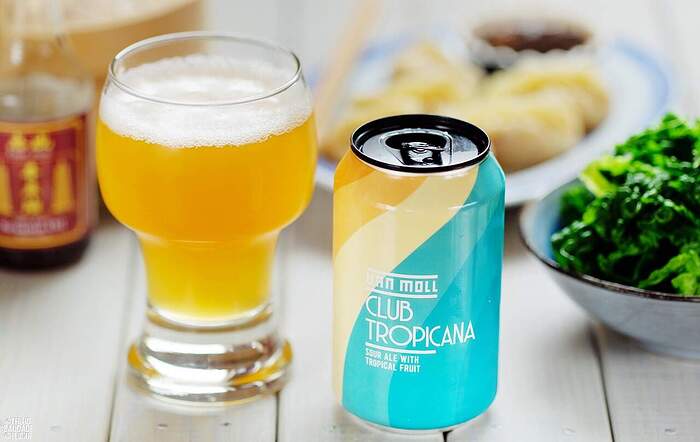 There are not that many American beers to be found here. My first Cigar City. Juicy and fruity. Wouldn’t mind drinking one every day (then I looked at the price on the receipt). OK, not every day then. But will buy again. 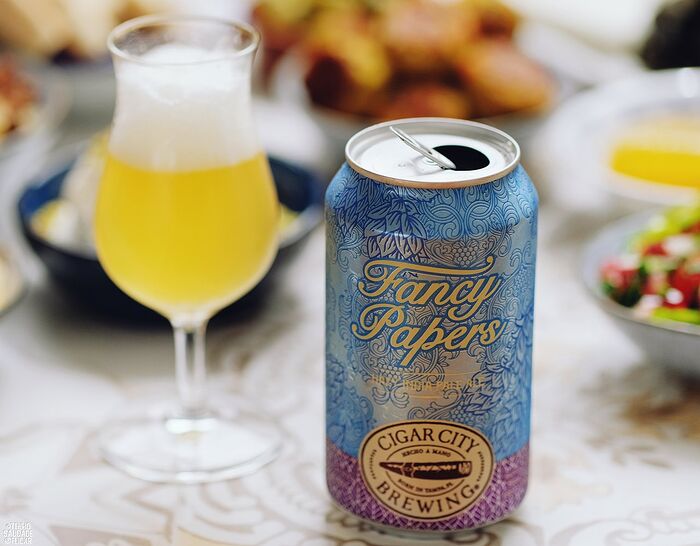 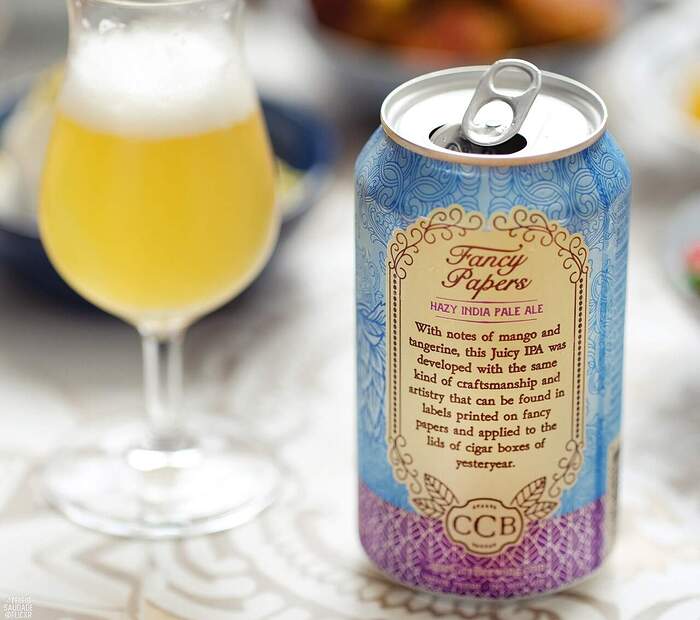 I drink one every summer. Only a few left. I bought about 20 some years back. Last 2 bottled in 2004. That’s probably when I bought the first batch. A summery, refreshing, fruity sparkling beer. One time I drank a whole bottle by myself. It’s not very alcoholic so one doesn’t feel the effect. 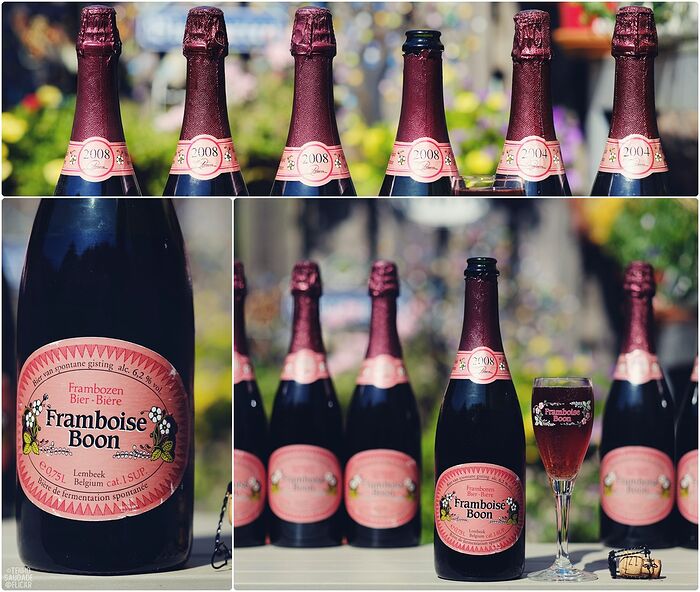 This is why I became an instant fan of NEIPA. Most European NEIPA tend to be like this and strive to achieve this result. West coast style is not so common. I only find out when I drink it as it doesn’t usually state “west coast style NEIPA”.

So many brews we never see in Fla

Stone in CA is big. Huge even. They don’t distribute in Florida?
Maybe you could order online from a FLA craft beer shop?

then I looked at the price on the receip

How much do you have to pay for some US beers in average (I am not sure in which European country you actually live ?)

Average 5 euros but most are above that. Alcohol taxes are high.

Some prices are not so bad but certain products cost more than in other developed countries. For example, petrol price is on par with Norway, one of the most expensive countries in the world. Supermarkets take 30% extra.

Not even at Total Wine & Spirits? Our local outlet carries plenty of beers from the East Coast and Midwest, so I’m guessing yours would have some CA brews.

Not even at TW.

Surprisingly little juiciness (just based on the name) but more citrus flavor with some earthiness/breadiness and acidic notes and an unusual phenolic aftertaste. Medium bitterness with a dry finish. Appearance was NEIPA but flavor wasn’t really there. 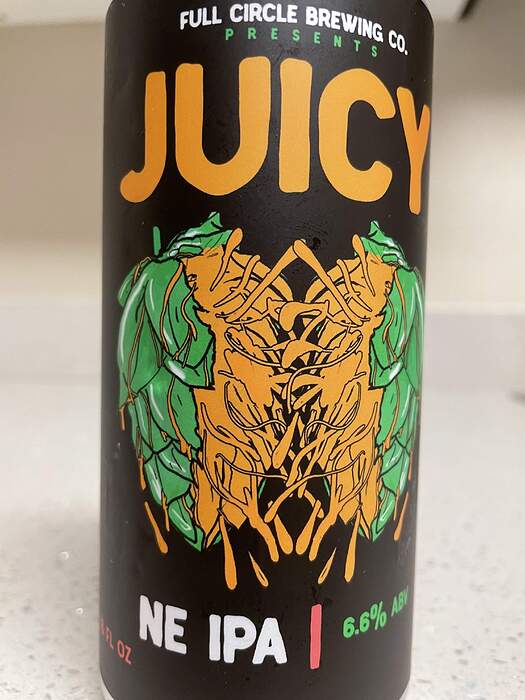