One of those sours where it is less about strong sour flavors or dominant fruit taste but more a restrained balance of sour and some muted, well balanced fruitiness from blueberries and some earthiness from the rye and coconut. Great sipping sour on a hot day. 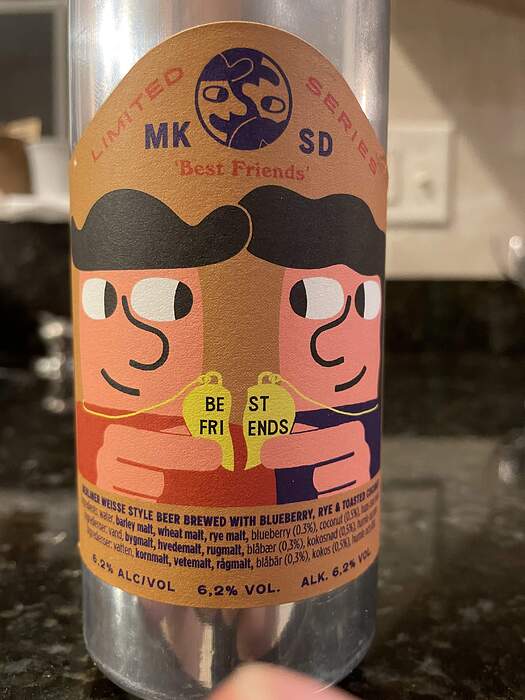 Nice orange flavored, juicy body with some added tropical flavors of tangerine, guava and mango in the front and some herbal bitterness from the hops and an interesting dank finish which lingers for some time. 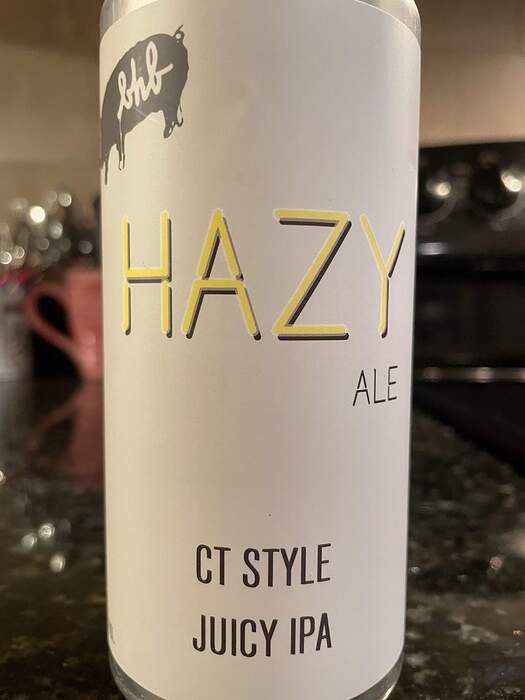 Mikkeller is still going strong, I see. Used to drink a lot of their beer.

I have many beer photos but they are still in the camera. No time lately for uploading the photos but I have these today. My very last of Rochefort from 2013. The #10 is long gone… it’s the best of the three.

Some serious and old-fashioned pubs in Belgium age strong ales and they have a thick menu with the year listed. Rochefort ages beautifully. The flavour deepens over the years and becomes “thicker”/cloudy. This one, #8 is very good but #10 is almost like drinking chocolate. 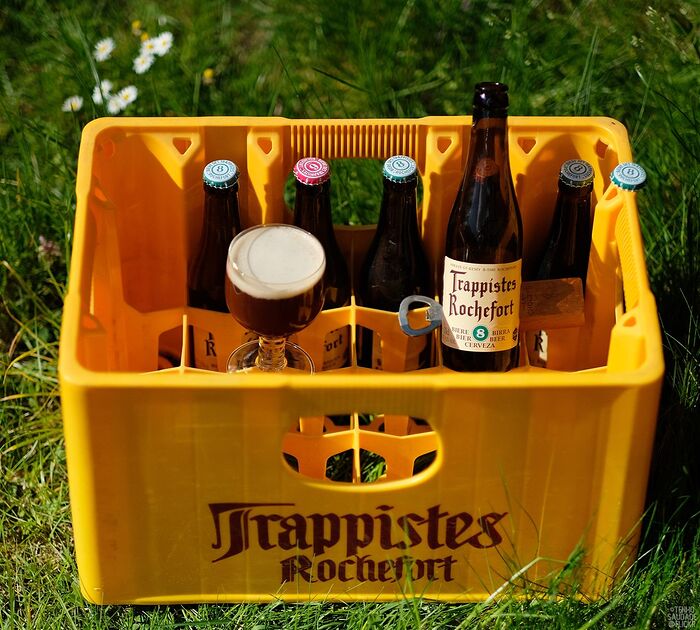 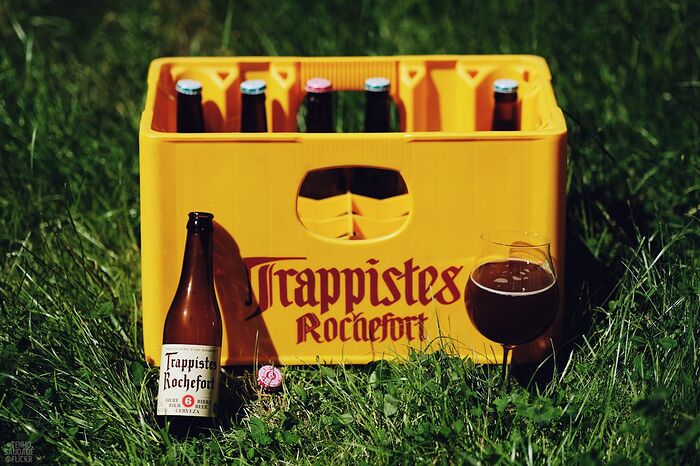 The 3 crates. Finally I can bring back the last crate (they have a deposit). Bought all 3 in Belgium. I’m going to get only the #10 again and put them in my “cellar” for a few years. 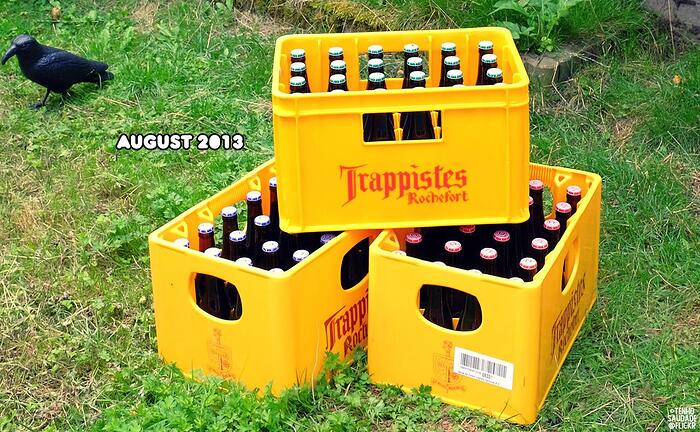 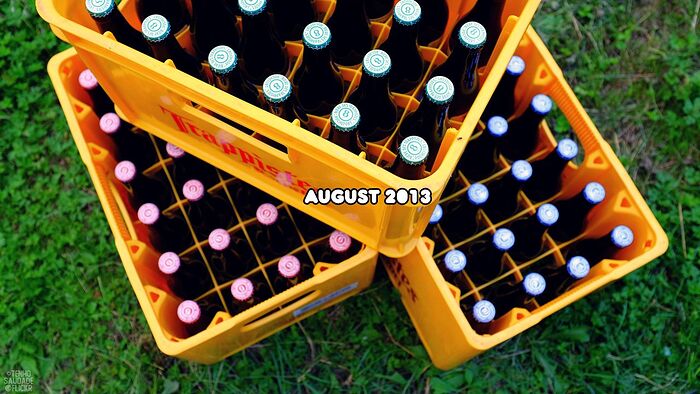 The name “sour rose” is a good hint as this beer has some characteristics of a rose wine with some light tartness from the raspberries and also floral and oak notes. The sour finish is not too dominant and helps to make this a refreshing summer beer. 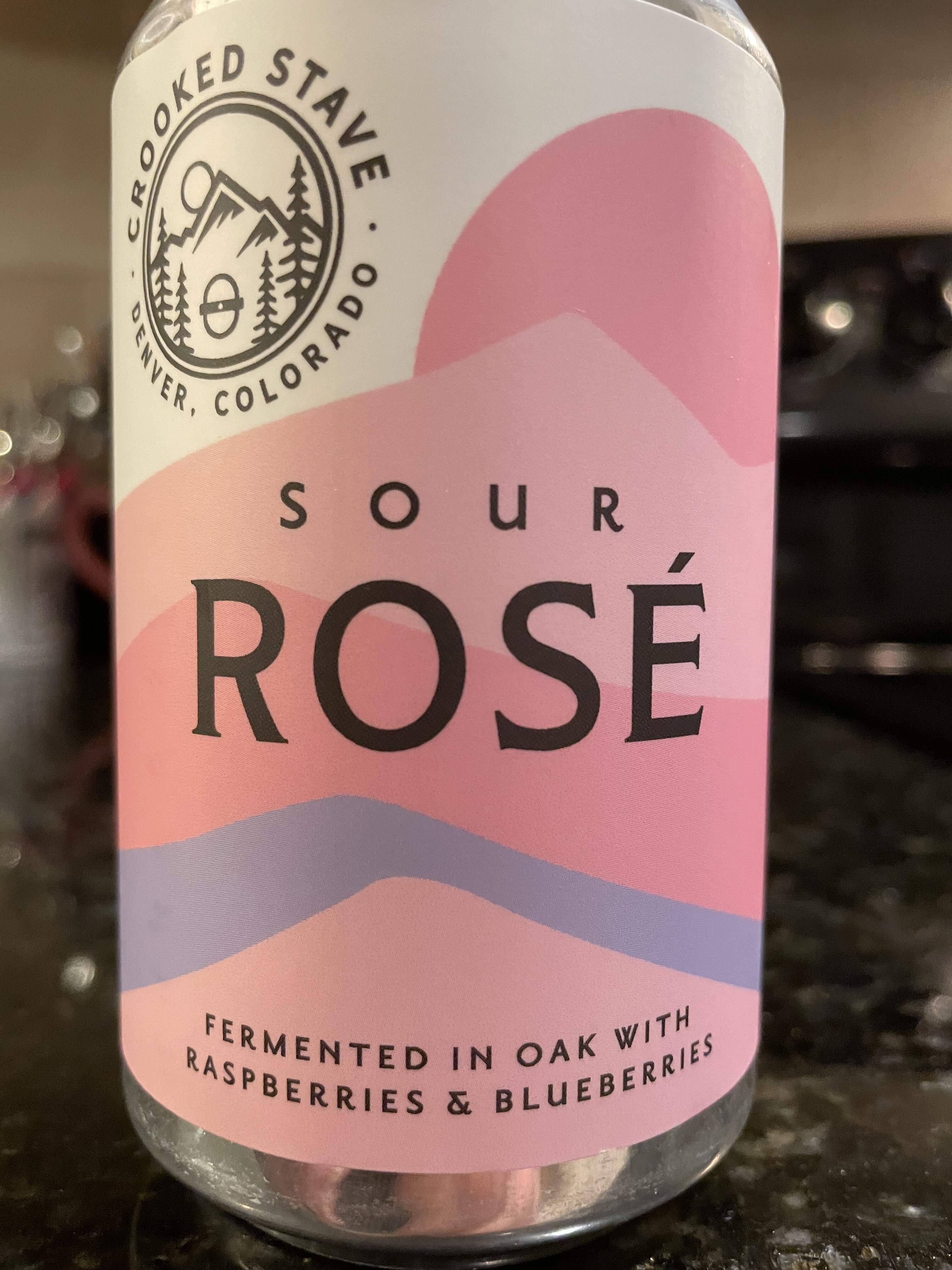 I’m enjoying some of the beers I’ve had fermented in oak barrels. I just had Almanac’s Secret Notion, which is a collaboration with Dashe Cellars.

Peanut butter with its earthiness and slight sweetness upfront but than balanced by caramel, coffee, chocolate and toffee notes of the stout with a pleasant medium bitter finish. A bit in the light side with low carbonation. In general peanut butter is often a great combination for a stout like the outstanding Peanut Butter Milk Stout from Belching Beaver 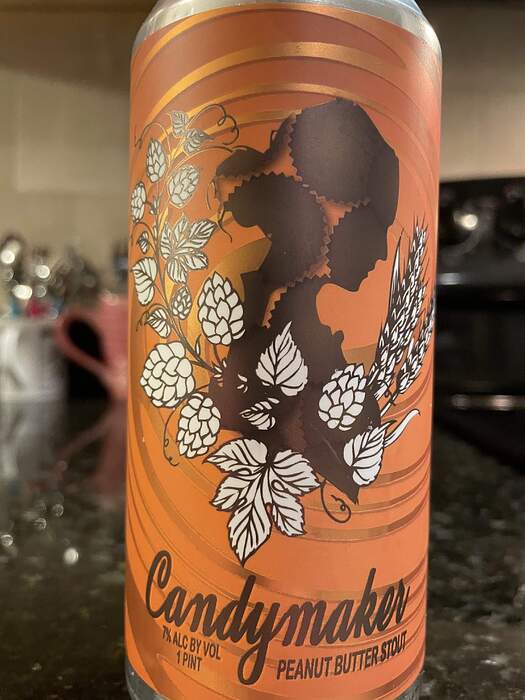 So you do the fermentation in oak barrels yourself ?

No, these fermentations are all done at the brewery. Barrel-aging in wine or bourbon/whiskey barrels seems to be a trend these days. North Coast Brewing up in Mendocino County does some wonderful barrel-aged stouts–you can hold on to these for several years. 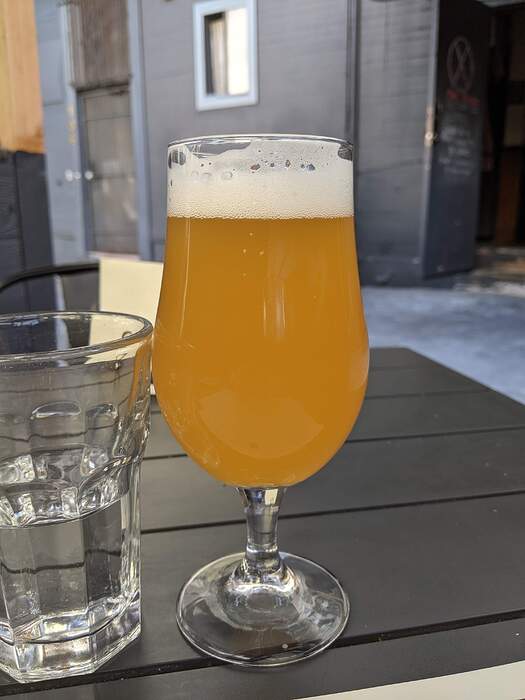 And a glass of Nancy - a tart wild ale with cherries from Allagash (not local - from Portland, Maine) 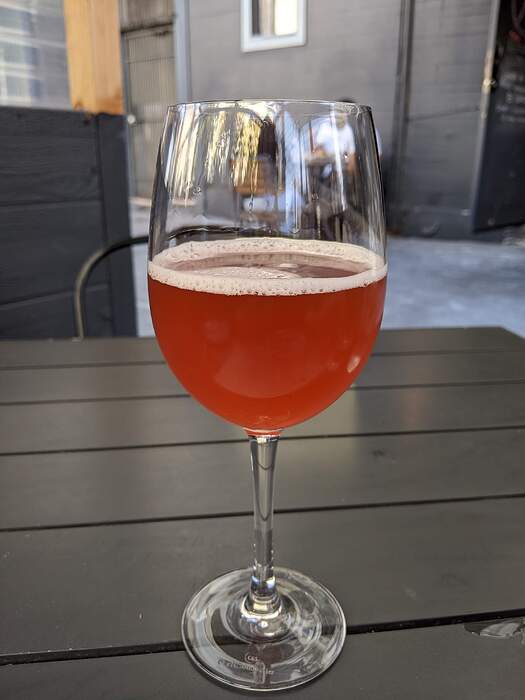 And a pretzel. At The Monk’s Kettle in San Francisco. 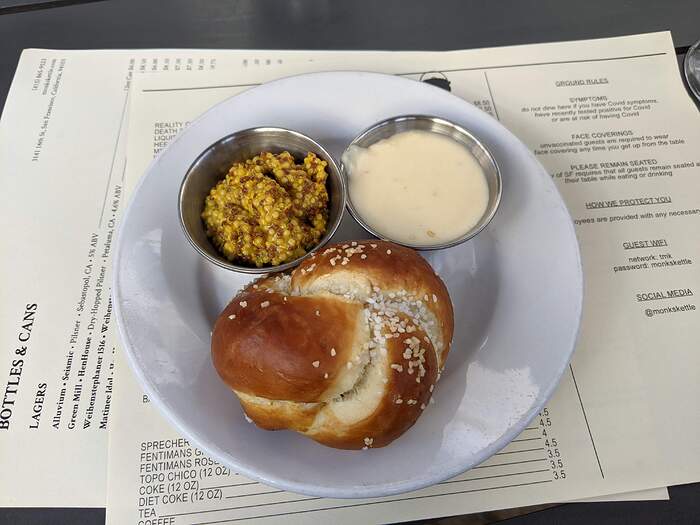 I buy 8 and 10 but drink them during the cooler months.

Floral and pleasantly bitter. Dry-hopped with Ekuanot Cryo (new hop to me) and Citra. 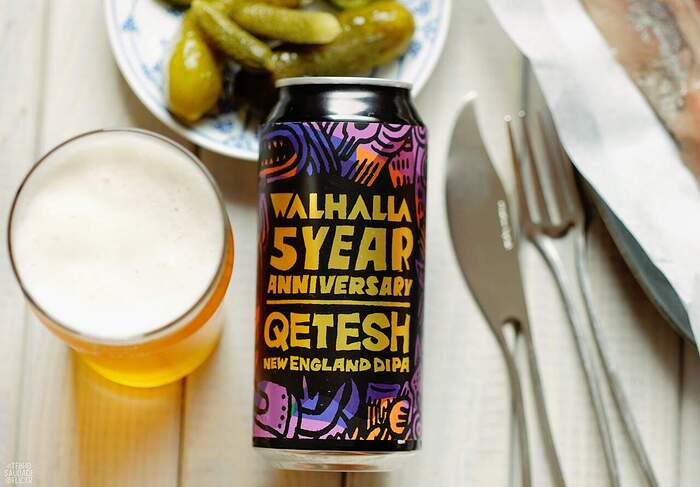 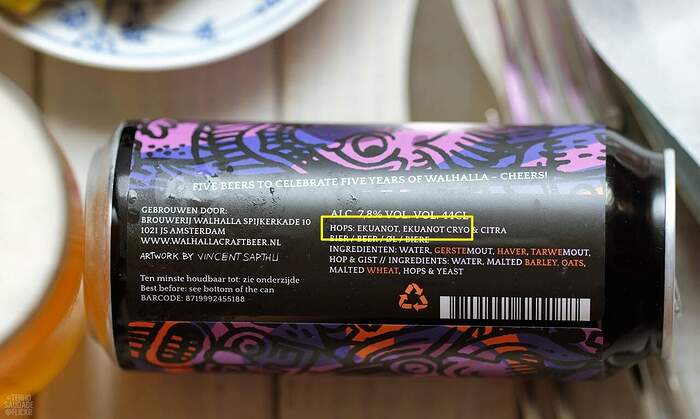 One of their anniversary beers. I went for this “NE DIPA” first. 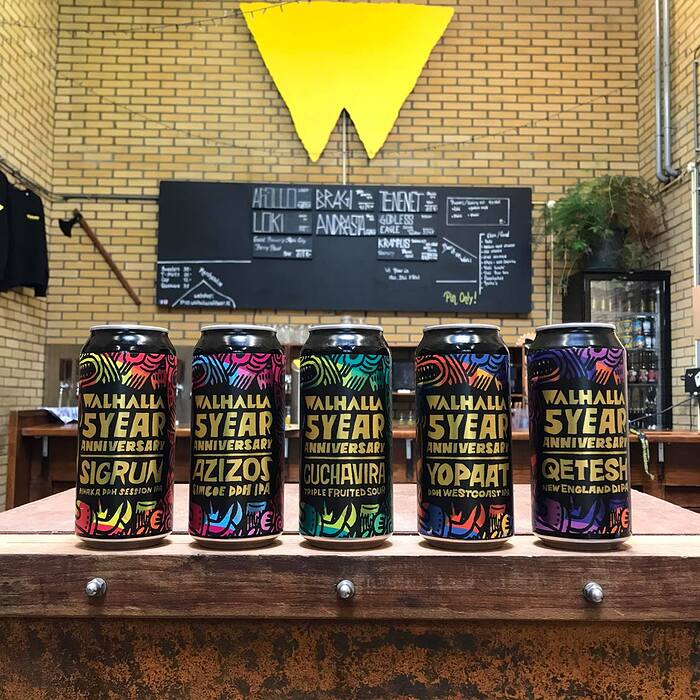 Cheers to five years of Walhalla! 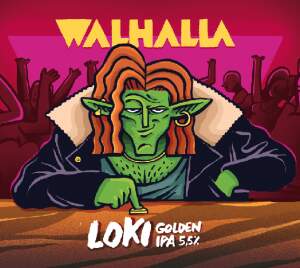 Meet our gods and godesses, ranging from light and friendly to smooth and balanced, to strong and complex. We brew many special releases like the Daemons.

Good things about NEIPA: almost always fruity and/or floral. Usually hazy. So far no NEIPA is bad NEIPA to me.

They have released 2 DDHNEIPAs. One is “DDHNEIPA Double”. What a mouthful. I’m sure my local bottle shop has both already. 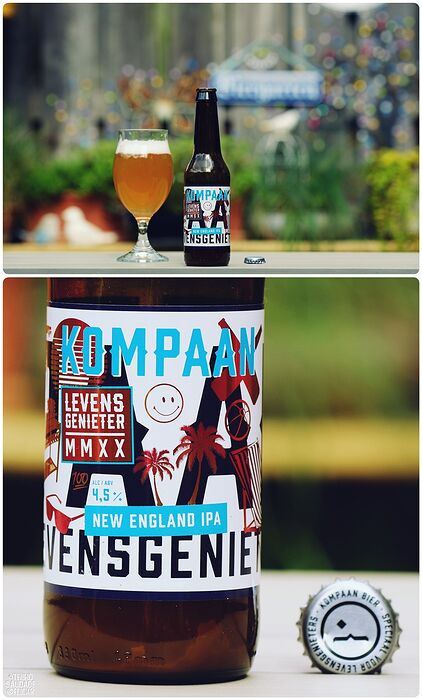 My local bottle shops has a handful of Founders beer but they are all stout. I bought 2 to try. Then last week the partner and I went to a supermarket (where I don’t shop) because partner said they had Founders stuff there. Well, they also have the same stuff my bottler shop stocks. I had to look it up when I got home…Turned out they are no longer the sole owners. Mahou San Miguel owns them. Anyway, this stout is still excellent. 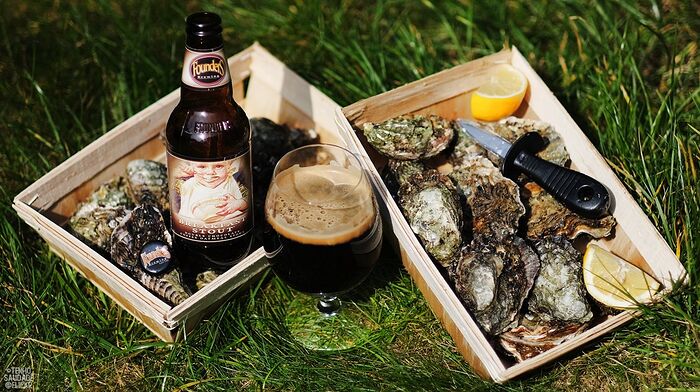 How many IBU do those European NEIPA normally have ?

I think it’s up to the brewers if they want to list IBU on the label and many don’t even bother. Would be nice as I tend to lean towards higher IBU being a fan of bitter/hoppy. I have tried to look it up. It can be anywhere between 20 and 55 (standard NEIPA).

I got a bunch of Dutch beer, here are 2 more.
Not too familiar with “blond IPA” but this one is nice. I need to find more of this style to identify its flavour profile. Also, I hardly see “blond IPA” anywhere. 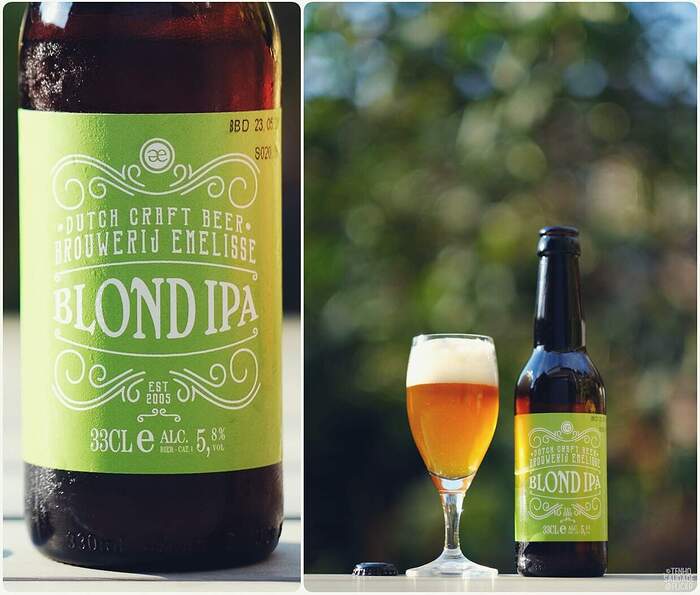 I remember it was a bit too sweet but “DDH” always saves it. 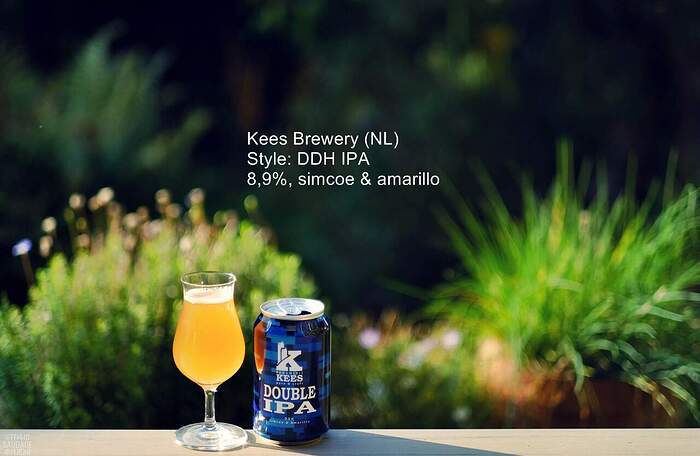 I also bought a handful of Stone. Are they still big and respectable in CA or the US in general? They opened a brewery in Berlin didn’t work out. I like Stone beers, and I also like good German beers. New ideas and old traditions, I like them both. It’s good to have choices.

The tangerine flavour doesn’t ruin the beer. Hazy and bitter (75 IBU), tangerine does not overpower. 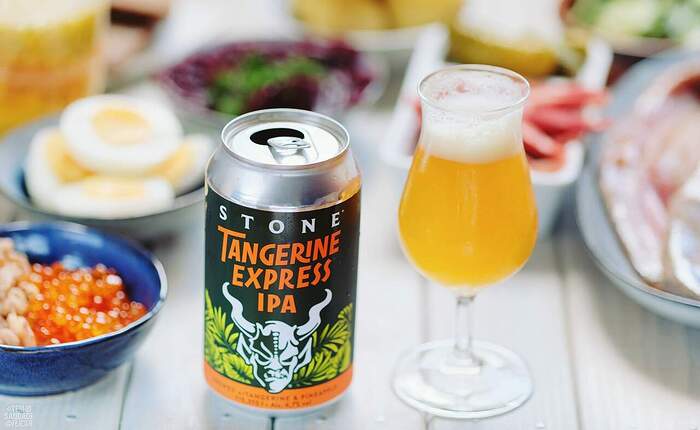 Yes, Stone is still very big in CA and on the West Coast. Should you ever find yourself in the San Diego airport, definitely visit their associated bar/taproom.

Even on the east coast they are quite big. If you look for west coast IPAs in Boston you mainly find Stone (and sometimes Ballast Point and Russian River)

This was well balanced, not too bitter, nice on a hot beach. 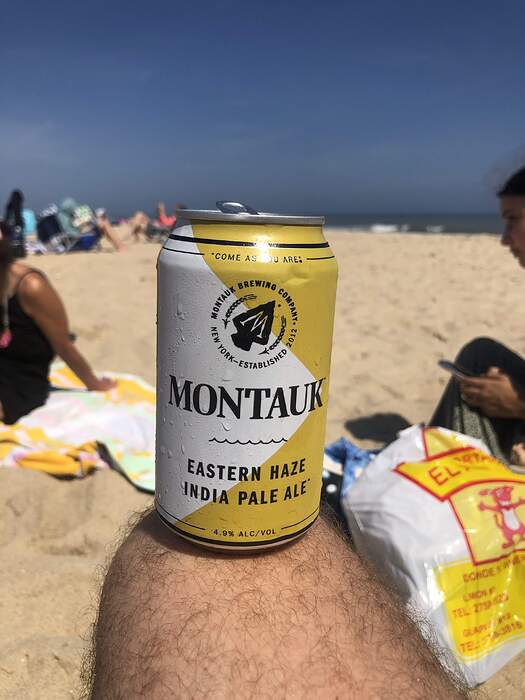 What better way to start drinking beer again in California than with a Pliny - Classical example of a west coast IPA with the perfect balance of flavors of grapefruit, malts and pine, hoppiness and a dry, bitter finish. What makes this beer special is really the balance if the different components without overpowering any of them. 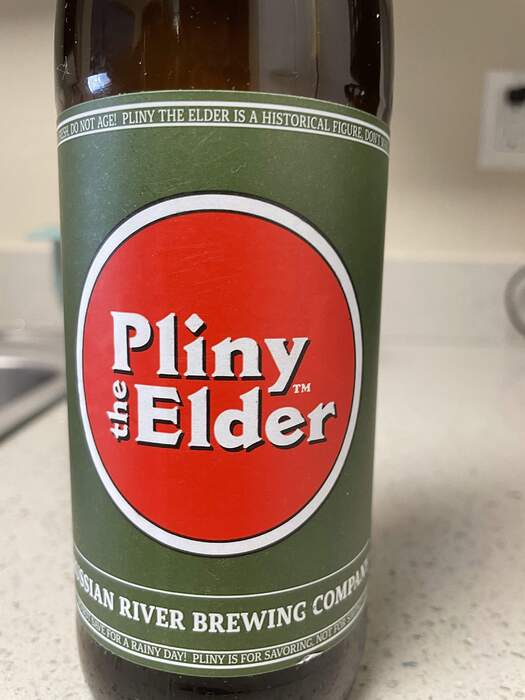 Now you need to have it in Montauk.

Have you tried (or wanted to try) Pliny the Younger?

Close enough - I’m in Amagansett. Montauk Brewery does have a nice little outdoor space, but just serving their regular line up you can buy in cans, nothing unique to the tasting room.