A lot of berry and apple flavor upfront which is dominant throughout with hints of vanilla in the background. Balanced with sourness which stays more in the background than at most other sour beers. Overall dangerously easy to drink and might be a good “starter” beer for some to get into flavored sour beers 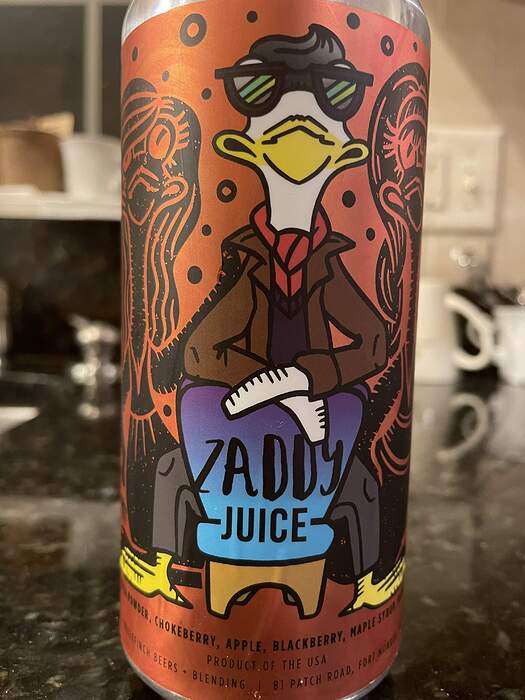 The link you provided is about unsaturated aldehydes which can react in Michael additions to proteins and have not much to do with “aldehyde sensitivity”. It’s unlikely that your autoimmune problems are based on aldehydes in general as your own body produces every day aldehydes in situ as parts of metabolic pathways.

Burst of tropical fruits (mango, orange, pineapple) upfront, followed by some citrus and mild piney flavor and a dry, bitter finish. Perhaps I am overly critical as this NEIPA comes from one of the biggest independent breweries in the US and I feel those larger breweries tend to play it safe to avoid “offending” anybody flavor wise but it’s a bit one dimensional and too fruit forward. 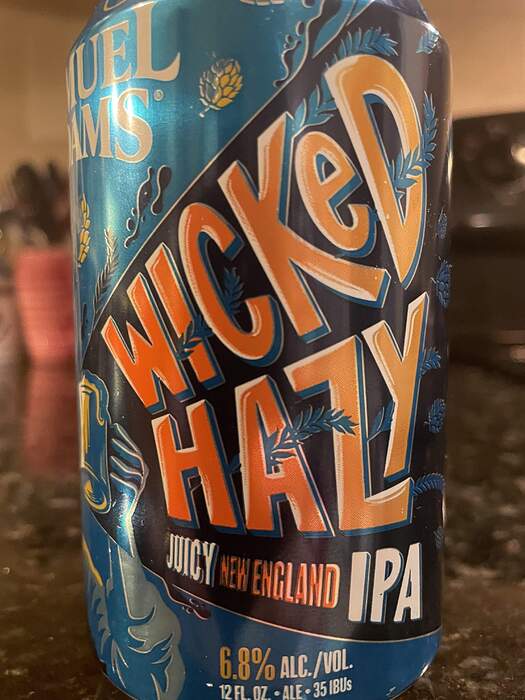 Fruit flavored beers often tend to focus more on the fruit part as the dominant one. This ale has a much more pronounced ale taste - hoppy bitterness etc and the berry flavors are more restrained and less sweet and more tart and supportive with a peppery aftertaste from the shiso. 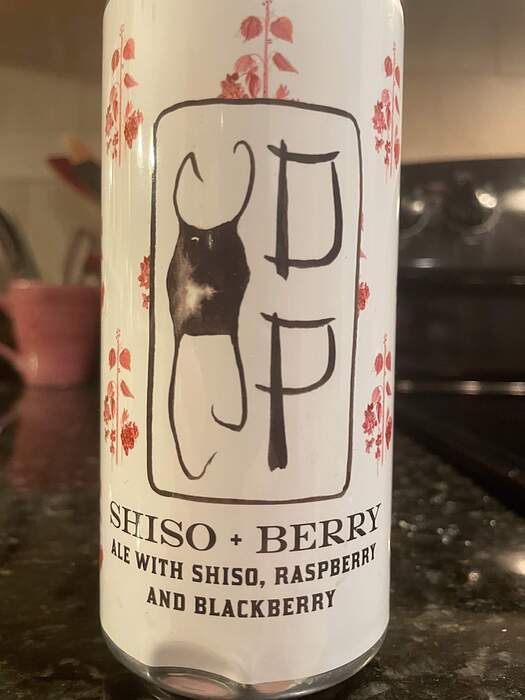 Interesting mixture of sourness from the brett yeast and funky bitterness from the hops and oak barrels with lime and coconut in the background contributing some freshness. Hardly any mango or pineapple flavor. 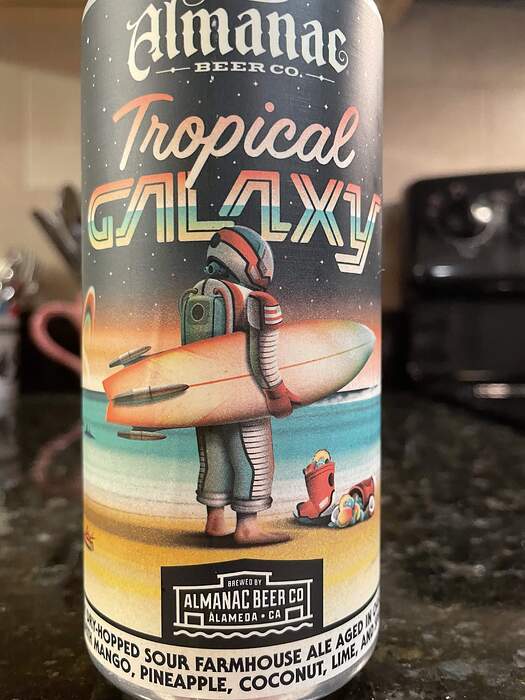 Hardly any mango or pineapple flavor.

Too much going on with the fruits and the dry-hopped ,and oak barrels?

The other day I had a sour aged in whisky barrel but no fruits and not dry-hopped. I think I’d rather it dry-hopped.

Love the fonts on the label.

It’s always tricky with fruit beers or barrel-aged ones that the brewery gets the right balance and that the beer doesn’t come over as gimmicky and more often than not they fail.

Nicely balanced pale ale - some upfront fruitiness (peach, orange) balanced with some hoppy bitterness with piney notes and some grapefruit sourness.
Obviously any “awards” have always be taken with a grain of salt but this IPA was voted best beer in the US by the American Homebrewing Association several times now. It’s a good, even very good beer but I am not sure if I would rank it towards the best beers in the US. 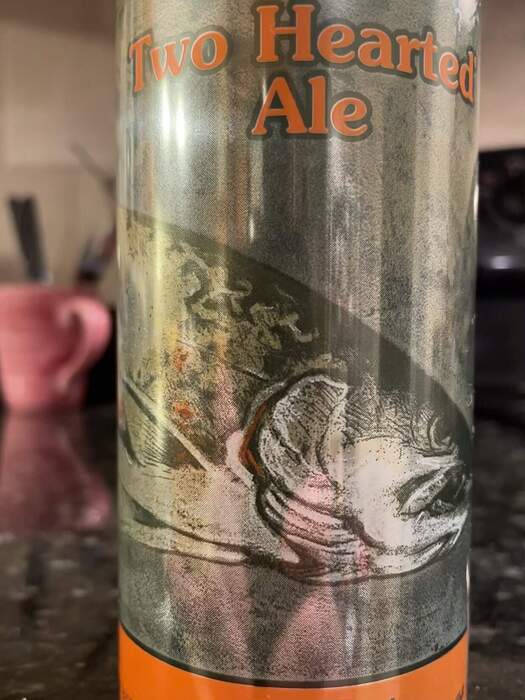 Hardly any mango or pineapple flavor.

Love the fonts on the label.

I’ve had that IPA from Bell’s. I recall it as being decent, but if I’m struggling to recall how it tasted then IMO it isn’t one of my top beers

Interesting mixture of upfront hit of sweetness from the prickly pear with its flavor somewhere in between berry bubblegum and melon before the tartness of the gose balances out the beer. The beer grows on you after awhile and dangerously easy to drink at 10% ABV. 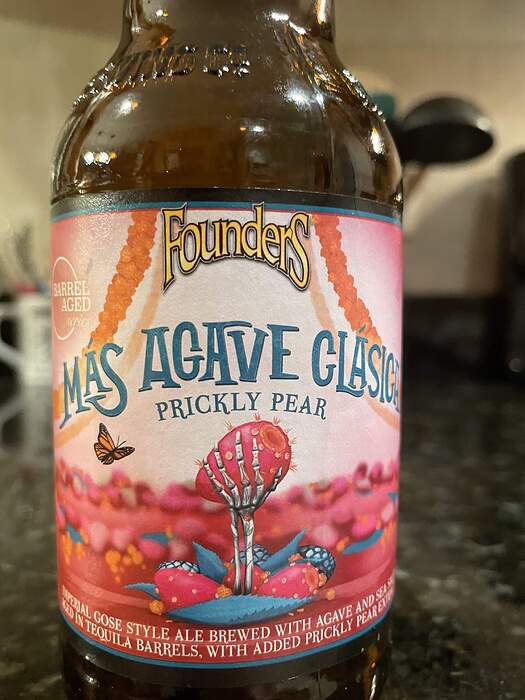 Continuing my sour beer trip - Perfect combination of orange creamsicle with sour beer. Mix of tart and sweet upfront from the orange countered by the sourness. Nice vanilla and creamy finish and a great memory of childhood ice cream. In Germany we had an ice cream called Split from Langnese (Good Humor in the US) which tasted exactly like this beer. 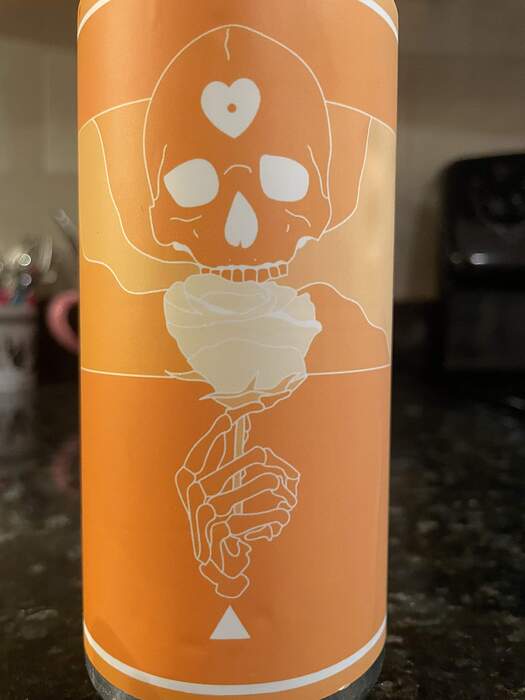 My local craft beer shop has a handful of Founders but only various types of stout. Founders brews other beers, too, surely. Like one with prickly pears in Homkman’s photo. I ate prickly pears in Morocco. I remember it had quite a few seeds and a bit sour.

I shall look closer next time I visit the bottle shop.

Have heard of “2 Hearted” on beer forums. I don’t see any here, yet. Sounds like the kind of IPA I wanna try.

And I did pick up the Bigfoot barley wine in the beer shop just to read the label. Is it “sticky” sweet? I don’t mind the alcohol hit, the sweetness is what keeps me away from the style (have tried many times).

Is it “sticky” sweet?

I wouldn’t call it sticky sweet or even sweet overall. It has at the beginning some sweet notes along with caramel and toffee notes.

I have tried enough times and finally I can say no more “WIPA”. The “W” must stand for “worthless”. This style has almost no taste. I used to drink a crap load of Belgian Witbier for years and years and then one day I dropped it like a hot potato. Could never get back into it again.

Quoting from this site on the style: White IPA should not be confused with Belgian IPA. (…) it technically is a “Belgian” IPA, but it derives much more from the “Witbier” half of “Belgian Witbier” than the “Belgian.” 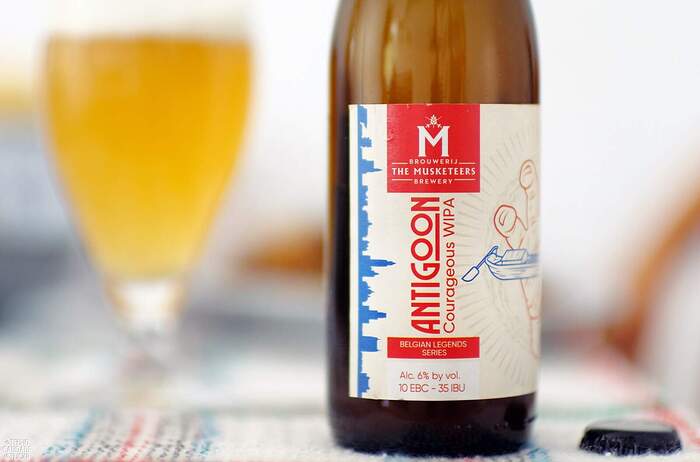 This one, on the other hand, is delicious. But then, I drink almost everything from this brewery. This DDH version is a lot better than their standard IPA. Unfortunately, it was a small batch and was gone in no time. I went back to the beer shop the following week to buy more but there was only an empty space where this beer previously occupied. 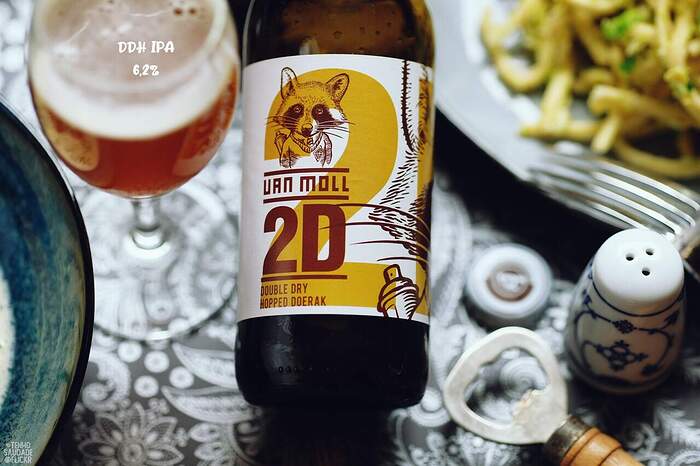 Made 2 trips to the bottle shops:

Most beers in this box are in cans… 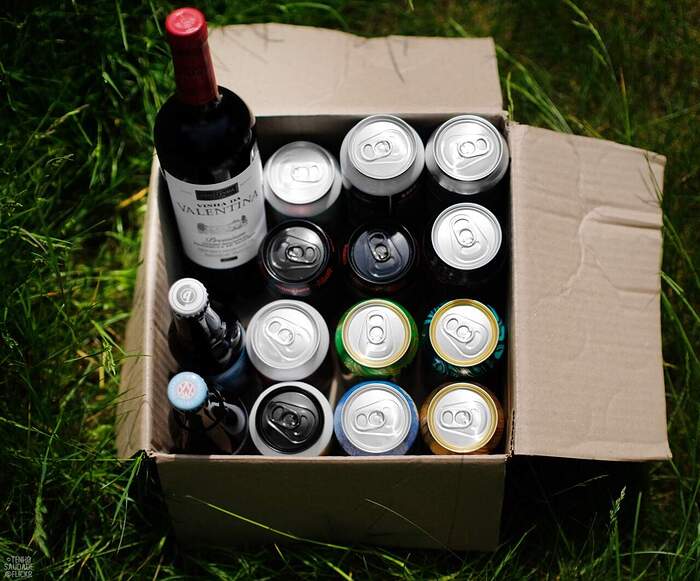 Estonian and Finnish beers, only in bottles. Both breweries make strong dark ales which are suitable for “ageing” and they prefer bottles for this purpose. 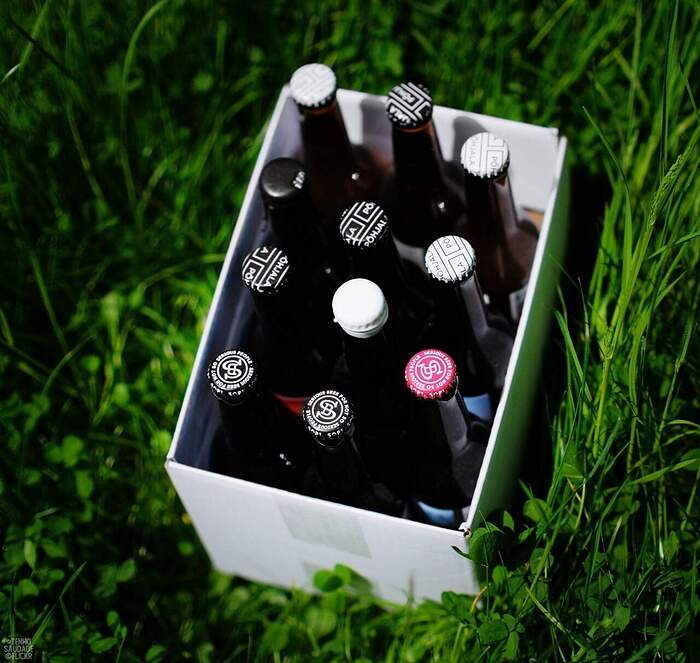 Thanks. I wouldn’t mind that at all. Maybe the beer is still there next time.

Peach, grapefruit and lime upfront with little sweetness but nearly creamy juiciness - afterwards nice bitter (but not overly) hops with some piney flavors and an interesting strong dank finish. 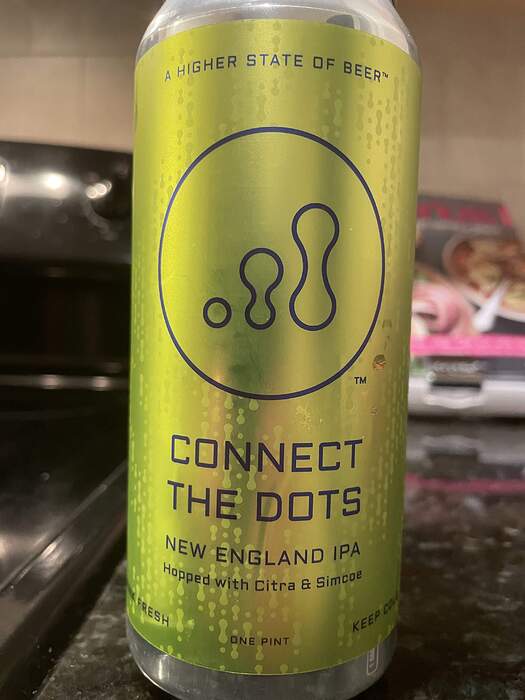 Very well made NEIPA with strong tropical flavors of mango and guava and some juiciness from oranges. But before it becomes too much of a fruit bomb it is countered by some dominant hoppy bitterness and a nice gingery bite and rounded out by a long bitter, resinous finish. Great example why hazy IPAs are so popular in the moment (and so easily drinkable) 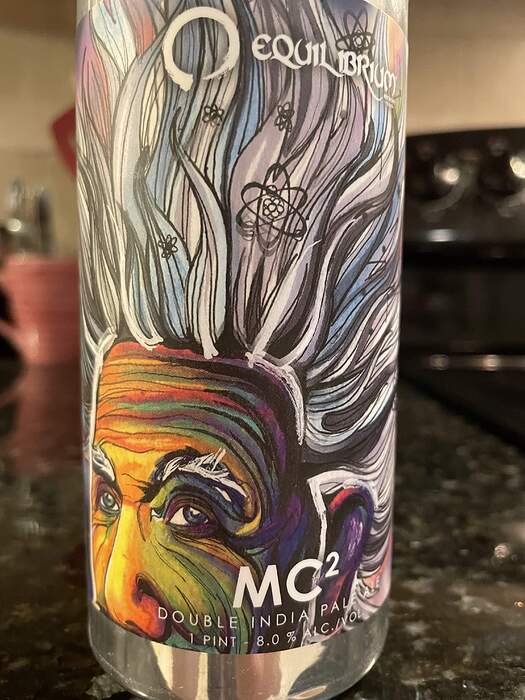 A lot of piney and sour notes with some very mild sweetness and fruitiness in the background (wouldn’t have guessed that there is any strawberry if it wouldn’t be written on the can). Feels very one dimensional and much less fruit forward than expected. It pains me to write badly about such a beer as it is brewed in collaboration with the Pink Boot Society which promoted women in brewing (as in many areas something which unfortunately still need all our support) - but at least for me that was a rather underwhelming beer. 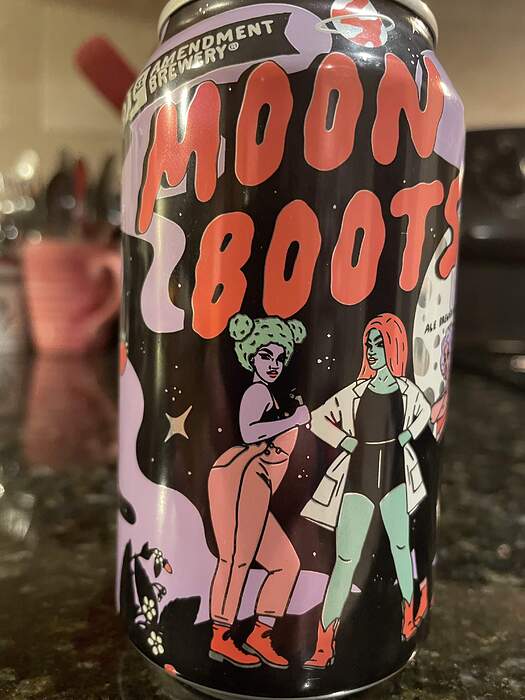 Great example of a hazy DIPA with the perfect balance of juiciness and sweetness (mango, pineapple, grapefruit, orange, passion fruit) upfront. Followed by strong hoppy bitterness and some resinous pine towards the finish. Very refreshing 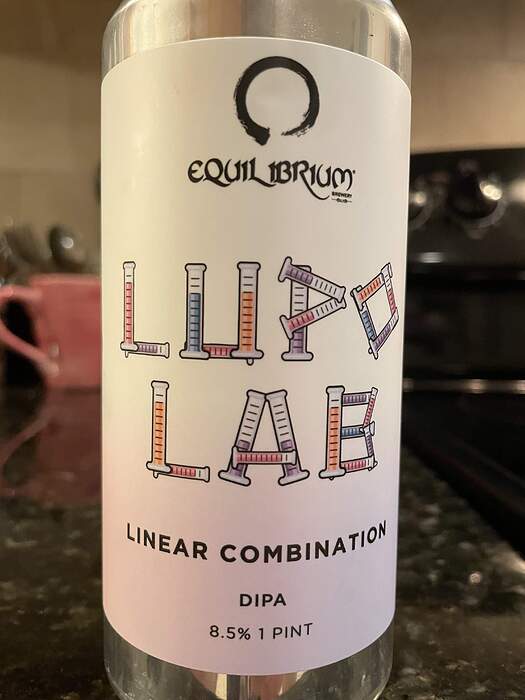