I kind of like airplane food, even the so called overcooked ones. Maybe the food themselves are not great, but usually they are served when I am pretty hungry. When a person is pretty hungry, most things taste pretty good.

Overall, I do dislike the airplane flying experience: long security check line, waiting for delayed flight for hours (sometime), people all cramped together on the plane (and I am speaking as a skinny guy too), having to sleep sitting upright, someone lost my luggage… In light of all that, the airline food is probably the most acceptable part for me.

I agree with you. As I said, it’s fuel. And on a long, monotonous flight it’s something to look forward to. That and the drink cart

I assume that will be the same for tree nuts too (airborne nuts dust).

I wonder if this true for other things too. So if I am allergic seafood, does it means someone eating seafood next to me could somehow affects me too. My guess is no, since seafood does not fly around.

I’ll just tack this on here. I’m not into blogs when it comes to medical advice but this seems well grounded.

That level of sensitivity exists with almost any allergy - I had a friend who ate french fries that had been cooked in the same oil as a deviled crab – her entire face swelled up because of the cross-contamination.

A former colleague’s wife is so sensitive to yeast and gluten that she had an allergic reaction when her husband kissed her after having a beer at an after-work happy hour.

Worst food experience was on AA in first class where they served tuna quiche. I wasn’t feeling well to begin with and that s really did not help matters. Best was BizFirst on Continental to Hawaii with lobster and that marvelous ice cream cart for dessert. Now I’m usually stuck in coach on the shit can that is United so I bring Triscuits, laughing cow “cheese”, plastic knife and vodka.

never ever get on a plane hungry.
or - considering the project flight duration -
any reasonable suspicion you may become hungry.
eat first, regrets you can save for later.

and always pack an emergency food kit.
it’s quite common that things in the air do not go according to stomach plan.

Worst airplane meals, we got several from Air China…eeeek… 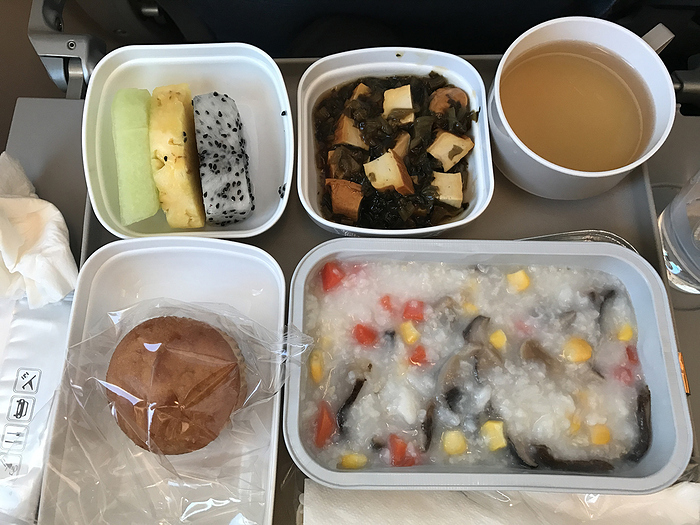 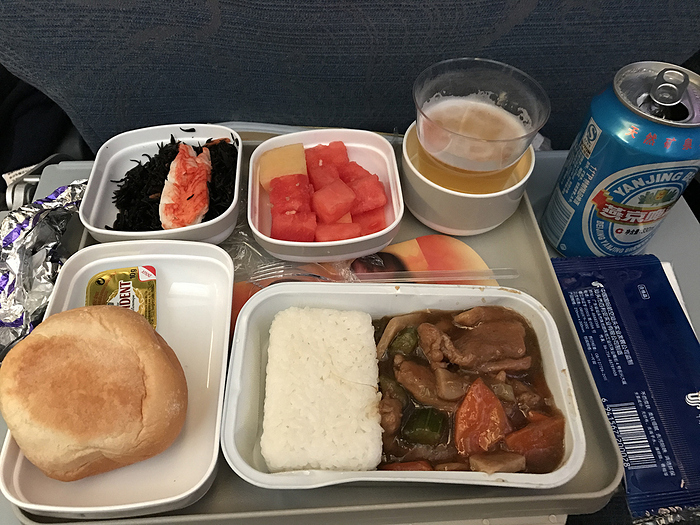 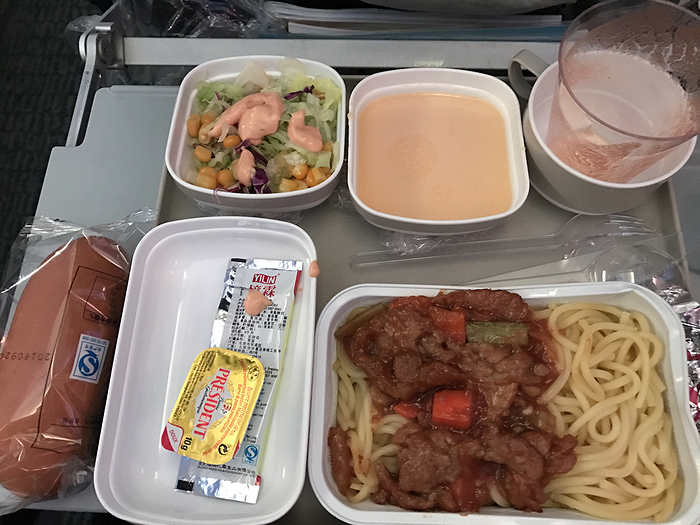 The paid meal from Air Asia are much much better.

It’s rare that airplane meal is spicy. I guess since you need to pay for your drink, they don’t mind you get very thirsty. 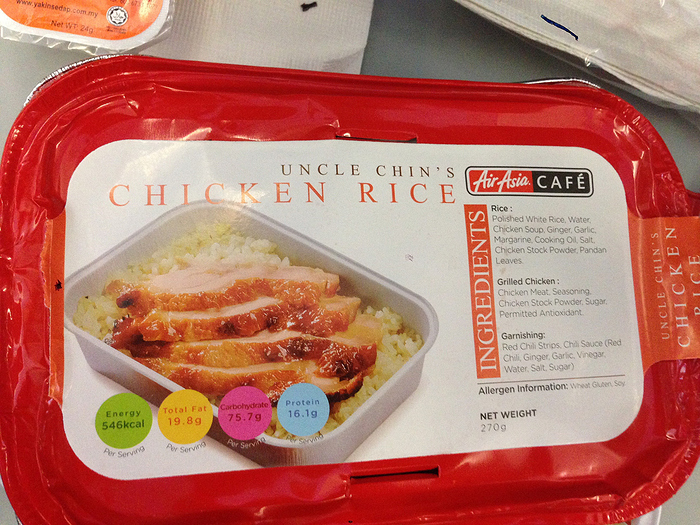 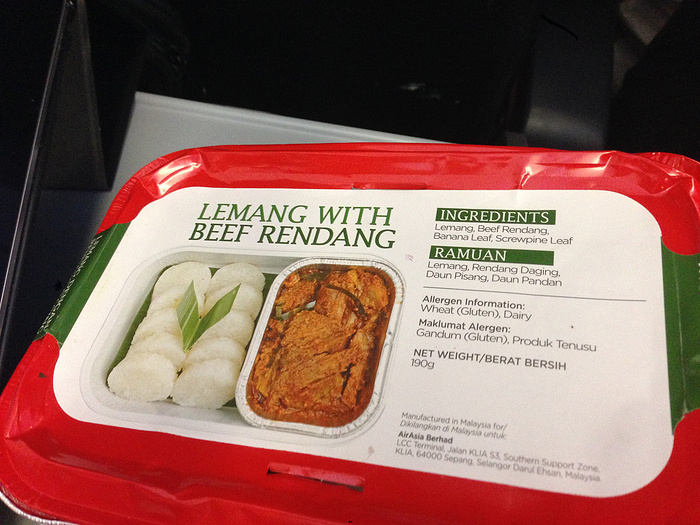 The portions are small, but they taste better than normal airplane food.

I feel like that in either case, they tried. I believe I had much worse looking foods.

How on earth are you (or is he or she - this is an old post) able to take vodka on board?

Simple. 3ounce refillable containers from the Target travel aisle. They fit in the one quart ziploc bag along with the toothpaste, hairspray, etc.

Brilliant! I’ve been so forlorn since the “liquids” rule. Of course, it isn’t much use for leftover red wine, which I always have returning from Europe.

I have a non-Muslim friend who orders the halal meal. Usually tasty and either Middle Eastern or South Asia influenced. But then he orders a beer or wine… I’ve been thinking of ordering the vegetarian one, but is it an actual meal, or just a fruit plate? (I love fruit, but not pre-cut and out of season green fruit).

Usually the vegetarian meal ends up being pasta. Like cheese tortellini.

I’ve always gotten a meal, and as salsalisa wrote, it’s usually pasta or rice and veggies (I do more long haul travel to Asia, so rice is big).

I honestly have no idea which region airline food might fit into (maybe create another forum category), but I guess this is the closest section. And I figured just the airline for the region would be a good starting point for any others that want to chime in on their flights. The only caveat about airline food is that I think we should all agree upon is that its not exactly the most delicious and you probably shouldn’t base a flight on the food (well maybe if you flew something above economy…). …

You can take them on carrier on but you are not allowed to drink them
I have on many occasions but know they can restrict me. Only happened once when coming back from Kentucky after doing barrel picks and had a Willett in my glass. The attendant gave me a warning but let me finish my pour. It was Southwest and they are pretty friendly as a rule