Thankfully it wasn’t a Honeybee “hiving”! They invaded the attic space and walls one year, requiring fumigation, since the queen could not be located and the bees ended up all over the house.

Mason Bees are solitary, each female filling hollow tubes with pollen and eggs. Normally, the availability of suitable tubes is spread out in nature. But, this bamboo bundle attracted a whole bunch of bees, kind of a pseudo-hive. The individual bees don’t cooperate like Honeybees. Mason Bees are also very docile and just about never sting. I don’t think they have a venomous stinger, unlike most bee females.

After this video was shot, I cut some more suitably-sized bamboo because the bees were running out of available tubes to nest in.

I’d love to see a picture! 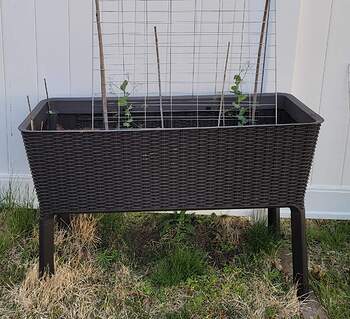 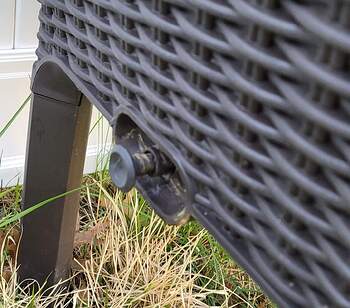 Finally got a chance to grab some photos. I have two like this. I put two rubber pieces and a small wooden board under the legs of one end, so there is a slight tilt towards the spout to promote drainage. The drainage mechanism is ok, but definitely can be improved. I’ve had a lot of success with the other veggies, just not the garlic. I wonder if I would do better if I plant the garlic in early spring.

I wait until mid October to plant, since the weather can still be warm. The last few years my cloves have sprouted early, and I ignore this. It certainly seems the garlic doesn’t mind the planter and the soil in there! Come spring, most will never re-sprout. They’re supposed to be resistant to the freeze, but maybe the long extended cold springs we have in New England aren’t good for the garlic? I wonder if I use pots and move my garlic into the garage, or consider a covering to protect it from the freezing rain and slush in the spring would do better.

I don’t have any experience with that one, but it looks like it might be similar to the Earthboxes I use. My garlic grows great November to March or so, then always struggles in them, when everything else thrives. I’m convinced that among other things, it stays to wet in the spring, and my mix is usually smiles, which is lighter and provides better drainage than soil and most compost.

I gave up on my seedlings and bought plants. Sigh.

my mix is usually smiles,

…is supposed tosay “my mix is usually soiless”.

They’re supposed to be resistant to the freeze, but maybe the long extended cold springs we have in New England aren’t good for the garlic?

Garlic does not like to be soaking wet for any period, especially during dormancy/winter or when it’s forming bulbs. Growing in an elevated container will be more problematic in NE for a couple reasons:

An insulated, rain proof cover, as you mention, may be helpful when it’s overly wet or cold. In wet weather, provide more air flow under the cover. During deep freezes, arrange the cover so potential warmth from the earth can buffer the interior. There will be a lot of attention required, as on sunny days, the cover will need removing.

Farmtek sells an insulating bubble wrap which we’re going to install in our greenhouse to reduce heating bills. I’m not sure if it could help with your situation, …maybe!

I’m going to look into it. You’re inspirational,
@shrinkrap! 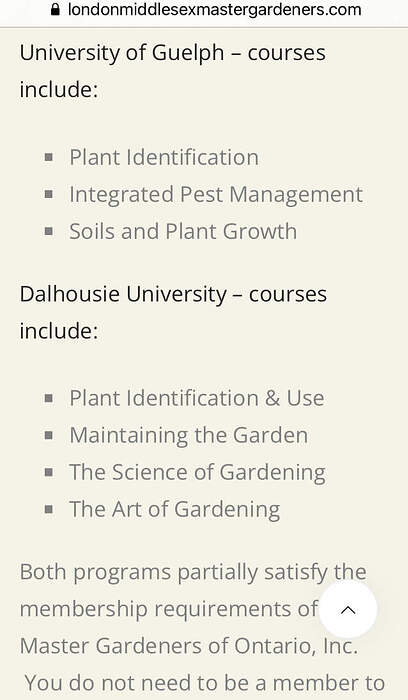 What is a Master Gardener - garden advice you can trust

What is a Master Gardener? A trained volunteer who shares unbiased practical advice to encourage successful and ecological practices for home gardeners.

I’m not an MG (my mother was), but have taken many workshops and multi-level courses with them in vegetable gardening. I also rely on their plant clinic for troubleshooting. They provide invaluable service to the community. Kudos and my thanks to anyone who pursues the certificate.

Sounds perfect! How tall and wide did your plant grow? I can find pictures of the peppers, but not of the plant. I will be potting up to container, and want to get a sense of what space and support it will need.

We were lazy and didn’t stake it but if you do stake it for a container, it’s not a huge plant. It will maybe get a couple of feet high. Produced like crazy!

According to this article, they may actually get up to 5’ in height. 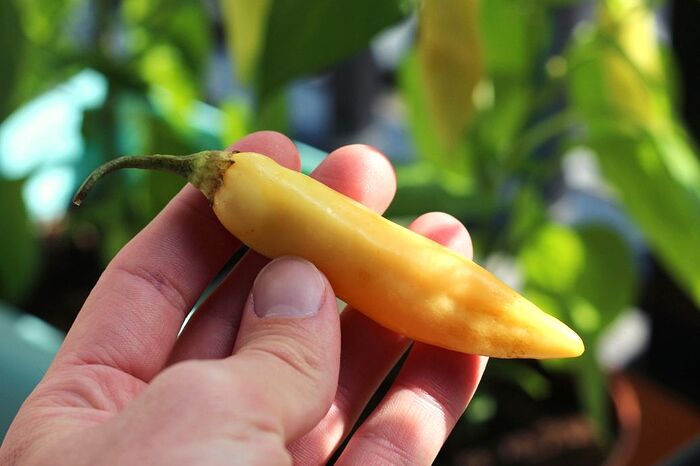 Sugar Rush Peach Peppers are some of the most prolific, delicious, sweet and flavorful hot peppers on the market. Learn about them on PepperGeek!

Well, dang it, this may as well be telling me to give up on garlic!

All seriousness, thank you for the always informative and thoughtful reply @bogman. sigh It does explain why an area of our yard where we planted a few bulbs years ago, will sometimes still sprout garlic! Rogue cloves that never got dug up and cleared out. But I can’t get the garlic to grow anywhere else. Sounds like I either commit to a planter/pot that I can more easily cover and insulate as needed, or I try putting them back in the ground.

I will be potting up to container, and want to get a sense of what space and support it will need.

The plants I’ve grown never got close to 4 feet tall, but they are wide, about 4-5 feet in diameter. To avoid sunburn, it’s best to let them grow outward, using two or more stakes to form a wide hoop the branches can lay on as they get heavy. This way, the leaves provide shade and the peppers dangle below. Expect branches to get very heavy with fruit!

It sounds like in-ground growing would be best, especially since the “volunteer” garlic pops up there.

In general, plants that make bulbs or fat roots, like garlic, onions, radishes, carrots, Florence Fennel/Finocchio, beets, etc., prefer their roots to grow in a cooler soil. In most locations, the soil will be cooler (especially a few inches down) than the air during the day, during the growing season. When the weather gets cold, the opposite is often true until the thermal mass of the soil eventually changes.

Want to grow the sweetest carrots, winter radishes, beets? Plant for fall harvests, when the roots are cool at harvest time. Part of this is because the roots, being cool, don’t metabolize sugars as quickly, while the foliage, warmed in the sun, keeps cranking out sugars to store. After comparing results with spring-sown vs, late summer sown carrots and beets, I stopped planting spring crops which matured when the soil was warm.

Garlic, like many Alliums, is keyed into day length. It’s basically going dormant for the hot season. This doesn’t give a grower many options as to planting or harvest times. Planting in the fall and harvesting during the summer is the norm. Since cooler root/bulb temperatures favor bulb growth, one can choose varieties to help get better yields, based on one’s climate.

In areas with very hot climates, varieties which are quick to mature are often best. In moderate or cooler areas, varieties which mature later are often more productive. The garlic variety Music should perform well in New England, as should German Extra-Hardy, Duganski and Siberian; these are hard neck (Rocambole) types.

Our Sugar Rush plants were also wide–because we didn’t stake them.

My arugula is bolting already, what the hell? It’s not in the least bit hot here!

I am pretty much going to be complaining all summer.
Okay, the lettuce is in good shape, so are the herbs, and I have high hopes for the chard and bok choy.

My sympathies!
I don’t dare to post anything here about our pitiful efforts.

Last year was so great! Sob.